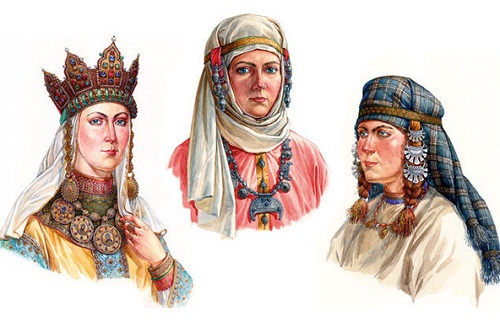 Ancient jewelry headwear of Russian women
First of all, the author of these drawings reconstructing folk headwear of Russian women XI – XIII centuries is Russian artist Oleg Fedorov. Born in Omsk in 1964, Oleg Fedorov graduated from the All-Union State Institute of Cinematography (1988). He worked at the film studio, taught painting and drawing at the School of the Moscow Art Theatre. He based his reconstruction on actual archaeological and scientific data. Besides, many of the works were created for the largest museums in collaboration with leading scientists and experts. A selection of drawings on the theme of women’s jewelry headdress gives us the opportunity to see how beautiful and great our grandmothers looked a thousand years ago.

Woman in headwear with botryoidal ‘naushnitsa’ (on ears), late X – early XI century. According to the materials of Smolensk treasures

According to scientists, almost every light-skinned European is a descendant or a relative of at least one of the European royal houses. It can be assumed that virtually everyone in the European part of Russia, Ukraine and Belarus is a descendant or relative of at least one of the Russian princely families. So, it is possible that the figures in reconstructed ancient women’s headwear, are our ancient grandmothers.

Noteworthy, Natalia Zilina, candidate of historical Sciences made reconstruction of ancient decorations on the basis of excavated artifacts. Drawings by Oleg Fedorov 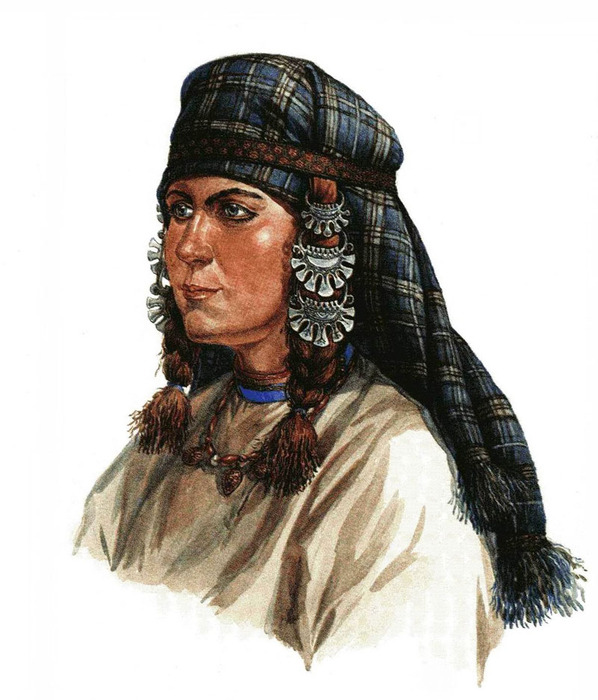 Tape piece with temporal rings. On excavations of burial mounds near Moscow Vyatichi

The reconstruction of the costume and jewelry of a girl from Yaroslavl, late XII – early XIII centuries. On materials of the Institute of Archaeology excavation of Russian Sciences Academy

Vyatichi woman in a ribbon and rings headwear, the end of the XI – XII century 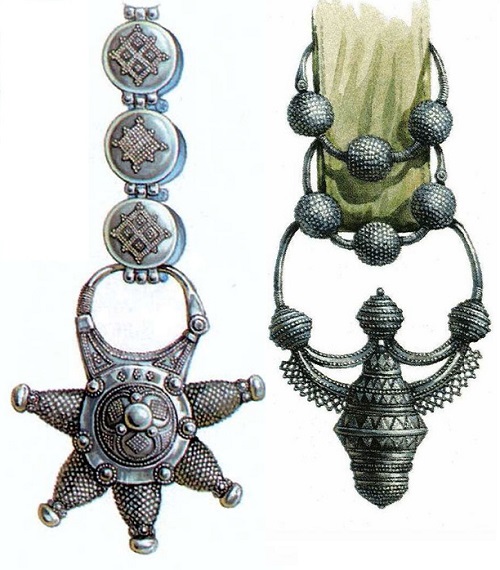 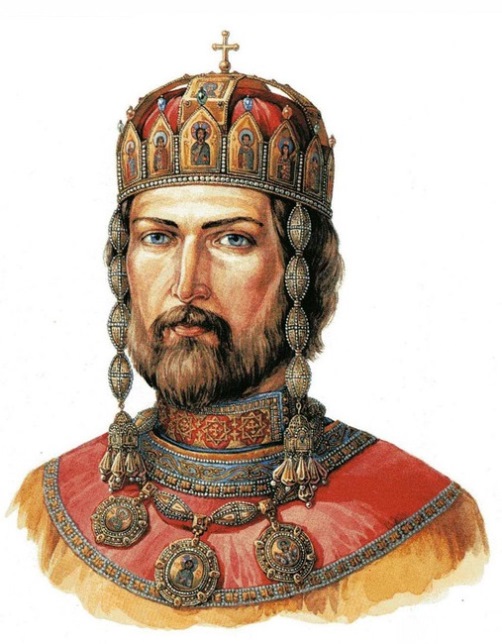 Male grand piece with a crown. Based on materials from the hoards of Old Ryazan 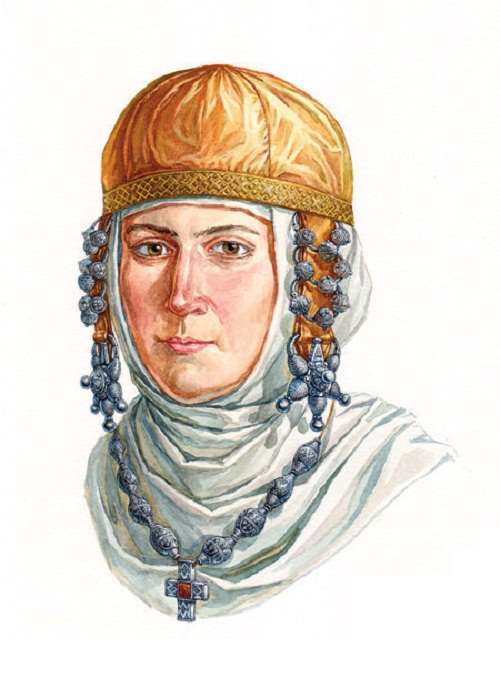 Russian woman in dress with kolt and 3-bead rings, XII century. According to the materials of the treasure of Old Ryazan in 1970 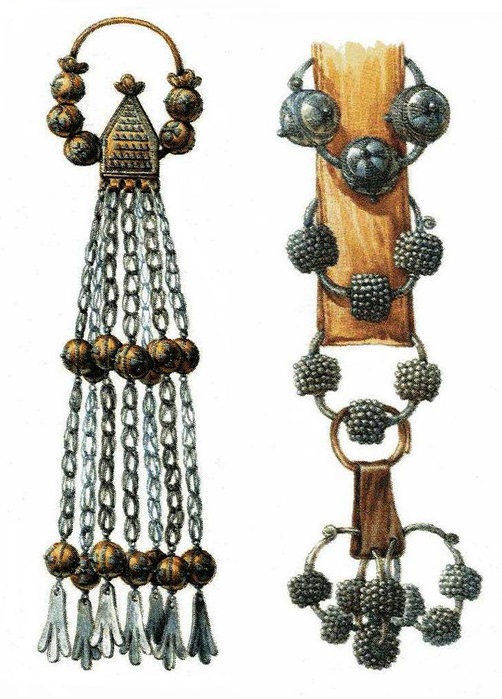 Beautiful Russian princess in enamel headwear with tiara and kolt, second half of XII – early XIII centuries. According to the materials of the Kiev treasures

Russian woman in a headwear with a kolt on ryasno and “ochelie”, the second half of the XII century 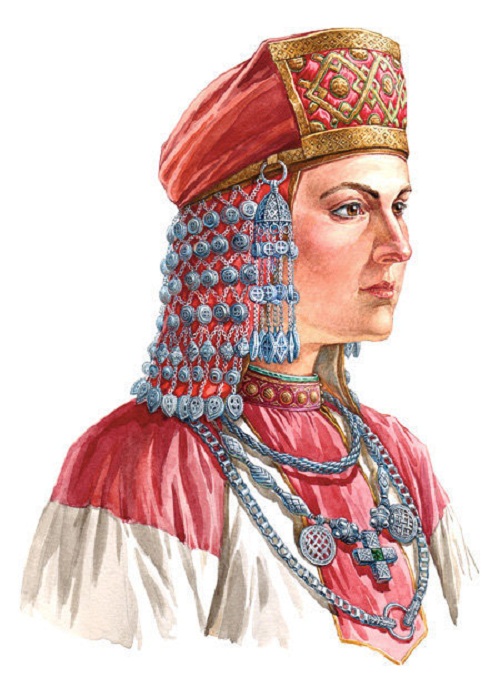 Slavic woman in headwear with bell-like suspension and mesh fabric underneath. On materials of Old Ryazan and Novgorod treasures, XII century