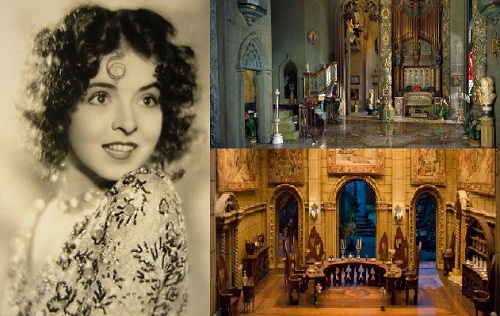 Fairy Castle by Colleen Moore
Beautiful American silent film era star Colleen Moore was born on August 19, 1899, in Port Huron, Michigan. The list of movies where the actress played consists of more than 60 films. But Colleen has also become famous for her luxurious jewelry dollhouse Fairy Castle. The passion for doll houses was inspired by her father Charles Morrison. In her childhood the girl owned seven doll houses, constructed by her father. The first doll house with detailed miniature furniture was built from a cigar box, the actress wrote in her autobiography “Silent Star”, in 1968. Charles Morrison encouraged 29-year-old Colleen for creating her own jewelry doll house. And the Hollywood actress used all resources to create an amazing doll house of large proportions. It took Moore 7 years, more than 700 craftsmen – architects, designers, jewelers, artists to make her dream come true.
END_OF_DOCUMENT_TOKEN_TO_BE_REPLACED 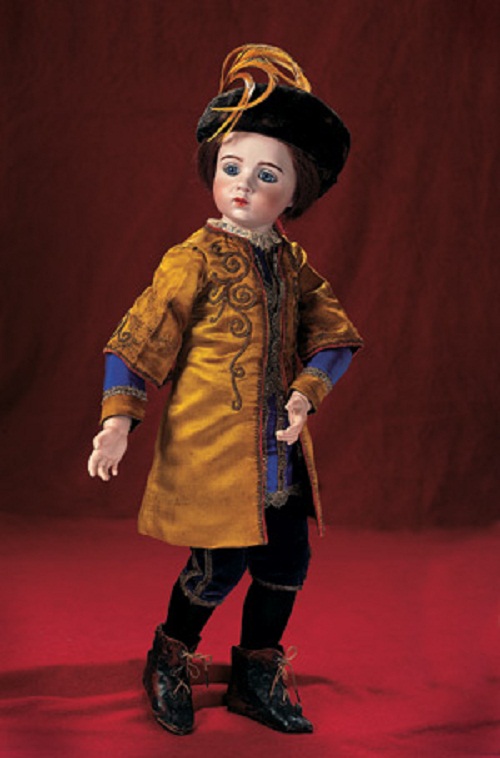 World most expensive toys
There are dolls, toy cars and plush toy animals, which price is comparable to the price of a luxurious car. In the ranking of Forbes Magazine, these are 10 most expensive toys in the world. The most expensive porcelain doll (above photo) costs $ 263 000, sold at Theriault’s auction in Atlanta in in 2009. In the early 20th century, a native of France Albert Marquet was the most famous puppeteer. The exhibition of his dolls in Paris in 1915 became very popular in all Europe. The collection consisted of hundreds of dolls, some of which were immediately sold. Others were packed in the boxes and hid in a hope to keep until better times. However, experts claim that only twenty dolls have survived to this day, which cost now hundreds of thousands dollars. The rare porcelain beauties are a dream of wealthy lovers of vintage toys.
END_OF_DOCUMENT_TOKEN_TO_BE_REPLACED 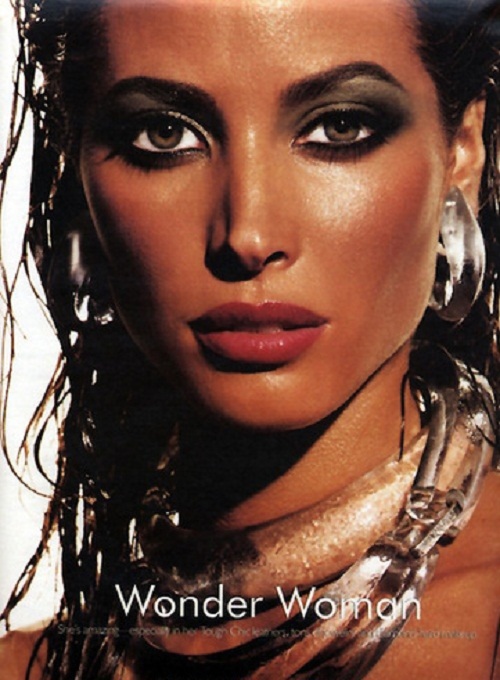 Christy Turlington model and humanitarian
American supermodel of 90’s and advocate for global maternal health Christy Nicole Turlington was born on January 2, 1969, in the small town of Walnut Creek, California, United States. As a child Christy Turlington never thought about a career in the fashion industry. At the age of 13 she had a passion for horses, trained every day and even participated in a local contest. Around this time she was discovered by the photographer Dennie Cody, Christie’s parents reluctantly agreed to the model work. At first Christy didn’t take a new occupation seriously, but she thought that the modelling would bring her the money for equestrian sports.
END_OF_DOCUMENT_TOKEN_TO_BE_REPLACED 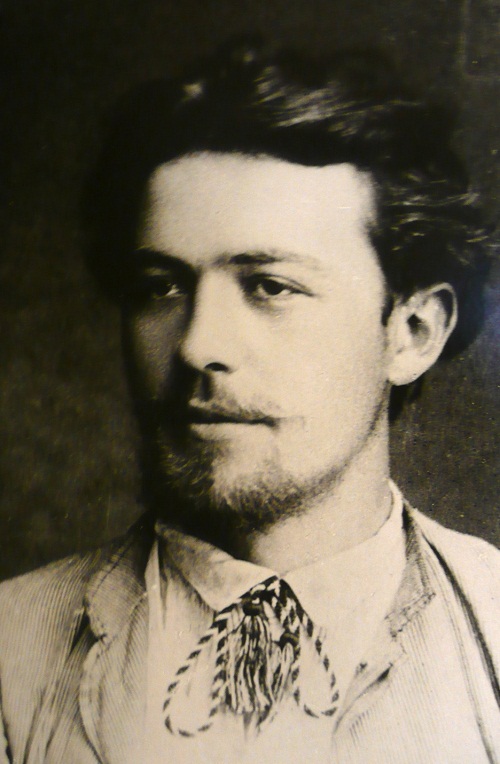 Prominent Russian short-story writer Anton Pavlovich Chekhov did not like to write about himself. The great writer even said that he had autobiographobia. And since Chekhov was a doctor by profession, he knew that this was a disease. It is known that Chekhov often wrote under pseudonyms, he had over fifty of them. The most famous – My brother’s brother, Antosha Chekhonte, Schiller Shakespearovich Gotte, Man without a spleen, Doctor without patients. Of all writers Anton Chekhov is the most filmed.
END_OF_DOCUMENT_TOKEN_TO_BE_REPLACED 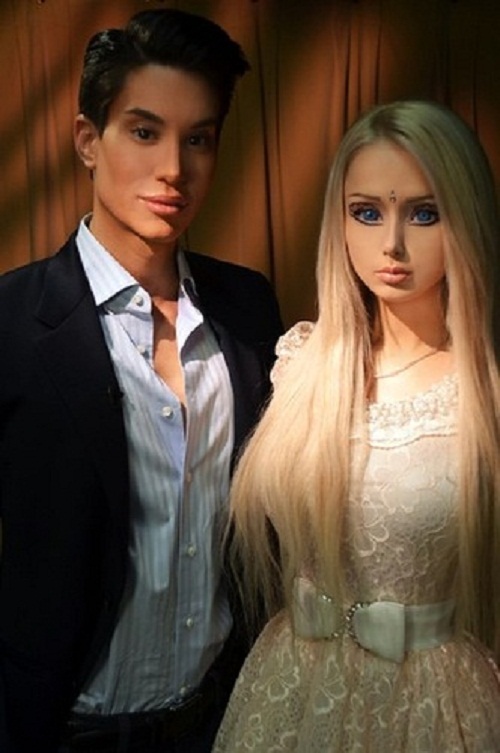 American Ken is not interested in Russian Barbie. Ken and Barbie in Valeria Lukyanova’s Photoshop art

American Ken is not interested in Russian Barbie
Human Doll Ken (Justin Jedlica) said: “She appears to me that much of her look is added makeup, fake hair and slimming corsets. Drag queens have put on the same illusions with makeup and costumes for years”. 32-year-old Ken rejected Russian 28-year-old Valeria Lukyanova. Indeed, Justin Jedlica was disappointed with what he saw, she was not a Barbie at all, no long legs, which were in her Photo shopped images, no doll waist, no smooth skin, no huge eyes. She looked too old and boring for him. To the great joy of Russian anti-fans of Valeria, Justin Jedlica states that he is not interested in the fake Barbie. More than that, their photo of Ken and Barbie is widely commented, first of all by Lukyanova herself. She is furious, because the photo was not previously Photo shopped by her. Valeria Lukyanova has been fooling naive internet users for about 10 years, that’s why Russian Internet users are thankful to Ken.
END_OF_DOCUMENT_TOKEN_TO_BE_REPLACED

Project of paradise on Earth by CIRIS 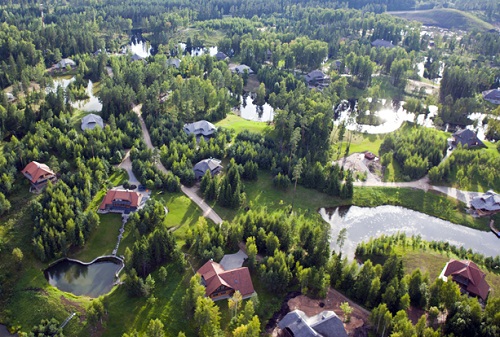 Project of paradise on Earth by CIRIS
Undoubtedly, here dominates nature. And not a man. Latvian millionaire CIRIS is the author of a fantastic project, called Sinotrans – Town of the Sun. First, he bought 3000 ha of forest in the hilly area, and built the ecologically clean village. Originally, the idea of the village came to him when he realized the desire to live in nature. In particular, a facilitated, picturesque place with forest and pond close to the house. Amatciems is the result of this idea and now home for CIRIS, his children, friends and other people who share the same views regarding to the place of residence.
END_OF_DOCUMENT_TOKEN_TO_BE_REPLACED 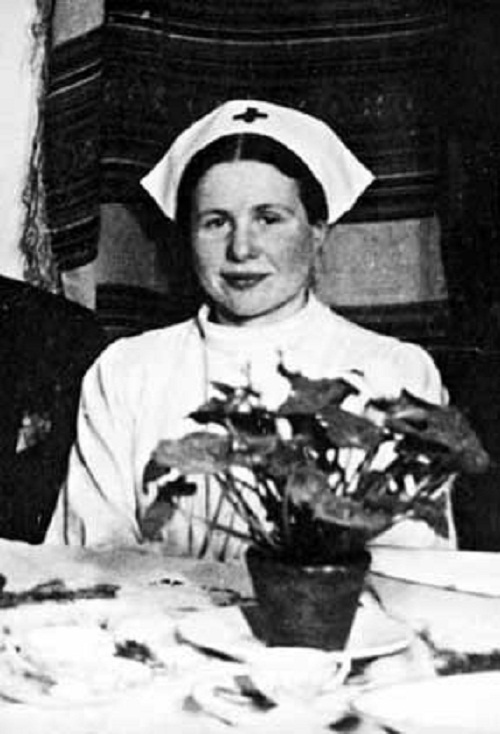 Born as Irena Krzyzanowska on 15 February 1910, in Warsaw, Russian partition, Irena Sendler was Polish Catholic nurse and social worker. She served in the Polish underground resistance organization during World War II. Also, she headed the children’s section of Zegota in German-occupied Warsaw. Noteworthy, Sendler managed to smuggle 2,500 Jewish children out of the Warsaw Ghetto. She provided them with false identity documents and with housing outside the Ghetto, thereby saving those children from being killed in the Holocaust. Nazi caught her, and broke both her legs, arms and beat her severely. However, tortured and sentenced to death by the Nazis, she escaped execution and survived the war.
END_OF_DOCUMENT_TOKEN_TO_BE_REPLACED