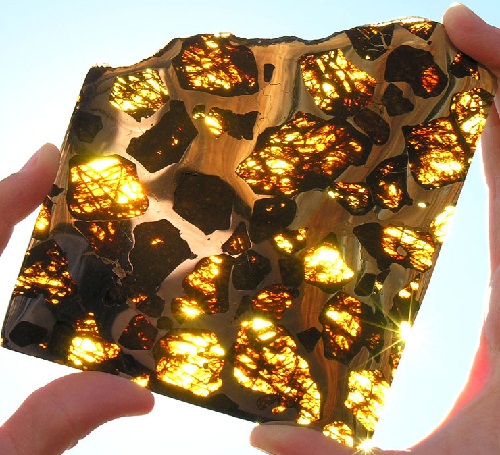 Beautiful Gemstone meteorite Fukang
Noteworthy, it is the most beautiful meteorite ever found on Earth. Thirteen years ago, in 2000 it was found near the Chinese city of Fukang, north-western mountainous region of Xinjiang. The iron meteorite with striking patches of olivine crystals weighed 2.211 kg. These blotches are marked only 1% of all meteorites being found on the surface of the Earth. Gemstone meteorite from outer space was named one of the greatest finds of the century. On February 2005 the meteorite was taken to the Tucson Gem and Mineral Show. Later the mysterious meteorite was investigated in Meteorite Center, Lunar and Planetary Laboratory, University of Arizona in Tucson. The Fukang pallasite contains large, gem quality olivine, or peridot, in a nickel-iron matrix.
END_OF_DOCUMENT_TOKEN_TO_BE_REPLACED 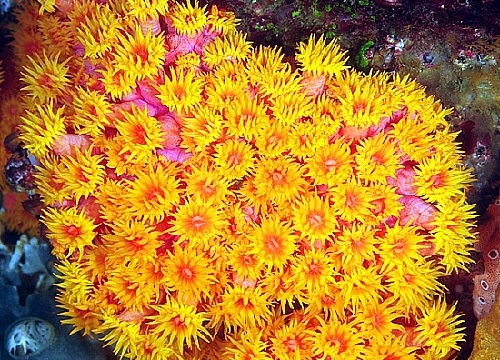 Yellow coral Tubastrea
Also known as sunny coral or sun polyps, Tubastrea belongs to the family of Dendrophylliidae. Sunny corals is a group of corals known as large-polyp stony corals. While they produce a hard skeleton, they do not build reefs. Different species have polyps in a variety of colors, the range of which includes from red to orange and yellow, and even unusual pink. Translucent tentacles of coral can be the same color as the thin tissues covering the colony itself, although sometimes they can be a little lighter, or even white. On the tentacles are numerous nematocysts that are responsible for the capture of nutrient particles. In fact, sunny corals are often found in deep waters, because they do not require sunlight for nourishment. Besides, they often colonize artificial surfaces, such as ship wrecks, for similar reasons. But Tubastrea is difficult to keep in aquarium, because they require daily feedings of zooplankton. In addition, they extend their colorful tentacles only at night, further reducing their appeal.

END_OF_DOCUMENT_TOKEN_TO_BE_REPLACED 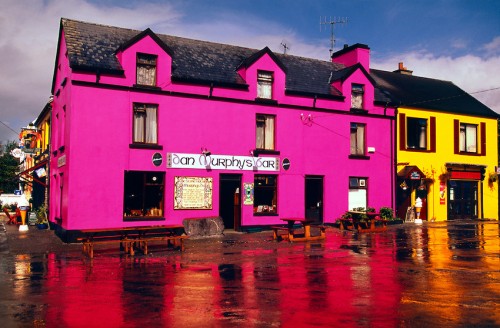 Ireland in colors
The third largest island in Europe (after the UK and Iceland), western of the two largest British Isles, Ireland is beautiful. Often called “the emerald isle”, people traditionally associate Ireland mostly with green color. The green color is one of the three main colors of the Irish flag – the Irish vertical tricolor of green, orange and white. In fact, green color represents the Catholic/nationalist/republican communities. Meanwhile, orange represents the Protestant/unionist/loyalist community. And the white stands for the hope for peace and unity between them. Noteworthy, in 2011 and 2013, Ireland became ranked the seventh most developed nation in the world by the United Nations’ Human Development Index. Also, Ireland – highly ranked for press, economic and political freedom. Besides, in 2011, Ireland ranked the most charitable country in Europe, and second most charitable in the world.
END_OF_DOCUMENT_TOKEN_TO_BE_REPLACED

River of poets and artists Li 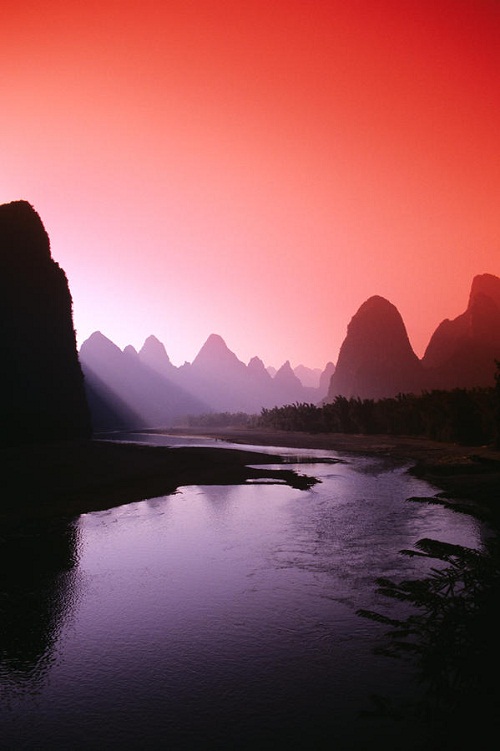 River of poets and artists Li

River of poets and artists Li
While on earth there are so many places that can be called a “photographer’s dream”, but very few of them can make you feel like you were inside a beautiful picture. One such place is the River Li. It is located in the Chinese province of Guangxi Zhuang Autonomous Region, China. The picturesque scenery of landscapes surrounded the river gave it another name – the “River of poets and artists”. Incredibly beautiful green hills of Karst mountain, conical limestone peaks, terraced rice fields, colors of river at sunset and dawn highlight the famous Li River cruise. The particular part of the river between Guilin and Yangshuo is well known for its spectacular poetic views.
END_OF_DOCUMENT_TOKEN_TO_BE_REPLACED 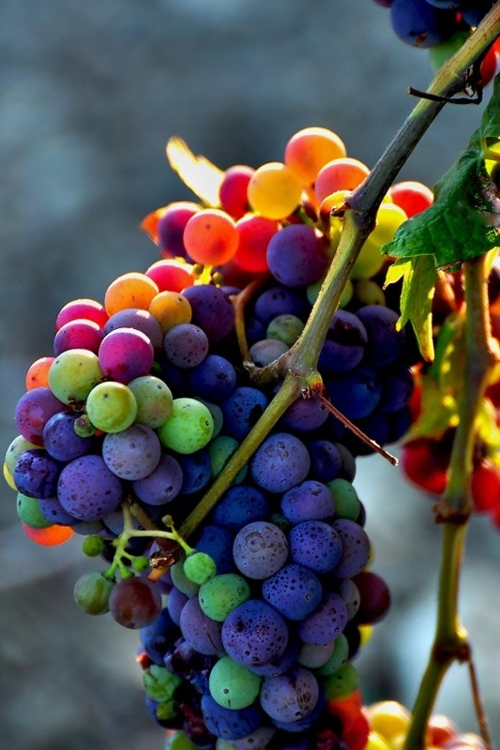 Grape inspiration
In this photo, the grapes change color from green to purple and start making sugar. Such beauty has also delicious flavor, so attractive to people and animals. The process is called veraison. The fruit changes from acidic to sweet with fruity aromas. Grapes are not only succulent and mouth-watering, but have numerous health benefits. There is a common belief that French people are generally healthier because they consume red wine as part of their diet everyday, and this phenomenon is called the French paradox. The paradoxical epidemiological observation proved that French people have a relatively low incidence of coronary heart disease.
END_OF_DOCUMENT_TOKEN_TO_BE_REPLACED 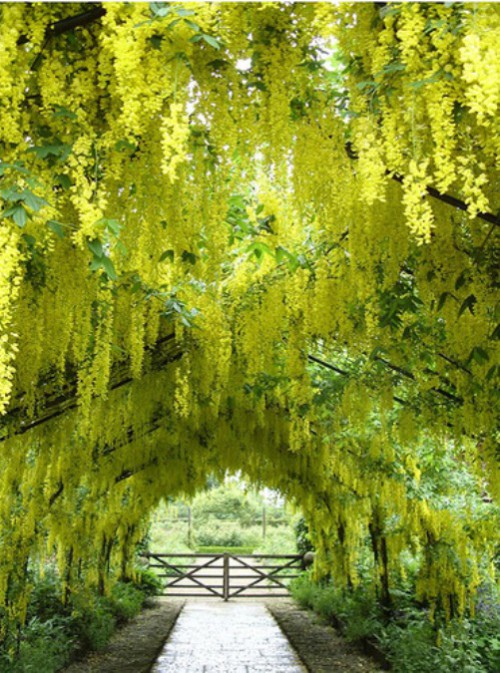 Beautiful Laburnum golden chain tunnels. The trees are planted in front of each other and directed along the arc, thus forms the magnificent yellow canopy over the head

Laburnum golden chain tunnels
This beautiful plant has a name Laburnum, in Russia it is “bobovnik”. The plant Laburnum has a poetic name golden chain, due to the yellow color of its flowers. Cultivated as ornamental trees for gardens and parks, picturesque Laburnum tunnels is the amazing creativity of nature and man. Its seed looks like pea, but in fact they are poisonous. The species of Laburnum grow in the mountains of southern Europe from France to the Balkan Peninsula. Noteworthy, people used Laburnum for making musical instruments – recorders, flutes, and bagpipes.
END_OF_DOCUMENT_TOKEN_TO_BE_REPLACED 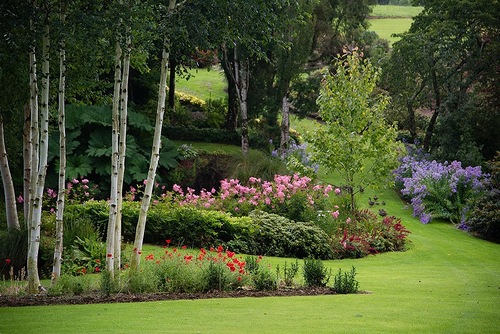 New Zealand Maple Glen garden. No matter what the weather or time of year the garden is breathtaking. Every time you visit – you see different things

Beautiful Maple Glen garden
Located in the southern part of New Zealand, Maple Glen garden is privately owned. A family garden, whose owners are Bob and Muriel Davison. They bought the land in 1966, when there was only a small house with a small garden. Despite the great interest in gardening, at the time the Davison family could not afford anything more than trivial shovels and rakes. Development of the park began in the early 1970s, when children appeared in the family. Later the garden was called Maple Glen as there were more than 30 varieties of Japanese maples. For many years the garden area expanded, and today all lands occupy 25 acres. Now, on this territory can be seen very interesting and exotic species of plants and animals of different colors.
END_OF_DOCUMENT_TOKEN_TO_BE_REPLACED