Artificial fur trees make your Christmas beautiful
I don’t know exactly how many thousands and millions of fur trees will be cut for our favorite holiday – Christmas, the tradition is still alive, unhappily in my country too… I think it is absolutely irresponsible and and even cruel to cut down such beautiful trees to use them for some days and then – to throw out. Your holidays can be unforgettable and special if you use your creativity, talents of a decorator and a designer. If you don’t have much time on your hands to decorate you could buy an artificial fur tree. All you need – to match the design theme of your home. Now, not only will you have home decor that’s easy on the budget, you’ll also have a hassle-free time decorating your home. These colorful artificial trees also make unique decorations for Halloween, Valentine’s Day, and other non-Christmas occasions. No matter what day of the year you use them, your celebrations are sure to stand out with an artificial Christmas tree
END_OF_DOCUMENT_TOKEN_TO_BE_REPLACED 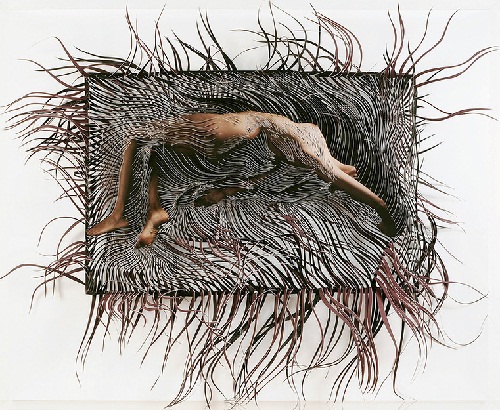 Art works of paper by Georgia Russell
Born in 1974 in Elgin, Scotland, Georgia Russell is a beautiful young artist. She studied Fine art at Aberdeen University and the Royal College of Art. Georgia Russell techniques is unusual – she slashes, cuts and dissects printed matter, transforming books, music scores, maps, newspapers and photographs into a 3D objects. It is interesting to see how the artist re-shapes the original piece. She does it with its content and reinvents it completely with strong colors and wild cutting. The mixed media installations of human body photography have become amazing paper work sculptures
END_OF_DOCUMENT_TOKEN_TO_BE_REPLACED 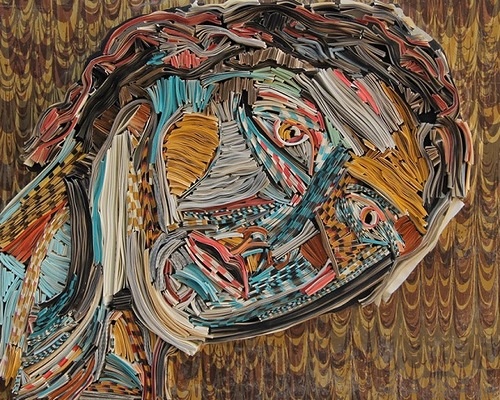 Nick Georgiou sculptures from books
Tucson artist Nick Georgiou is the author of these cool paper sculptures. According to the artist, “the death of the printed word/world, economic collapse, political and environmental uncertainty inspired him. No matter how nice the smell of old books is, their weight and the fact that trees go down to make paper are huge disadvantages. Nowadays, e-book readers offer enough storage for entire libraries which would be impossible to carry while traveling.
END_OF_DOCUMENT_TOKEN_TO_BE_REPLACED

Page 2 of the Dresden codex

The Dresden Codex
Also known as the Codex Dresdensis, it is a pre-Columbian Maya book of the eleventh or twelfth century of the Yucatecan Maya in Chichen Itze. According to belief, The Maya codex is a copy of an original text of some three or four hundred years earlier. Noteworthy, it is the oldest book written in the Americas known to historians. The Dresden codex – generally considered the most important of the few that survive. The Book is in the museum of the Saxon State and University Library in Dresden. The manuscript was acquired in Vienna from an unknown person in 1739 by chief librarian of the Dresden library Kurfürstliches IK Getse.
END_OF_DOCUMENT_TOKEN_TO_BE_REPLACED 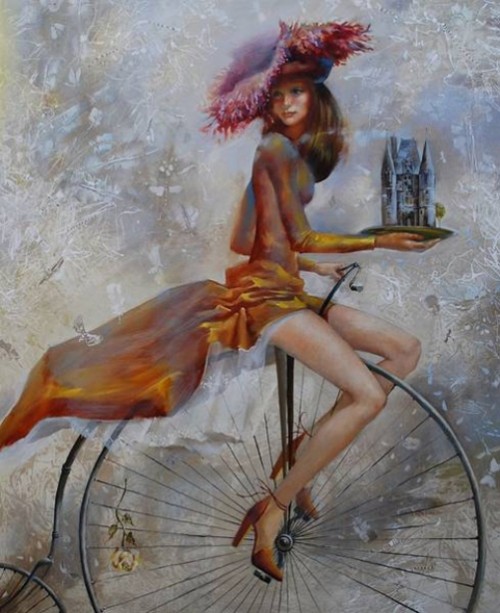 A girl on a bicycle. Painting by Belarusian painter Oleg Tchoubakov

Belarusian painter Oleg Tchoubakov
born in 1969 in Minsk, Oleg Tchoubakov is a talented Belarusian artist.
During 1981-1985 Oleg studied at the Arts School in his native Minsk. Then he studied at the Belarusian State Academy of Arts (BSAA). After the graduation from the Academy, in 1995, Oleg Tchoubakov began participating in art exhibitions. And the first one was at the “White Festival”, Palace of Arts, Minsk, Belarus. Meanwhile, in 1998 was his first exhibition abroad – “The Dance” – National Theatre – Prague, Czech. In addition, “Force of attraction” – Bordeaux, France in 2003, “Outside of time” – Gallery-rue Charles Hansen-Brussels, Belgium. The same year of 2005 – “The mystery of the Venice carnival”- Gallery Stella international – Paris, France and “Grand Marché d’Art Contemporain ” – Bastille – Paris. Besides, 2005 – “Walking” – Lithuanian national committee for the UNESCO – Vilnius, Lithuania; 2005 – “The fire of passion” – Gallery Stella international – Paris, France, etc.
END_OF_DOCUMENT_TOKEN_TO_BE_REPLACED 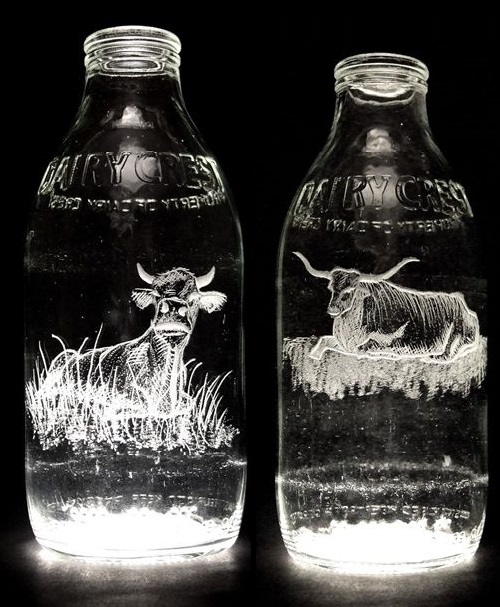 A cow and a bull. Milk Bottle Engravings by Charlotte Hughes-Martin, English artist

Milk Bottle Engravings by Charlotte Hughes-Martin
British artist Charlotte Hughes-Martin, resident of Stourbridge, West Midlands (UK) buys bottles at a local shop and makes beautiful engravings inside of them. According to Charlotte Hughes-Martin, reaction to this milk bottle project has come as a bit of a shock to her. She has been engraving milk bottles with various different images and leaving them on random doorsteps. The artist says, that she likes the idea of finding Art in unusual places.
“It’s happened to me a few times, and when I get to see these special sights it makes me feel privileged. Like trusted with a really excellent secret, or chosen for something exciting that most people don’t grasp. Wish others felt the same way. Any person who notices this bottle – the milkman, or the dairy worker, or the “chav” walking past and seeing an empty milk bottle that they want to steal! In particular, I like the idea of making people do a double take when they notice something new”.
END_OF_DOCUMENT_TOKEN_TO_BE_REPLACED 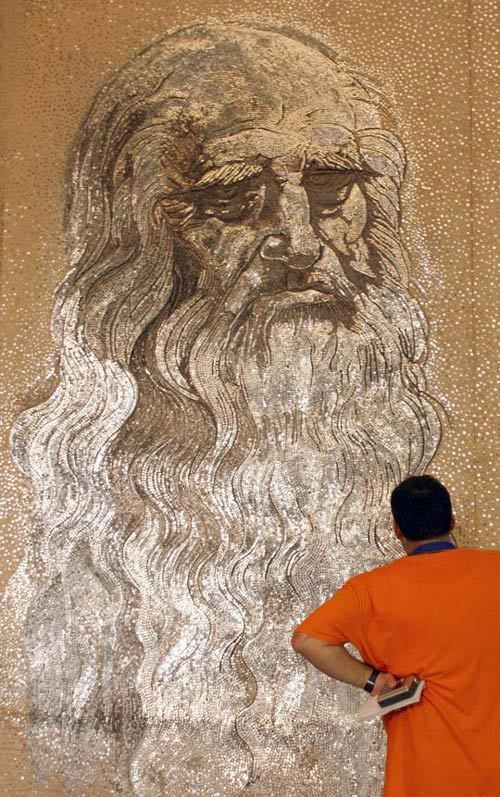 World Largest Mosaics by Saimir Strati
Some people are putting trash to a better use. In particular, Albanian artist Saimir Strati. He created a Mosaic using 229,764 corks which earned him the record for the World’s Largest Cork Mosaic. People who stayed at the Sheraton Tirana Hotel and Towers got to personally see the artist working 14 hours a day.
Meanwhile, in 2006, Saimir Strati began what has seemingly become an annual tradition of setting a Guinness World Record. Using industrial nails, the artist re-created the self-portrait of Leonardo da Vinci using nearly 400 kg (880 lb) of nails over a 2 by 4 meters (6 ft 7 in × 13 ft 1 in) surface. The technique resembles digital photography, in that each nail represents a pixel. Noteworthy, the Guinness World Records confirmed it on September 4, 2006, as the World’s Largest Nail Mosaic.
Saimir Strati is primarily an artist who works in mosaics. He has used materials including nails, toothpicks, corks, sea glass, eggshells, compact discs, coffee beans, porcelain and mirror glass among other materials. He is also a painter.
END_OF_DOCUMENT_TOKEN_TO_BE_REPLACED