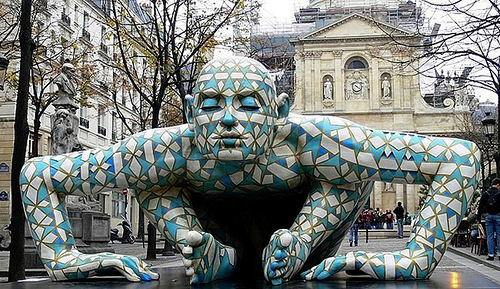 Sculptures by Rabarama Paola Epifani
Born August 22, 1969 in Rome, Rabarama, or Paola Epifani is a talented contemporary Italian artist. She graduated from the Art School of Treviso, and the Academy of Fine Arts in Venice in 1991. Since 1990, she has lived and worked in Padua. Daughter of an artist, from her early childhood she showed an innate talent for sculpture. Meanwhile, her work focuses on a particular vision of the world and life. Based primarily on the denial of free will, it is the predestination of events and the reduction of man to a mere biological computer. Therefore, the universe becomes conceived as an interwoven puzzle, and a metaphor for a jigsaw. And where each part has its proper place in a determined space and time.
END_OF_DOCUMENT_TOKEN_TO_BE_REPLACED 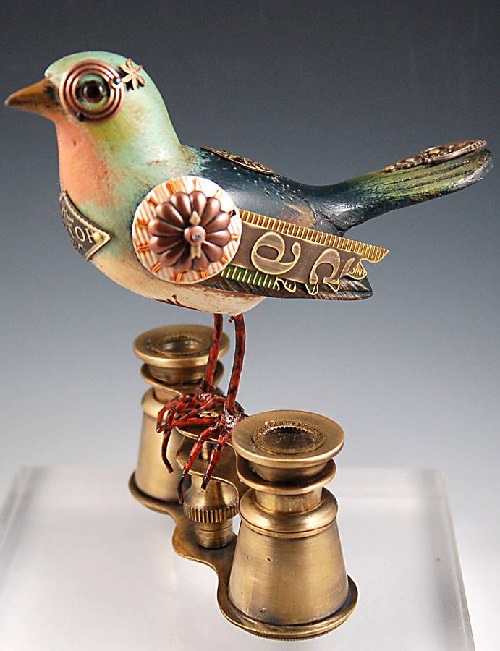 Songbird sculpture by American artists. Tori and Jim birds
A husband and wife team of artists, Tori and Jim have created these lovely sculptures using found objects and wooden bird decoys. A self-taught artist, Jim Mullan’s Songbirds combine his love for mixed media and his collection of found objects. The birds are original decoys that were combined with croquet balls, binoculars and old toys, giving the bird its own personality and bringing back to life “the once forgotten pieces of yesterday.” Each bird is hand made in Florida studio using old carvings as models. The unusual relics are used such as croquet balls, binoculars and old toys give each inspiring bird their own personality. These sculptures give life to the once forgotten pieces of yesterday. Tori and Jim’s collections of jewelry, boxes, mirrors and bird sculptures can be found in over 1000 galleries, museum stores and specialty stores worldwide.
END_OF_DOCUMENT_TOKEN_TO_BE_REPLACED 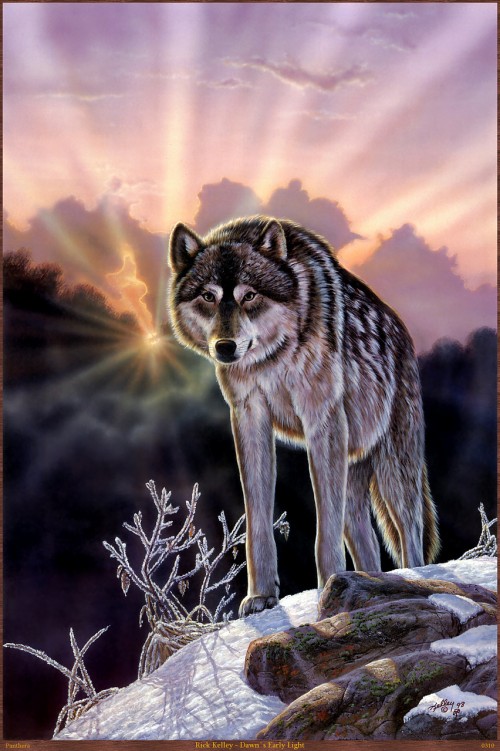 Animals in winter
Undoubtedly, winter is the most stressful time of year in the north for most forms of life. Of course, the key hardships are a lack of food and cold temperatures. However, don’t let a reduction in activity appear as if there is nothing going on in the woods! A lack of food occurs for at least two reasons, both related to low temperatures. The first reason has to do with a reduction in active plant life. Plants, of course, are the sources of nearly all food chains. The second reason has to do with availability. For many animals, food sources are buried under snow or ice. Deep snow is not a problem for all creatures. To field mice, it is a protective layer against most predators. To predators, deep snow means a time of going hungry.
END_OF_DOCUMENT_TOKEN_TO_BE_REPLACED 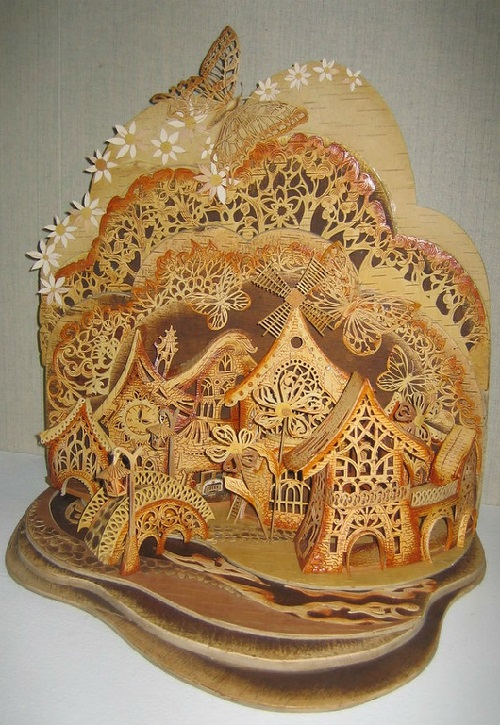 Landscape with a river and wooden houses. Birch bark artwork by Vladimir Mahnyuk

Birch bark artwork by Vladimir Mahnyuk
Born in 1958 in the Ural city of Shadrinsk, Vladimir Mahnyuk is Russian artist of applied art. The craftsman creates beautiful things from a birch bark. In particular, things that can be useful in every day life, or given as a souvenirs. Into the samovar you can safely pour boiling water! And from made of birch bark teapot and a cup – you will enjoy drinking flavored drink. Noteworthy, the water stay hot in such samovar for 4 – 5 hours! Meanwhile, in the barrels and other containers beverages remain cool, even if they stand all day in the sun. Accordingly, no need for refrigerator, as milk kept in a bark jug will remain cool and fresh for two days! Pick up the birch-bark, and listen to your feelings: warmth and tenderness, kindness and peace – that’s exactly what you need today.
END_OF_DOCUMENT_TOKEN_TO_BE_REPLACED 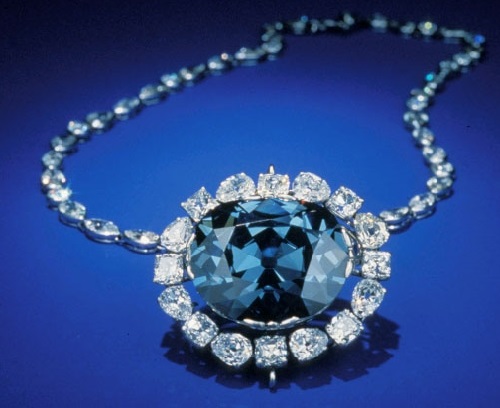 Stunningly beautiful diamond, known as Hope. Most famous diamond in the world

Most famous diamond in the world
The Hope Diamond, also known as “Le bleu de France” is a large, 45.52-carat (9.10 g). Deep-blue diamond, now housed in the Smithsonian Natural History Museum in Washington, D.C. In fact, it is blue to the naked eye because of trace amounts of boron within its crystal structure. However, it exhibits red phosphorescence after exposure to ultraviolet light. Meanwhile, it has a long recorded history with few gaps in which it changed hands numerous times on its way. In particular, from India to France, then to Britain and to the United States. Described as the “most famous diamond in the world”, according to belief, it is also the second most-visited artwork in the world, after the Mona Lisa.
END_OF_DOCUMENT_TOKEN_TO_BE_REPLACED 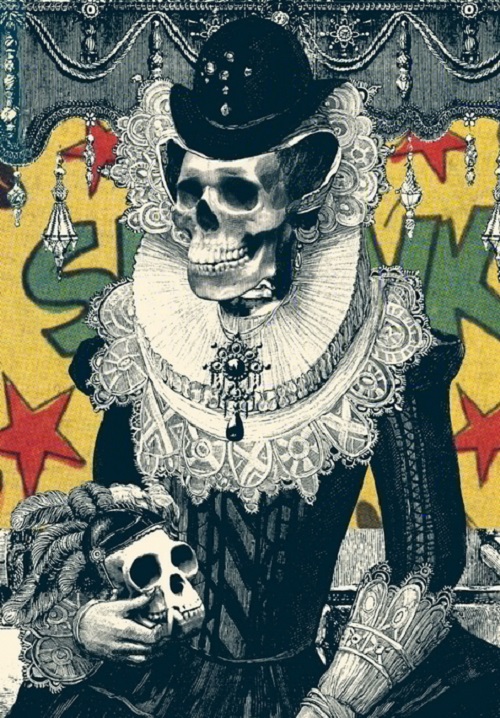 Artwork by Ali Gulec
Turkish artist and graphic designer Gulec has an eye for images that oscillate between the macabre, irreverent, and absurd. Ali Gulec, also known as İkiiki – illustrator and T-shirts designer, creating amazing collage artworks. Living and working in Istanbul, Turkey, he specializes in illustration, collage, and apparel graphics. According to the artist, he has been drawing since childhood. Meanwhile, his creative and innovative design studio İkiiki offers specialized artistic solutions to renowned domestic and international brands.
END_OF_DOCUMENT_TOKEN_TO_BE_REPLACED 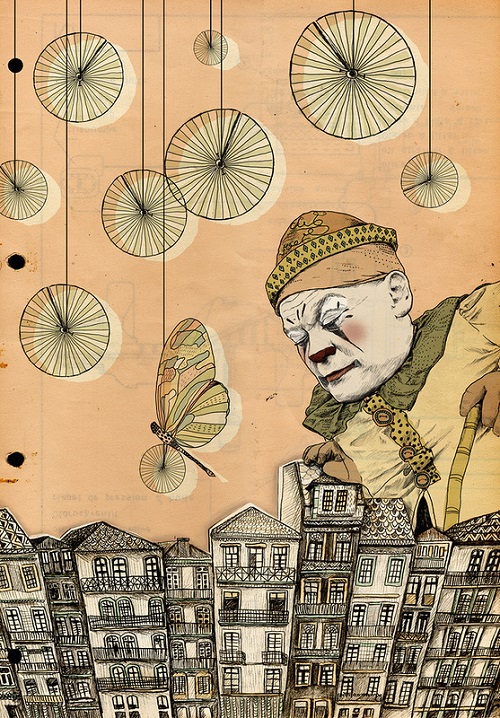 A giant clown above the city. Illustration to “A Book Of Nonsense” By Edward Lear. Delicate illustrations by Gabriella Barouch, Israeli artist