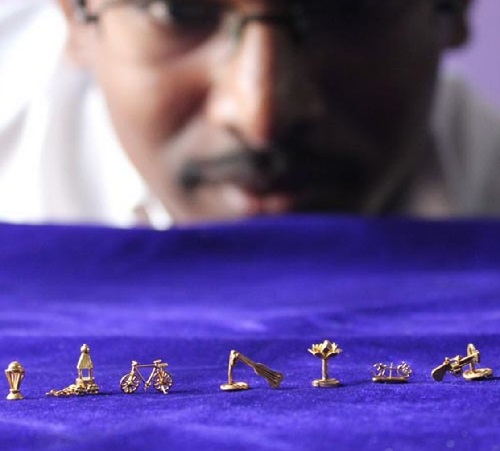 Gold miniature artist Venkatesh is from Tamil Nadu state, India. 28-year-old Indian craftsman G Venkatesh has devoted himself to miniature art, and his ambition is to get into the Guinness Book of World Records. Venkatesh has spent three years on creating these painstaking sculptures, he began working on silver before progressing to the more precious metal. His gold gallery includes a working bicycle and cricket world cup trophy. He has carved the working models out of one gram of gold. All his artworks measure less than one centimeter – and need a magnifying glass to view in detail.
END_OF_DOCUMENT_TOKEN_TO_BE_REPLACED 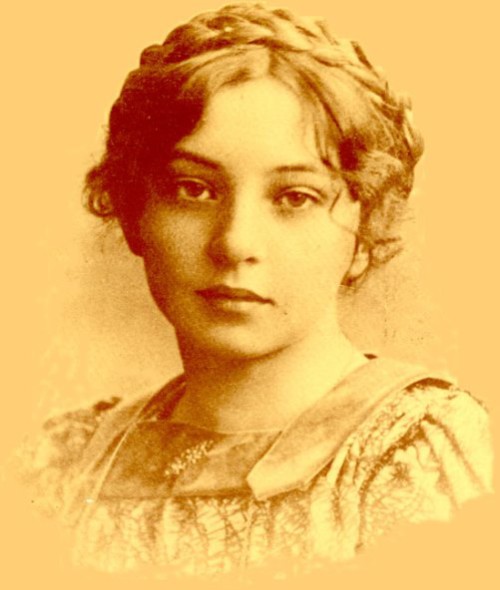 Norwegian writer Sigrid Undset
Nobel Prize winner, her books were banned in Nazi Germany, and her name entered the Gestapo lists of particularly dangerous individuals. Sigrid Undset was born May 20, 1882 in the small Danish town of Kalundborg. Her father was a famous Norwegian archaeologist, and her mother was involved in archaeological work of her husband. Shortly after the birth of Sigrid the family had to move to Norway. There, in the capital city of Oslo she spent her childhood and teenage years. From early age, through her father, Sigrid was interested in Norwegian history and culture. In 1893, after a long illness Sigrid Undset’s father died and 16-year-old Sigrid Undset had to start working as a secretary in an engineering company. Beautiful talented girl Sigrid hated her job, she was profoundly alien to it, when she thought about the work she wanted to die. She was 16 years old when started writing her manuscript, a historical novel set in medieval Denmark.
END_OF_DOCUMENT_TOKEN_TO_BE_REPLACED 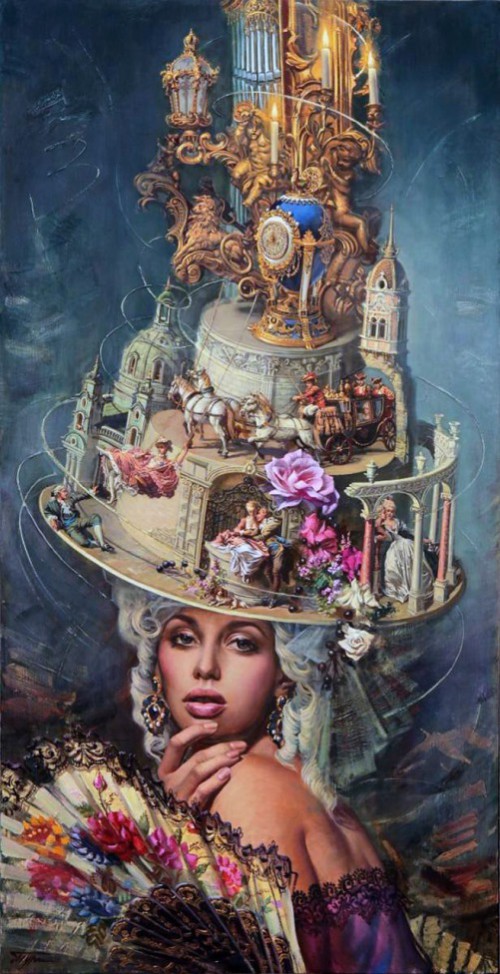 Russian artist Oleg Turkin
Born 29 June 1964 in Kishinev, Moldova, the USSR, Oleg Turkin (also known as Oleg Turchin) is a talented artist. According to Turkin, he became interested in drawing and painting in childhood. After graduating from children’s art school, in 1981, he entered the art school named after Shchusev. Then, he studied in Art Institute of Ilya Repin. Also, he graduated from the Institute of Arts, Faculty of Painting (1997). The genres of painting, in which Turkin works vary from realism to surrealism, landscapes, genre scenes, portraits and still life. Working with oil, the artist achieves a striking photographic clarity and sharpness. Most of these beautiful paintings are already in private collections of Russian and foreign art lovers. Particularly, in Moldova, Ukraine, Greece, Holland, USA, Turkey, and Italy.
END_OF_DOCUMENT_TOKEN_TO_BE_REPLACED 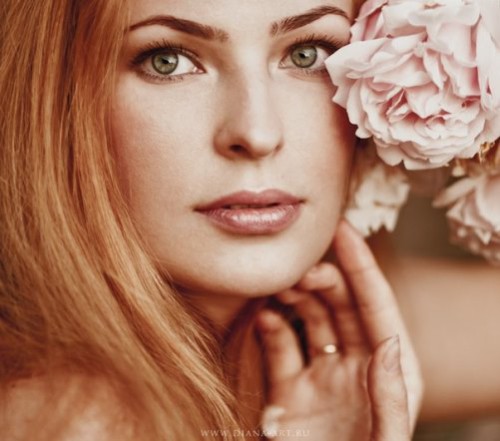 Talented professional photographer Diana Melnikova lives in Sochi – the southern city of Russia. She is a hereditary photographer of the third generation, following the example of her grandfather and mother. Beautiful and young photographer Diana Melnikova could be a photo model herself, but she has dedicated her life to the great art of photography, she explains her passion by “the call of the heart”. Guided by her own experience and inspired by the best photographers of the world, she has created a stunning art gallery, which consists of several genres – Portfolio, Weddings photography, Love Story, and family photography.
END_OF_DOCUMENT_TOKEN_TO_BE_REPLACED 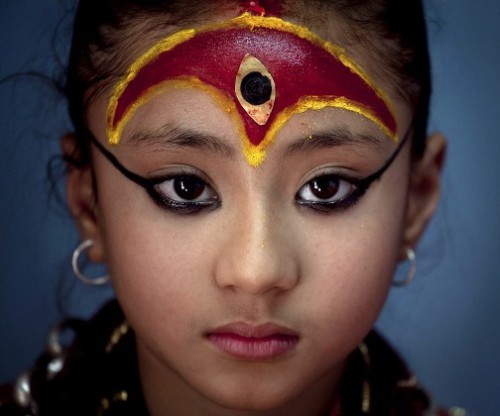 Nepal living goddess Kumari
From the Sanskrit the word “Kaumarya” means virgin. The local Hindus and Buddhists consider this girl to be the embodiment of the goddess Taleju (the Nepalese name of the goddess Durga). In fact, the idea of bodily incarnation of Durga in Hinduism has lived for many centuries. In the treatise “Devi Mahatmyam”, written in the 4-5 centuries, the goddess Chandi (Durga subsistence) says that she is present in all female living beings in the universe. To this day, at festivals, Durga Puja and Navaratri believers of India choose a girl who is their living goddess, but only for one day – during the celebration. In Nepal, the Hindu idea of the incarnation of the goddess in the girl reached its highest development thanks to the influence of Buddhism.
END_OF_DOCUMENT_TOKEN_TO_BE_REPLACED 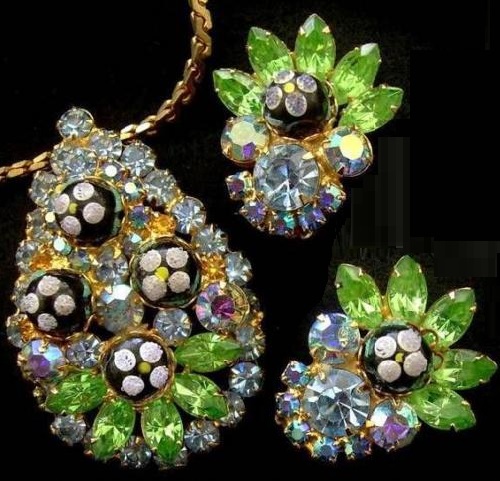 De Lizza & Elster jewelry (abbreviated in catalogs as D & E) appeared about in the ’40s of the last century and lasted until 1990. The company was founded by William De Lizza and Harold Elster, in New York City in the 1940’s. When they closed their doors in 1990, Frank De Lizza, son of William De Lizza, owned the company. The D & E very quickly became a major manufacturer of beautiful costume jewelry in America. They signed contracts with 800 clients in the U.S. and abroad. Noteworthy, their customers were such notable brands as: Weiss, Alice Caviness, Ballet, Celebrity, Hobe, Hattie Carnegie, Kenneth J. Lane, and Kramer.
END_OF_DOCUMENT_TOKEN_TO_BE_REPLACED 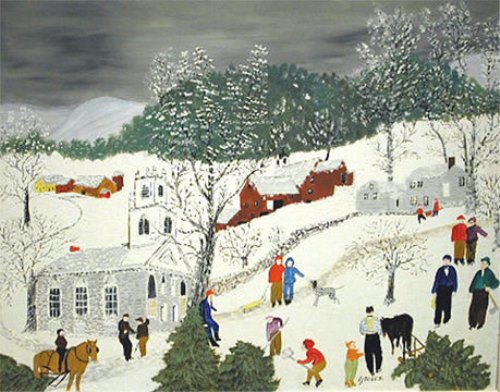 American artist Grandma Moses impressed the audience even more than her naive paintings. She first took up the brush at an age when most people did not expect any gifts of fate, and quietly live out their days. Aspiring artist was 76 years old. She was too old to work on the farm, and so entered the history of art. Her birthdays were noted on the cover of “Time” and “Life”, her 100th birthday September 7, 1960 became “Grandma Moses Day” of the New York State, which was announced by the Governor Nelson Rockefeller. President Truman personally invited her to visit the White House. The Eisenhower administration ordered her painting as a gift to the President for the inauguration. In November 2006, her work “Sugaring Off” (1943) was sold at auction for US $1.2 million. Even Andy Warhol couldn’t reach such public attention. Anna Mary Robertson Moses became the most famous American artist of the twentieth century.
END_OF_DOCUMENT_TOKEN_TO_BE_REPLACED