« You can’t get too much winter in the winter. Robert Frost
Wool painting by Lyubov Khitkova » 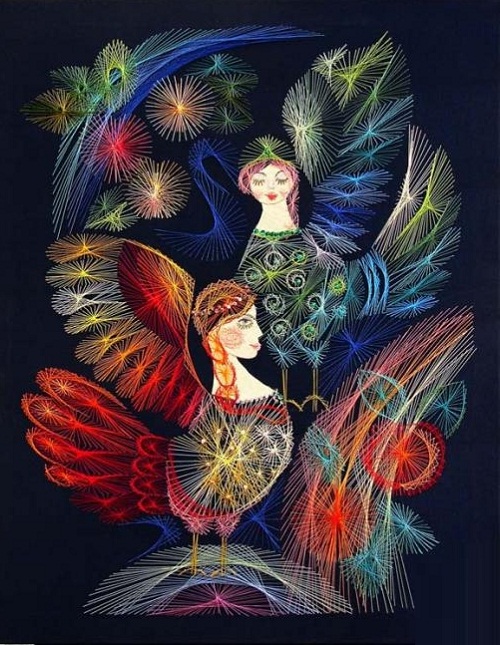 String art by Olga Voronova
No wonder, that a mathematician invented string art. Thanks to a self-taught mathematician Mary Everest Boole (1832, Wickwar, Gloucestershire – 1916), this art form appeared at the end of the 19th century. And soon, it became popular among the folk masters of England.
According to the craftsmen, to create a string image you need simple things. In particular, thread, wire, or string wound around a grid of nails hammered into a velvet-covered wooden board.
Moscow based artist Olga Voronova has been creating string art compositions for more than twenty years. Born in the Siberian city of Omsk, she graduated from Yaroslavl art college in 1978. Since 1993 she has worked as a teacher of additional education teaching her crafts, called “Izon”. In addition, she is the author of educational program “Izonit as a kind of arts and crafts” (Moscow). Olga Voronova is a permanent participant of local and regional art exhibitions (Omsk, Pereslavl-Zaleski, Moscow, St. Petersburg, Uglich, Rybinsk and other cities). 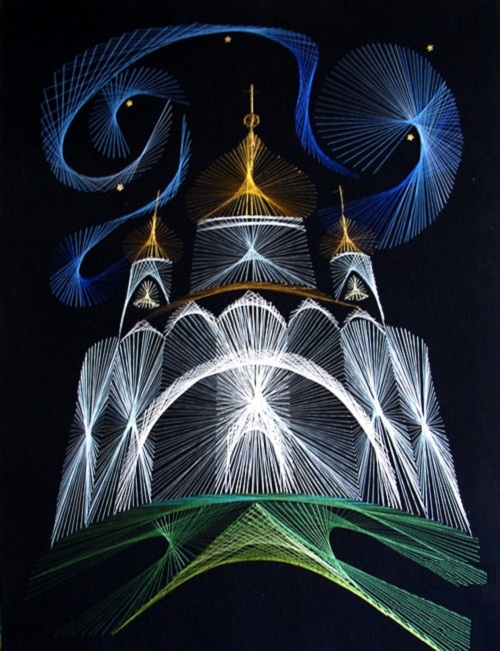 Cathedral of Christ the Savior, Moscow. 1996. Dedicated to the Jubilee of Moscow 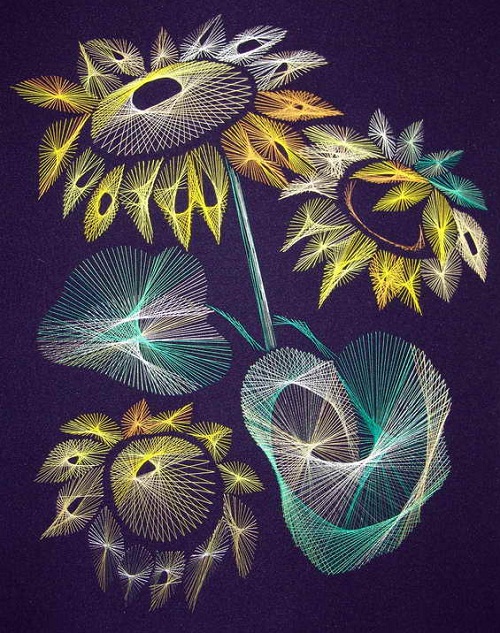 Sunflowers string picture by Moscow based artist of applied art 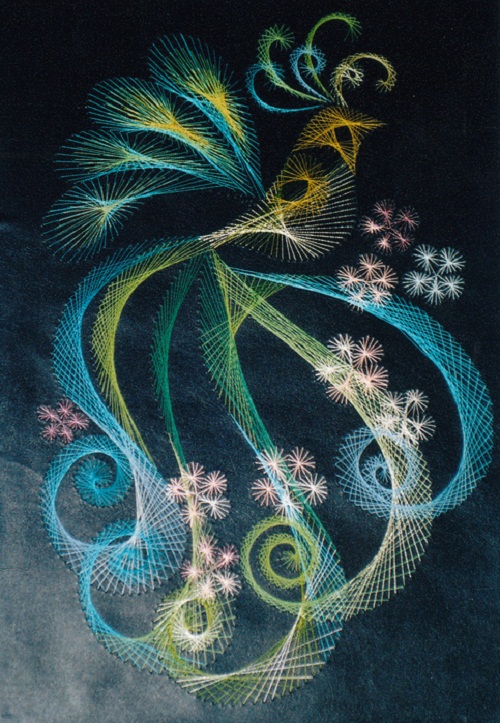 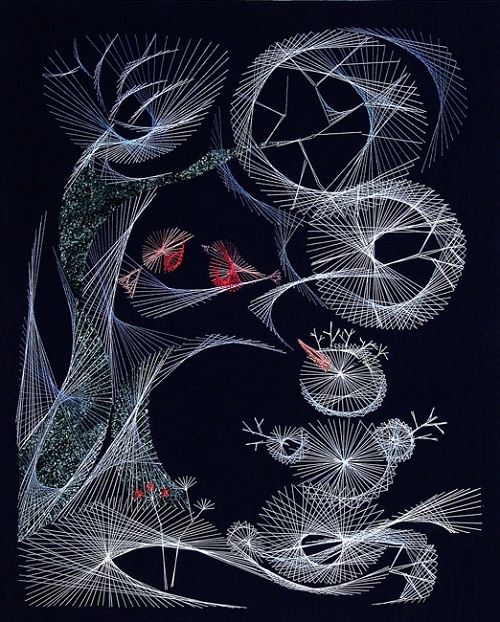 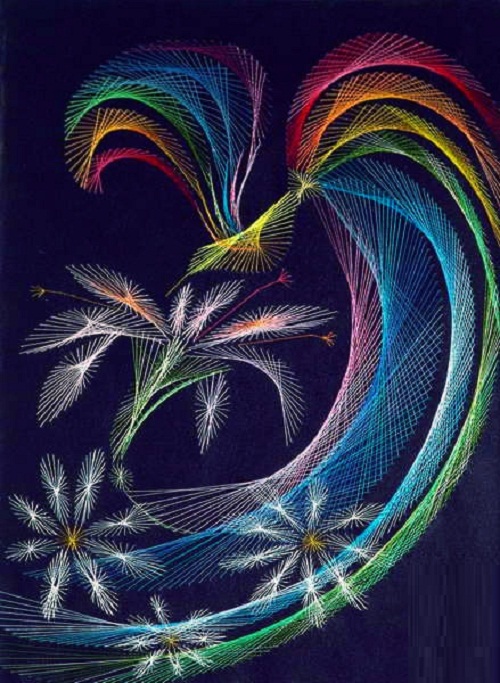 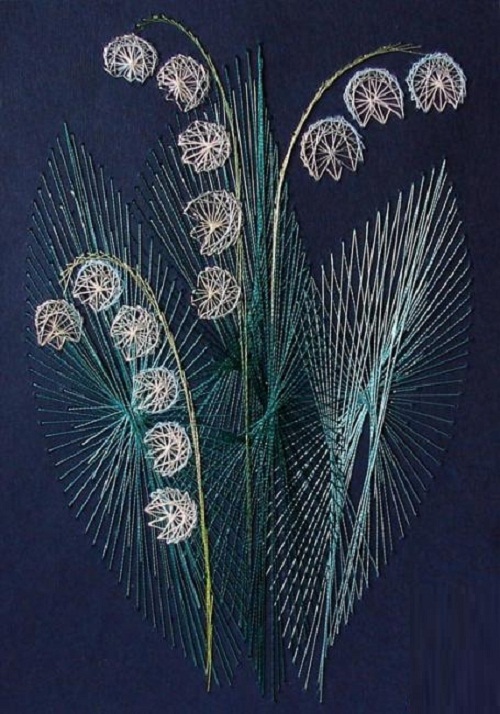 First spring flowers – the lilies of the valley 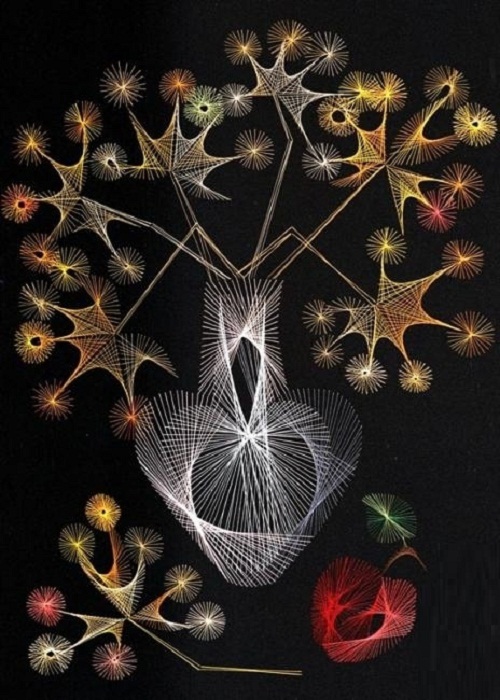 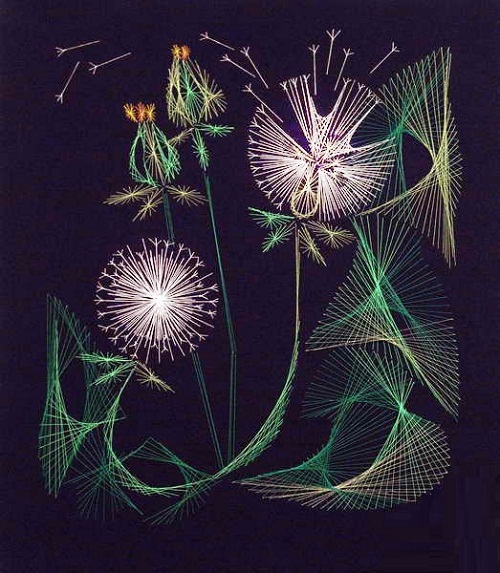 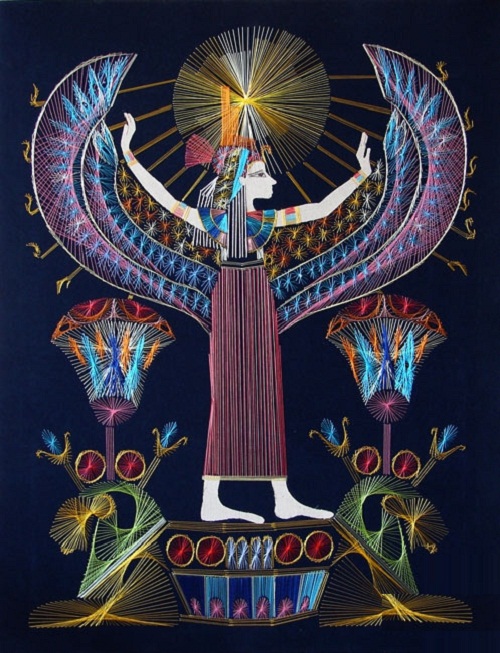 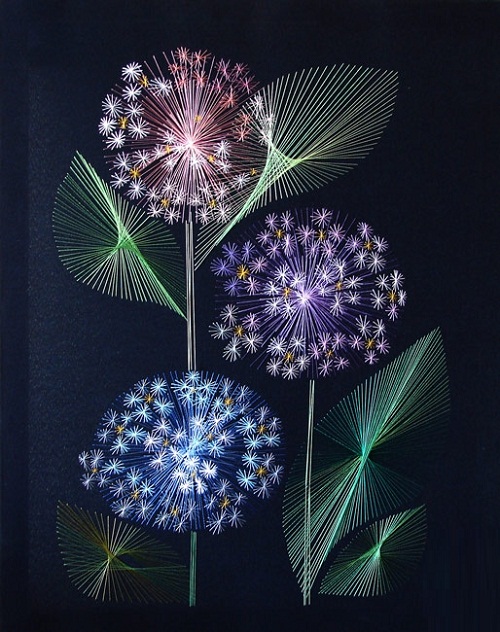 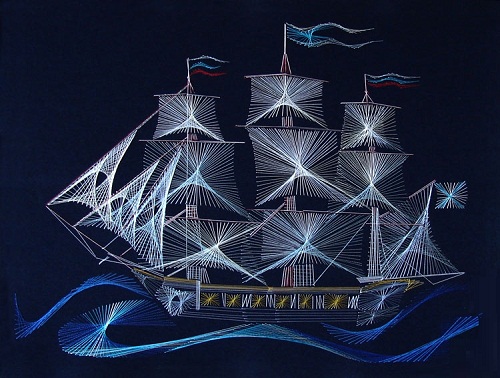 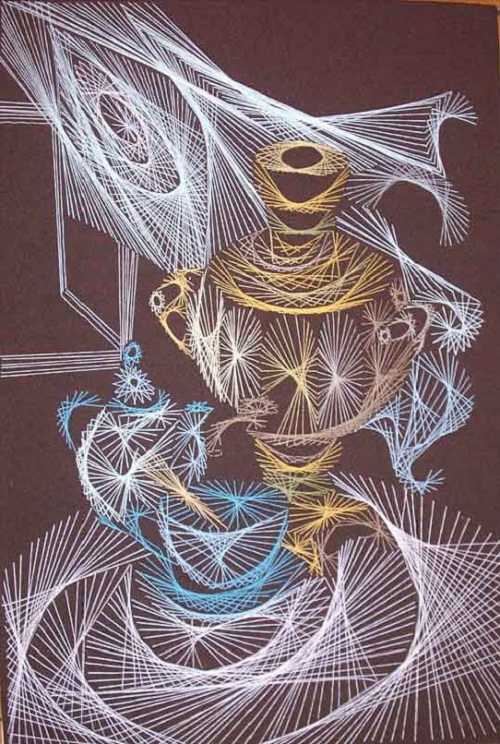 Beautiful picture of traditional Russian Samovar. The artwork of string art, hiwever, I am not sure whether it belongs to Voronova 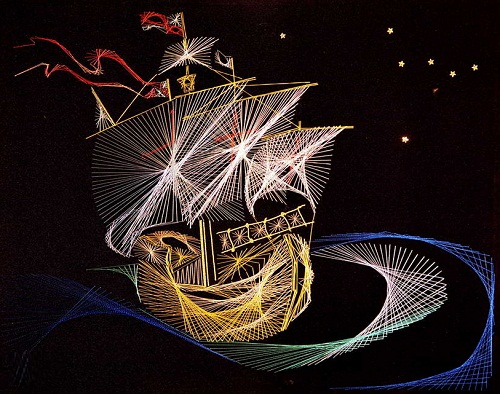