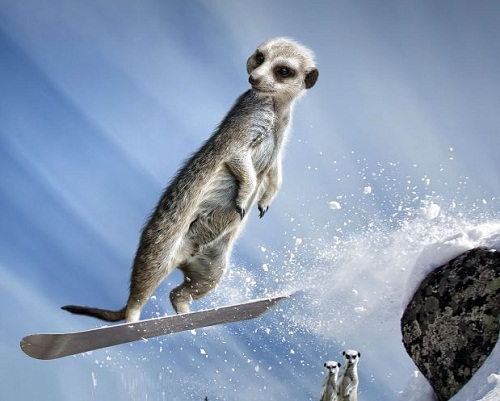 In January, one mongoose is snowboarding, as his New Year resolution. Maverick Meerkats calendar 2013

Maverick Meerkats calendar 2013
Hilarious pictures of fun-loving meerkats taking up extreme sports are from the calendar of 2013. In January, one mongoose is snowboarding, as his New Year resolution. February – he’s bungee jumping. March sees this mongoose kitted out with crampons scaling a sheer rockface, before strapping into a harness to give gliding a go in April foolhardy. In May two meerkats give the camera a cheeky look as they freefall over a busy city. And animal lovers need not worry, no meerkats were harmed in the making of the pictures.

You didn’t really think meerkats could snowboard, did you? The publishers used clever image manipulation to make the mammals appear ready to take on any challenge. 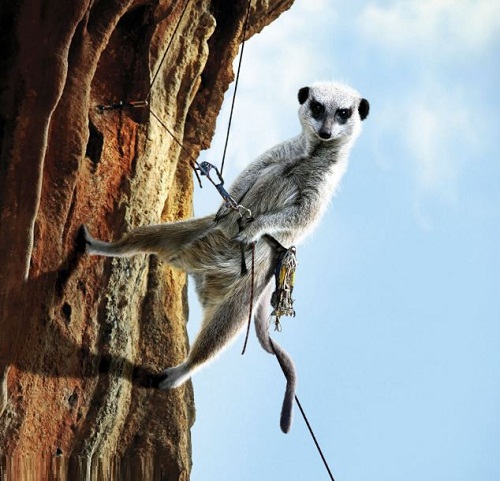 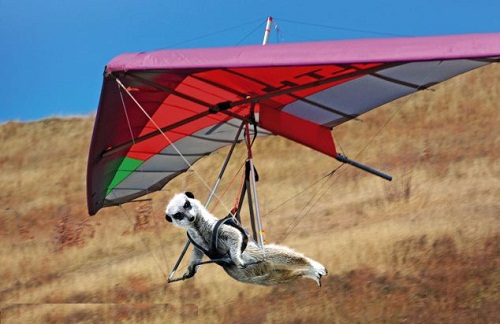 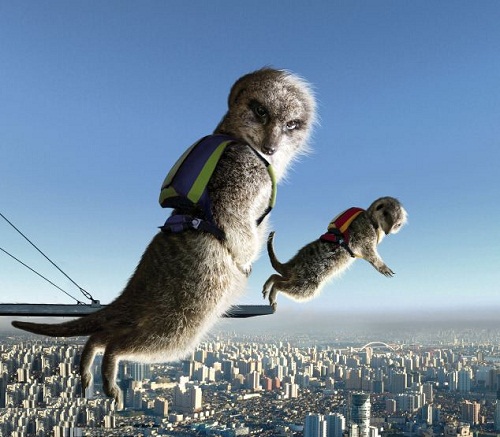 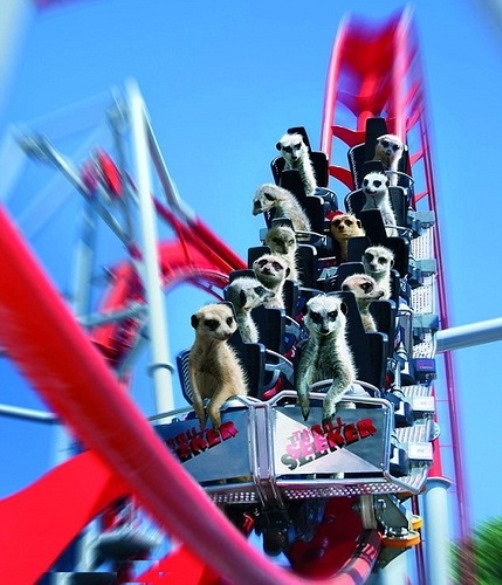 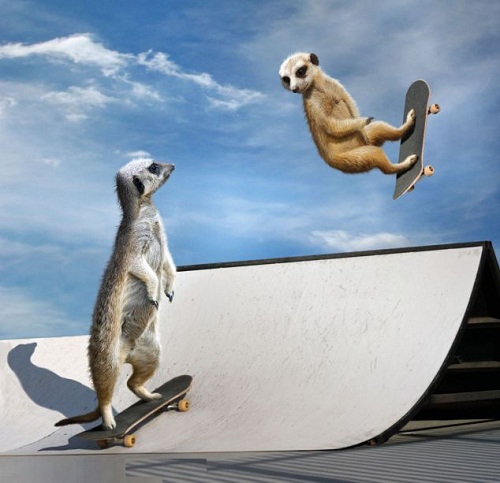 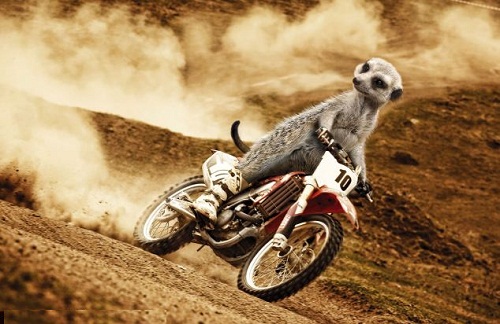 Turning up the heat in July, another Adrenalin-seeking critter slips on a pair of motorbike boots and dirt-bikes across dangerous terrain 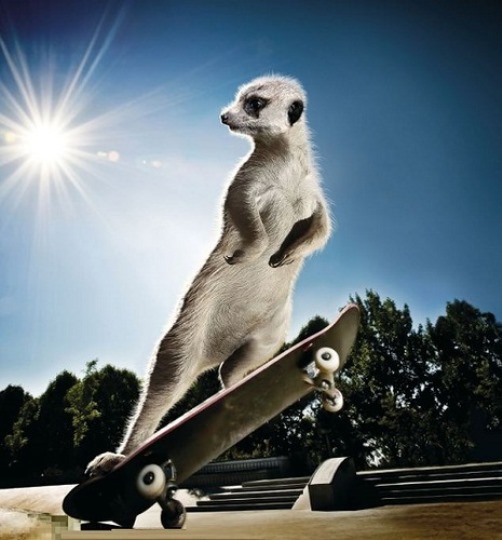 In October the cheeky Timone-type is back on his skateboard 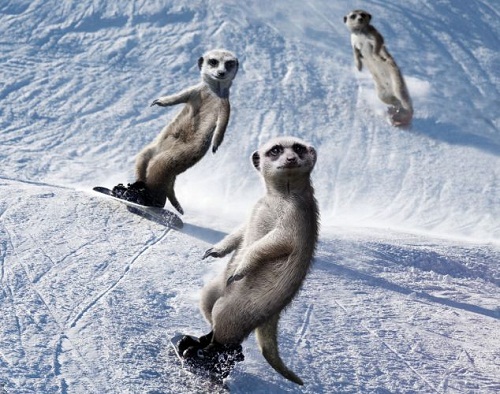 getting their balance ready for another snowboarding session in December