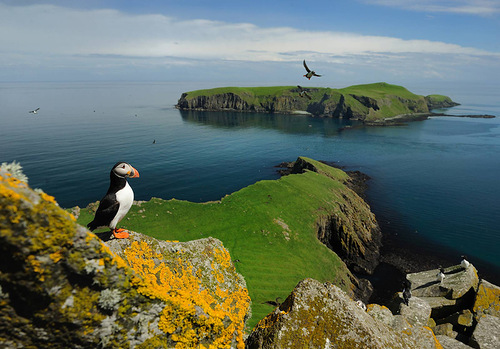 The Hebrides – Edge of the World
Harsh and inaccessible Hebrides is the embodiment of realm of wind and waves. But it is at first glance. The attentive traveler will find here a special romance and beauty. Internal and External Hebrides – more than five hundred islands and islets. It is often foggy and rainy, the wind blows almost incessantly, and the sea around is so unstable that even the most experienced captain can experience fear. In these seas all is variable: for an hour-dimensional silky swaying tropical wave piercing blue color is replaced by the rapid invasion of the lead foam rollers. 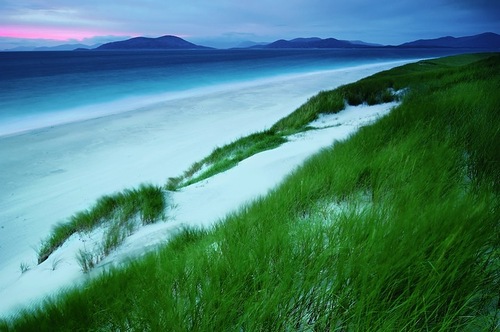 Twilight hung over the pale sand, scattered with shells and thick dune grass, which stretch for miles along the Atlantic coast of Berner Island. A winding line of hills of Harris in the background disappears in the blue shadows on the distant horizon.

The stone walls still encircle the areas of bulk topsoil on uneven slopes over the ruins of the main settlements of St Kilda. These barriers safeguard crops of oats and barley from the salty winds and livestock. In buildings like hives stored food, and peat, which the natives used as fuel, hundreds of these stores still exist.

Armada of sea birds circling in the sky, the narrow rock ledges dotted with their nests. Often hidden behind the clouds in the northern tip of the island at 400 meters above the ocean, is grown offspring – 60,000 pairs of cormorants – the largest colony in the world. The inhabitants of St. Kilda climbed the rocks barefoot, catching birds and collecting eggs to eat.

Dangerous waters of the Hebrides with sharp rocks and sea cliffs, strangely enough, were chosen by surfers. Mangersta is popular with athletes because here year-round blows a steady northeast wind. Moreover, these parts are not populated. 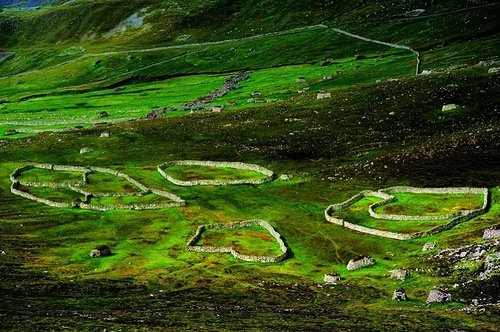 These stone pillars, probably stood here before the construction of the pyramids. People settled on the island 5,000 years ago, they were engaged in farming, fishing, hunting – and construction. External stone tower – 3.5 meters, the central pillar – 4.5 meters. As in the famous Stonehenge, a 13-meter circle in Kalanish was an important ceremonial center.

Fresh water from the upper lakes, bubbling, cascading to the sea on a broad rocky terraces. “It is not easy to find a place on the island where audible sounds were generated by man, – said Alice Starmor, a native of Lewis – but earth and water never keep silent.”

The rising mist reveals a remote island in the Atlantic Ocean. People survived for thousands of years in the archipelago of St. Kilda, but the last of its inhabitants have left their secluded house about eighty years ago.

At Cape Trotternish Isle of Skye basalt pillars loom over the Strait of Razey. They indicate strong geological bias, to form this piece of land.

Row after row of basalt columns filled sea cave, and its eternal darkness lit only by the camera. Natural clean lines of these columns and the echo of waves crashing attract travelers from the XVIII century.

Quiet smooth surface of the water and the shroud of fog give the wrong impression of invincible strength, sculptured granite hills. Born as a foundation of huge volcanoes millions of years they have been subjected to the ravages of strong wind and water, and the pressure of glacial ice slowly gave them a soft, rounded shape. 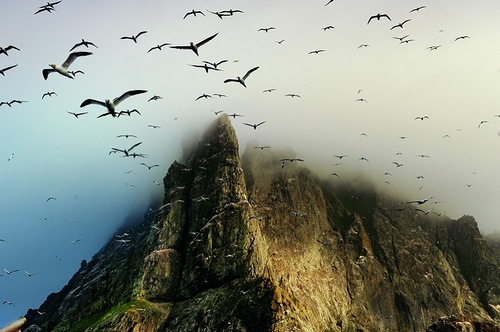 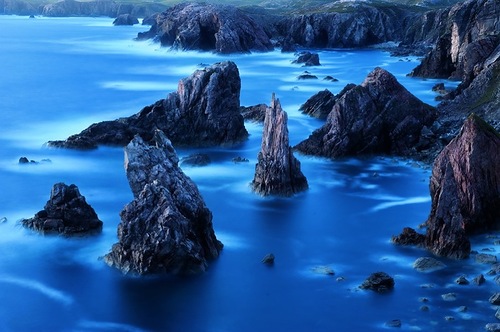 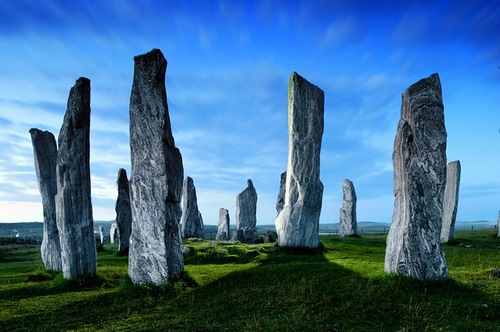 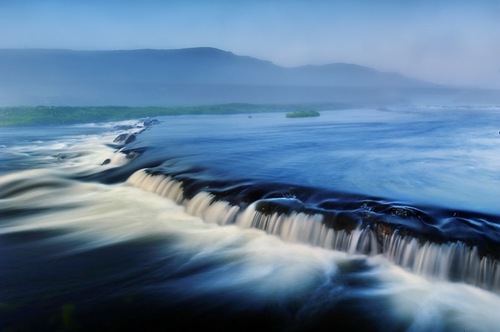 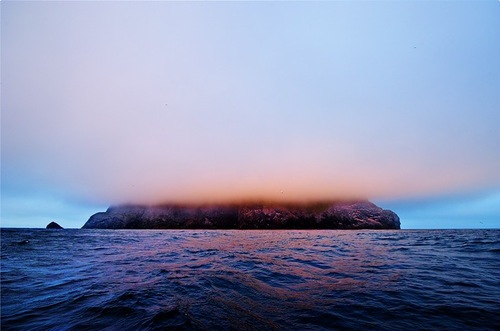 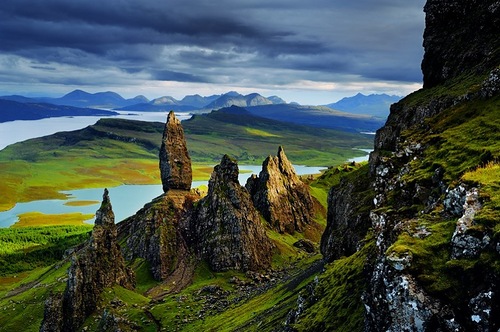 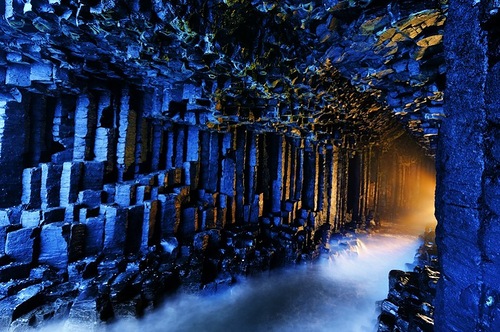 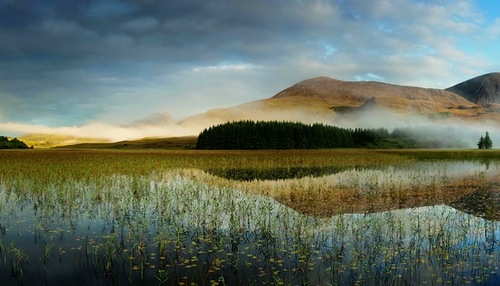 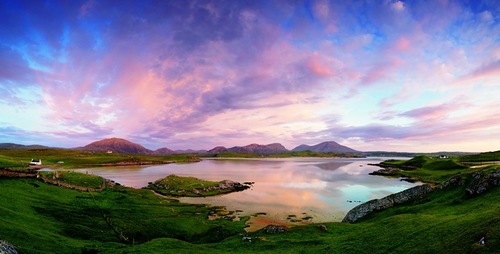