« Caddo Lake With Many Faces
Most beautiful birds » 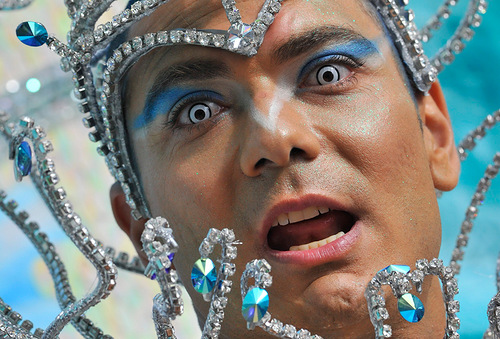 A sparkling with crystals participant in Notting Hills carnival acts in the streets of London, UK. World parades and carnivals

World parades and carnivals
Participants in Notting Hills carnival act in the streets of London, UK. Every year, hundreds of thousands of people gather in the western part of the British capital to watch the colorful procession of musicians and dancers. Leading role in the carnival is usually played by representatives of the British Afro – Caribbean community, particularly people from the islands of Trinidad and Tobago which make up a significant part of the inhabitants of Kensington and Chelsea. 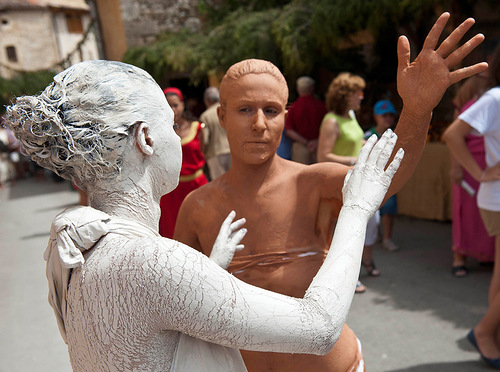 Сlay sculpture at the parade in the village of Banos de Valdearadose, Spain

Cast in the form of clay sculpture at the parade in the village of Banos de Valdearadose, Spain. The village, founded by the Romans, is situated in a region known for its winemakers Ribera del Duero, where celebrations are held annually in honor of the Roman god Bacchus – the god of wine, the productive forces of nature, inspiration, and religious ecstasy. 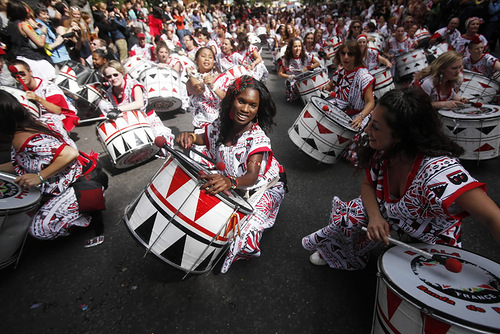 Leading role in the carnival is usually played by representatives of the British afro- carribean community, particularly people from the islands of Trinidad and Tobago 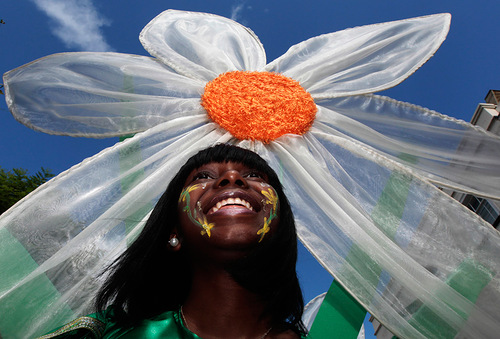 The most spectacular parade – in North Korea, the military forces of North Korea march during celebrations in Pyongyang, North Korea’s foundation 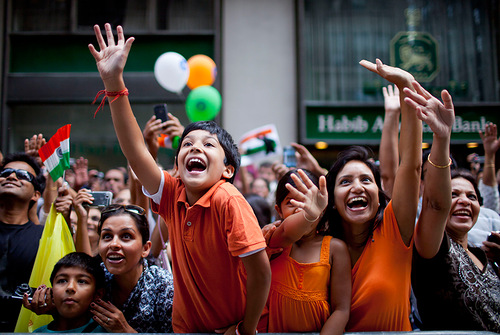 Manash Sharma and his family welcomed actors in a parade in honor of India in New York, USA 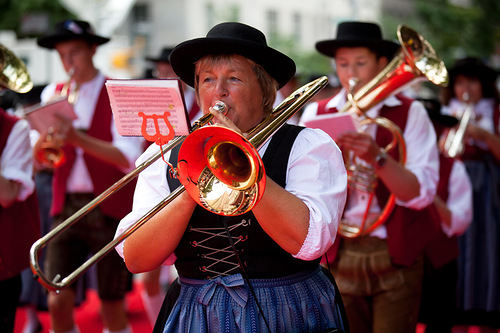 Musicians perform at the annual Steuben Parade in Manhattan, New York, USA. Steuben Parade is dedicated to German-American culture and is considered a symbol of friendship between the two countries 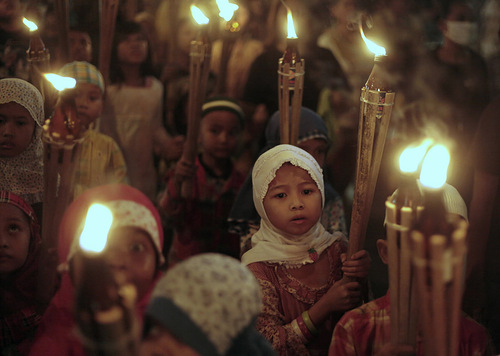 Muslim children lighted torches in a parade in honor of Eid al-Fitr holiday, which symbolizes the end of the fasting month of Ramadan in Jakarta, Indonesia 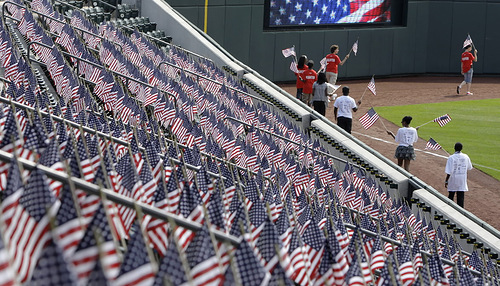 Volunteers and participants in the parade marched around the field at the stadium, Huntington Park during a ceremony to commemorate the victims of the September 11 attacks, Columbus, Ohio, USA

Rehearsal of the parade in honor of Malaysia’s Independence Square in Kuala Lumpur, Malaysia 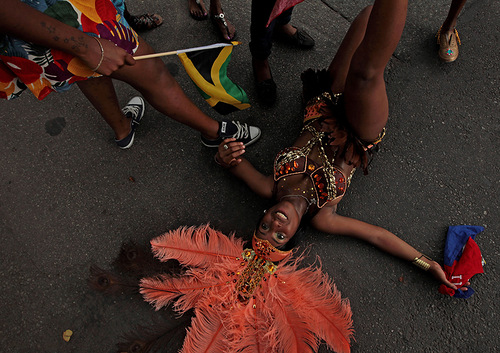 18-year-old Courtney Stewart of the group ‘Soca Associates Band’ fell to the pavement during the annual parade of Caribbean culture in Dorchester, Massachusetts, USA. 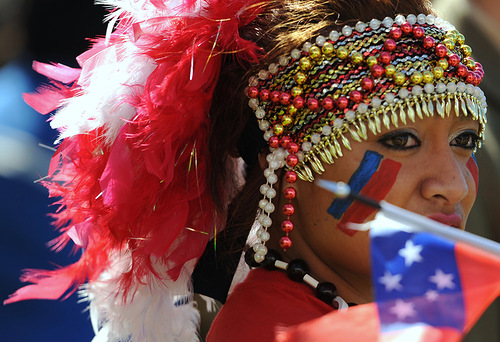 Samoan participant in the opening ceremony of the Rugby World Cup in Wellington, New Zealand 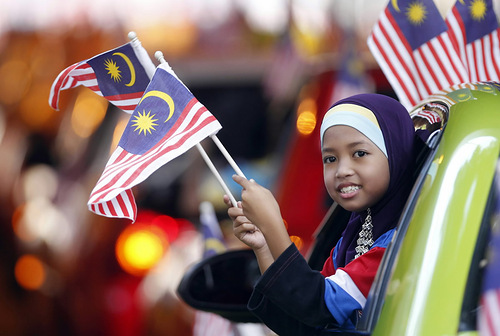 A girl waves a national flag in a parade during the celebration of National Independence Day in Kuala Lumpur, Malaysia 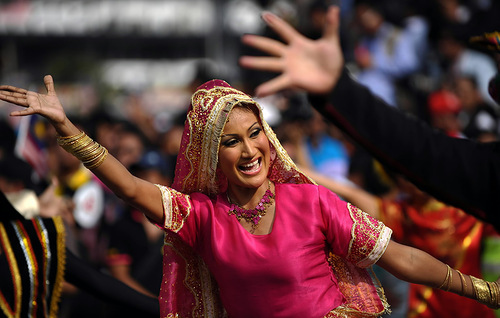 A woman dancing in a parade in honor of National Independence Day in Kuala Lumpur, Malaysia 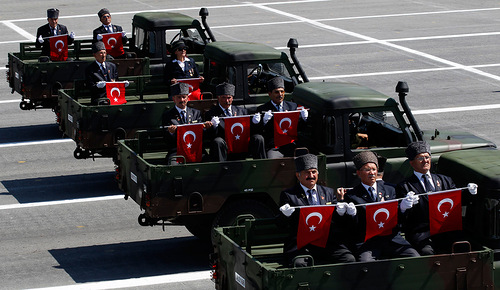 Turkish veterans holding flags during a parade in honor of the anniversary of Victory Day in Ankara, Turkey 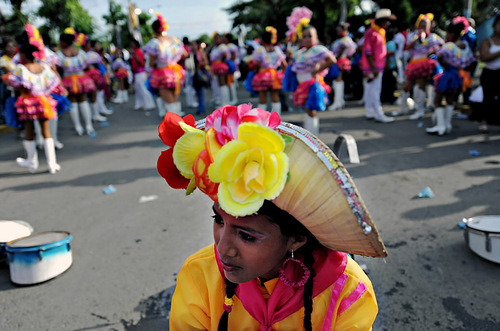 Students are waiting for the parade in honor of National Independence Day in Managua, Nicaragua 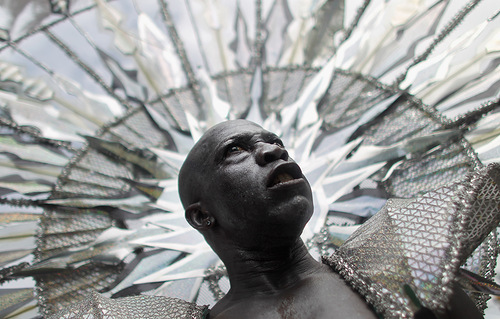 Member of the parade in honor of the West Indies in Brooklyn, New York, USA 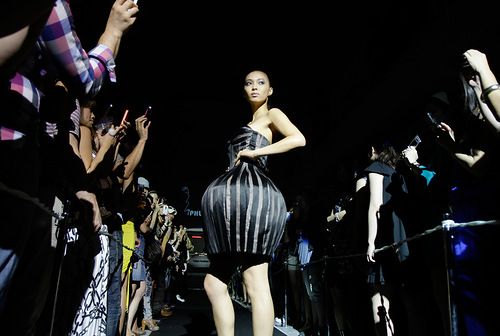 The former Miss Universe from Japan Hiroko Mima participates in the Tokyo Fashion Fuse, Tokyo, Japan. This event is a fusion of music and fashion with top models and international DJs 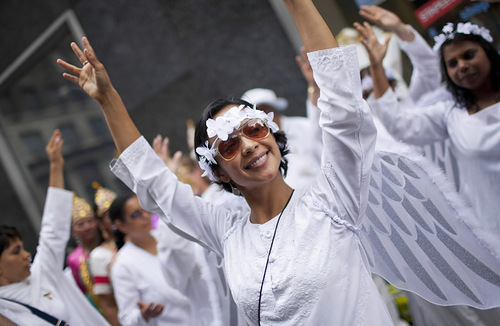 Liz Karmooch rehearses the dance before the parade in honor of the West Indies in New York, USA 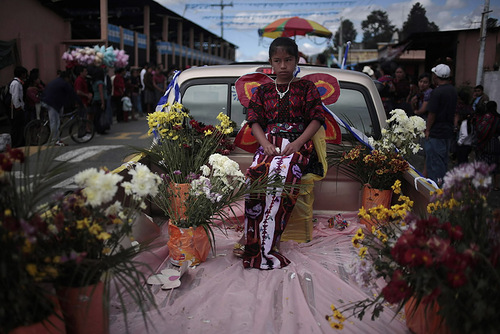 A girl sits in a decorated car during a parade in honor of the national Independence Day in Solola, Guatemala