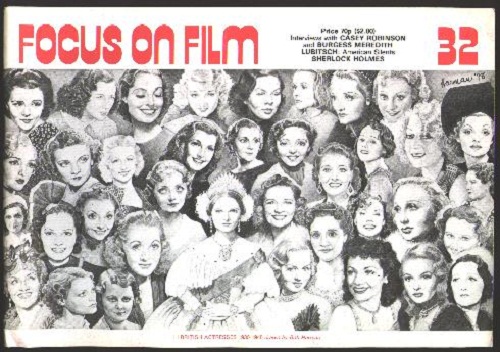 Bob Harman’s Hollywood Panorama
American illustrator Bob Harman was born in Rochester, New York, a son of the late H. A. and Lottie Lee (Covert) Harman. A former professional actor, Bob Harman began his art career doing caricatures of his fellow performers. In 1971 he created “The Hollywood Panorama” of 1001 film stars. It was published in a book form by E.P. Dutton. He followed this with three more books including, “Enchanted Faces”- portraits of film actresses between the two World Wars. Dubbed the “Artist of the Stars”. His column “Movie Memories” appeared for 5 years in a national newspaper. For several years he was retired in Santa Barbara, CA and his family home in Ovid, NY. 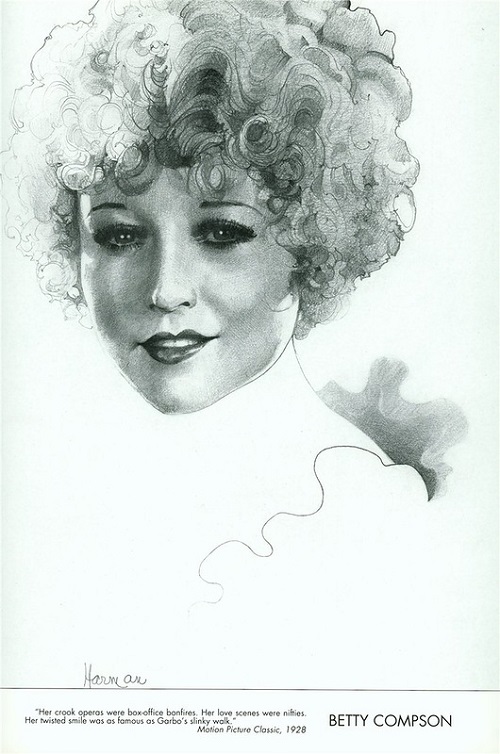 Betty Compson (March 19, 1897 – April 18, 1974), American actress born Eleanor Luicime Compson in Beaver, Utah, she had an extensive film career. Her father died when she was young, and she was forced to drop out of school and earn a living for herself and her mother. She obtained employment as a violinist in a Salt Lake City, Utah, theater. 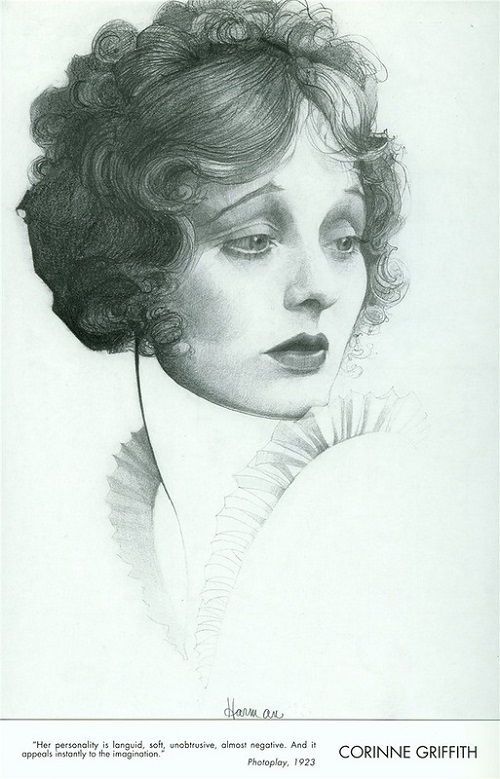 Corinne Mae Griffith (November 21, 1894 – July 13, 1979), American actress. Dubbed “The Orchid Lady of the Screen”, she was one of the most popular film actresses of the 1920s and widely considered the most beautiful actress of the silent screen. Shortly after the advent of sound film, Griffith retired from acting and became a successful author. 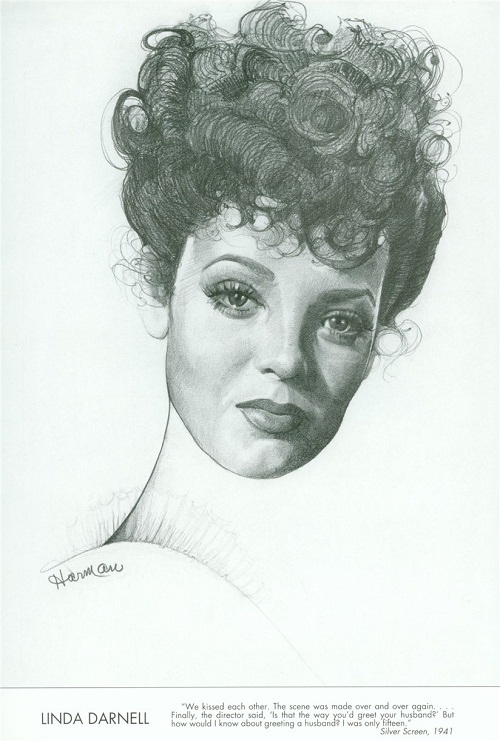 Linda Darnell (October 16, 1923 – April 10, 1965), American film actress. She attended Sunset High School in Dallas, Texas. Darnell was a model as a child, and progressed to theater and film acting as an adolescent. At the encouragement of her mother, she made her first film in 1939, and appeared in supporting roles in big budget films for 20th Century Fox throughout the 1940s. 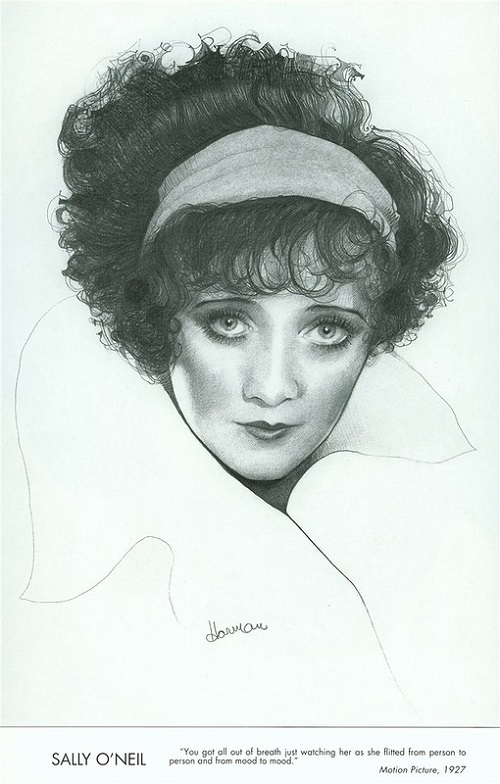 Sally O’Neil (October 23, 1908 – June 18, 1968), American film actress of the 1920s. Born as Virginia Louise Noonan, she was one of 11 children born to a judge in Bayonne, New Jersey. One of her sisters was actress Molly O’Day. Convent-educated, she started her career in vaudeville, billed as “Chotsie Noonan”. Known for her petite and curly brown hair. She was paired along with Constance Bennett and Joan Crawford in the MGM film Sally, Irene and Mary (1925), directed by Edmund Goulding, which brought her instant, but short-lived, fame.

Born as Juliette Henriette Goudeket in 1891, Goudal was the daughter of Geertruida (nee Warradijn; 1866–1920) and Wolf Mozes Goudeket (1860–1942), a wealthy diamond cutter, in Amsterdam. Her parents were both Jewish, and her father was Orthodox. Tall and regal in appearance, she began her acting career on stage, traveling across Europe with various theater companies. 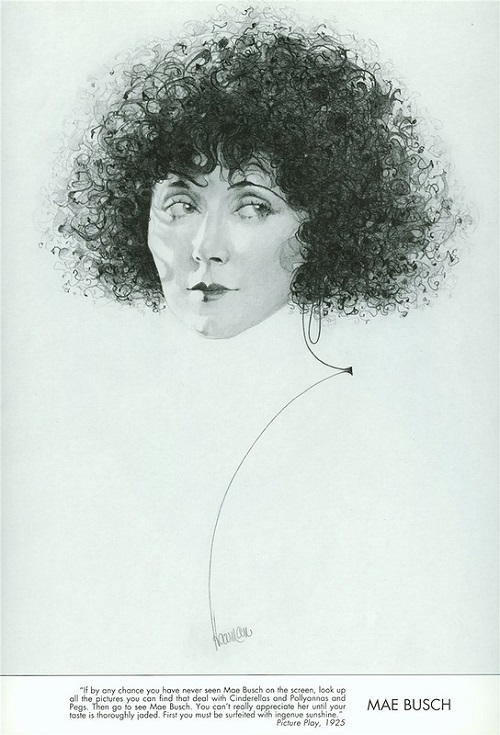 Mae Busch (18 June 1891 – 20 April 1946) was an Australian film actress who worked in both silent and sound films in early Hollywood. In the latter part of her career, she appeared in many Laurel and Hardy comedies, where she frequently played Hardy’s shrewish wife.

Edith Roberts (September 17, 1899 – August 20, 1935) was a silent film actress from New York City. She was a child performer in vaudeville before she came to Hollywood, California in 1915. In private life she was Mrs. Harold Carter. She died, aged 35, from septicemia at the Hollywood Hospital in 1935, shortly after giving birth to a son, Robert, her only child. A Christian Science memorial service was conducted at the chapel at Hollywood Cemetery, Los Angeles, California.

Bebe Daniels (January 14, 1901 – March 16, 1971) was an American actress, singer, dancer, writer and producer. She began her career in Hollywood during the silent movie era as a child actress, became a star in musicals like 42nd Street, and later gained further fame on radio and television in Britain. In a long career, Bebe Daniels made over 230 films.

Jobyna Ralston (November 21, 1899 – January 22, 1967) was an American stage and film actress. During the last five years of her life Ralston suffered from rheumatism and had a series of strokes. She died in 1967 from pneumonia at the Motion Picture Country Home in Woodland Hills, Los Angeles, California. She was 67 years old 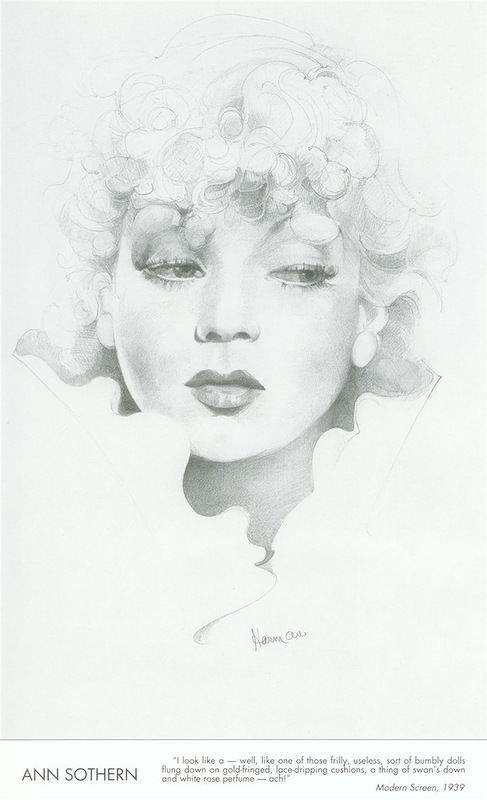 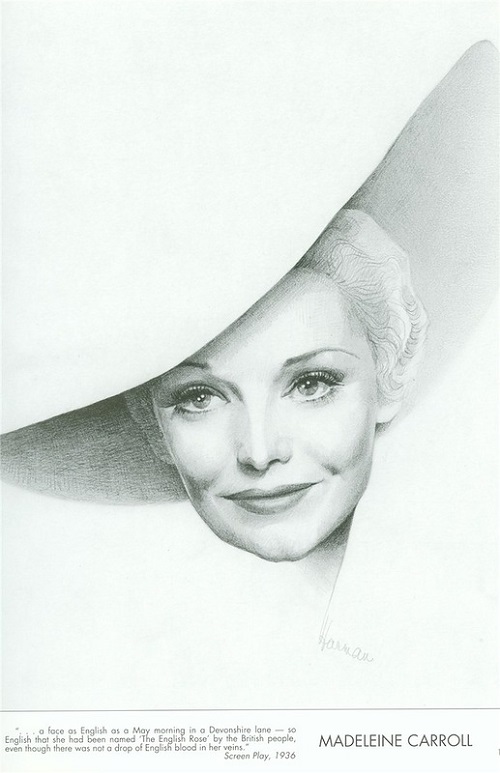 Edith Madeleine Carroll (26 February 1906 – 2 October 1987) was an English actress, popular in the 1930s and 1940s. For her contribution to the film industry, Madeleine Carroll has a star on the Hollywood Walk of Fame at 6707 Hollywood Blvd. A commemorative monument and plaques were unveiled in her birthplace, West Bromwich, to mark the centenary of her birth. Her story is also of her rare courage and dedication when at the height of her career, she “gave it all up” during World War II after her sister was killed by a German air raid, to work in the line of fire on troop trains for the Red Cross in Italy – for which she was awarded the American Medal of Freedom. She was also awarded the Legion of Honor by France, for her tireless work in fostering relations after the war between France and the USA. 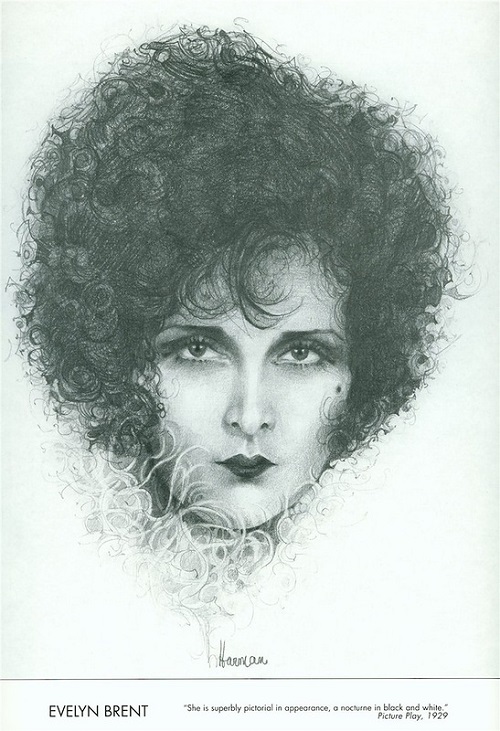 Evelyn Brent (October 20, 1901 – June 4, 1975) was an American film and stage actress. Evelyn Brent was married three times. One of her husbands was movie executive Bernard P. Fineman. She married producer Harry D. Edwards. Her last husband was the vaudeville actor Harry Fox for whom the foxtrot dance was named. They were still married when he died in 1959. Several biographical sources claim or suggest that Brent was actually a lesbian or bisexual; she was a fixture of the lesbian social circle in Hollywood during the 1920s. Brent died of a heart attack in 1975 at her Los Angeles home. 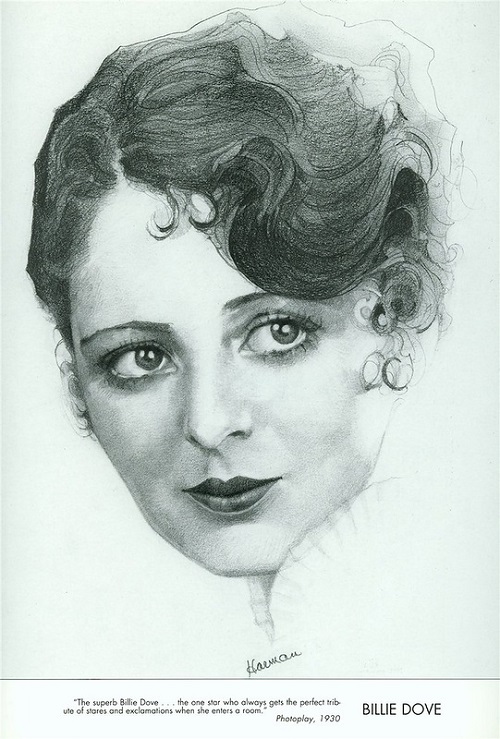 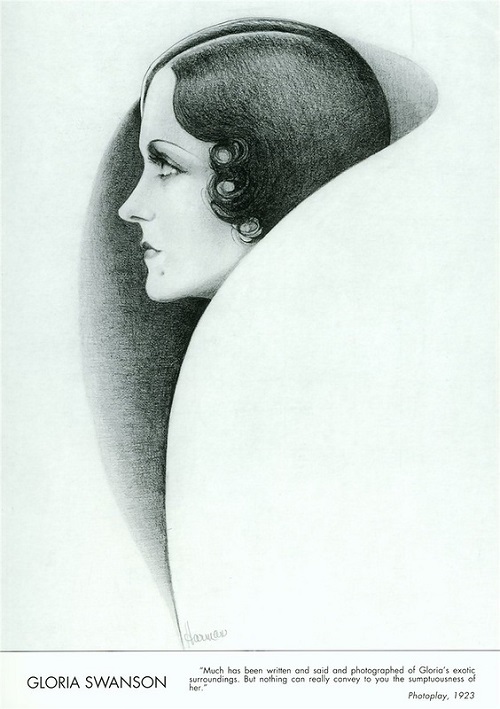 Gloria Swanson (March 27, 1899 – April 4, 1983) was an American actress, singer and producer. She was one of the most prominent stars during the silent film era as both an actress and a fashion icon, especially under the direction of Cecil B. DeMille, made dozens of silents and was nominated for the first Academy Award in the Best Actress category. 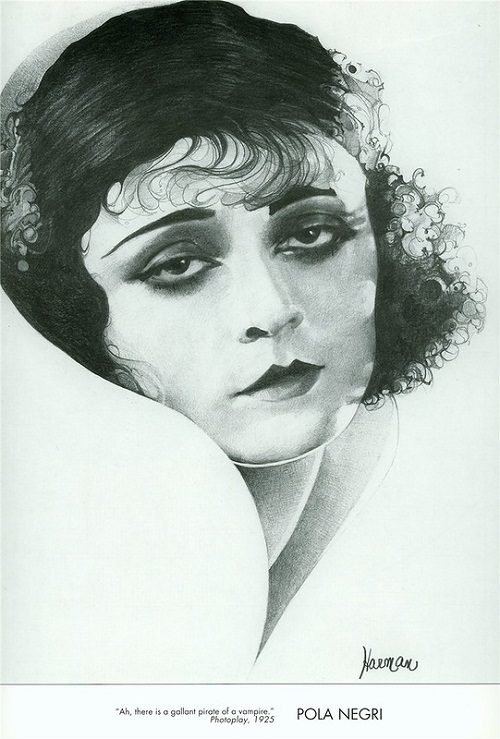 Pola Negri (3 January 1897 – 1 August 1987) – Polish stage and film actress who achieved worldwide fame for her tragedienne and femme fatale roles from the 1910s through the 1940s during the Golden Era of Hollywood film. She was the first European film star to be invited to Hollywood, and became a great American star. She also started several important women’s fashion trends. Known for being one of the most popular stars of the silent film era. Meanwhile, her varied career included work as an actress in silent and talking films, theater, and vaudeville; as a singer and recording artist; as an author; and as a ballerina. 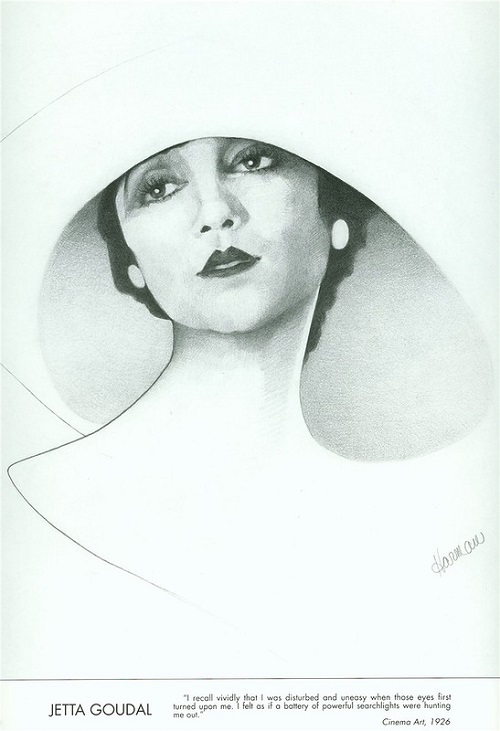 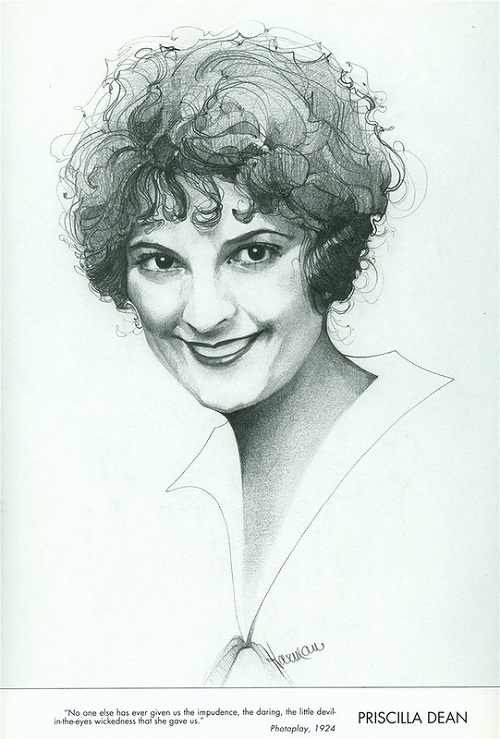 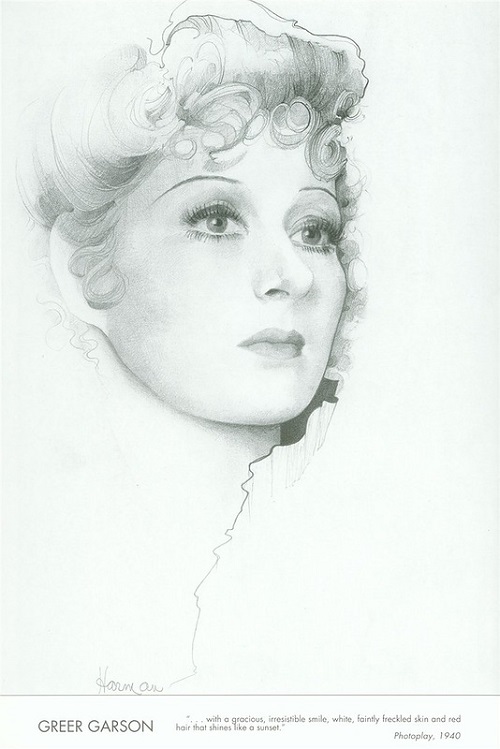 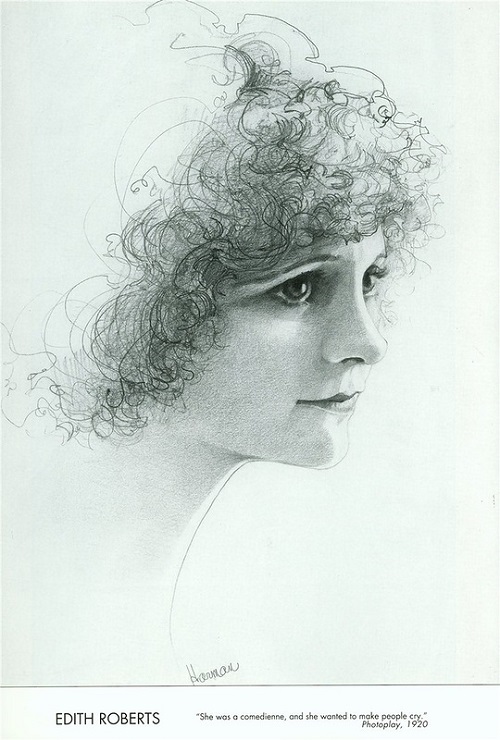 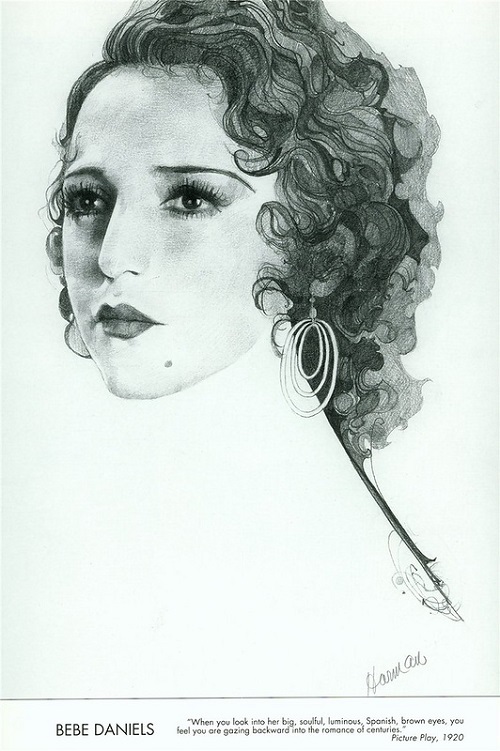 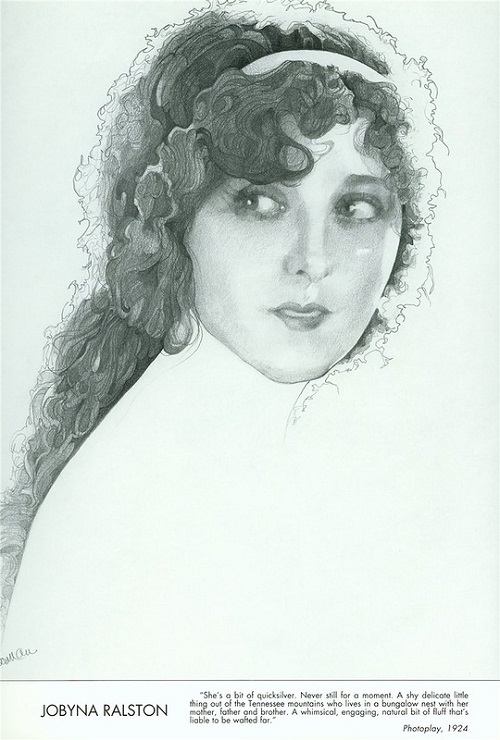 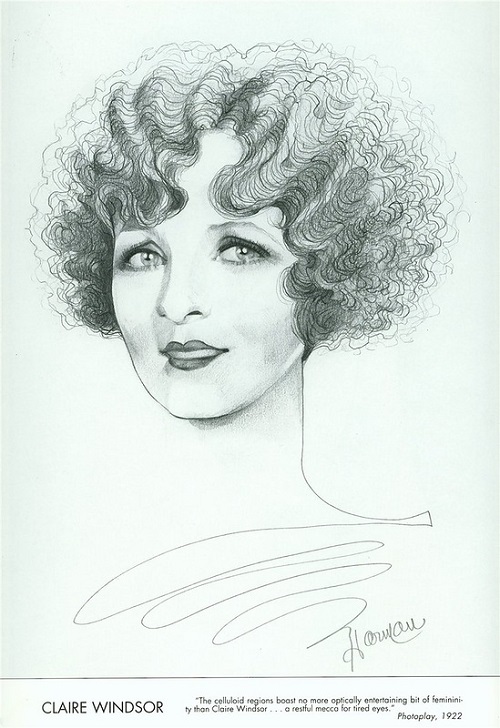