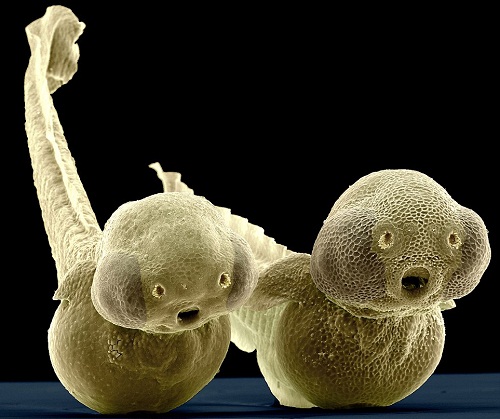 Fascinating Research Photos
These strange-looking creatures won first prize in a science photo competition. They are two-day-old zebra-fish larvae, as seen through a scanning electron microscope. The photo – known as a micrograph – was taken by Jurgen Berger and Mahendra Sonawane, both employees at the Max Planck Institute for Developmental Biology, which organises the Images of Research Focus Photo contest. The larvae are being studied by the institute, in Tubingen, Germany, as part of its investigation into sensory cells and the development of organs in embryos – and earned the two scientists 5,000 euros in prize money. 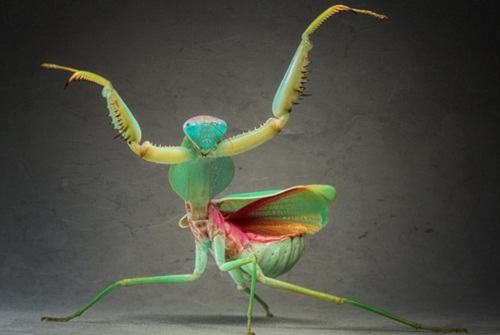 Taking joint second prize was a colorful praying mantis. Neurobiologist Igor Siwanowicz wowed the judges with his technically perfect staged image. He explained how the mantis, when threatened, spreads its limbs to confuse enemies. And they also use their front legs, covered in tiny spikes, to ensnare their prey. 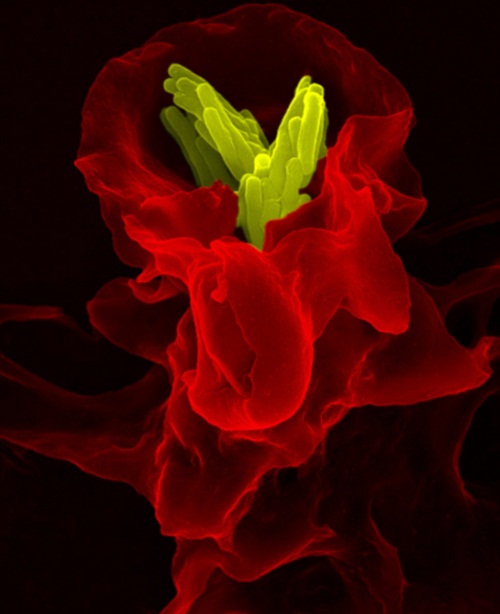 White blood cell (in red), ‘eating’ tuberculosis bacteria (in green), photo by Volker Brinkmann, from the institute’s department for infection in Berlin

Sharing the prize was an incredible picture of the human immune system in action – which, at first glance, could almost be mistaken for a flower. Taken by Volker Brinkmann, from the institute’s department for infection in Berlin, it shows a scanning electronic recording of a white blood cell (in red), ‘eating’ tuberculosis bacteria (in green). 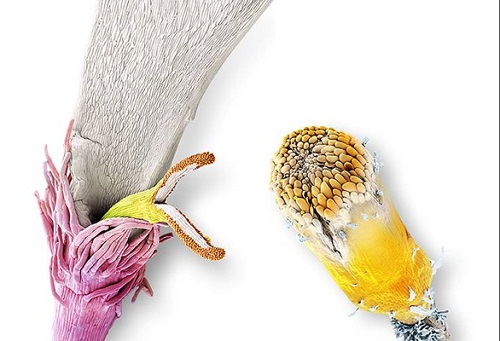