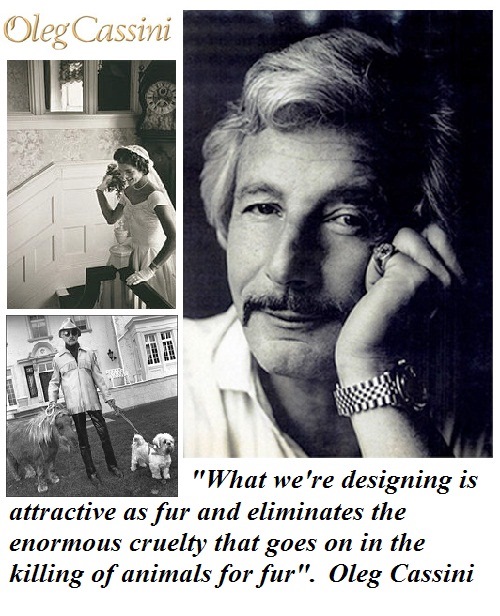 Oleg Cassini was born 100 years ago, on April 11, 1913 into a family of a Russian father – diplomat Alexander Loiewski and Italian Countess Marguerite Cassini. Oleg Cassini is remembered not only for being an officially personal couturier for Jackie Kennedy. Oleg Cassini, unlike most fashion designers, was an animal lover and an advocate for animals. Thus, he created collections of man-made fashion fur, the ‘evolutionary furs’. A late convert to animal rights, he blamed himself for the loss of 250,000 leopards killed as women copied a coat he had designed for Jackie Kennedy. He renounced the killing of animals and stuck by his word by introducing micro-fiber fake furs in 1999, a synthetic material that retained the feel, warmth, and fashion of real fur. On his Oyster Bay estate he had eighteen dogs, fifteen cats, thirty goats, six sheep, one half-ton sow, two Vietnamese potbellied pigs, one donkey, two parrots, twenty-two full-size horses, and two miniature horses. 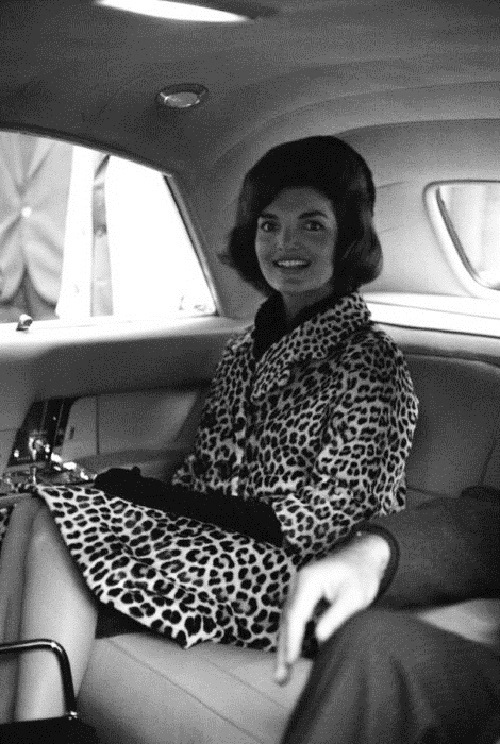 In 1999, Oleg was awarded the Humanitarian Award at a fashion show and Gala at the National Building Museum in Washington DC. Cassini said – “What we’re designing is as elegant and attractive as fur and eliminates the enormous cruelty that goes on in the killing of animals for fur”.

Cassini’s autobiography states Cassini provided the suggestion to President Kennedy to take steps to organize The Bureau of Indian Affairs, the action which led to the American Indian Movement. Cassini was named an honorary member of the Chickasaw and Navajo nations in 1981 due to his fund raising and organization of gala charity events for the tribes.

Oleg Cassini and his brother Igor under the pen name of society columnist Cholly Knickerbocker, threw “The Knickerbocker Charity Balls” to raise money for the tribes. In addition to organizing events, Cassini participated on The 64,000 Dollar Question donating $32,000 in winnings to the tribal charities.

Veterinarian Rachel Blackmer of the Cape Wildlife Center in West Barnstable, accompanied by fashion designer Oleg Cassini, carries one of two rehabilitated fox cubs to be released in East Falmouth. Cassini was on Cape yesterday to attend a fund-raiser for the Orenda Wildlife Trust. 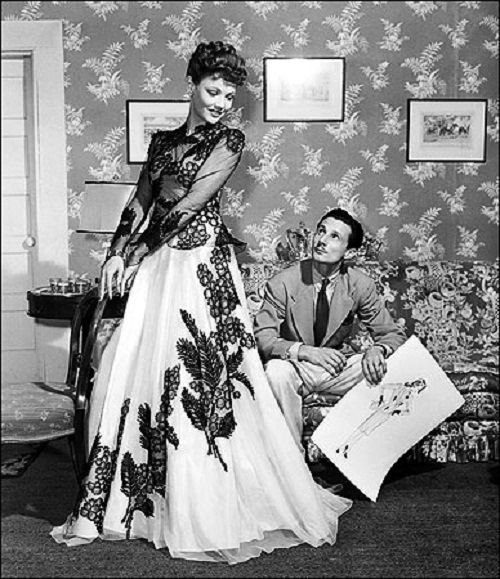 Cassini spent his early childhood between Russia and Copenhagen, Denmark, where his father was a diplomat at the Russian Embassy. His family members were landed aristocracy in Russia until 1917. 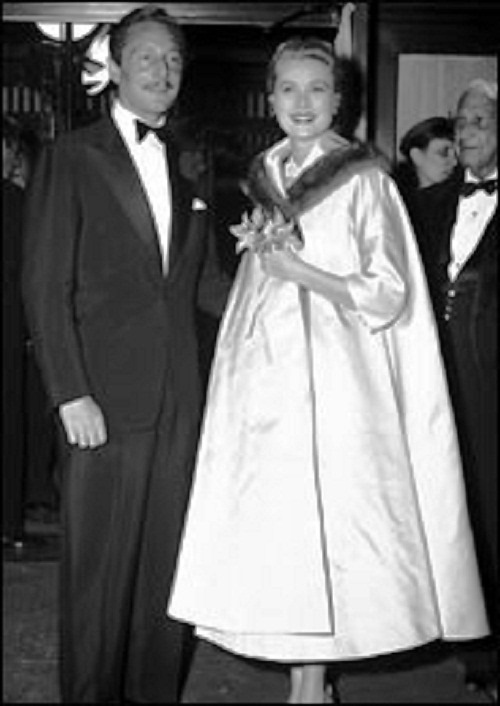 In Hollywood he worked for Paramount Pictures and designed a sarong for Dorothy Lamour. In the 40’s and 50’s he designed costumes for 20th Century Fox and other studios and stars such as Marilyn Monroe, Natalie Wood, Grace Kelly, and Gene Tierney. 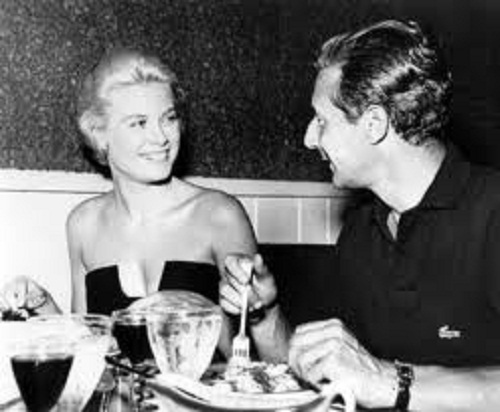 Oleg Cassini became an American citizen in 1942. He served in the Coast Guard and in the U.S. Cavalry Corps, having become an expert horse rider, and soon earned his lieutenant’s bars. After the end of WWII he was discharged and moved back to New York, where he opened the ‘Oleg Cassini’ Salon on the East 55th Street.

The first of his two daughters was born deaf, due to Tierney’s measles infection. 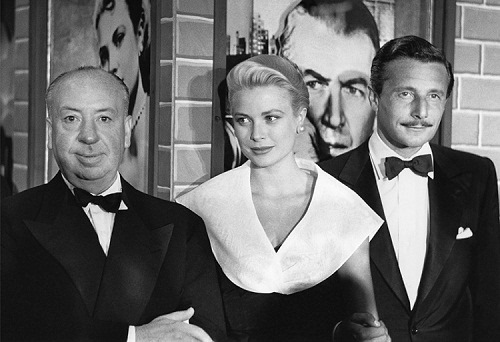 Before and after his two marriages Cassini was known as a ladies man. He dated actresses Betty Grable, Lana Turner, Ursula Andress among others. He was always seen in the company of starlets, debutantes, heiresses, ingenues, showgirls. 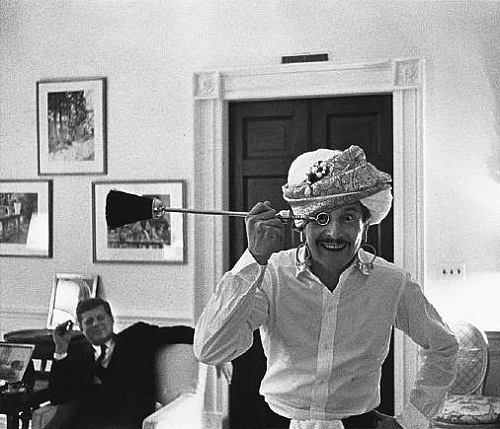 In 1960 Oleg Cassini became the Principal State robe designer chosen by Jacqueline Kennedy, who knew him for years. His solid training in art and his long experience in Hollywood served him well.

For the President Kennedy’s Inauguration in 1961, Cassini dressed the First Lady in a fawn beige wool coat with a small sable collar and a matching pillbox hat. Soon, it seemed, women all over the world followed the First Lady’s image. In 1963 the world saw another pink pillbox hat by Cassini on Mrs. Kennedy, when she was next to the President when he was assassinated. In less than 3 years Cassini created about three hundred outfits for the First Lady. His creativity was inspired by Russian, Italian, French, Oriental, and Native American cultures. His collection of Jacqueline Kennedy’s dresses was displayed at the Metropolitan Museum of Art in 2001. Some pieces of her wardrobe were sold at auction houses.

Oleg Cassini died on March 17, 2006, on Long Island, New York, where he had an Oyster Bay home, previously owned by the Tiffany family. He was arguably the oldest famous fashion designer in the world.

He led a fast jet-set life and his reputation as a boulevardier. He wrote his autobiography “In My Own Fashion” in 1987. In his 1995 book, “A Thousand Days of Magic: Dressing Jacqueline Kennedy for the White House,” Mr. Cassini wrote, “All I remember about those days are nerves, and Jackie on the phone: ‘Hurry, hurry, Oleg, I’ve got nothing to wear.'”

Fashion anticipates, and elegance is a state of mind. 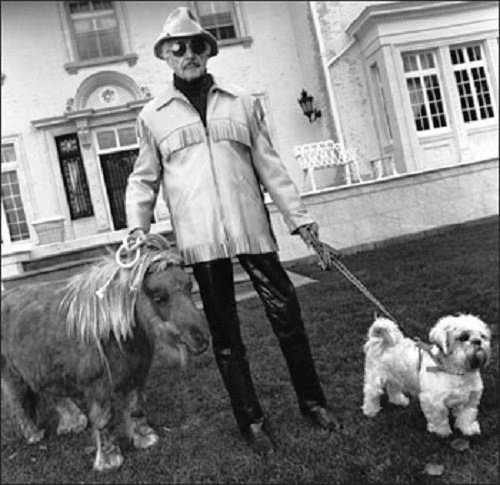 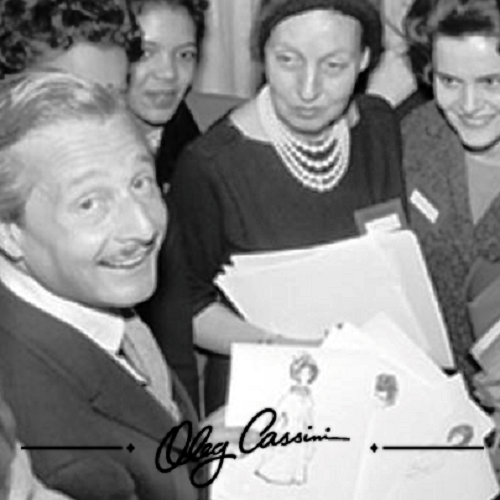 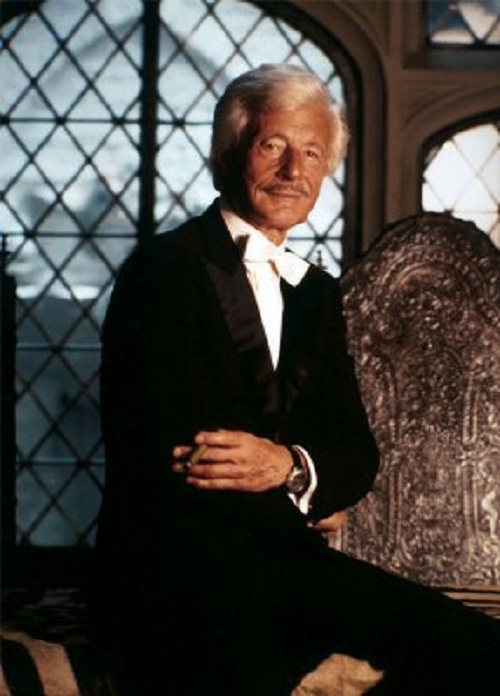 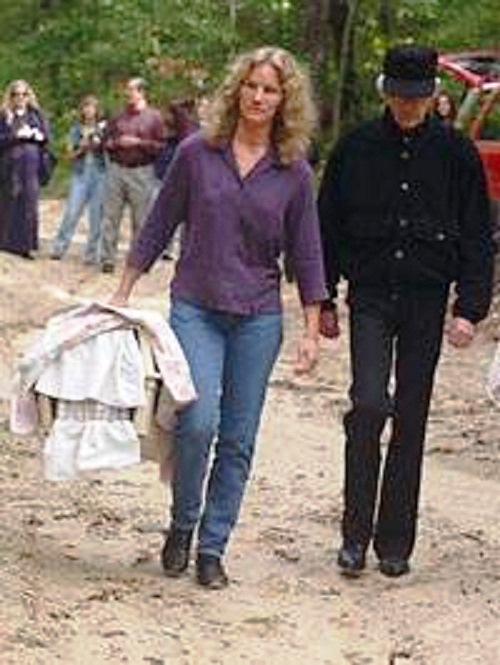 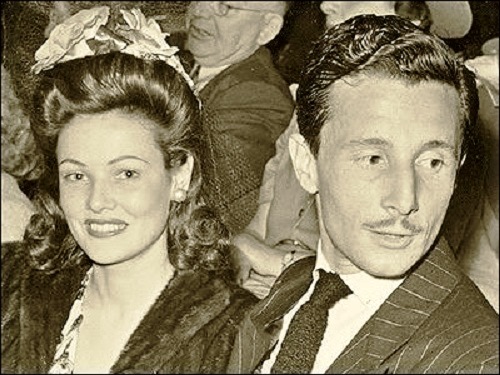 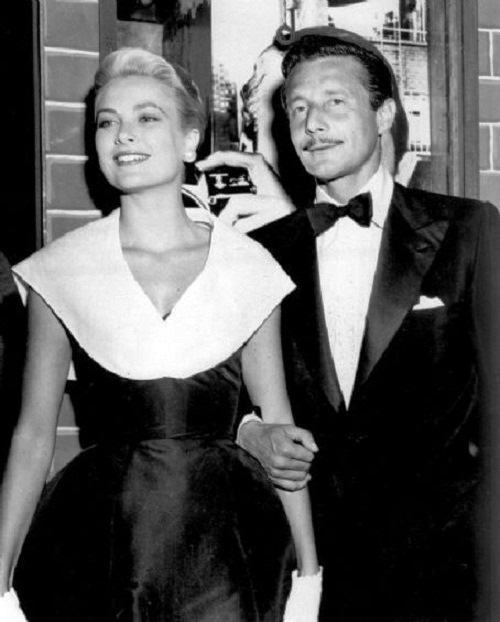 Cassini was briefly engaged to Grace Kelly in 1954. She broke their engagement to marry Prince Rainier of Monaco. 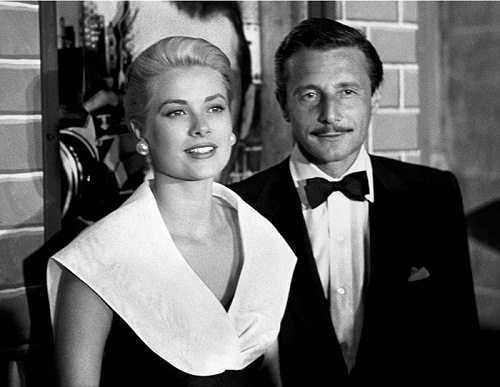 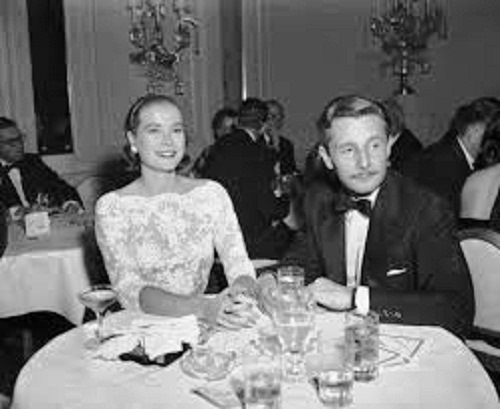 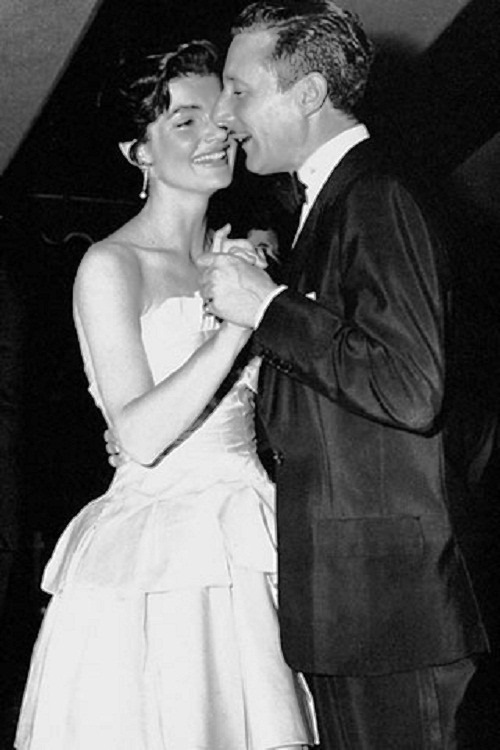 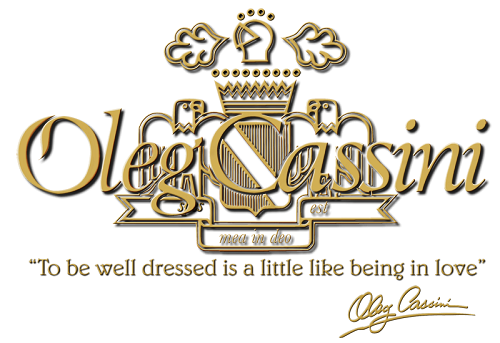 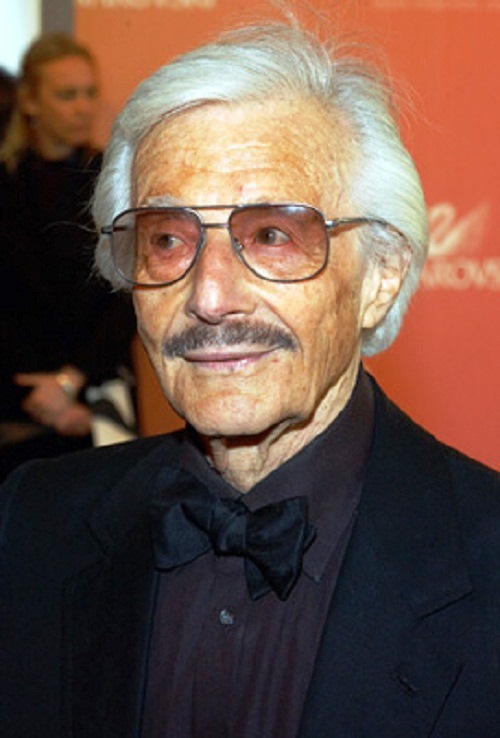 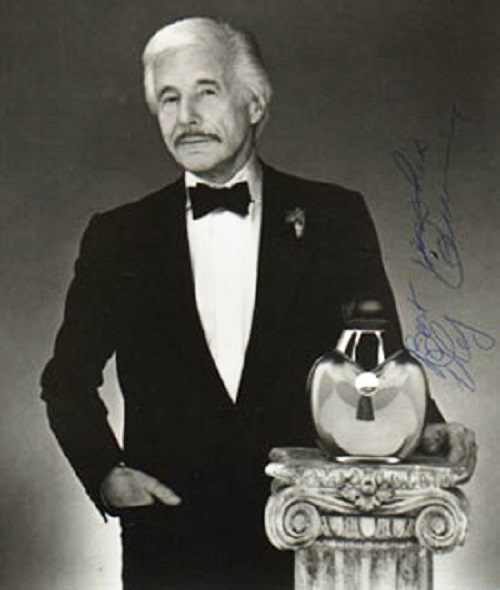