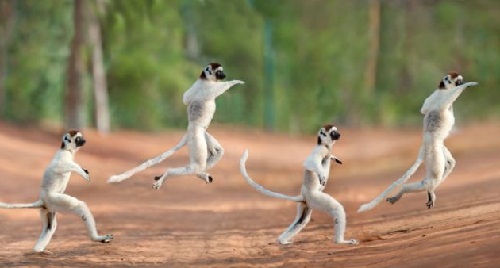 Leaping lemurs of Madagascar. A rare sifaka lemur is captured using time lapse photography as it skips across a path in Madagascar. Photo dailymail.co.uk

The leaping lemurs of Madagascar.

British freelance nature photographer from London Dale Morris (40), traveled to the African island to observe the bright-white lemur, who are on the verge of extinction. There are more than 100 species of lemur living on the African island and all are endangered and classed as between vulnerable and critically endangered. The black and white lemur shows its dexterity on two legs as it is pictured running along the ground. The trick shot, which makes it appear as if there are four lemurs, was taken by Dale Morris using time-lapse photography. 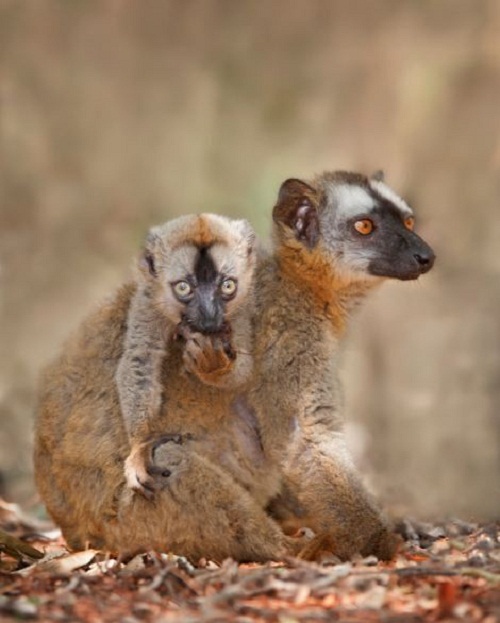 A baby brown lemur looks on as it eats some food

Morris said: ‘Many of the daytime lemur species live in nature reserves and are quite accustomed to tourists taking their photos. Some of them are so used to people that they will raid your hotel room looking for food if you leave the window open and will even beg at open-air restaurants… Morris added: ‘I was surprised by how many beautiful lemur species there are – over 100 – and how many of them are close to extinction. I learned that once upon a time there were lemur species as large as a man. Now that would have been something to see.’ 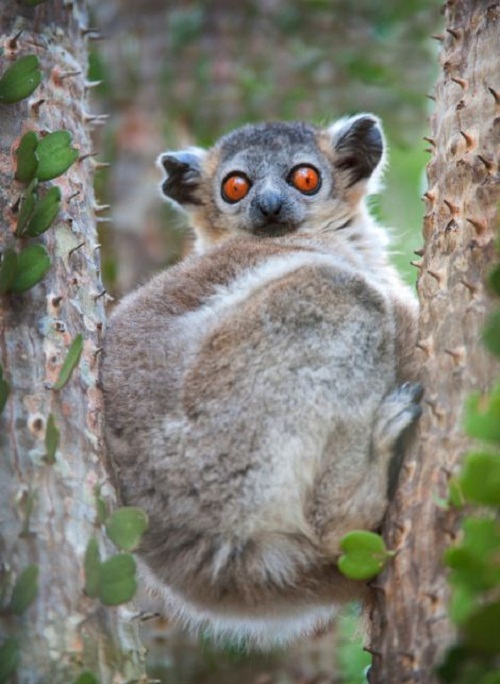 A lemur perches among the thorns in a tree 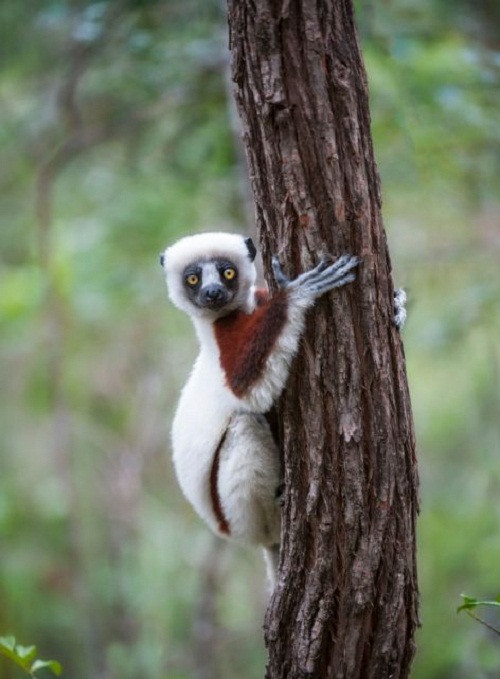 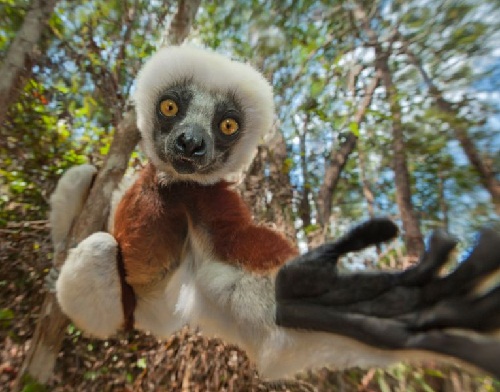 A lemur reaches out as if to grab the camera. Photographer Dale Morris said many lemurs live in nature reserves and are used to tourists 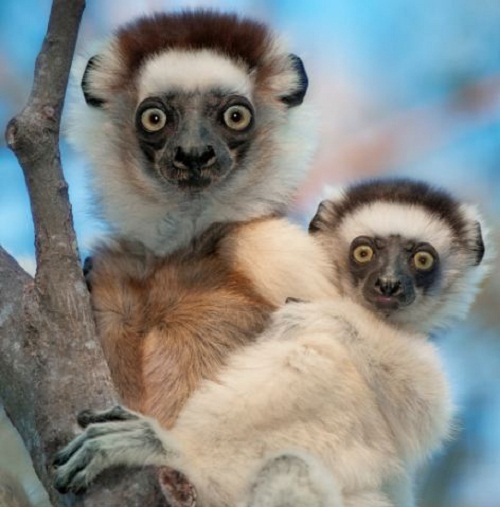 A pair of lemurs cling to a tree in Madagascar 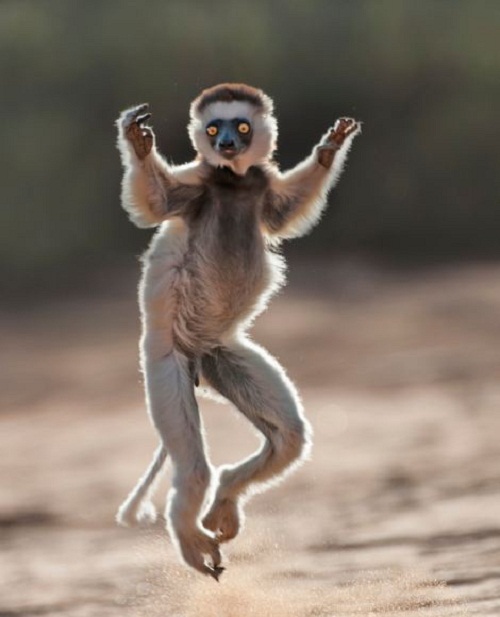 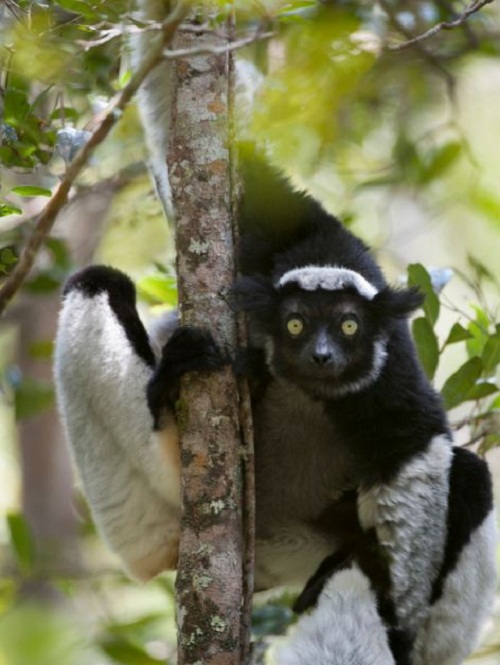 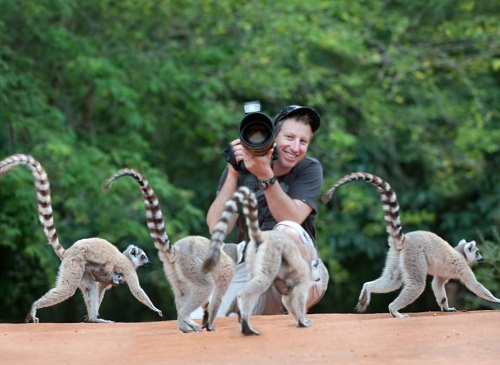 Dale Morris said he was amazed by the vast range of lemur species in Madagascar. There are more than 100 species on the island 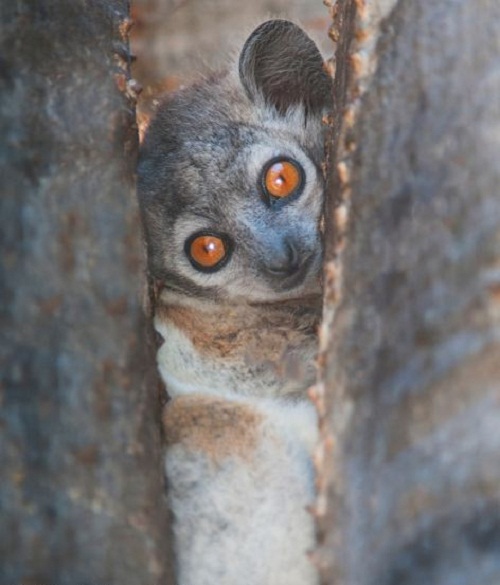 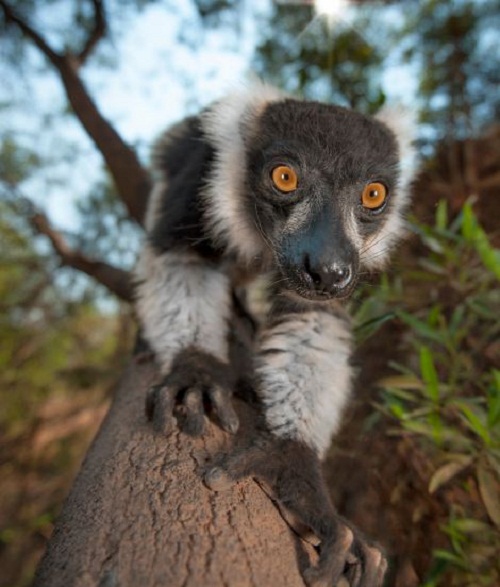 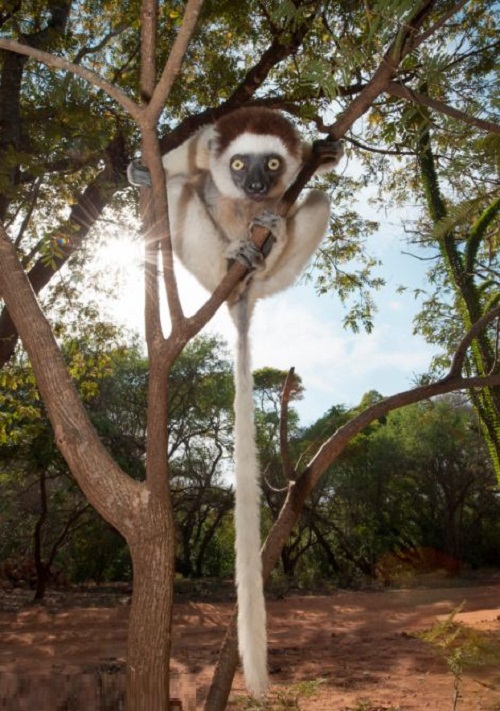 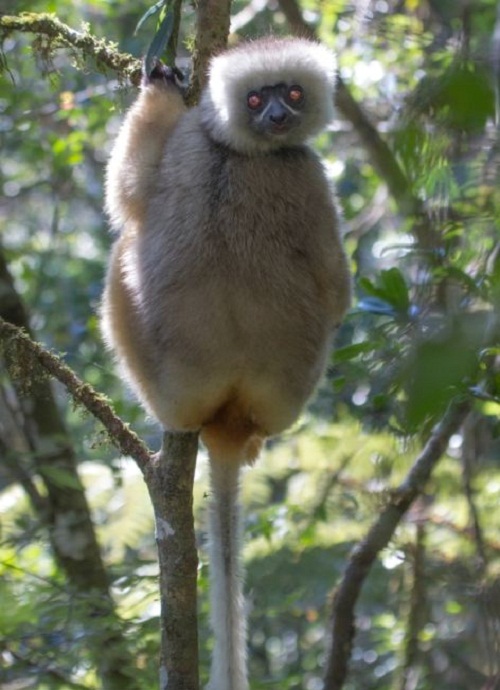 these individuals certainly took an interest in the cameras 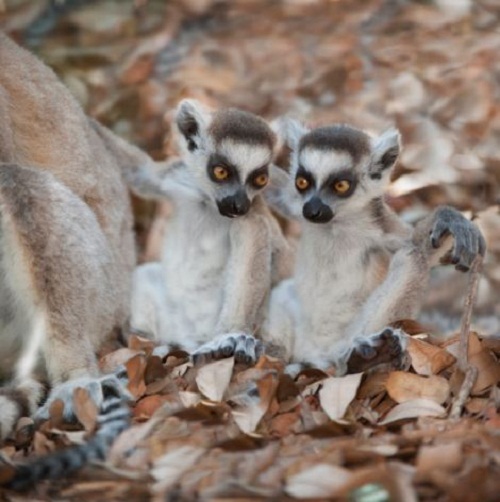 two babies stay close to their mother among the leaves 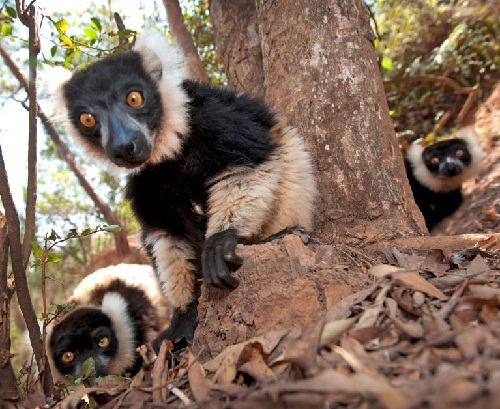 Two lemurs look suspicious as they crawl along the ground towards the camera, while a nervous companion pokes its head from behind a tree