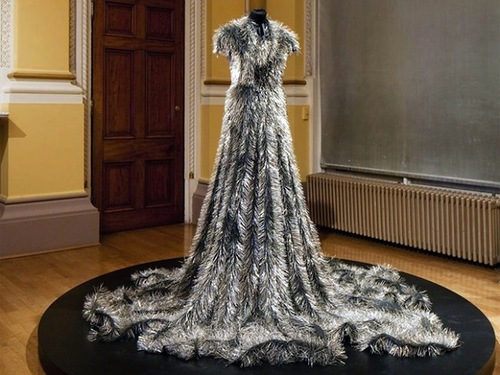 Prickly Widow dress by Susie McMurray
Fashion Designer Susie McMurray came up with a symbolic pins dress, and called it – “Widow.” Meanwhile, it embodies the sting of losing a loved one. There is another meaning of unusual attire of pins: a woman in mourning may be closed, raise the needle on end, like a hedgehog, and no one not even close to fend for her soul.
Noteworthy, to create an unusual outfit Susie McMurray has spent about one hundred thousand pins, stuck into the leather piece. In sum, armor weighs over 43 pounds. Until January 2, dress pins is in London at the Victoria and Albert Museum. 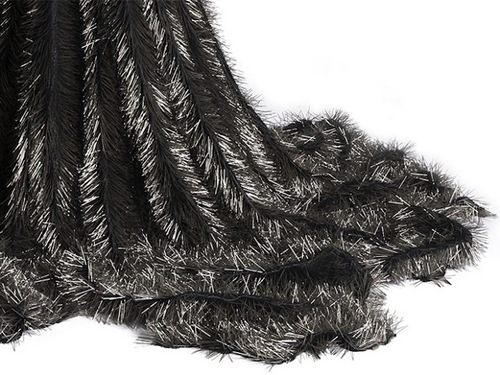 Born in London in 1959, Susie MacMurray spent her adolescent years in Montreal, Canada, before returning to London to study music. Leaving a successful career as a classical musician, MacMurray went back to school in 1996 and retrained as an artist. She graduated from Manchester Metropolitan University with a BA in sculpture and a master’s in fine arts in 2001. MacMurray works mainly in sculpture and installation, typically doing site-specific work in historical spaces. 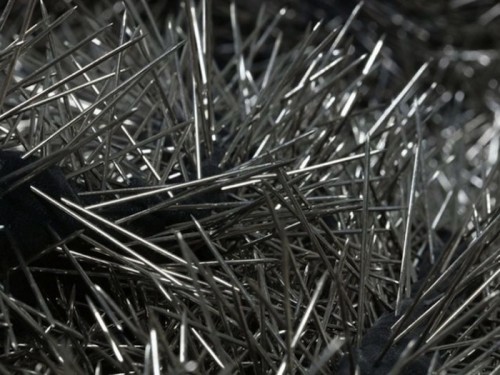 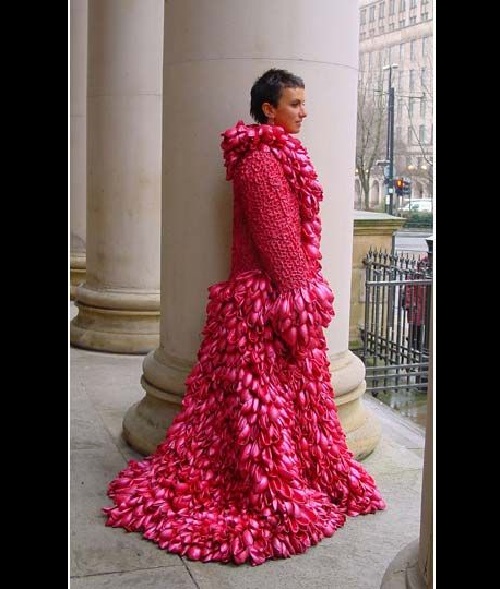 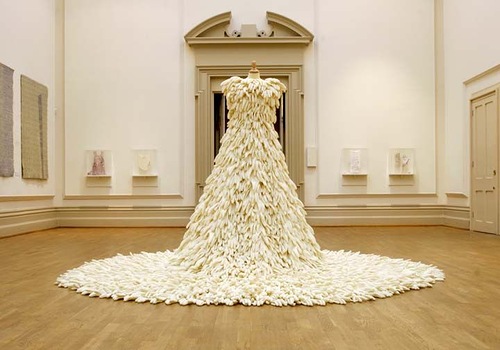 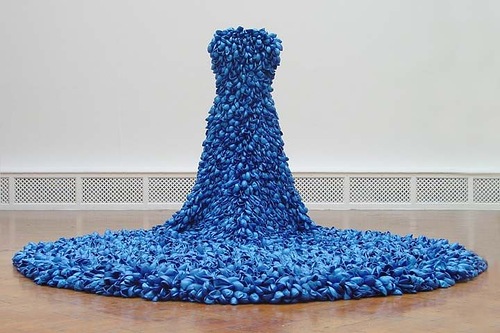