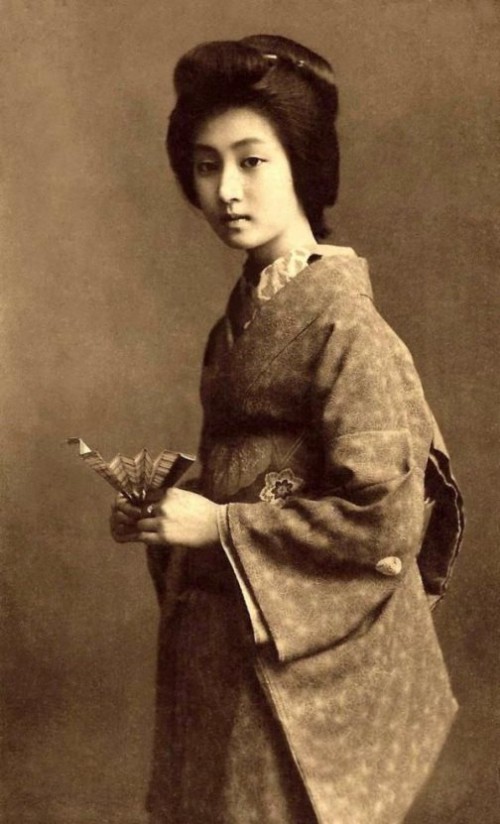 Retro pictures of Geisha
Traditionally, Geisha, Geiko or Geigi are female Japanese entertainers whose skills include performing various Japanese arts, such as classical music and dance. In the early stages of Japanese history, there were female entertainers: saburuko (serving girls), mostly wandering girls whose families were displaced from struggles in the late 60s. Some of these saburuko girls sold sexual services, while others with a better education made a living by entertaining at high-class social gatherings. 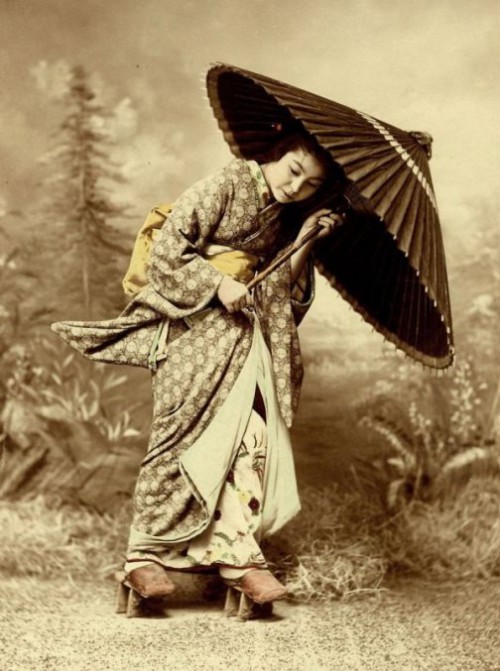 These women traditionally wore kimono and had the look of geisha

Traditional Japan embraced sexual delights (it is not a Shinto taboo) and men were not to be faithful to their wives. The ideal wife was a modest mother and manager of the home; by Confucian custom love had secondary importance. Accordingly, for sexual enjoyment and romantic attachment, men did not go to their wives, but to courtesans.

The forerunners of the female geisha were the teenage odoriko (“dancing girls”): expensively trained as chaste dancers-for-hire. In the 1680s, they were popular paid entertainers in the private homes of upper-class samurai, though many had turned to prostitution by the early 18th century. Those who were no longer teenagers adopted other names—one being “geisha”, after the male entertainers.

According to belief, the first woman known to have called herself geisha was a Fukagawa prostitute, in about 1750. She was a skilled singer and shamisen-player named Kikuya who was an immediate success, making female geisha extremely popular in 1750s Fukagawa.

Meanwhile, “Geisha girls” also considered Japanese women who worked as prostitutes during the period of the Allied Occupation of Japan. They almost exclusively serviced American GIs stationed in the country, who referred to them as “Geisha girls”. In fact, Americans unfamiliar with the Japanese culture, sometimes could not tell the difference between legitimate geisha and these costumed prostitutes. 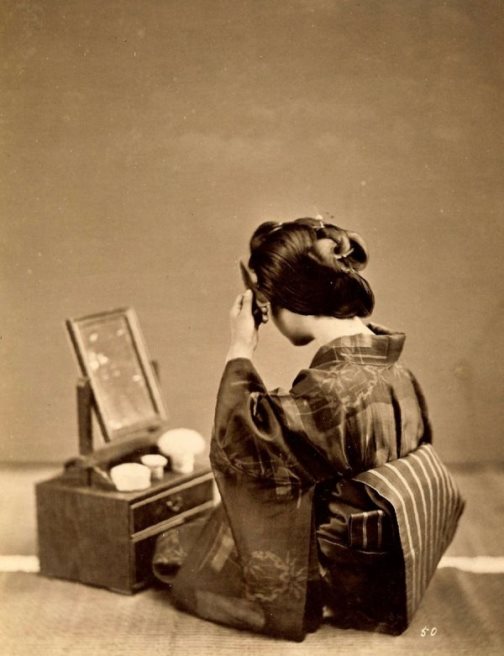 Sitting in front of the mirror Geisha 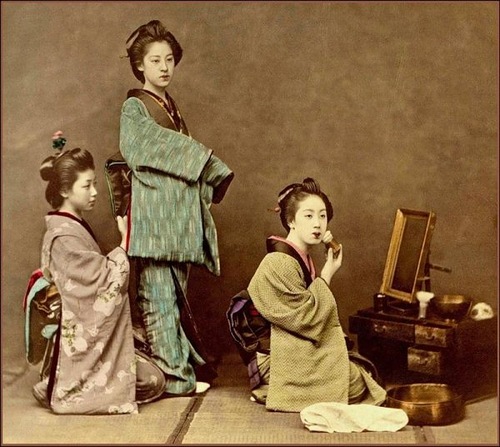 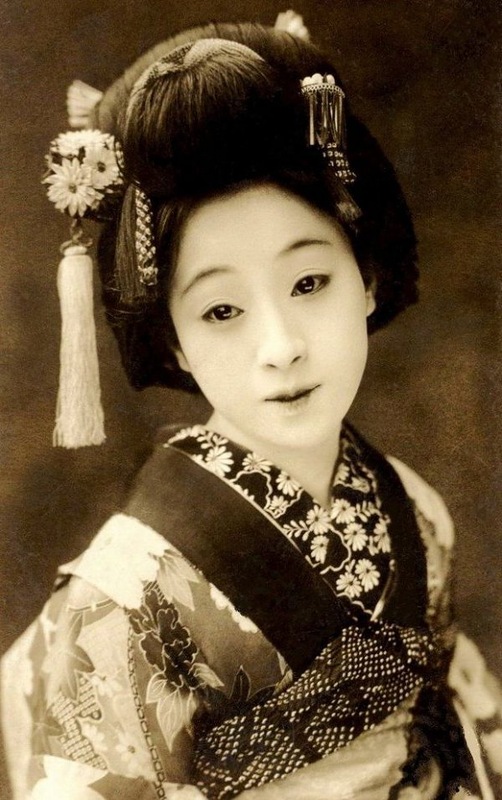 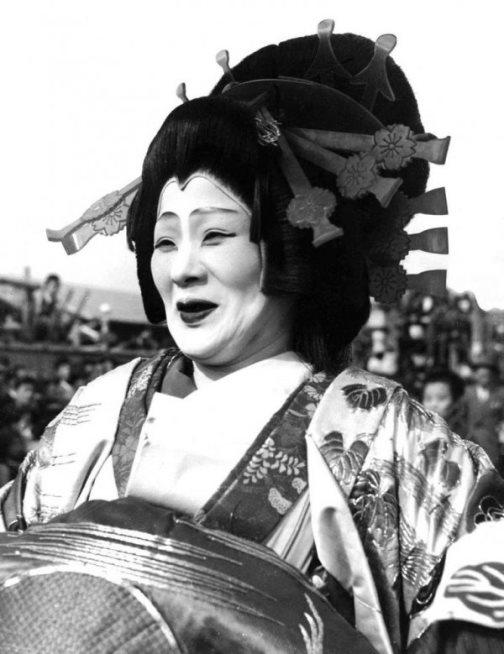 Japanese entertainer, although not sure she/he is a geisha 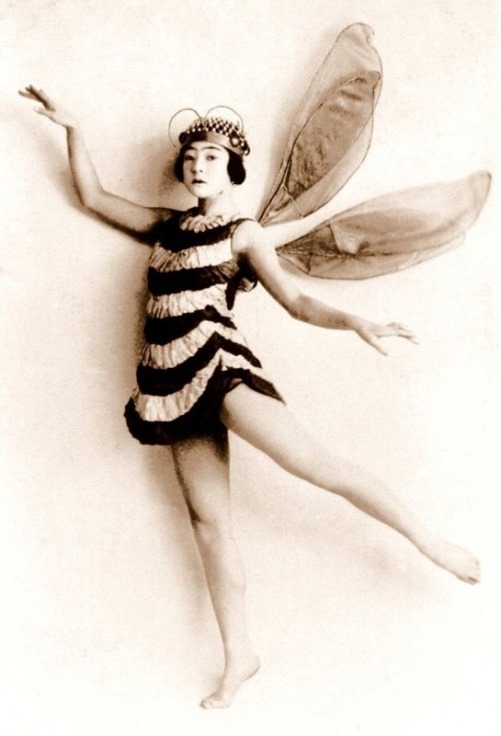 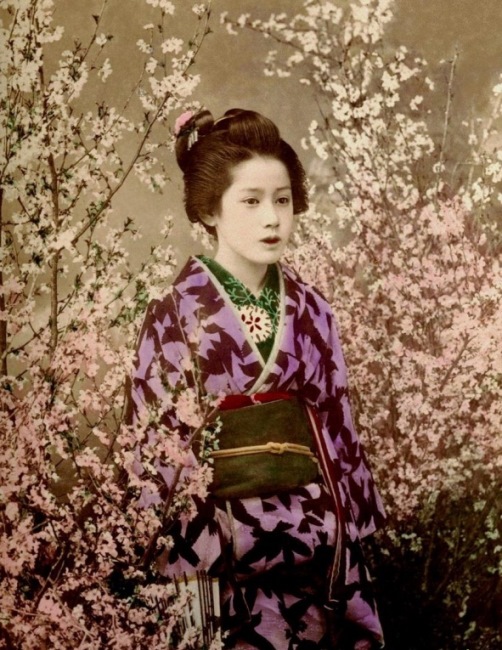 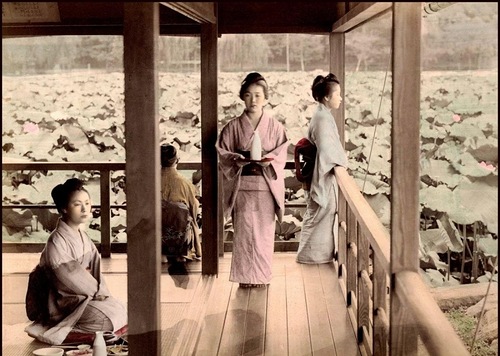 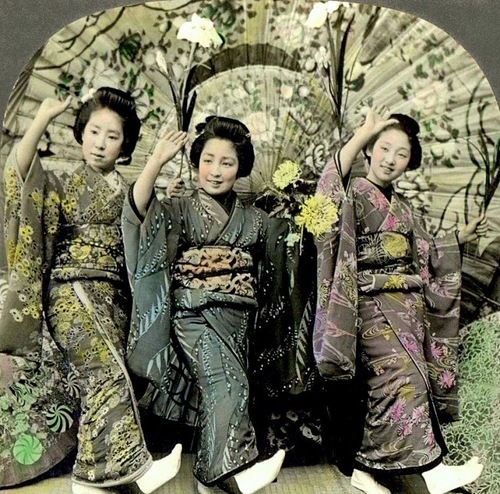 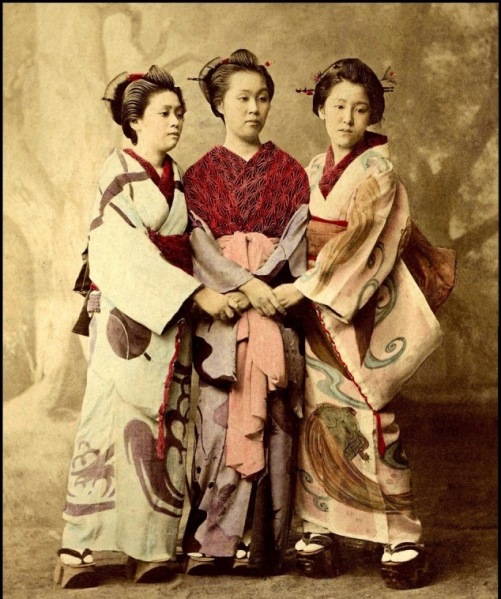 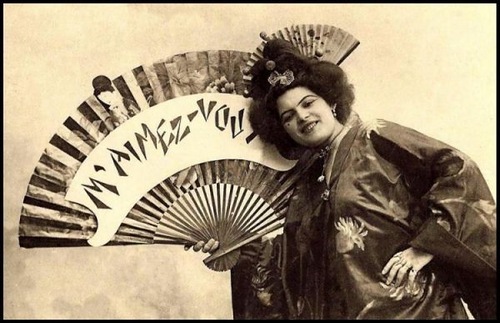 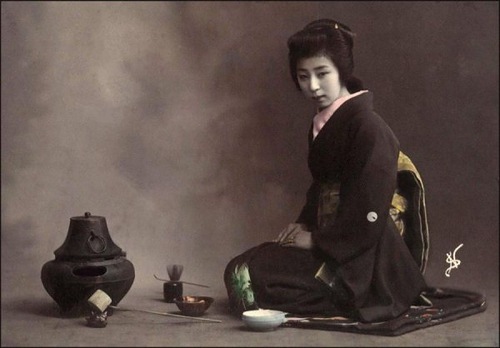 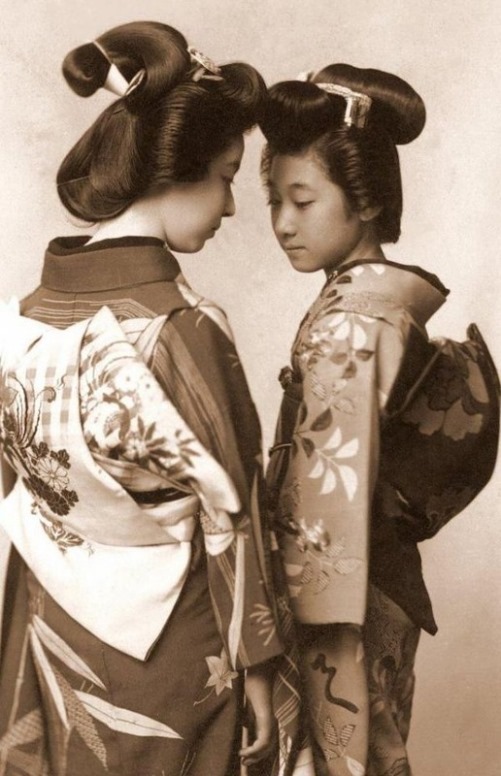 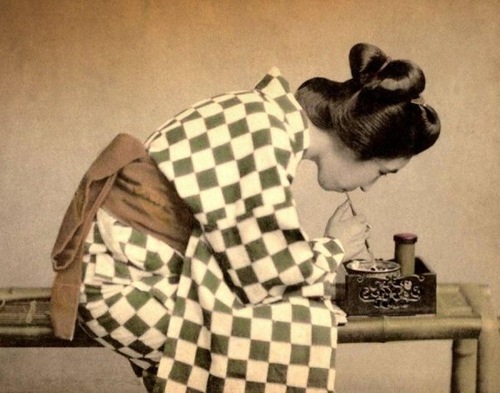 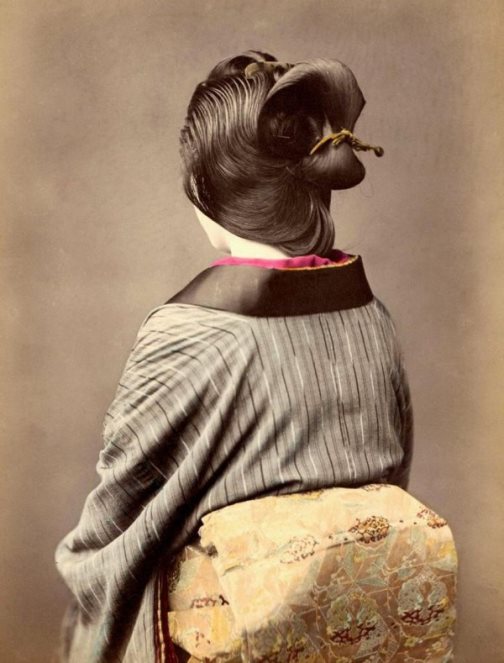 Standing with her back 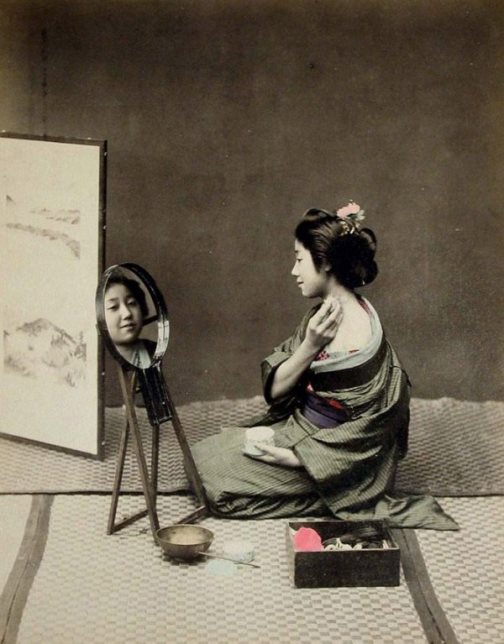 Mirror, mirror, tell me who… 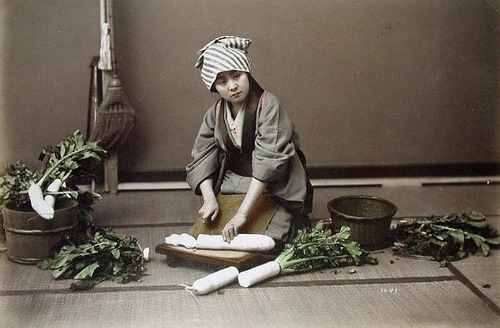 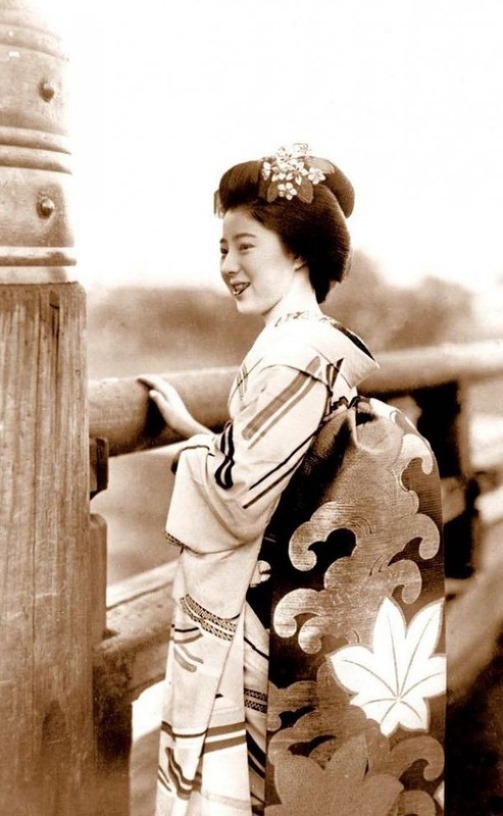 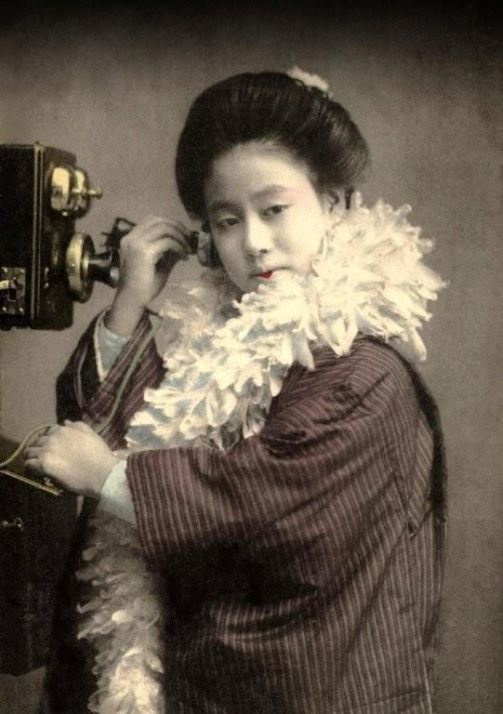 Photo of Geisha with a telephone 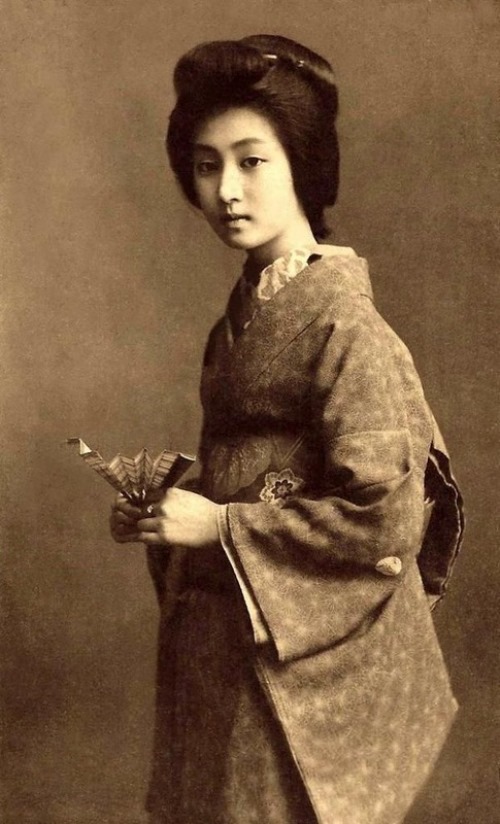