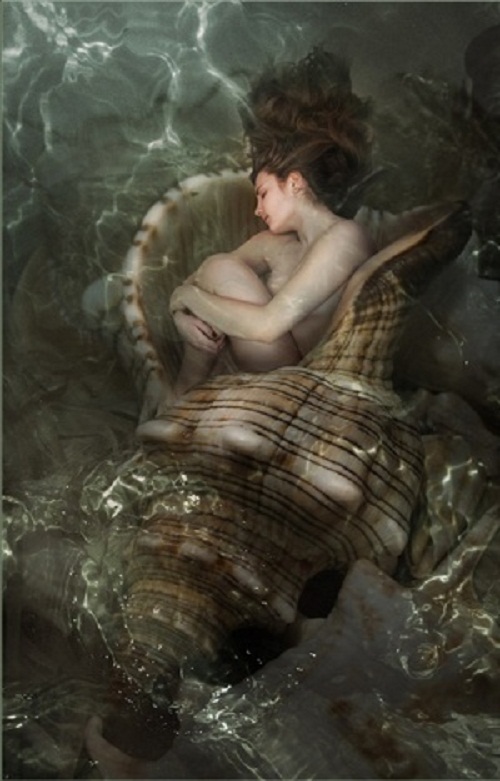 Russian mermaid Rusalka is a beautiful fish-woman, who lives in the rivers. Parapsychologists and some crypt-zoologists in Russia believe that over the past 50 years Rusalka (Russian for mermaids) has killed at least 60 people and at least 400 witnesses managed to escaped death after meeting with them. These enlightened age stories about Rusalka seem no more than a fairy tale. According to Russian linguist and ethnographer Dmitrii Zelenin, people who die violently and before their time, such as young women who commit suicide because they have been jilted by their lovers, or unmarried women who are pregnant, must live out their designated time on earth as a spirit. 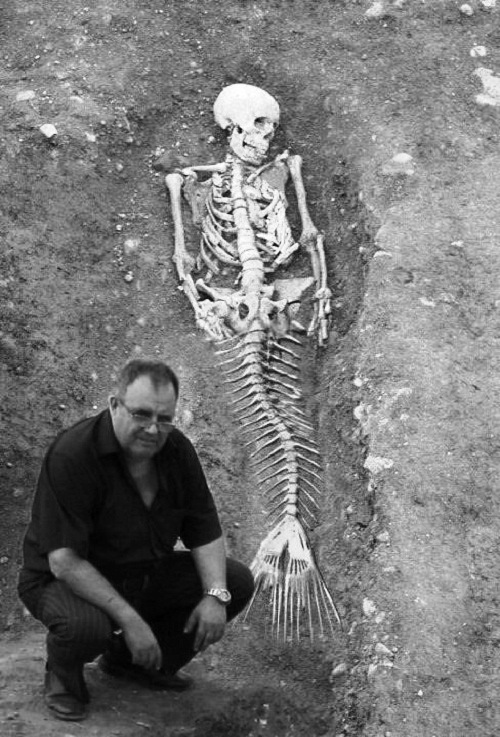 Here is one more story told by the participants of the ethnographic expedition that explored the local folklore in the Carpathian Mountains in the late 60’s of the last century.

Mykola was a gloomy, sullen old man who lived alone in a poor hut close to the mountains at the river Prut. Once in the middle of the summer, at dawn, Mykola went fishing in a secret, remote place. Suddenly while he was going to catch fish, the old man was forced to stop. He noticed someone lying on the stone in the sand.

Coming closer, a fisherman was scared to death – it was a mermaid. Low growth, maybe five feet, fragile, the upper half of the body with very white skin, her hair was almost to her waist, greenish-gray, similar to algae, thin, elegant, proper face with excessively large, dark eyes without pupils in them. In these eyes Mykola saw a plea for help. Without hesitation, the old man decided to give first aid to the mermaid.

Overcoming the fear, he threw off his robe, carefully put the mermaid on it, and brought her to his hut. There was only one bed in his house, he put his finding there. Mykola spent two days near her bed, the mermaid didn’t show any signs of life. Mykola noticed her enormous eyes became still, it’s over. The aroma coming from the mermaid, began to disappear, she died. 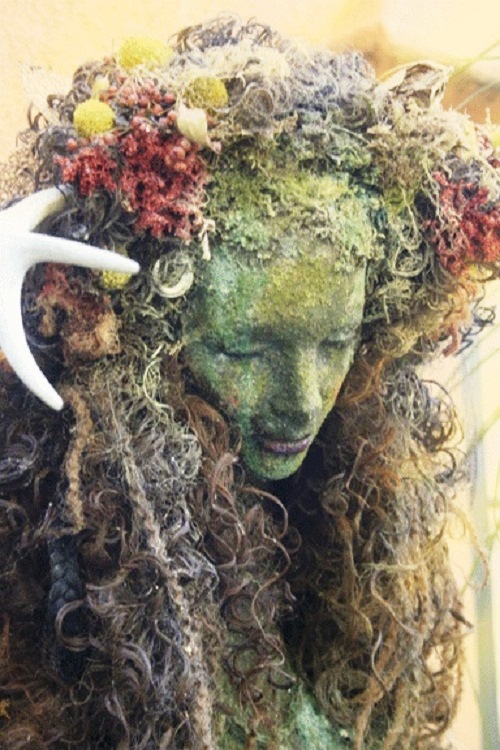 Members of the expedition, of course, did not believe the old fisherman. Then he took them into his mud hut, and not far from it under one of the trees they saw a small burial mound. On it instead of Orthodox cross was a small, crudely carved wooden statue of a mermaid. 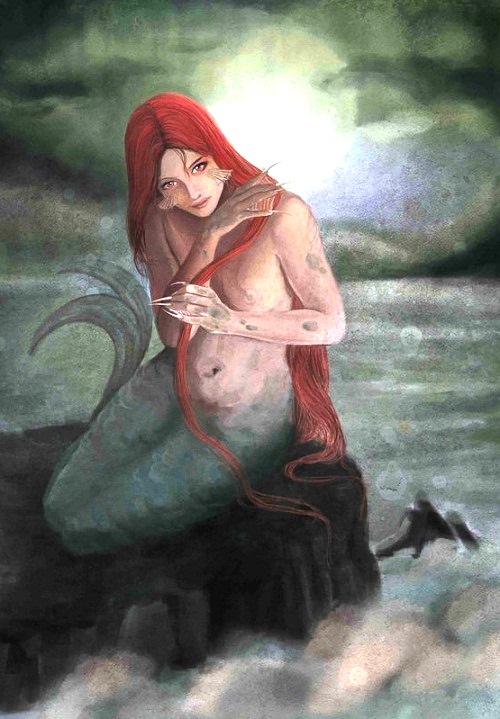 The existence of mermaids has been known since ancient times. In Russia, mermaids were considered the drowned girls, the suicide girls decided to end life because of unhappy love. It is believed that the biggest holiday for them is the night of Ivan Kupala (July 7). On this night, they come out of the water and dance. 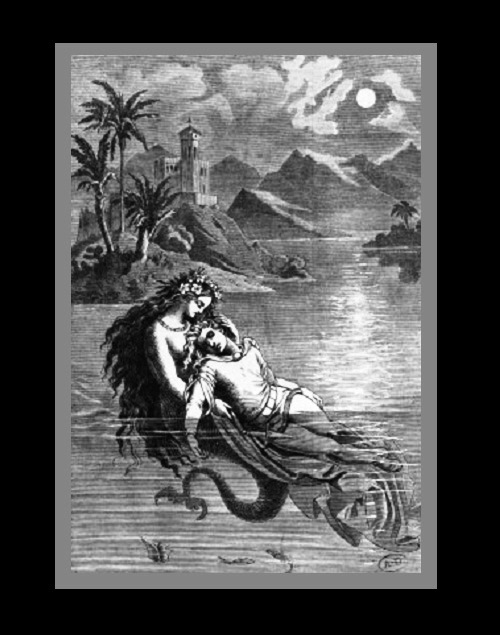 Mermaids are interested not only in mere mortals, but the powerful men. Russian Emperor Peter I carefully studied the records of Christopher Columbus, who claimed to have seen with his own eyes the three beautiful maidens with fish tails, frolicking off the coast. 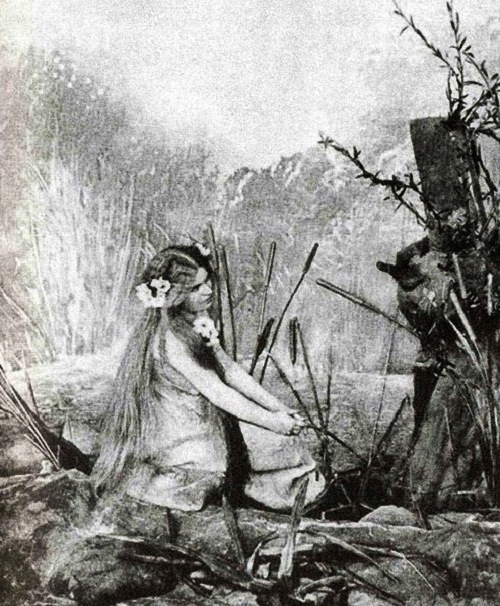 January 3, 1957 Traveler Eric Bishop sailed on his own reconstructed ancient Polynesian raft from Tahiti to Chile. Suddenly his watch started to behave very strangely, he shouted that he saw a strange creature, jumping out of water onto a raft. Balancing on the tail, this creature with hair like the finest algae, stood in front of him. Trying to touch an uninvited guest, a sailor got such a hit that the flat on the deck, and the visitor disappeared into the waves. Since on the hands of sailor were shining fish scales, de Bishop didn’t doubt the reality of the incident. 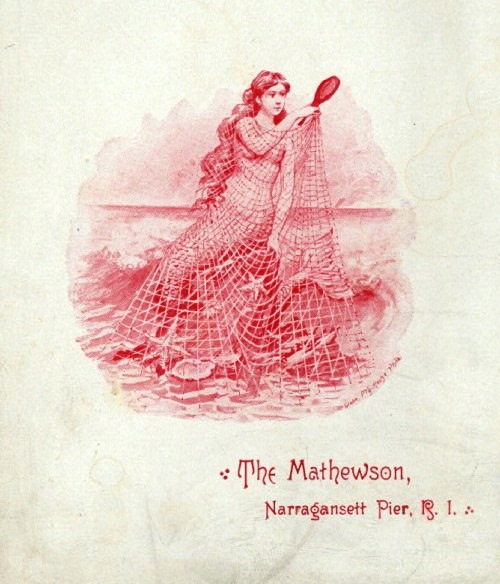 Another official evidence is dated 1830. On the Hebrides, the inhabitants of the settlement Benbecula, saw a young mermaid having fun splashing in the sea. Several men tried to swim to it and catch it, but it easily drifted away. Then one boy started throwing stones into a mermaid and hit the target. A few days later, two miles from the spot where she was seen for the first time, the corpse of a little mermaid was thrown to the shore. 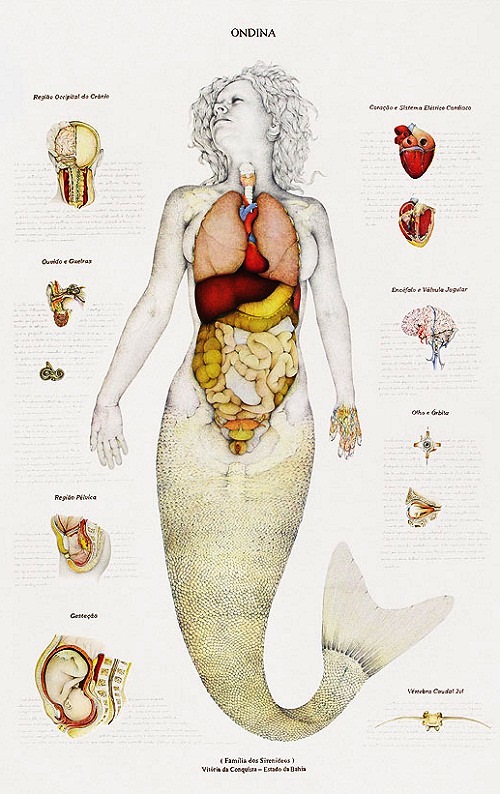 Observers recorded: “The upper part of the body was the size of a well-fed child of three to four years old with an abnormally developed breast. long, dark and shiny hair, white, soft and gentle skin. The lower part – the tail of the salmon, but without scales. ” 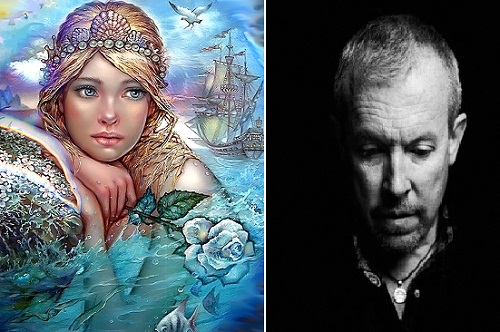 Andrei Makarevich describes the meeting with a mermaid in his autobiography: “One day my friends and I went to the village. There was a lake in the nearby forest. The forest starts right from shore, about a kilometer from the village. I decided to take a swim. Undressed quickly on the rocky shore, waving away the bloodsuckers (mosquitoes), came into the dark water and dove headfirst. 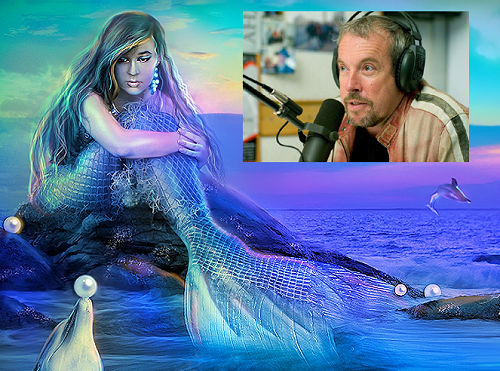 Depth started from the shore at once, the water was warm only on the surface, at the bottom it was icy. Suddenly I heard the mermaids singing – it was a song about all drowned in the lake for thousands of years. Voices sounded under water so terrible that I immediately appeared on the surface. Over the water nobody sang, the forest looked darkly and unfriendly. I got dressed, trying not to look back, and hurried toward the house”. 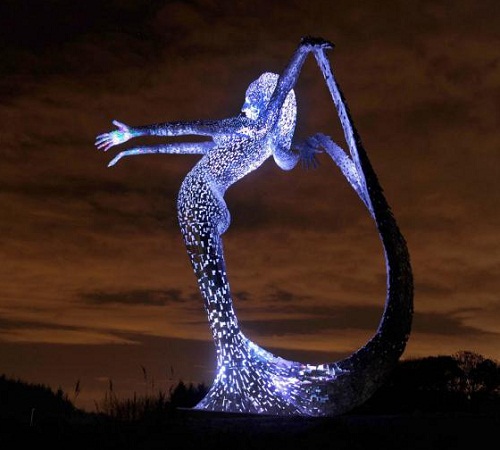 English scientist crypt-zoologist John Goodlyn has been researching the history of mermaids for a long time. He believes that the secret of mermaids and other bizarre creatures encountered from time to time in the world, lies in the amazing hypnotic gift of mimicry, which is still unknown to science. 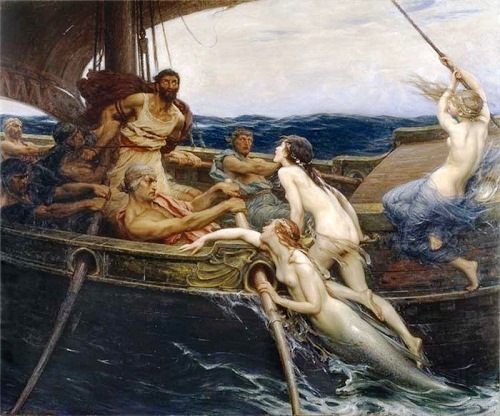 Caught the eye of the people, it crawls into their minds establishing images and makes these random witnesses to see themselves that way, and not otherwise. Caught by the water, it looks like a mermaid, in the woods – a devil, in the house – Domovoi (Hob). According to the Gudlin theory, this creature, affecting people can also look like a humanoid, even dressed and able to maintain a simple conversation.

The ghostly version is the soul of a young woman who had died in or near a river or a lake and came back to haunt that waterway. This undead Rusalka is not invariably malevolent, and will be allowed to die in peace if her death is avenged. 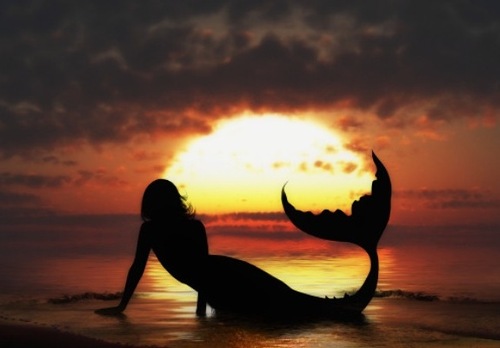 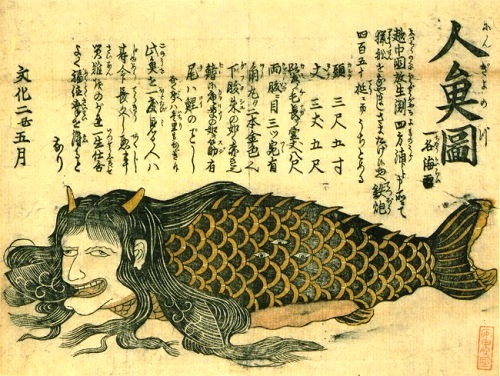 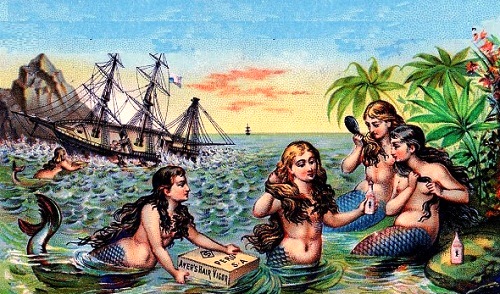 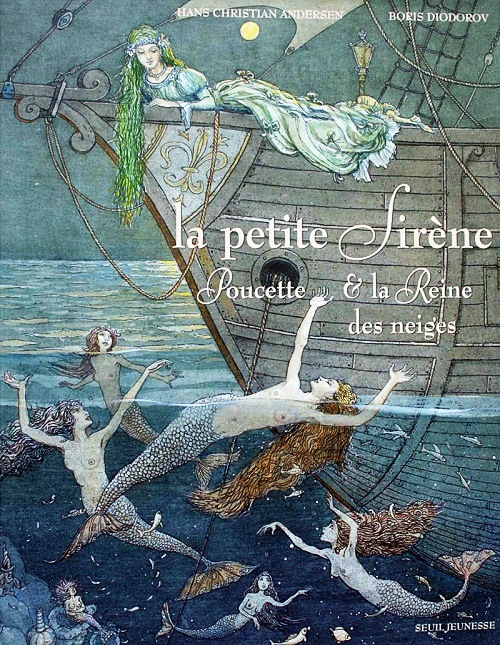 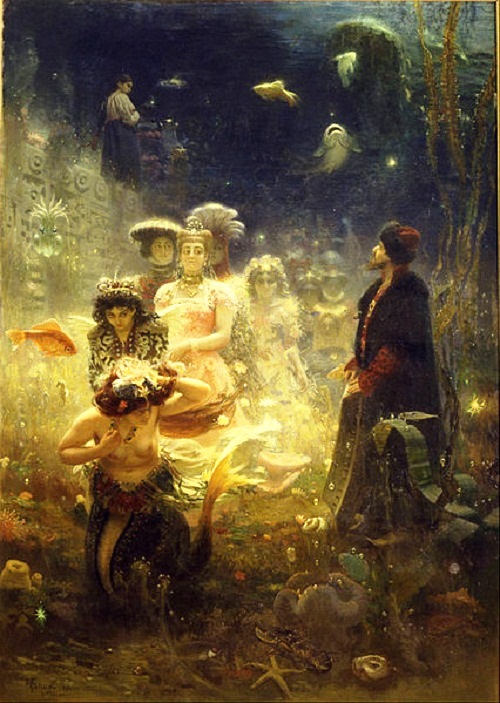 Sadko. Painting by Ilya Repin on the Russian tale Sadko 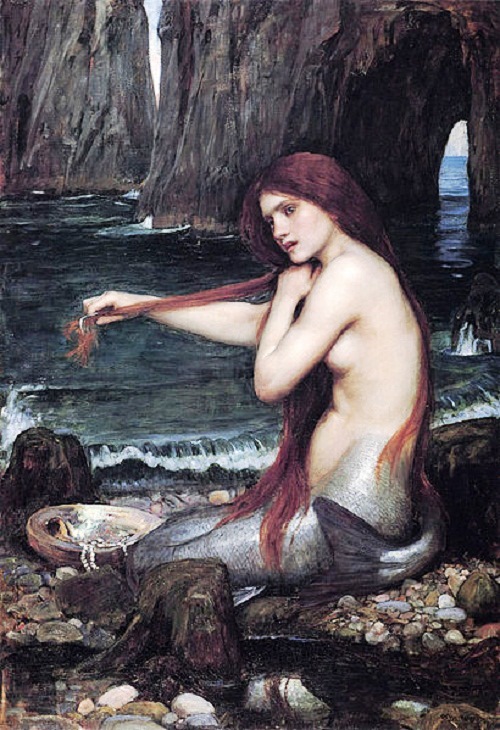 A Mermaid by John William Waterhouse, 1901 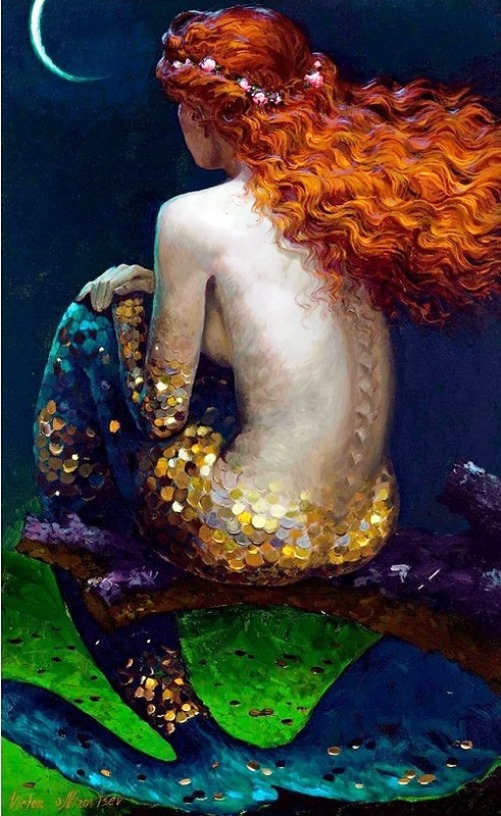 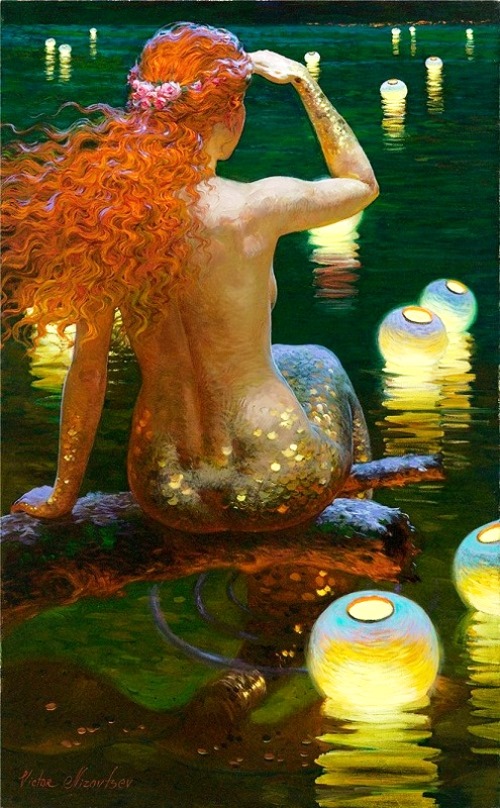 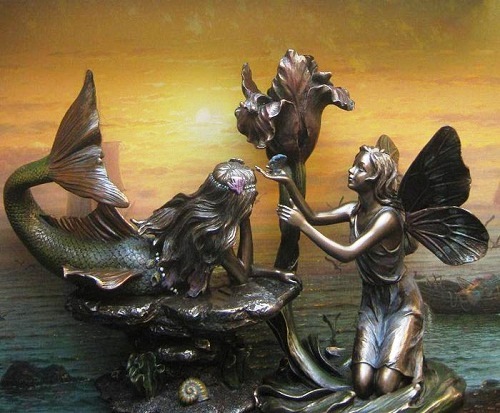