« Beautiful Filigree made in Russia
Icons embroidered with gems and beads » 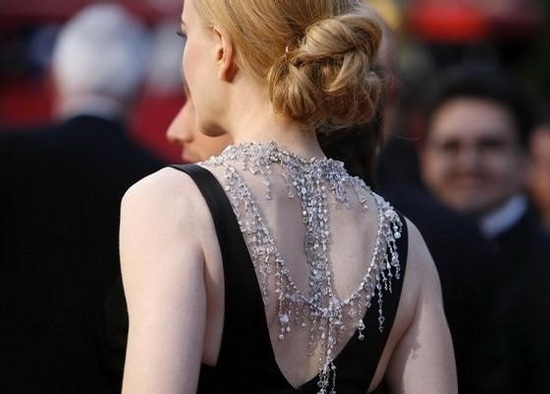 Mega-stars choose dazzling brilliance of Swarovski crystals
Today, stars of world importance use to appear before the public in the magnificence of Swarovski crystals. They show off their iridescent attire with love and pride. And if someone still considers Swarovski as glass, then he is mistaken. Celebrities wear rhinestones not only in jewelry, but also on brand clothes and shoes, all sorts of designer accessories, stage costumes and even microphones. Besides, designers even decorate the elements of the star interior with crystals. Used instead of expensive diamonds and topaz, sapphires and emeralds, rubies and amethysts, Swarovski are preferable due to its price. Undoubtedly, with Swarovski, any thing becomes unique and truly glamorous.
The movie star Nicole Kidman periodically appears at the festivities in Swarovski crystal jewelry. One of the bright ways out is the Oscar ceremony in 2008, when it appeared on the red carpet in a necklace of 7000 stones – Swarovski crystals, slightly “diluted” with natural diamonds. And in 2013, as a member of the jury at the Cannes Film Festival, Nicole Kidman appeared on the red carpet of the premiere of films in luxurious outfits. Her beautiful white dress-bust of silk from Giorgio Armani, decorated a bow in the form of gold crystals Swarovski. 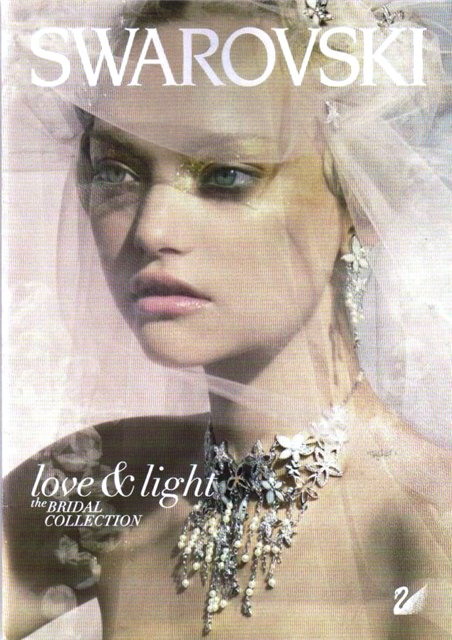 Swarovski has long been a symbol of luxury and fantastic shine. The sparkling rhinestones resemble the night starry sky so much! Recognized as a cult brand in the whole world, it has become an independent kind of jewelry art. The status of such ornaments is rising – the world-size stars never forget about Swarovski!

With the help of crystal stars you can create simply magical and unforgettable images. Strasses surprisingly emphasize the subtlety of female beauty and the status of a person. That’s why modern celebrities are actively using decorations with Swarovski crystals. Admittedly, the restrained majesty of diamonds overshadowed the abundance of chic and luxury that can only be created from Swarovski.

Meanwhile, not many know that the idols of the world scene – Coco Chanel, Marlene Dietrich, Marilyn Monroe, and Michael Jackson chose Swarovski crystals. And such fashion designers as Chanel, Dior, Armani, Roberto Cavalli, etc. used them in their fashion shows. That was a real passion that captivated beauties all over the world, regardless of the degree of their popularity and well-being.

Glittering, virtuoso faceted lenses, help to complement the star image with luxury and chic. One of the most passionate fans of Swarovski crystals was the King of Pop Michael Jackson. Most of his stage costumes are decorated with Swarovski. During the triumphant return of the idol to the stage, designers used over 300,000 Swarovski crystals to decorate his costumes! According to the vice-president and spokesman of the company “Swarovski” – these are genuine crystals of the best quality, which, undoubtedly, are worthy of the King of Pop.

Noteworthy, the cultic detail of the stage costume of Jackson were gloves, completely covered with Swarovski crystals. All of them only on one hand and initially do not have a pair. Later, one of these gloves appeared at the auction “Nate D. Sanders” (sold for $ 200,000). The same fate befell many other things and scenic costumes of the pop king – they are still being sold at auctions for frantic amounts.

Marilyn Monroe in 1962 showed the whole world how beautiful a dress, skillfully embroidered with the stones of the world famous brand, could be. Everyone remembers her famous congratulations on the anniversary of US President John F. Kennedy, when the star sang her famous song “Happy bithday mister President”. The actress appeared on the stage of Madison Square Garden in Los Angeles in a shining dress embroidered with Swarovski crystals.

One of the most ardent fans of Swarovski is Jennifer Lopez. Miraculous crystals are almost always present in her image – the gigantic wardrobe of the singer sparkles with high-tech cutting stones. They are strewn with dresses, shoes, belts, clutches, sunglasses, etc. Lopez does not part with Swarovski neither on stage, nor at home, nor on the screen. Almost in all of her clips you can see Swarovski. Even the engagement ring of Jennifer Lopez was made of Swarovski crystals!

Without Swarovski it is already impossible to imagine the image of Paris Hilton – the icon of glamor. By the way, she has one of the largest collections of these crystals in the world. 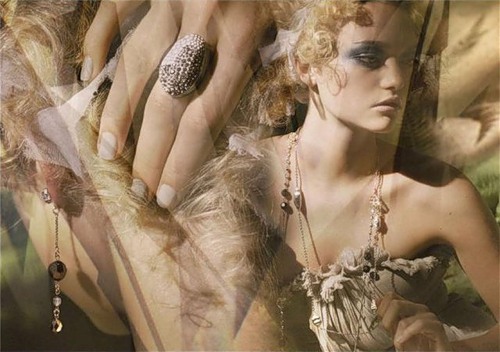 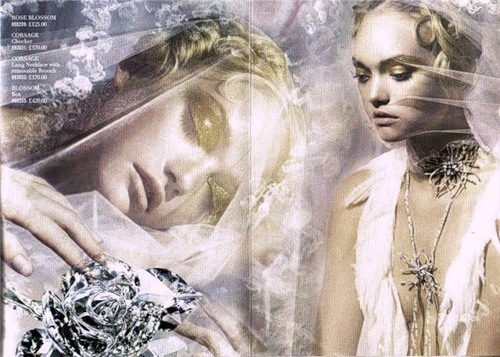 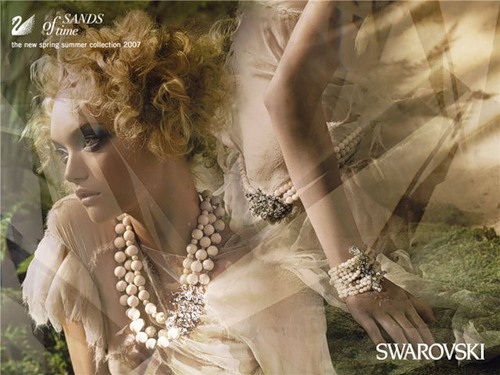 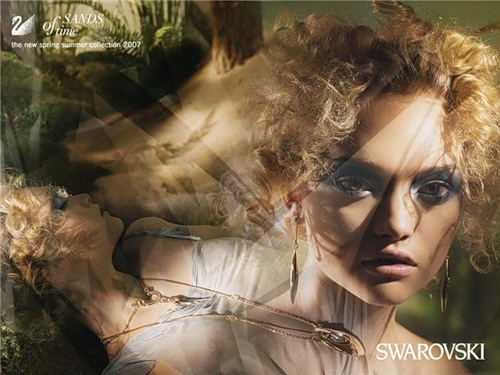 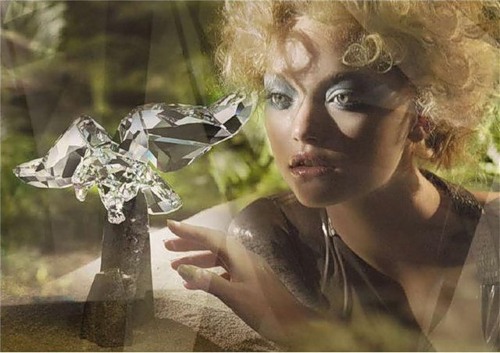 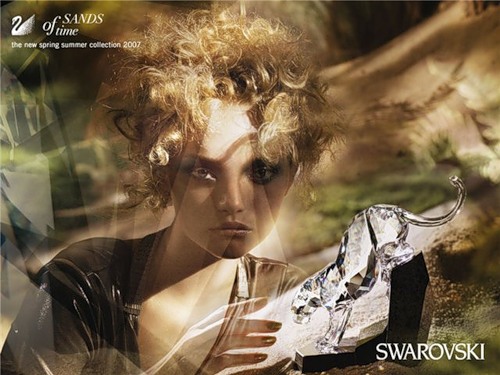 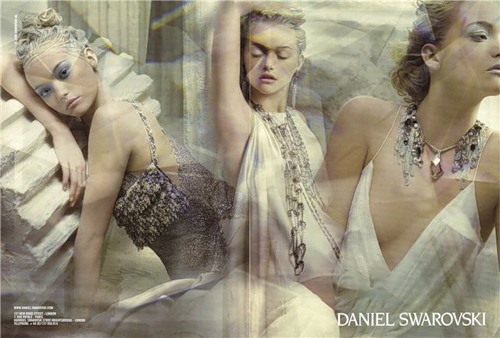 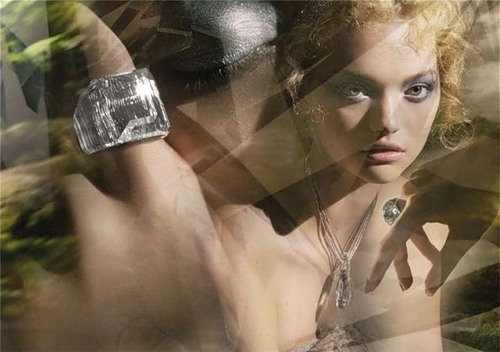 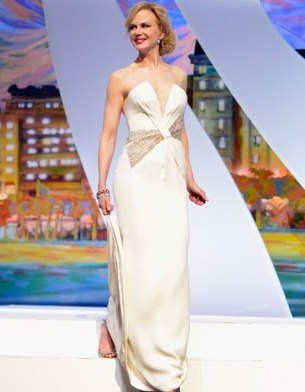 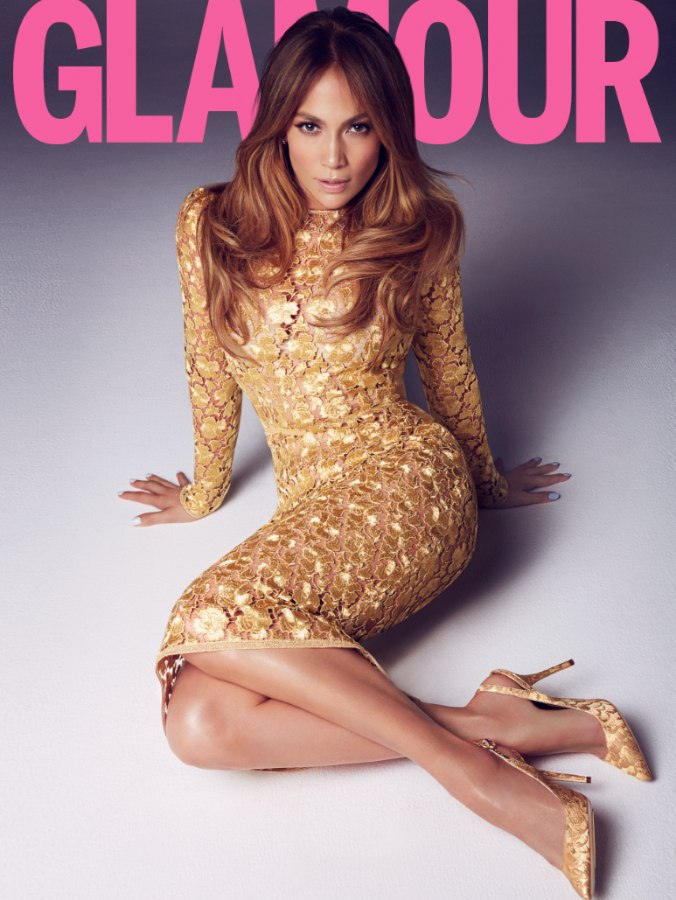 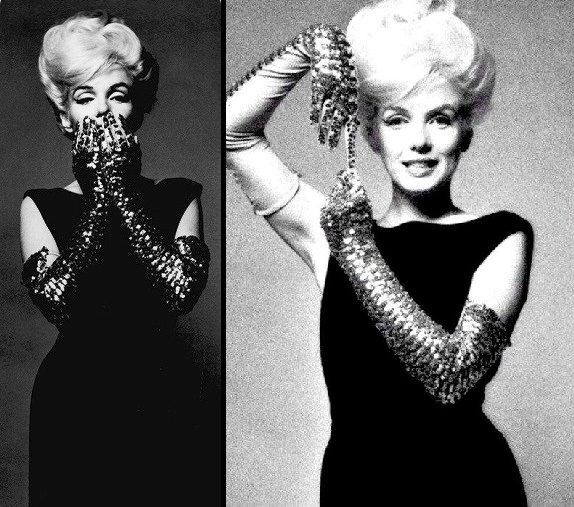 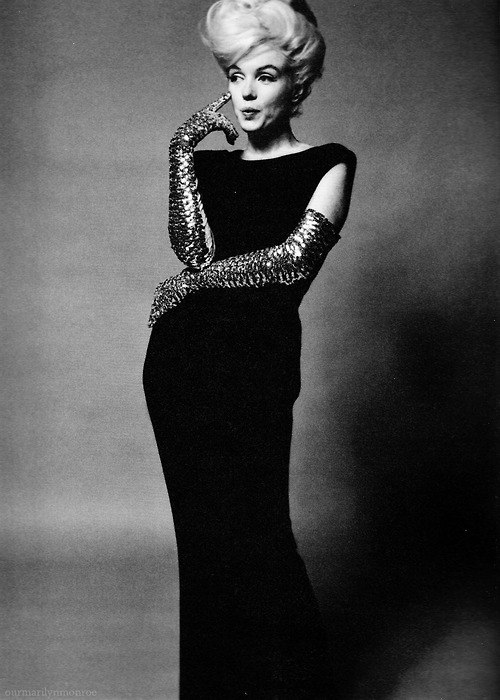 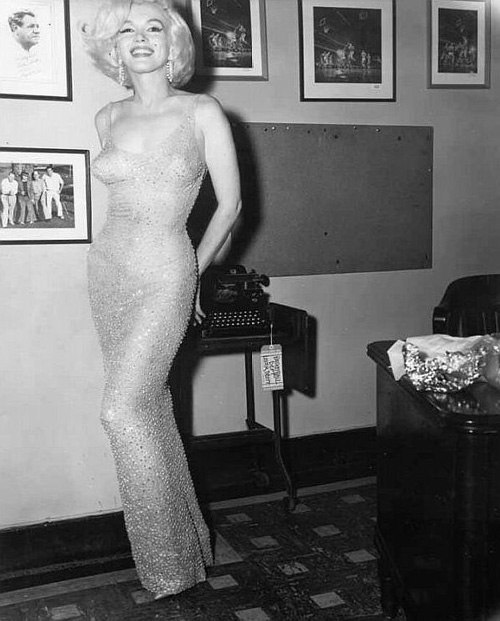 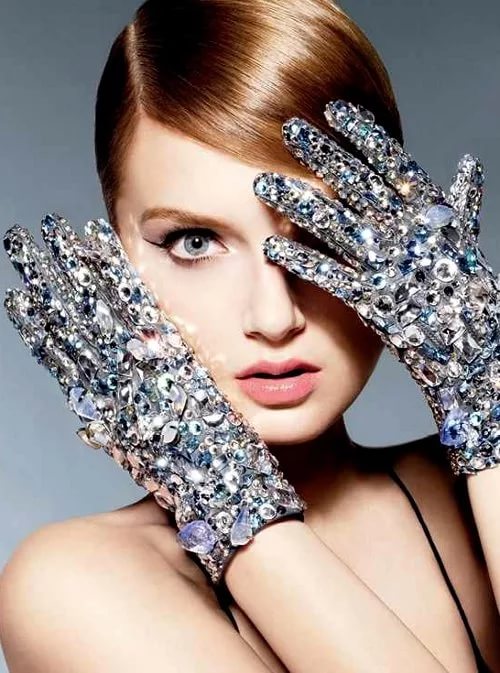 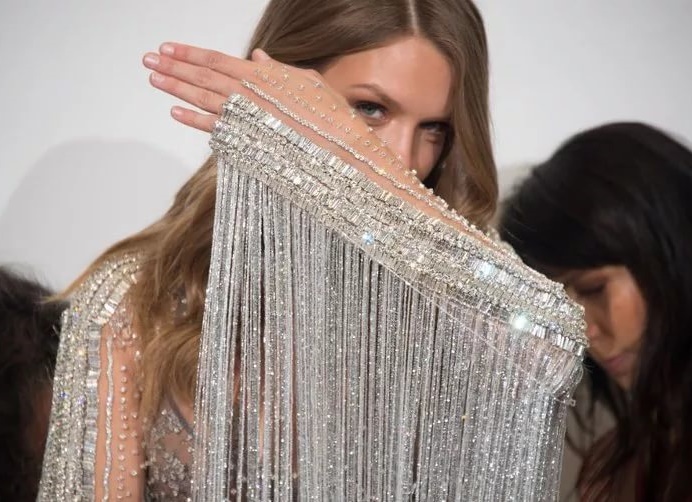 Chic dresses are present in almost every collection of famous couturiers. For finishing use Swarovski rhinestones 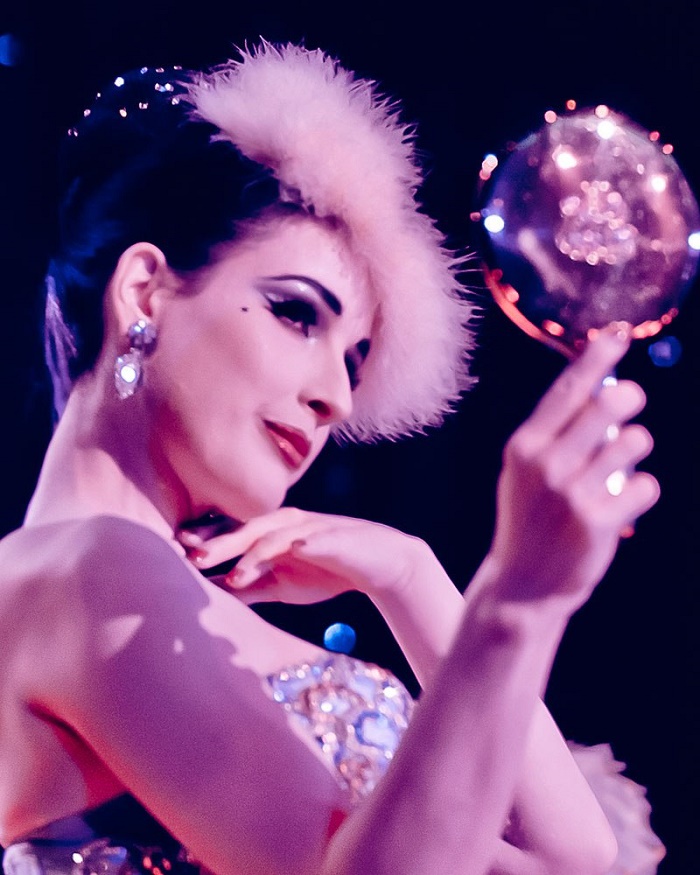 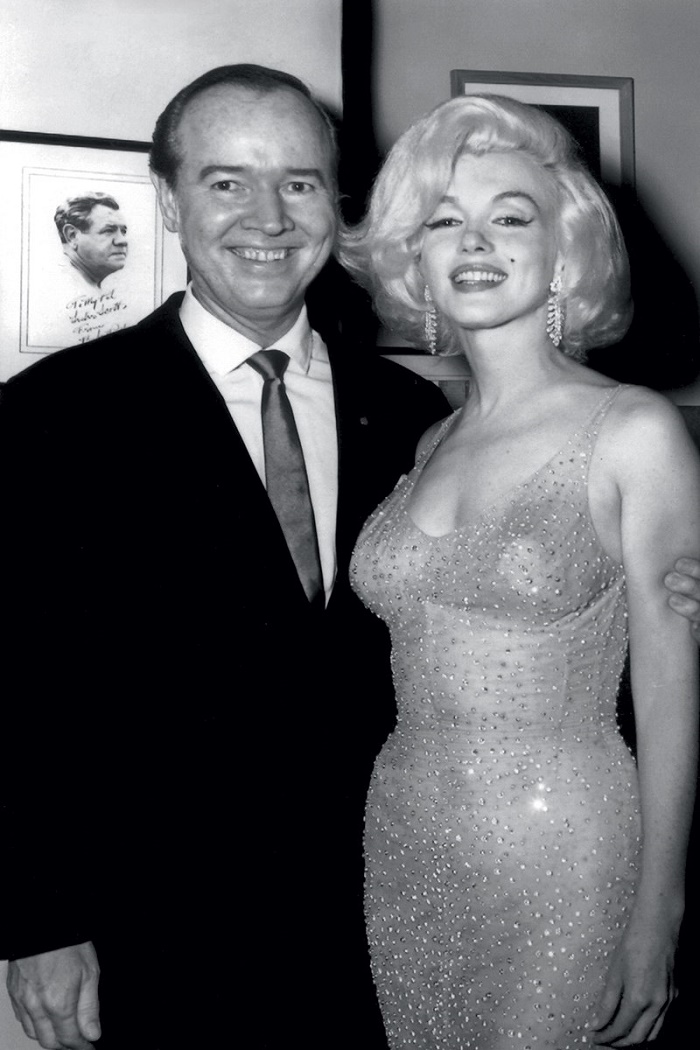 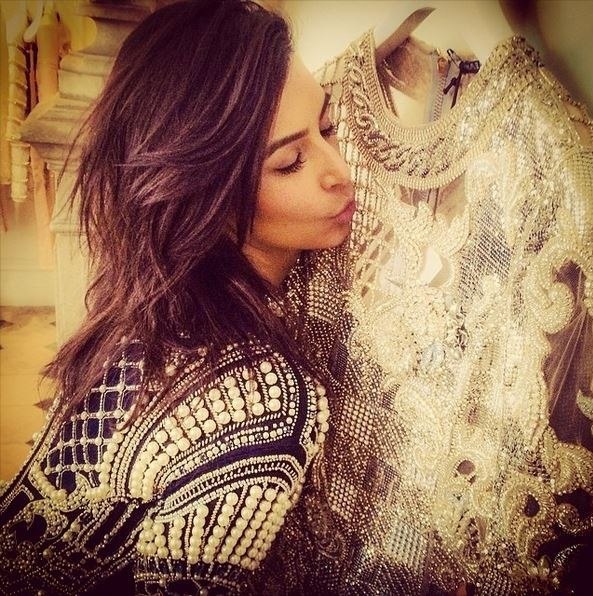 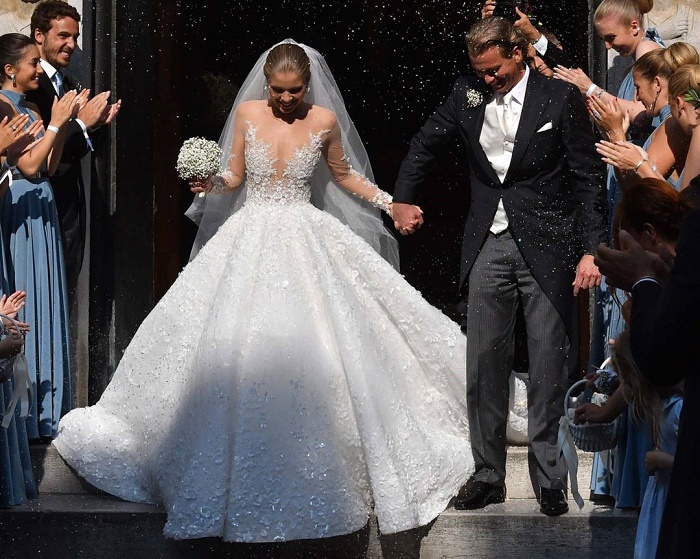 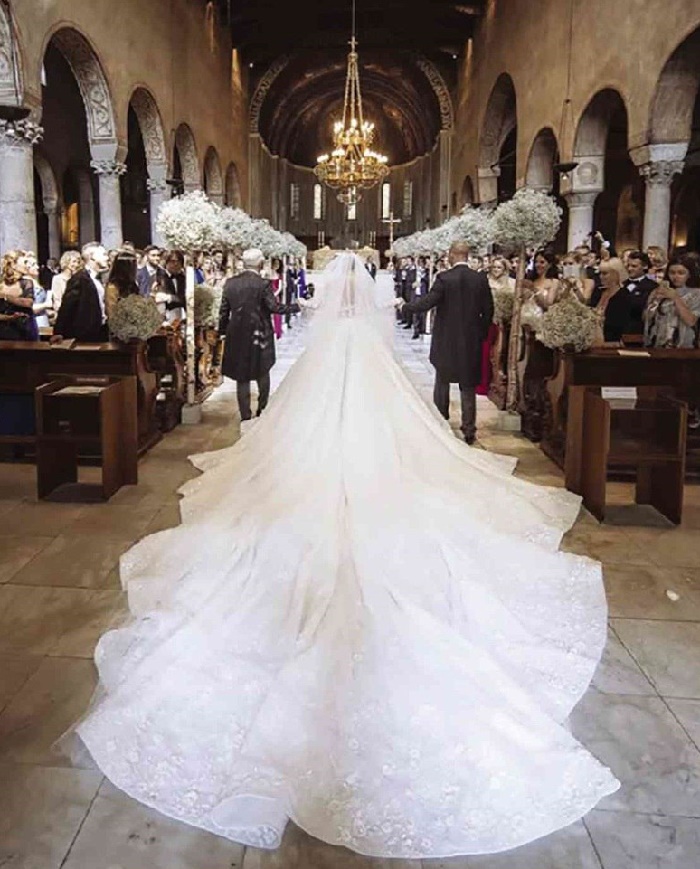 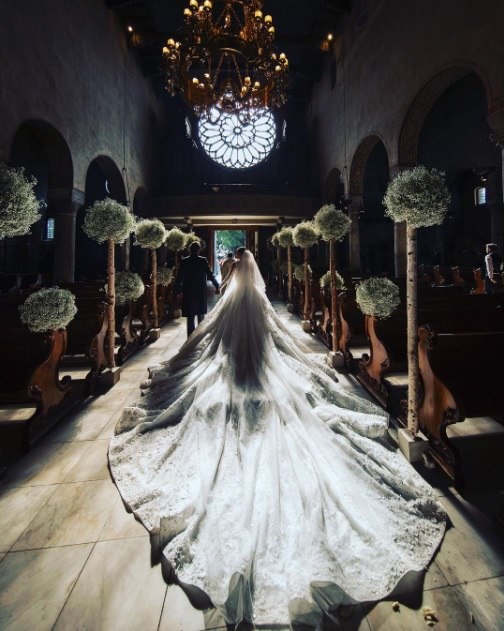