The Hands Resist Him Haunted Painting 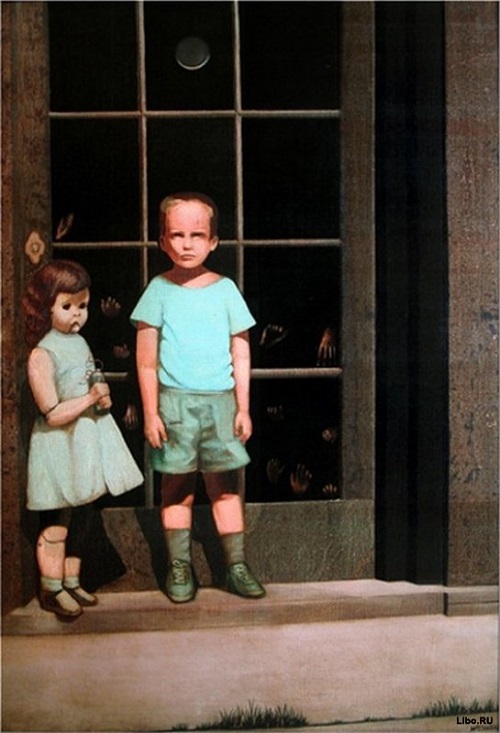 The Hands Resist Him Haunted Painting
Also known as The eBay Haunted Painting, created by Oakland, California based artist Bill Stoneham in 1972. It depicts a young boy and female doll standing in front of a glass paneled door against which many hands are pressed. The painting appeared on the auction website eBay in February 2000. According to the seller, the aforementioned couple, depicted in the painting carried some form of curse. In particular, the eBay description claimed that the characters in the painting moved during the night. Shocking, but they would sometimes leave the painting and enter the room in which the painting hang. 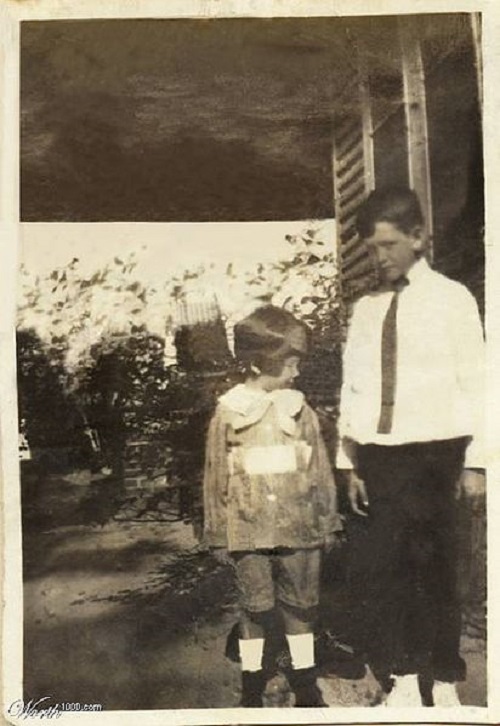 The Hands Resist Him, original photo by Bill Stoneham

The Hands Resist Him Haunted Painting

Also, alongside with painting owners included a series of photographs, which, according to them, evidenced an shocking incident. In particular, when the female doll character threatened the male character with a gun that she was holding, causing him to attempt to leave the painting. Noteworthy, a disclaimer included with the listing absolved the seller from all liability if the painting was purchased. Meanwhile, news of the listing quickly spread among the internet users who, accordingly, forwarded the link to their friends, or wrote their own pages about it. Some people claimed that simply viewing the photos of the painting made them feel ill or have unpleasant experiences. Eventually, the auction page has over 30,000 views.