World Tallest women
Trijntje Keever, nicknamed “Big Maiden” (10 or 16 January 1616, Edam, The Netherlands – July 2, 1633, Ter Veen, Netherlands) is the tallest woman ever documented in history of the world. Her growth was 254-257 cm. Trijntje Keever was born into a family of Cornelis Keever and Anna Pouwels. Her father, a Dutch skipper, came from the Prussian city of Elbing (now Elblag in Poland). From a previous marriage with Maria Kooning, he had two children. Anna, a native of a suburb of Amsterdam, was his servant, and May 24, 1605 they were married. Trijntje rapidly reached very high growth and could clean the gutter on the roof without a ladder. Parents showed their daughter Big Maiden for money at fairs and carnivals. By the age of nine she had reached height of 2 meters (6 ft 7 in). 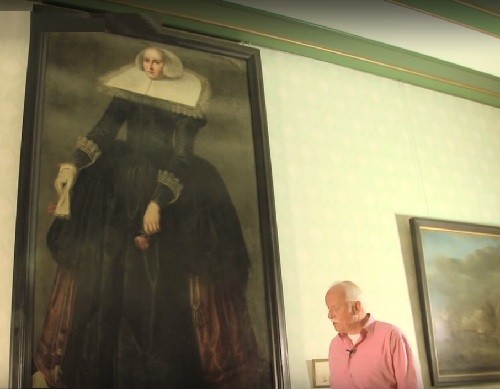 The first documented mention of her as a gimmick was recorded by the certificate June 30, 1625. On this day, the Elector Palatine and King of Bohemia Frederick V and his wife Elizabeth Stuart, Princess Amalia of Solms-Braunfels and their entourage stopped in Edam on their way to England, and the local Mayor led them to look at the six-foot baby. The maid of honor Crofts in his letter mentioned the unique nine-year girl of the “amazing size”.

Trijntje did not live long, dying at 17. She died of cancer on July 2, 1633 in the town of Ter Veen Zealander, where her parents were brought her to the fair. The Edam church register recorded that on July 7 Trijntje, daughter of Cornelis, Great Maiden buried in the Great Church in Edam.

In the branch of Edam Museum – the former town hall, there is a painting by an unknown author. It depicts Trijntje Keever in full growth in the middle-class clothes. On the belt hangs a bunch of keys, to the right – the pillow for needles and a case for a knife, spoon and fork. The inscription says that, according to tradition, the portrait of a girl is prettier than she actually was, and that she was likely to suffer from acromegaly. Here are her shoes length of 36 – 40 centimeters.

This Dutch girl lived only 17 years, but has entered the history as the tallest lady. Trijntje was 2 meters and 54 centimeters tall (according to other sources, she was 2 m 57 cm). Alas, the high growth became the reason of her early death. History knows a lot of people with unusually high growth. As a rule, the most famous of them are our contemporaries, here is the gallery of World Tallest women:

Jane Bunford, or Jinny Bunford (26 July 1895 – 1 April 1922) with 2.41 meters (7 ft 11 in) was twice the tallest living person in the world. She had the longest hair in Britain, during her lifetime. She is the tallest person ever recorded in England, Scotland or Wales, and the tallest person recorded in Britain since September 1806. At the time of her death she was also the tallest woman in world medical history, a record that stood for the next sixty years. Bunford continues to be one of the most mysterious giants to have lived during the 20th century. She was listed in the Guinness Book of Records between 1972 and 2001. 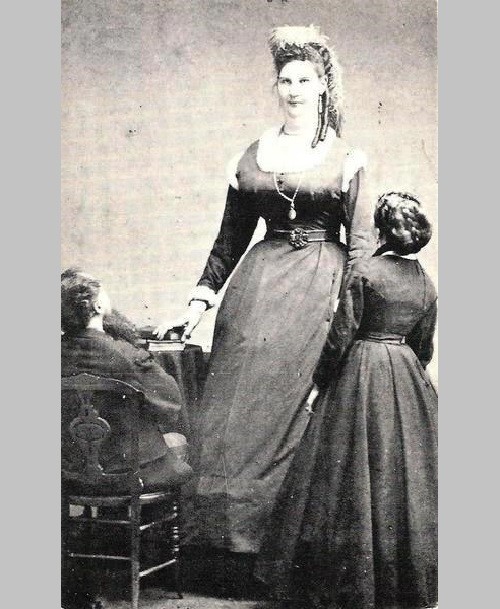 Canadian tallest woman Anna Haining Bates (August 6, 1846 – August 5, 1888). When visiting a circus with Martin Van Buren Bates — another enormously tall person, Anna was spotted by the promoter and hired on the spot. The giant couple became a touring sensation and eventually fell in love and, on 17 June 1871 in St Martin-in-the-Fields in London, they married. Unfortunately, she couldn’t become a happy mother – one of her two children was stillborn, and the other child lived only 11 days. 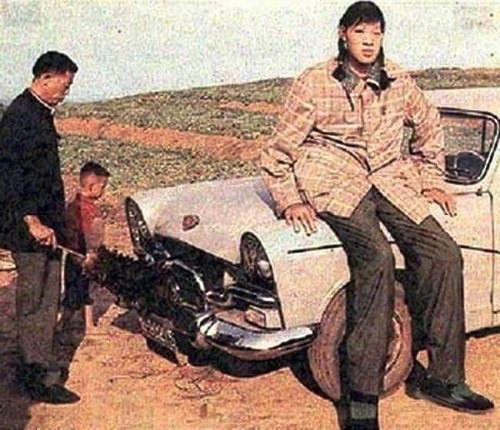 Chinese tallest girl Zeng Jinlian could not stand straight because of a severely deformed spine. She lived only 18 years and was the woman ever verified in medical history, taking over Jane Bunford’s record. Zeng is also the only woman counted among the 17 people who have reached verified heights of eight feet or more. 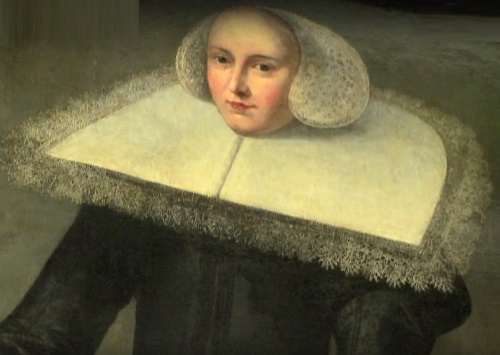 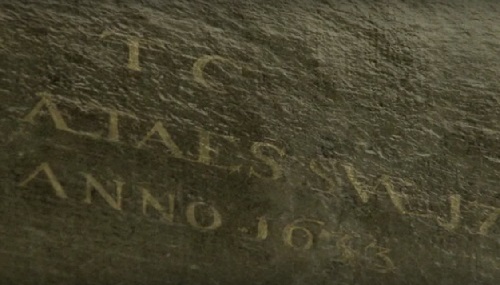 On the tombstone of this girl carved “Trijntje Keever, Big Maiden, 17 years old” 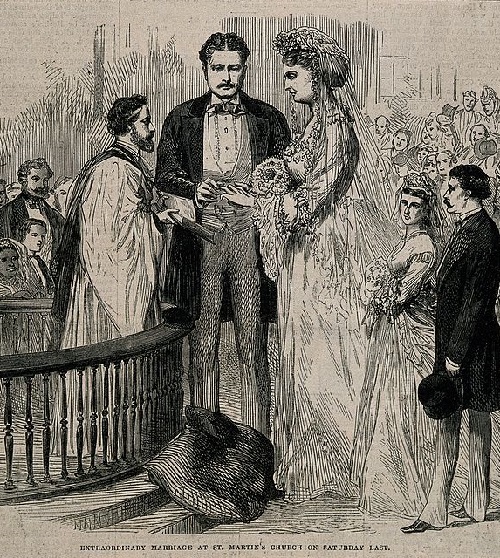 The marriage of Martin van Buren to the tallest woman of the time Anna Swan, 1871 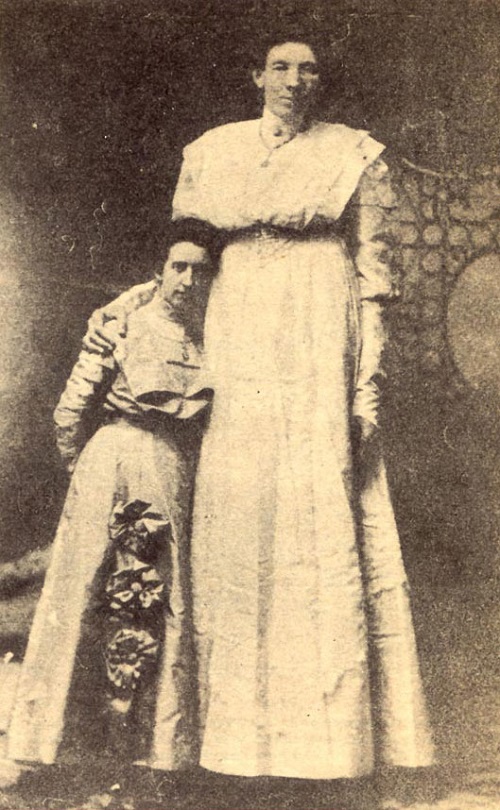 American woman Ella Kate Ewing from Missouri, considered the world’s tallest female of her era. She earned a living by participating in a sideshow attraction “The Missouri Giantess.” 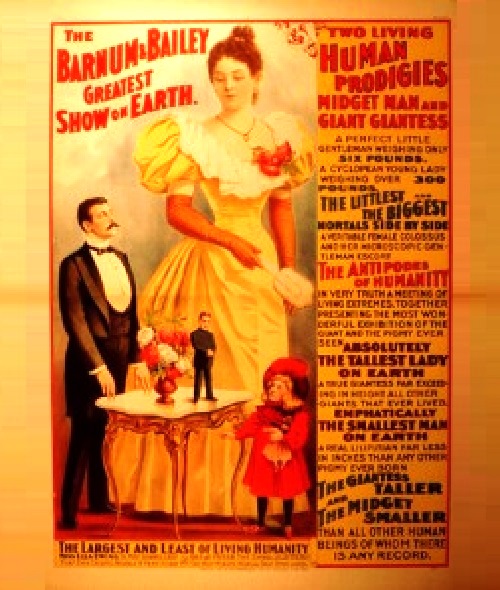 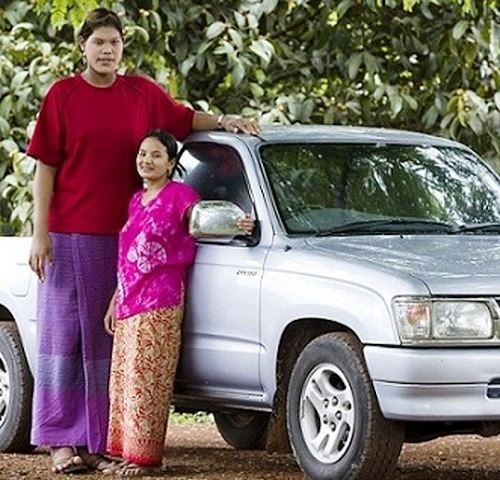 18-year-old Malee Duangdee east of Thailand, whose growth is now 210 cm included in the Guinness Book of Records 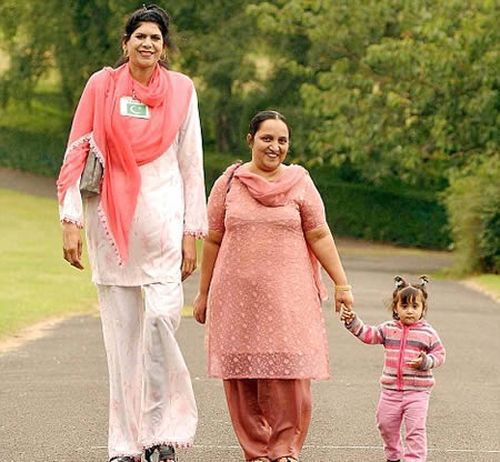 28-year-old Pakistani Zainab Bibi, whose height reaches 218 cm, is a candidate for the Guinness Book of Records 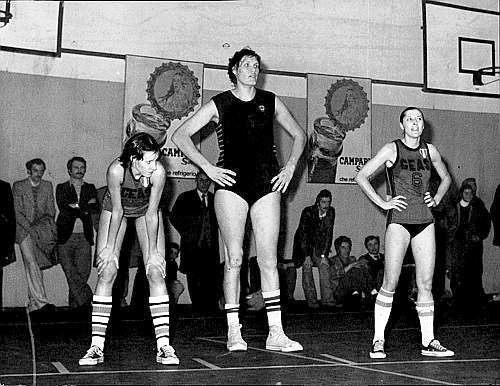 213 cm Ulyana Semenova was a two-time Olympic champion, and now – the chairman of the Latvian Olympic Social Fund 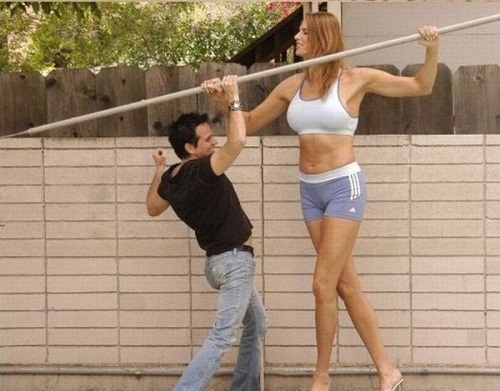 Amazon Eve, whom the Guinness Book of Records recognized the tallest female model in the world 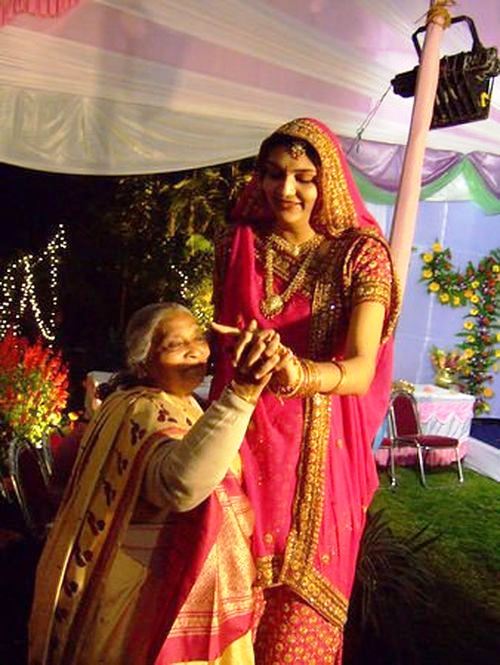 Gitika Srivastava is a former member of the Indian national team in women’s basketball. Her height is 211 cm 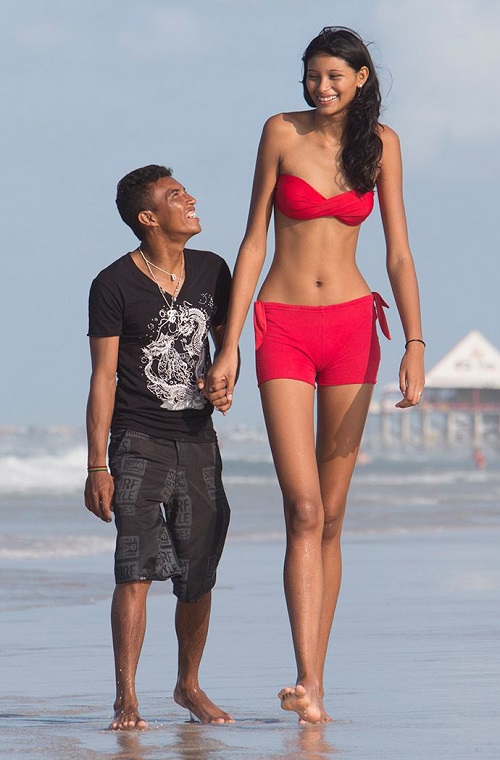