Amazing and terrifying Holes in the Earth 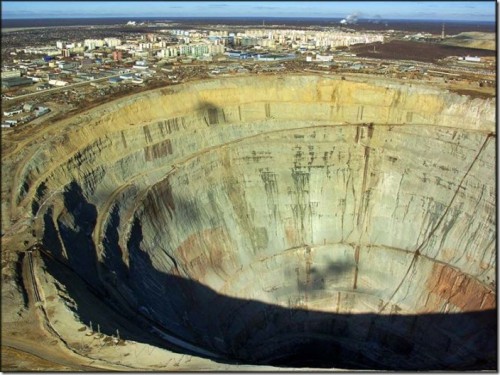 Amazing and terrifying Holes in the Earth
First, in the list of notable holes is Kimberlite pipe “Mir” – quarry located in the town of Mirny, Yakutia, Russia. Noteworthy, the quarry with a depth of 525 m and a diameter of 1.2 km, and one of the world’s largest open-cast mines. In fact, Diamondiferous kimberlite ore mining ceased in June 2001. Meanwhile, currently on board of the quarry engineers build an underground mine of the same name. However, to work out the remaining stocks, open pit excavation is not profitable. 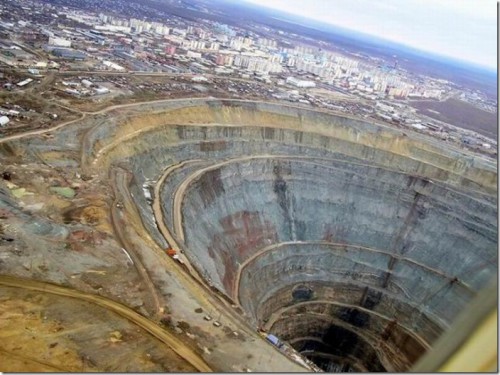 Mir diamond pipe. Amazing and terrifying Holes in the Earth

Big Hole – a huge inactive diamond mine in Kimberley (South Africa). According to belief, this is the greatest career, developed by people without the use of technology. At present, the main attraction of the city of Kimberley.

Beginning from 1866 to 1914 about 50 thousand miners dug a pit with picks and shovels, while developing a 2,722 tons of diamonds (14.5 million carats). In the process of developing career – recovered 22.5 million tons of ground. Right there they found such famous diamonds as “De Beers” (428.5 carats), blue-white “Porter-Rhodes” (150 carats), orange-yellow “Tiffany’s “(128.5 carats). However, currently, this diamond field is exhausted.

According to statistics, “Big hole” area is 17 hectares, and a diameter of 1.6 km. Dug to a depth of 240 meters, the hole was then covered with waste rock to a depth of 215 meters. Currently the bottom of the hole – filled the water, the depth is 40 meters.

Karst collapse in Guatemala is a giant crater of 150 meters depth, and a diameter of 20 meters. Caused by groundwater and rainfall. During the formation of the hole several people were killed, and dozens of homes destroyed. According to local residents, about the beginning of February in the future progress of the tragedy soil got down, and from the ground people heard a muffled roar.

Amazing and terrifying Holes in the Earth 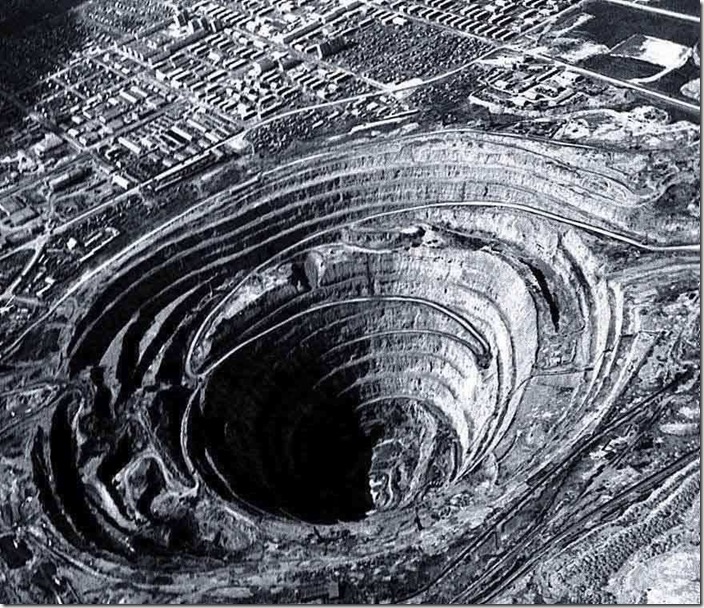 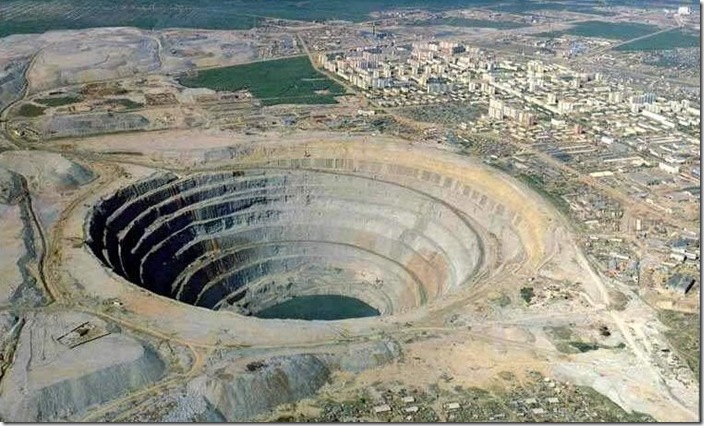 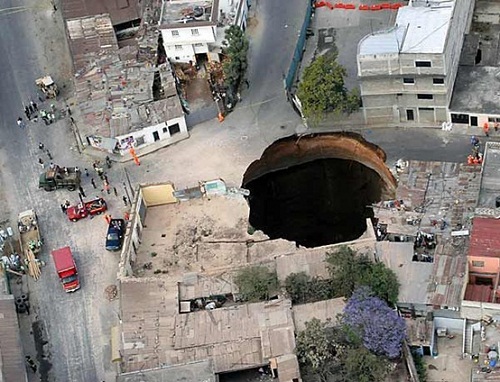 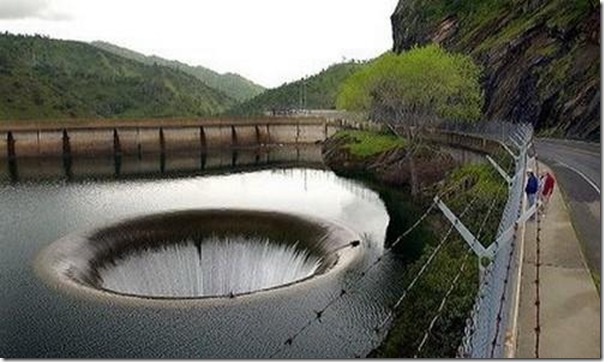 A large man-made hole in Northern California, USA. However, it is not just a hole. Drain hole in the tank of Monticello Dam – the largest spillway in the world 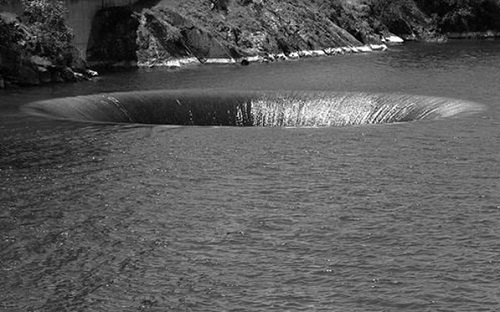 A glory hole used when a dam is at full capacity and water needs to be drained from the reservoir. Built about 55 years ago 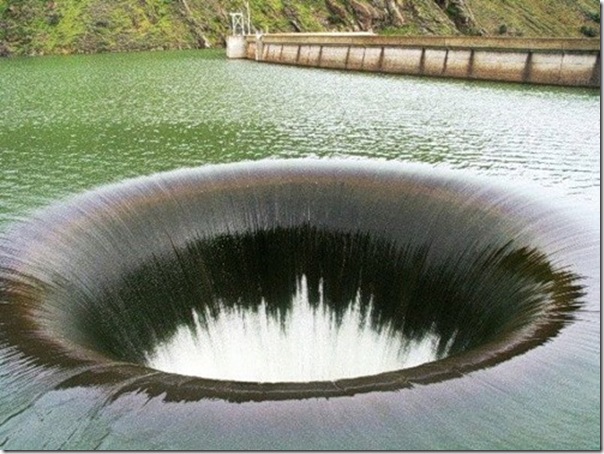 Drain hole in the reservoir of the dam Monticello 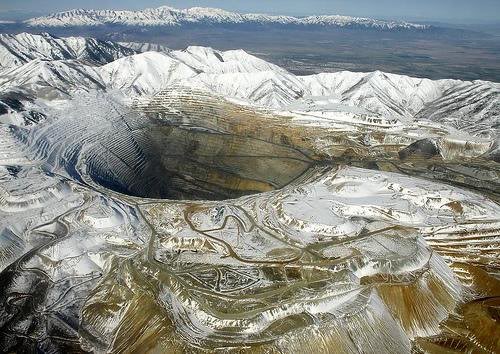 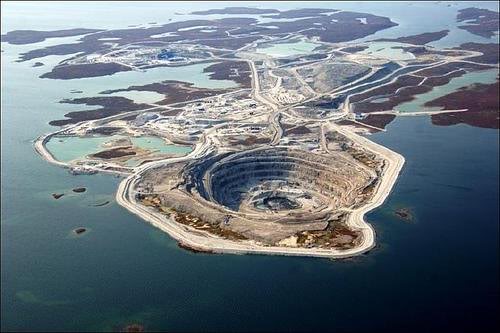 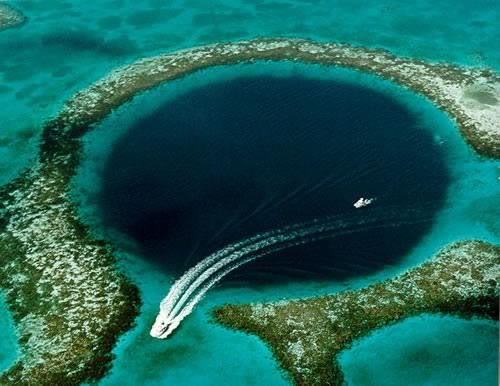 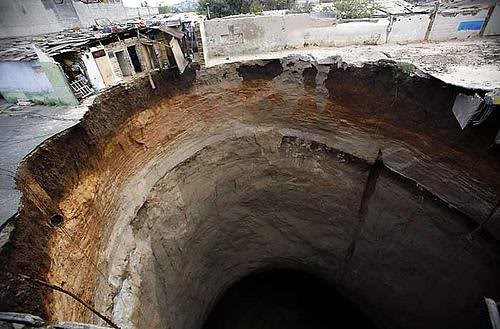 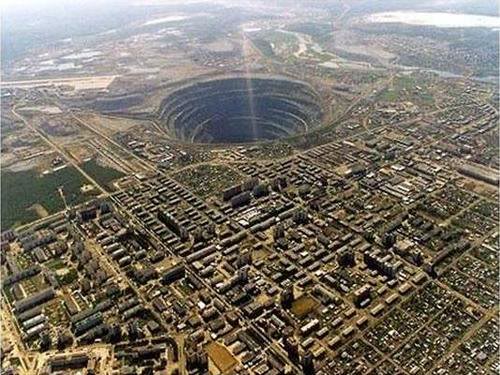 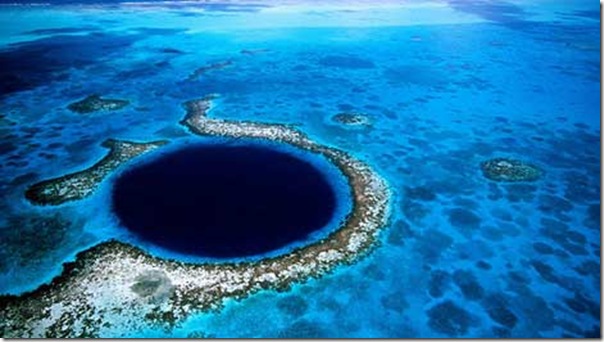 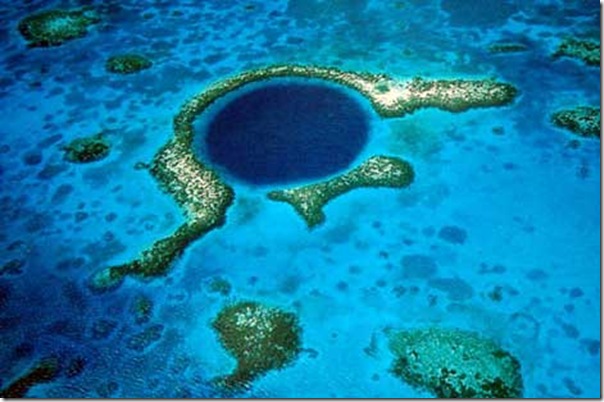 A true masterpiece, and a miracle of nature. Perfectly round, dusky bluish spot in the middle of the Caribbean Sea, surrounded by lace shirt front of Lighthouse Reef atoll 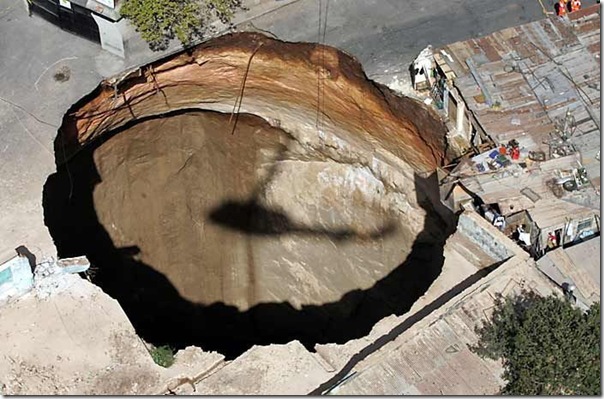 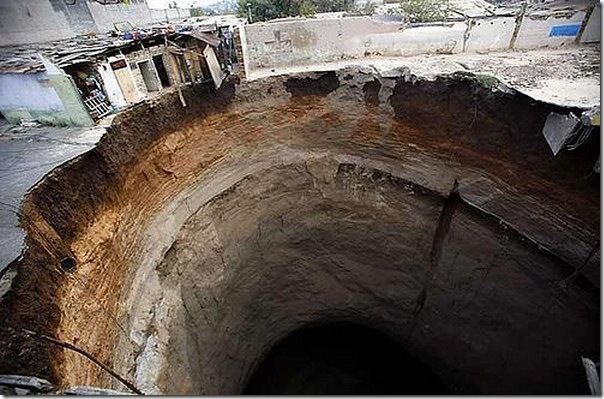