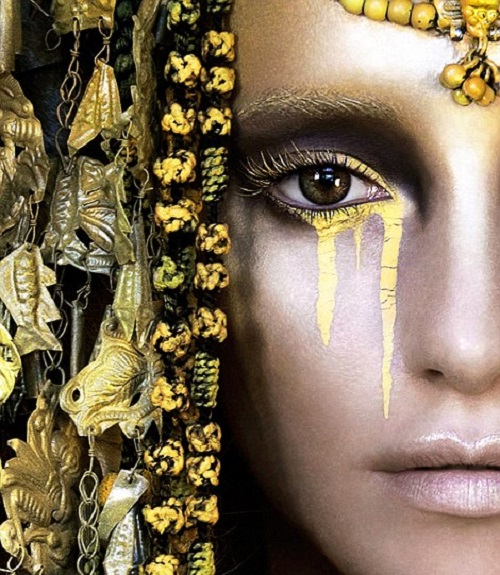 Creative English photographer Kirsty Mitchell makes photographs at the highest artistic level, and every portrait in her collection is a real piece of art. Born in 1976 in the county of Kent, she grew up in a creative atmospere of love for art. In addition, her mother, an English teacher, developed the imagination of her daughter and a belief in beauty. By combining various backgrounds, she creates images where everything has been designed and produced by herself, and sometimes with the help of a few friends. The photos are dramatic, magical, surreal and at the same time, each photo does have a story behind it. The costumes, props, sets and accessories, are all a vital part of the process that is finally recorded in the finished product of the photograph. “Life has become a different place, ‘a second chance’ is maybe the only way to describe it, and for that I am so grateful. I have had my eyes opened, and no matter how sad the origin of it all was….. I will always cherish the fact this small and precious awakening has happened…”, says Art photographer Kirsty Mitchell 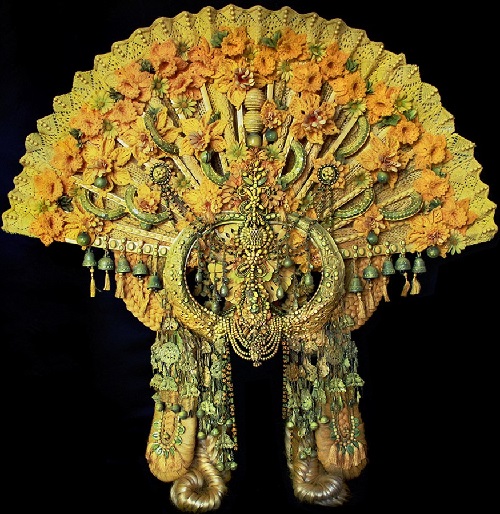 Kirsty Mitchell studied the history of art, photography, fine art, and then trained ‘Costume for Performance’ at the London College of Fashion, then Ravensbourne College of Art. During the study she completed two internships at the design studios of Alexander McQueen and Hussein Chalayan, both of whom have affected Kirsty Mitchell greatly.

In fact, when in November 2008 her mother Maureen died, photography became her only escape. The young photographer prefers beautiful fantasy world to the real world. She found herself producing pieces that echoed the memories of her stories since she was a child. By combining various backgrounds, she started to create images in which everything was made or designed by Kirsty Mitchell, with the occasional help of a few friends. Kirsty left fashion career, and since 2011 has focused purely on photography. 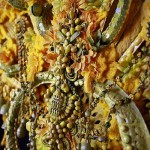 Detail of the headdress – Apocalypto, Inca gods and her trip to Tibet in 2012, during which she collected traditional bells and tribal necklaces 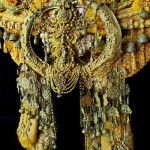 Closeup – the headdress in detail – Apocalypto, Inca gods and her trip to Tibet in 2012, during which she collected traditional bells and tribal necklaces 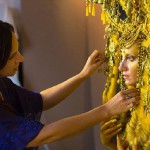 Photographer and artist Kirsty Mitchell and her model Marianna Toka 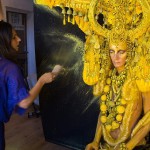 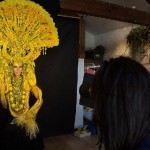 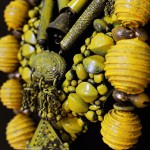 Necklace pieces. Every part has been handmade, beaded and painted by her aside from the central traditional necklace 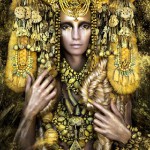 Portrait of the Greek goddess Gaia from Kirsty Mitchell’s Wonderland 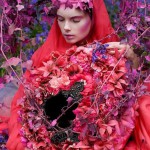 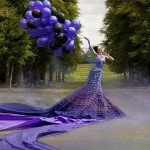 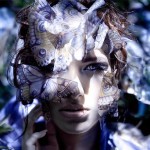 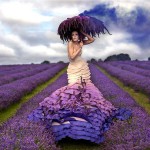 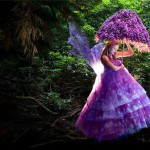 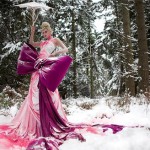 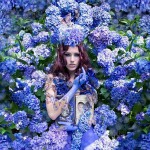 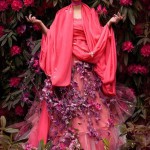 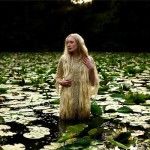 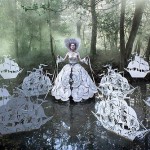 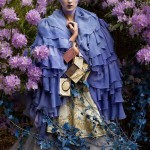 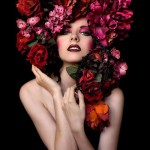 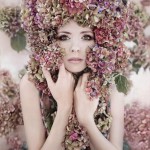 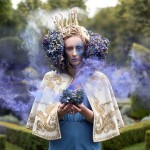 The Queen. Photoart by Kirsty Mitchell 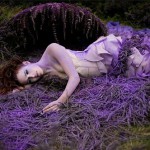 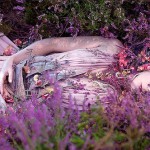 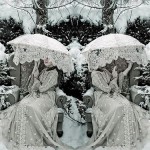 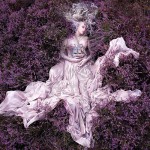 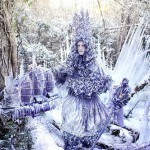 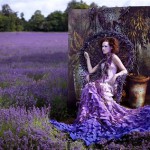