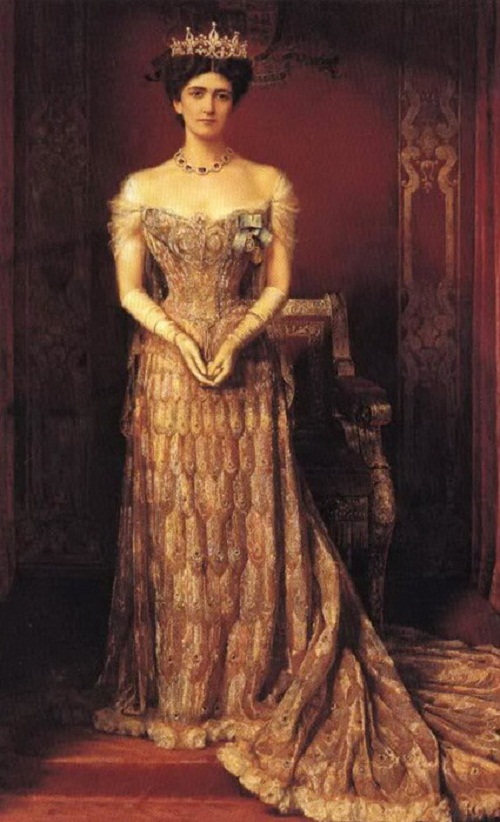 Baroness Mary Victoria Curzon (27 May 1870 – 18 July 1906) came from a wealthy Chicago family. She met and fell in love with an English aristocrat, George Curzon, and accepted his marriage proposal. The wedding took place in Washington April 22, 1895. And the bride received several million dollars. In 1898 Curzon became appointed Viceroy of India. However, Lady Curzon loved it. According to her letters, which Mary Victoria Curzon wrote home. Thus, she wrote, “We are like kings.” In particular, when they got off the ship to shore, they saw the pier decorated with dark red drapes. Then, after welcoming speeches they drove seven miles to the governor’s residence, through a cordon of soldiers. And then – through the welcoming crowds. Besides, above their heads was the golden umbrella – one of the most ancient and honorable character of Indian royalty. 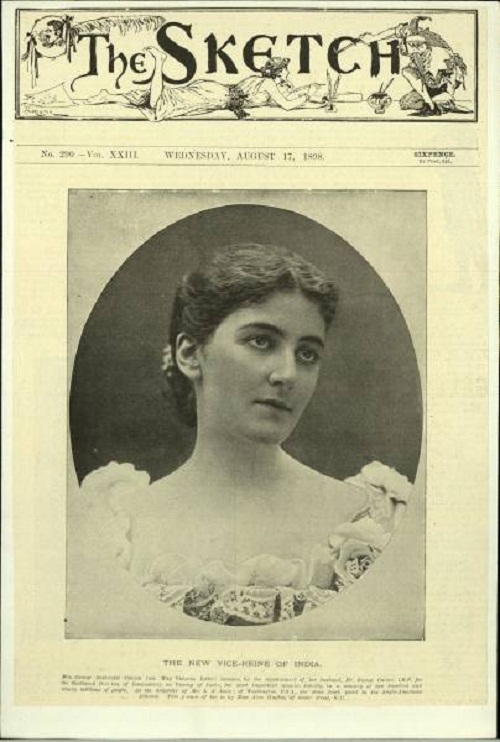 Mary gladly accepted an unprecedented magnificence, and had nothing against the fact of all eyes constantly fixed on her. But she herself never had to experience difficulties in the search for the correct word or gesture. In addition, she has always instinctively knew when she should skip her husband forward, and when most need to go in front of him.

The fact that two of the most important persons in the country were so much in love with each other, did not go overlooked by the Indians, who worshiped Krishna, the god of love. Her fragile health poorly matched to the climate of India, but to be with the man she loved, Mary Curzon was ready for anything.

Besides, the wife of the Viceroy was famous for her impeccable sense of style. She successfully brought to the Indian tradition and created new trends in fashion. These were extraordinarily beautiful outfits, and thus she supported the local factory. Indeed, she was an invaluable commercial agent for the manufacturers of the higher class of fabrics and art objects in India.

Wearing Indian fabrics, she made many of them fashionable in Calcutta and other Indian cities as well as in London, Paris, and the capitals of Europe. She placed orders for her friends and strangers. In addition, she assisted the silk weavers, embroiderers, and other artists to adapt their designs, patterns, and fabrics to the requirements of modern fashions. Keeping several of the best artists in India busy with orders, she soon saw the results of her efforts, reviving skilled arts that almost had been forgotten.

Meanwhile, Mary Victoria gave birth to three daughters: Mary Irene, Cynthia and Alexander Nalderu. When they returned to England after Curzon’s resignation in August 1905, her health was failing. She died in her husband’s arms, on 18 July 1906 at home at 1 Carlton House Terrace, Westminster, London, at age thirty-six.

Following Lady Curzon’s death, in 1906, Lord Curzon had a memorial chapel built in his late wife’s honor, attached to the parish church at Kedleston Hall. Lady Curzon is buried, with her husband, in the family vault beneath it. 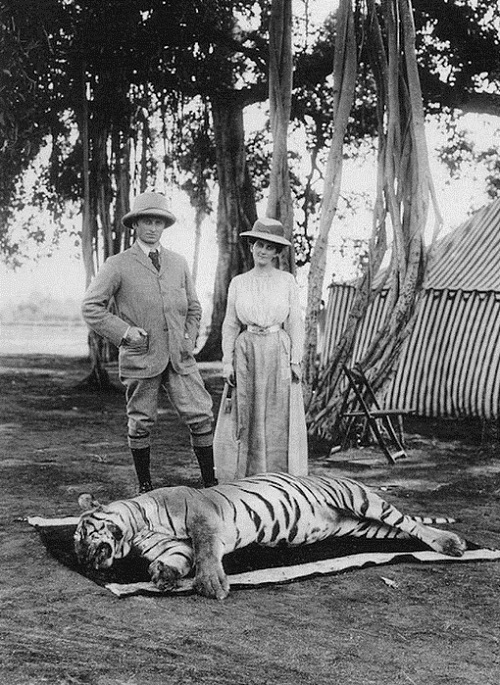 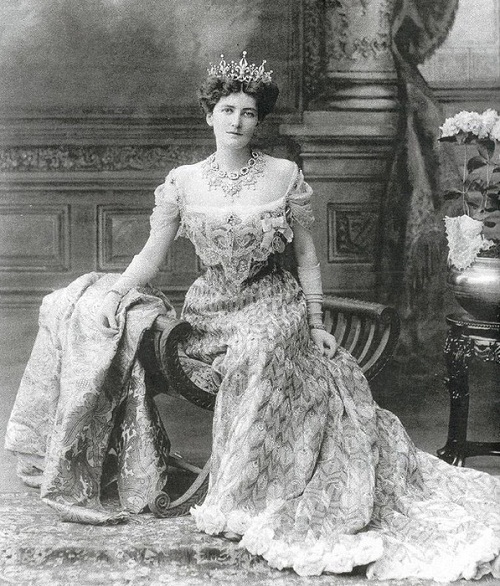 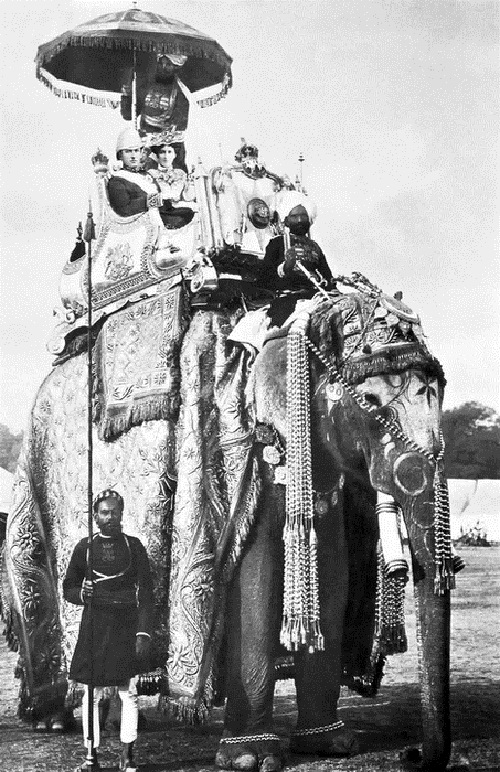 George Curzon and Mary Curzon on the elephant Lakshman Prasad 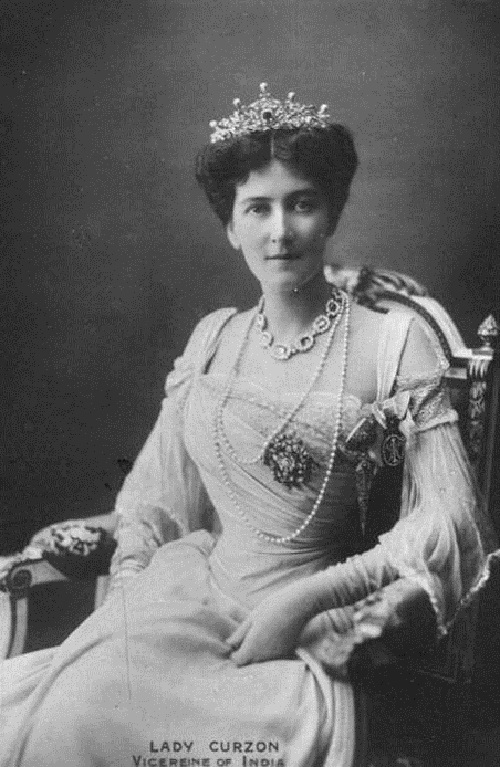 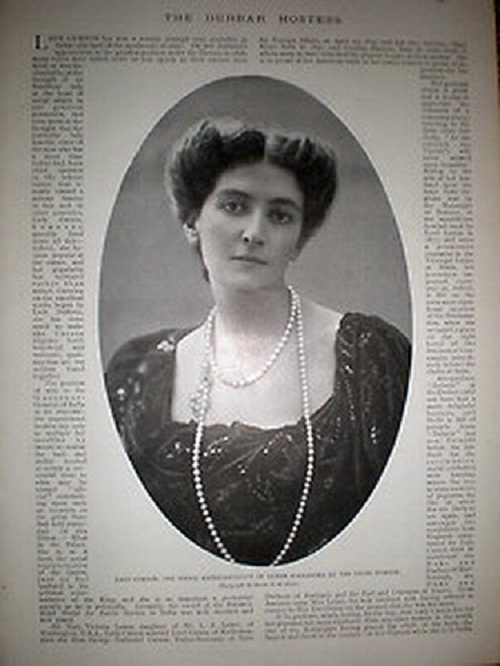 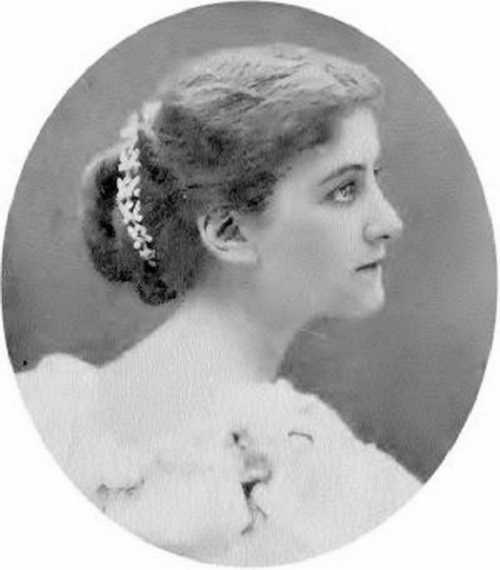 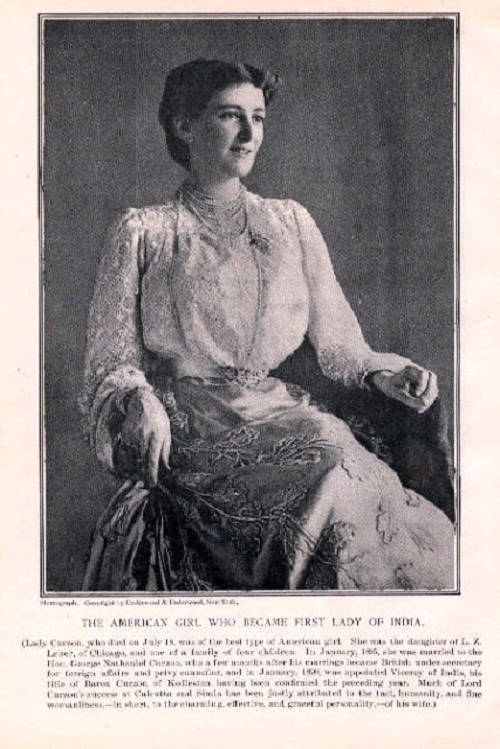 The American girl who became First Lady of India 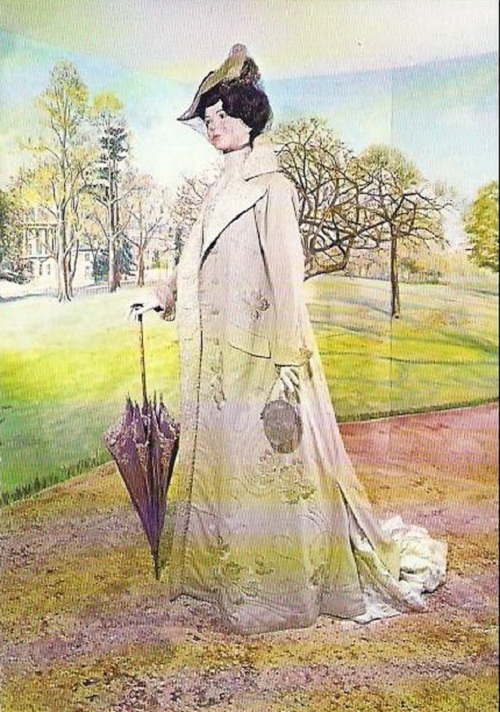 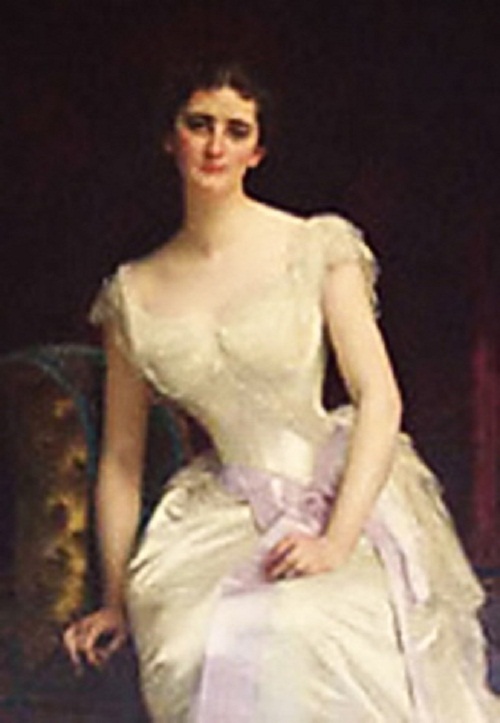