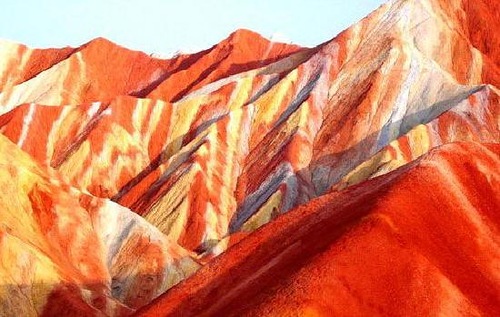 Beautiful mountains Danxia. Tourists from all over the world come to the Chinese province of Gansu, to admire the unusual landscapes. The main attraction here is a unique and beautiful mountainous Danxia. Scientists believe that the local unusual mountains formed back in the Mesozoic era. Zhangye Danxia Landform is concentrated predominantly in Linze and Sunan counties in Gansu Province. Zhangye Danxia Landform is surrounded by colorful hills, which seem to rise and fall like waves: with rock strata of different colors mixed in graceful disarray, it is an imposing and magnificent sight. The Zhangye’s palace danxia formations and its colorful hills cover about 300 square kilometers. 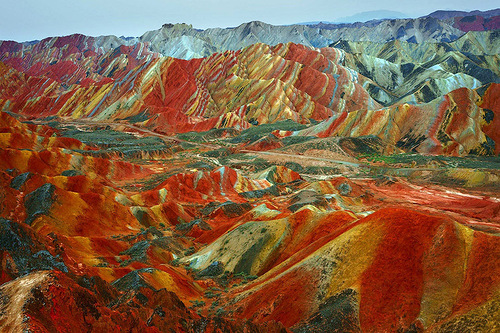 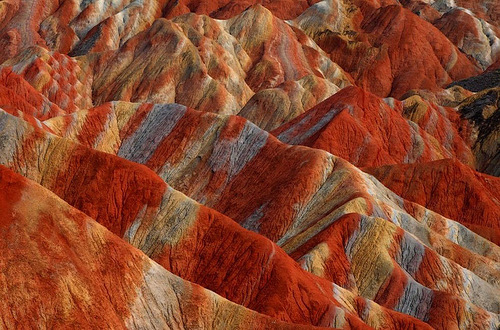 Formed from a reddish sandstone, beautiful mountains in China 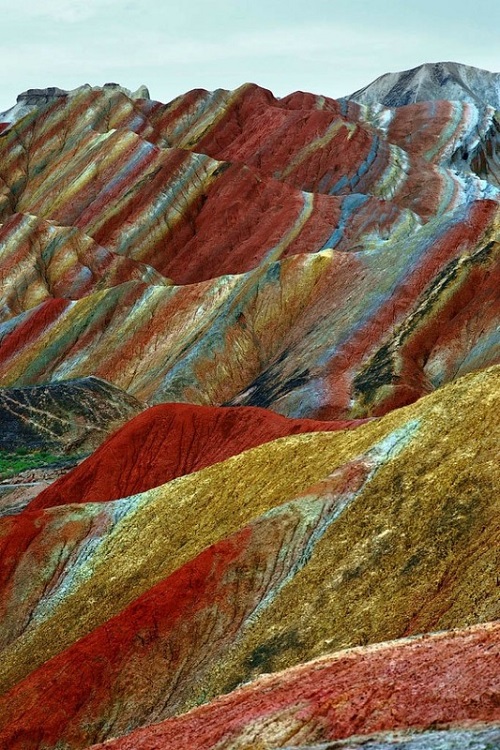 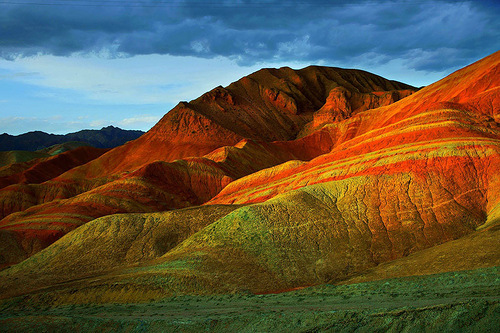 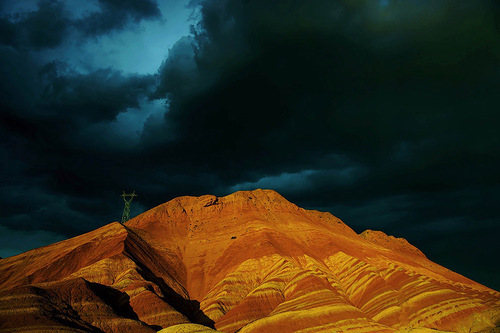 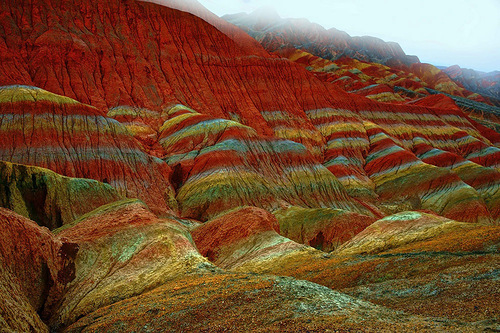 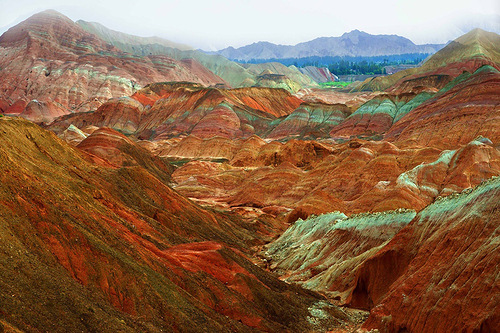 In the mountains – magnificent landscape in China 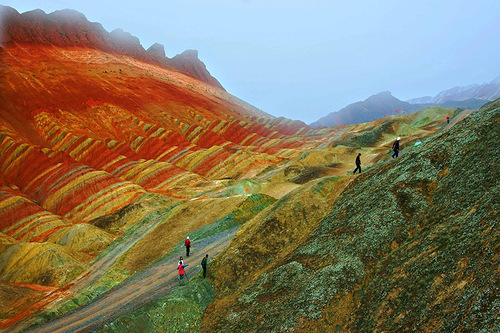 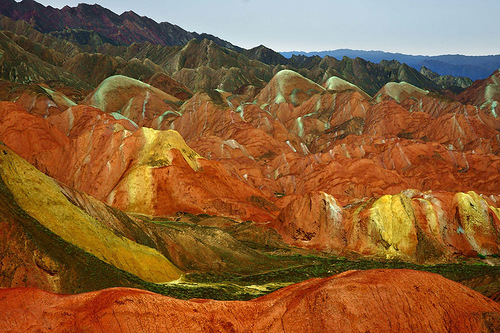