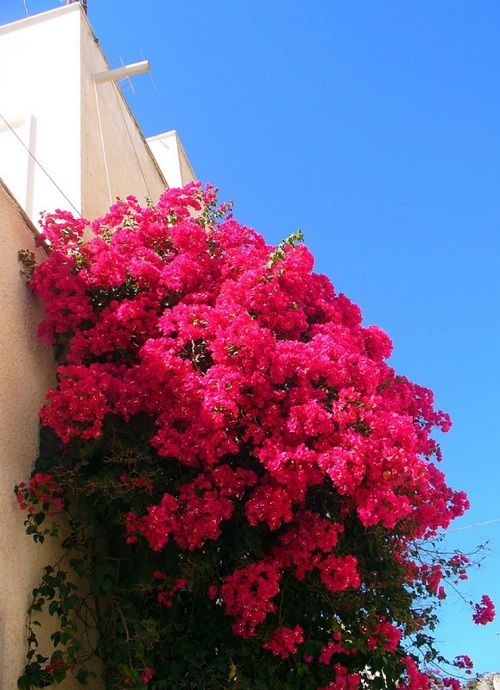 Beautiful ornamental plant Bougainvillea has different names in different countries. For instance, In Honduras it is Napoleon; in Argentina, Bolivia, Paraguay and Uruguay it is Santa Rita, in Colombia, Nicaragua, El Salvador, Costa Rica and Panama – veranera. Also, in Colombia, Cuba, Panama, Puerto Rico, Dominican Republic and Venezuela it is “Trinitaria”. Bougainvillea loves the sun and is growing very lush. Its beautiful flowers have a variety of palette – purple, red, pink, magenta, orange, white, or yellow color. The beautiful plant, Bougainvillea has thorny woody vines growing to 12 m, scrambling over other plants with its spiky thorns. Such Bougainvillea flower as glabra is called “paper flower” because the bracts are thin and papery. By the way, the town of Locarno in Switzerland is famous for its bougainvilleas, which comfortably grow in the mild Mediterranean climate. 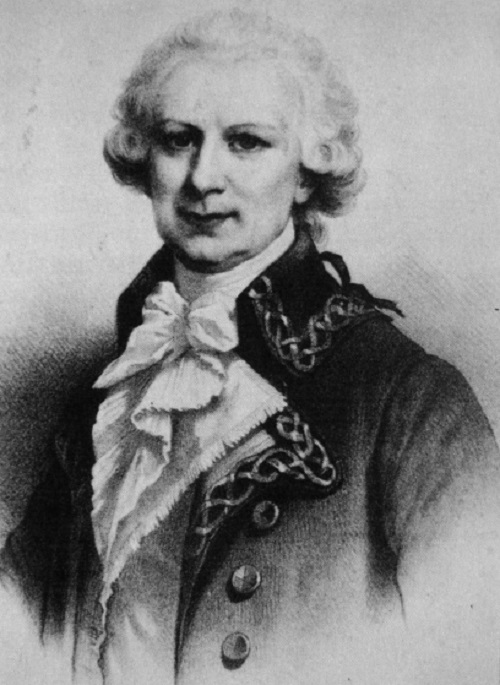 Named in honor of Louis Antoine de Bougainville (1729-1811), a French traveler, the head of the first French circumnavigation expedition, a member of the Paris Academy of Sciences. 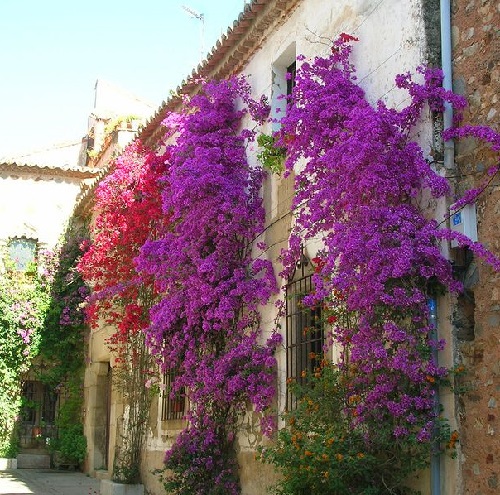 Bougainvillea is used as a houseplant or hanging basket in cooler climates. Currently, there are over 300 varieties of bougainvillea around the world. Because many of the hybrids have been crossed over several generations, it is difficult to identify their respective origins.
In addition, Bougainvillea species are the official flowers of Guam, Lienchiang and Pingtung Counties in Taiwan; Ipoh, Malaysia; the cities of Tagbilaran, Philippines; Camarillo, California; Laguna Niguel, California; San Clemente, California; the cities of Shenzhen, Huizhou, Zhuhai, and Jiangmen in Guangdong Province, China; and Naha, Okinawa. 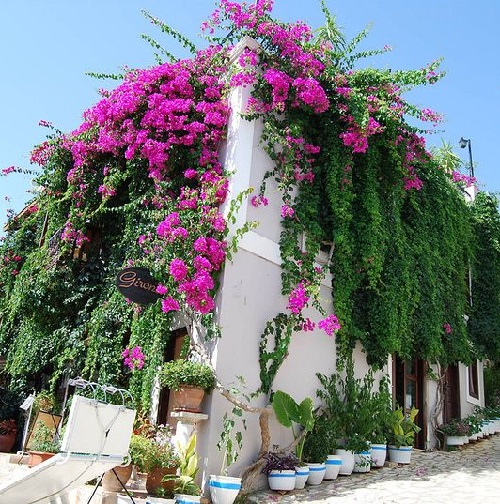 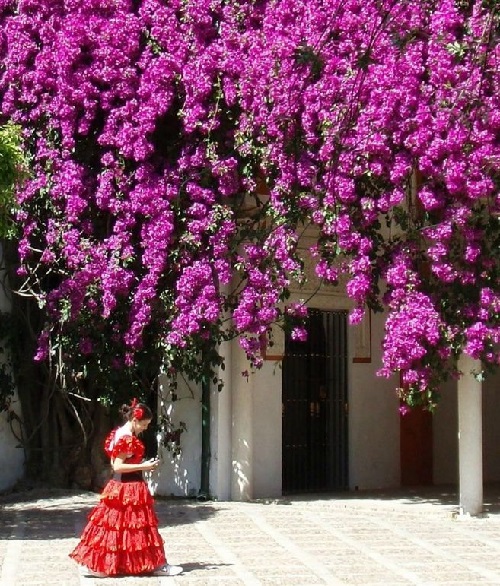 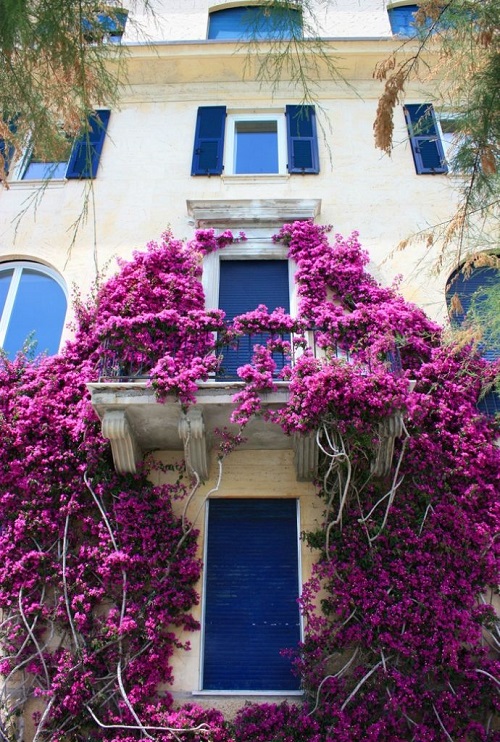 The plant has different names in different countries 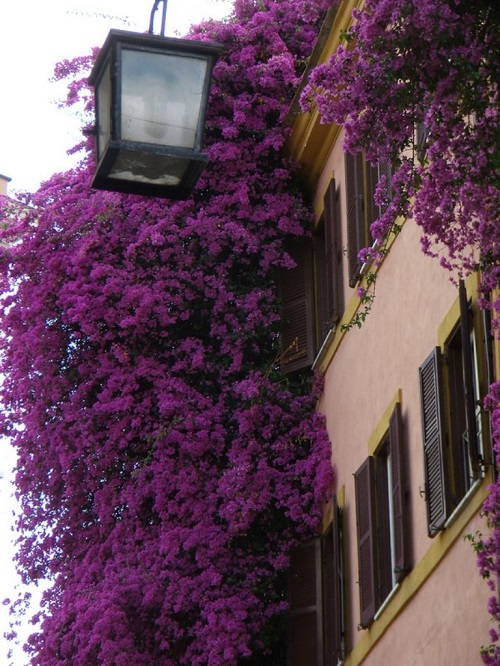 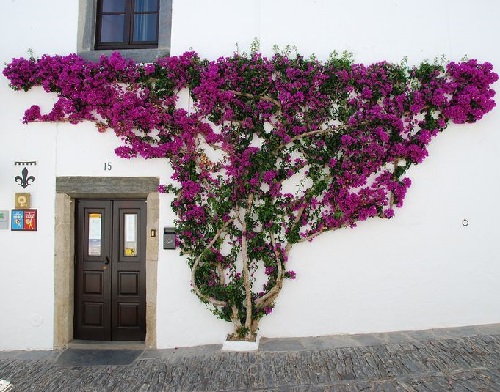 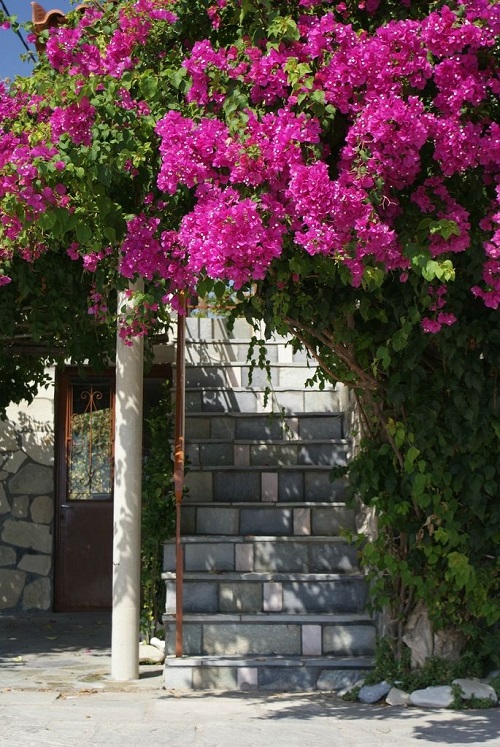 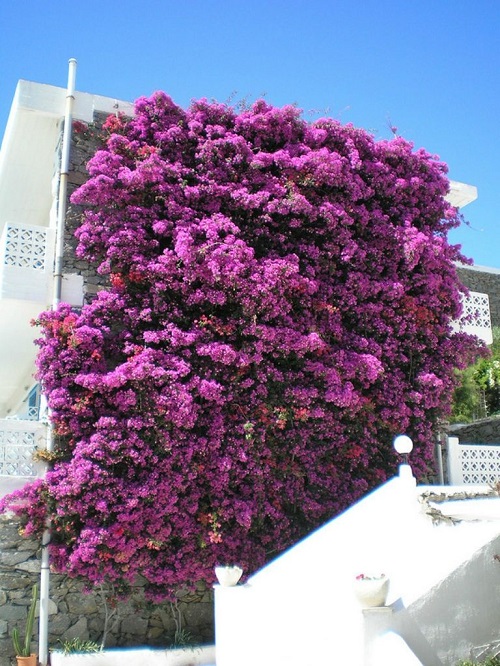 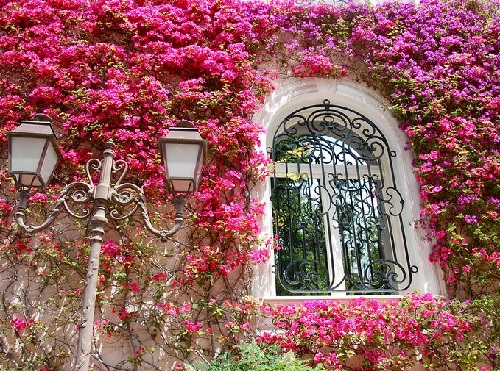 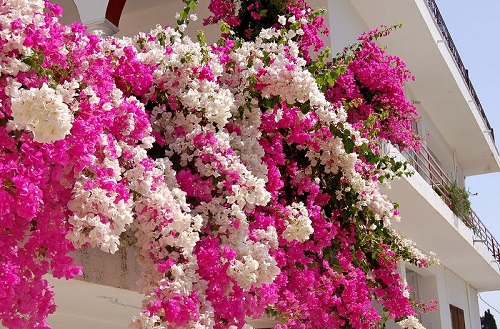 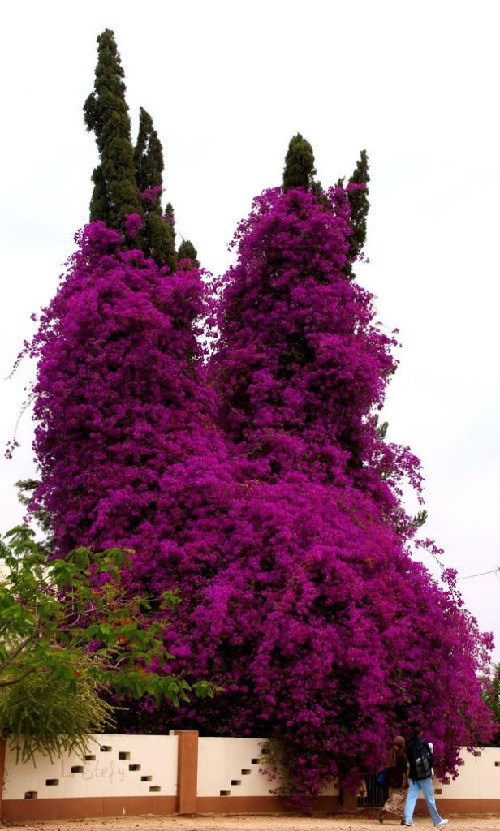 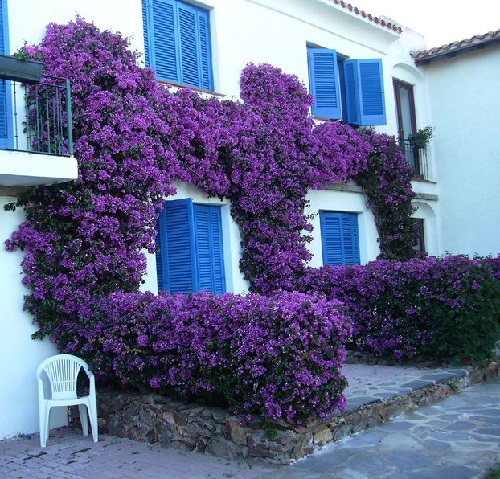 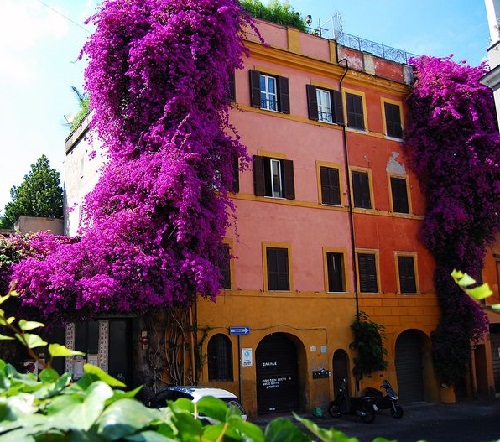 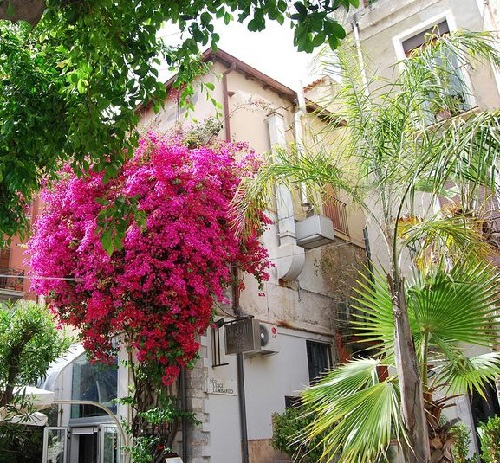 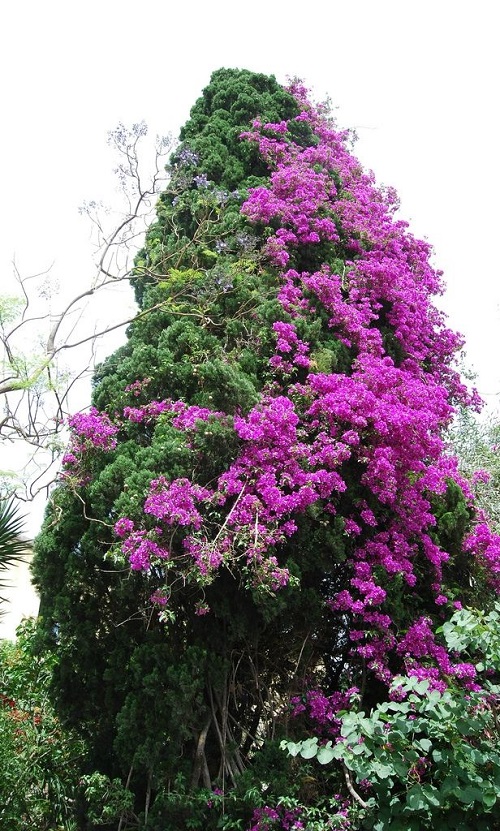 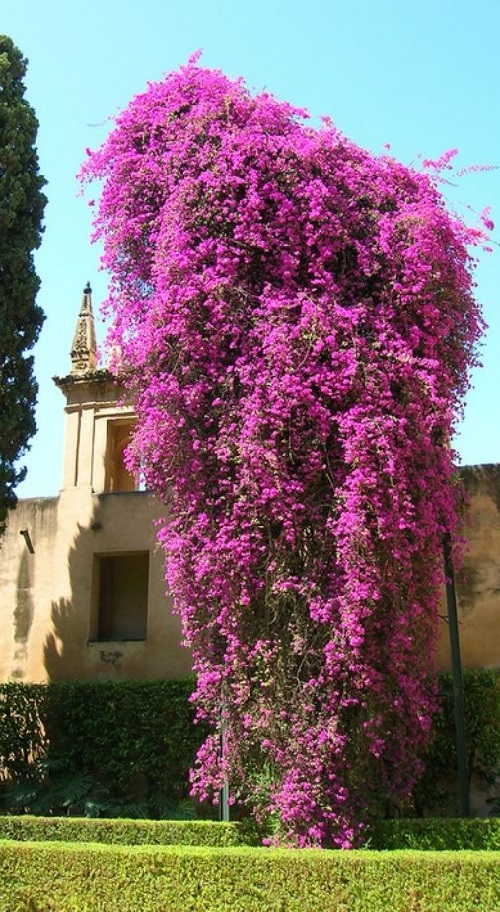 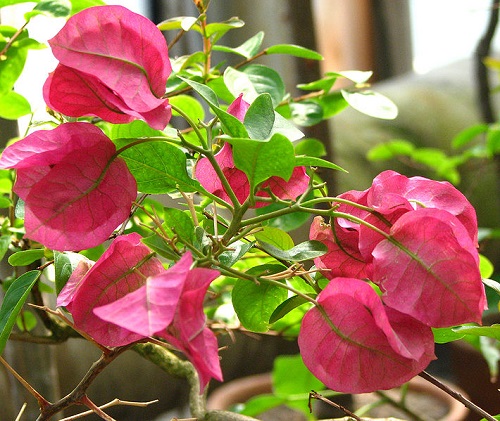 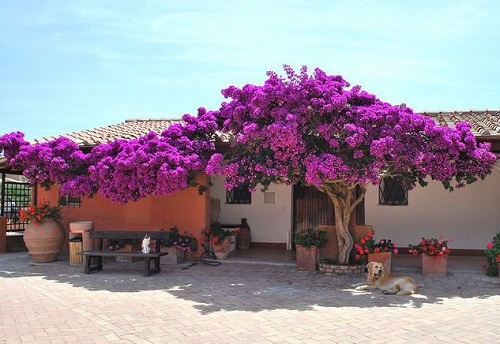