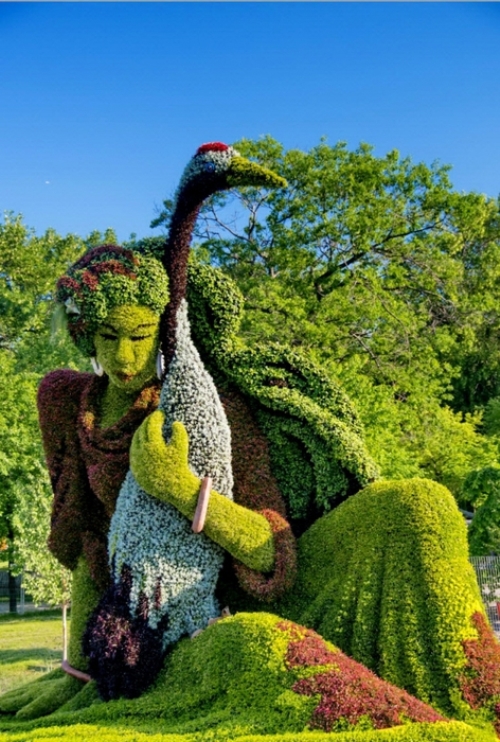 Montreal 2013 competition of horticultural art
Mosaicultures Internationales Montreal 2013 (MIM2013) is the world’s most prestigious competition of horticultural art. Traditionally, the competition takes place at the Montreal Botanical Garden (ranked third largest in the world). Noteworthy, 200 of the world’s most talented horticultural artists compete for the Grand Honorary Jury Award and the People’s Choice Award. Meanwhile, MIM2013 conveys the importance of preserving the incredible wealth of life on Earth.
Participating nations create a work of mosaiculture that represents something of their culture. In addition, they present a drawing on the theme of Land of Hope. Land of Hope is competition’s key theme, a strong message about the planet’s biodiversity. Impressive cultural kaleidoscope of 40 works from Europe, Asia, America, the Middle East and Africa. 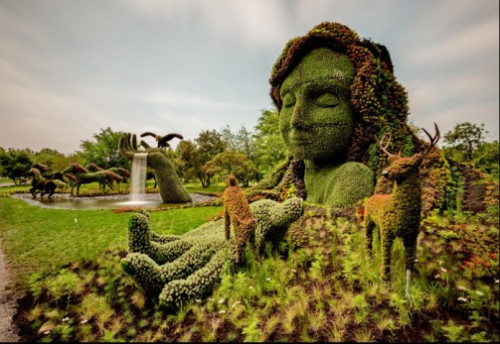 Visitors enjoy living two-and three-dimensional sculptures with such various evocative titles. For example, Mother Earth (Patchamama for the indigenous peoples of the Andes), The Tree of Birds, The Man Who Planted Trees and The Forest Spirits. The Tree of Birds is a masterwork depicting some 60 bird species along with the most endangered amphibians on Earth. Over three million plants constitute the exhibition’s 2-km circuit. The exhibition in Montreal lasts until September 29. 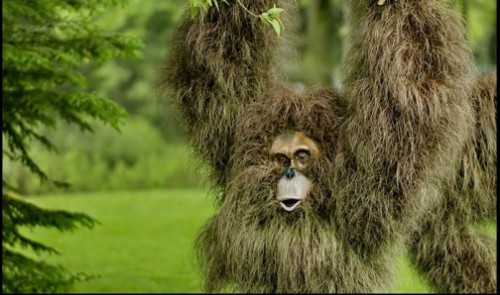 Mosaicultures Internationales Montreal 2013 – Land of Hope became ​​possible thanks to the government contributions at the municipal, provincial and federal levels. Besides, Montreal invested $4.5 million; Economic Development Canada invested $3 million and a further $1.8 million came from Quebec Government. In particular, the Ministry of Municipal Affairs, Regions and Land Occupancy and Tourisme Québec. Also, Tourisme Montreal invested in the event with $200,000. 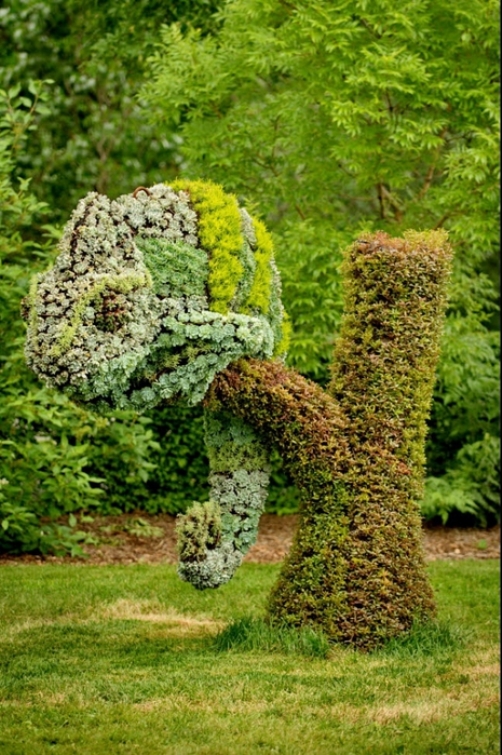 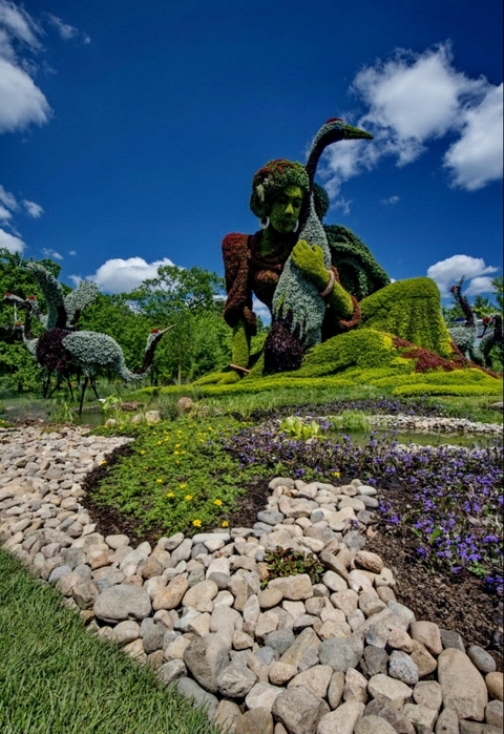 Art installation A woman among peacocks 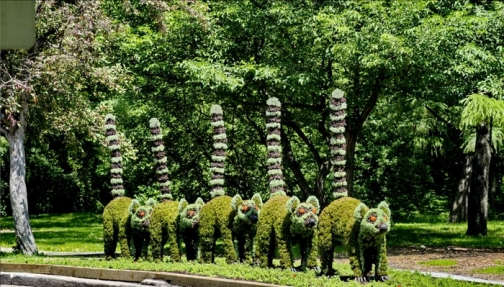 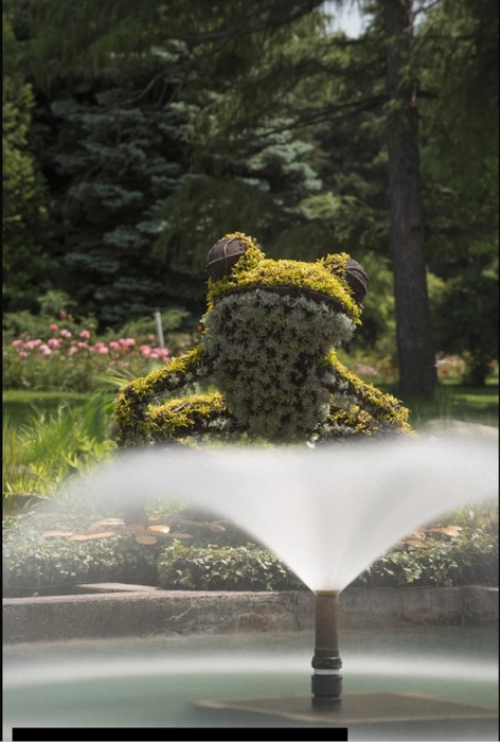 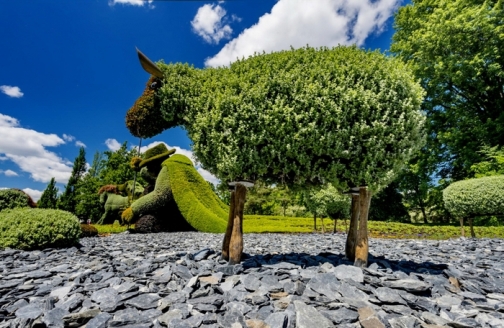 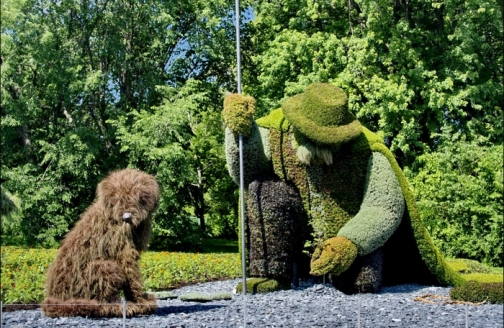 A man with a dog 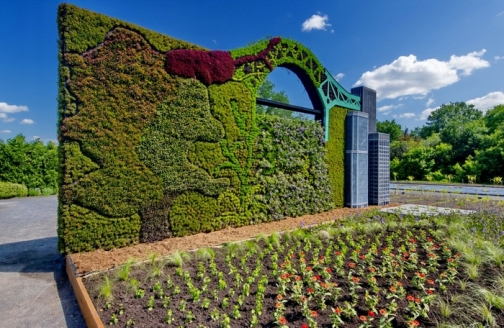 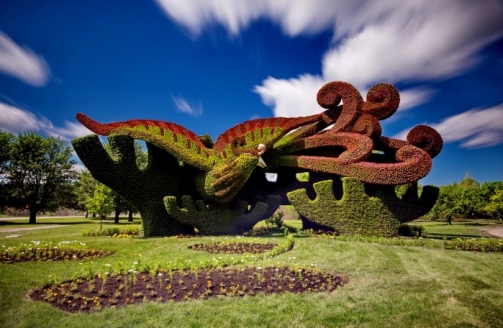 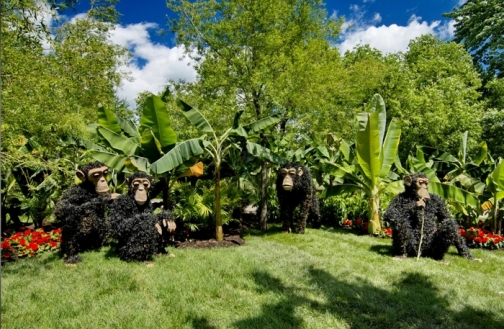 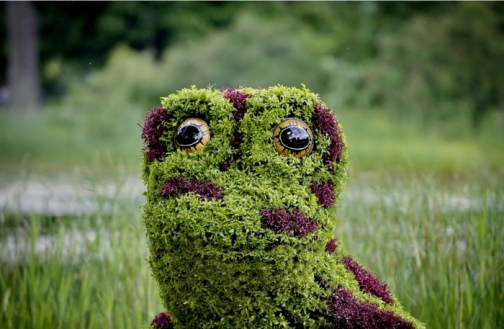 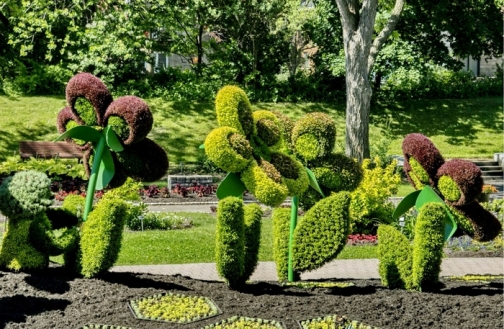 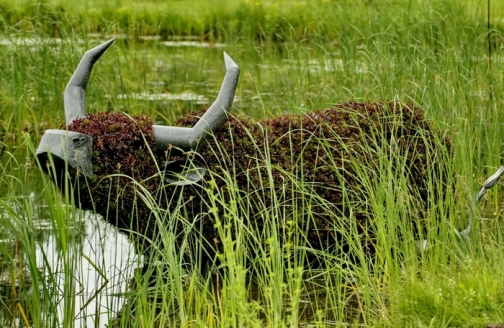 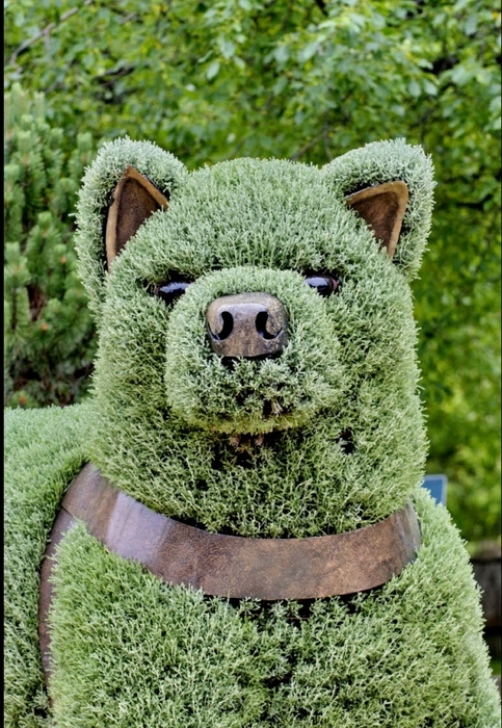 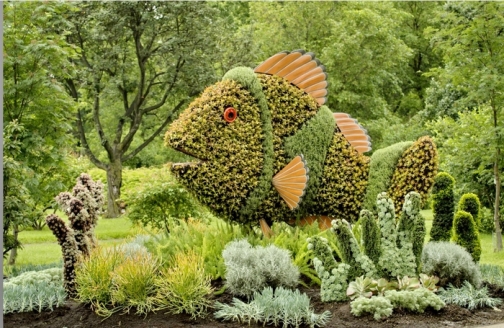 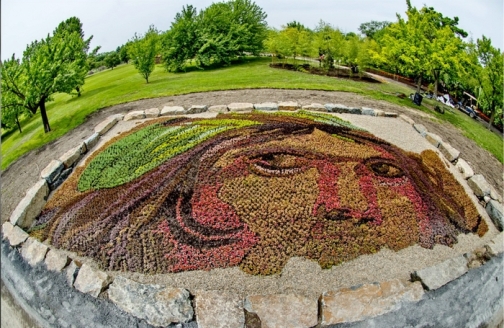 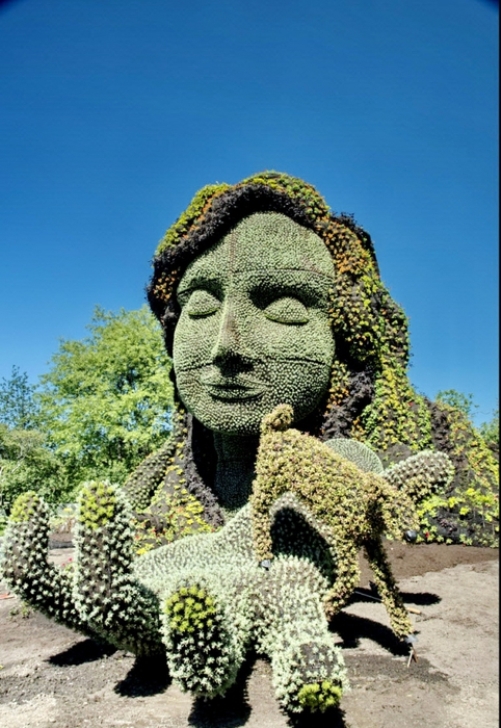 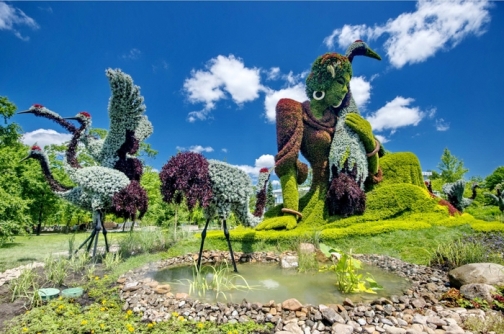 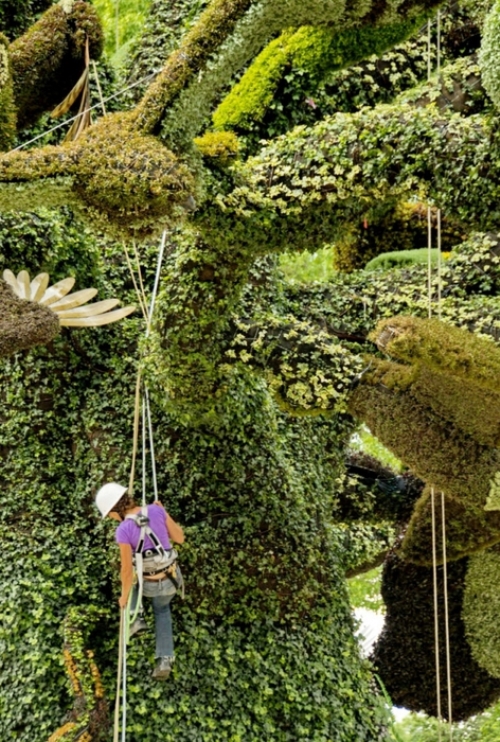 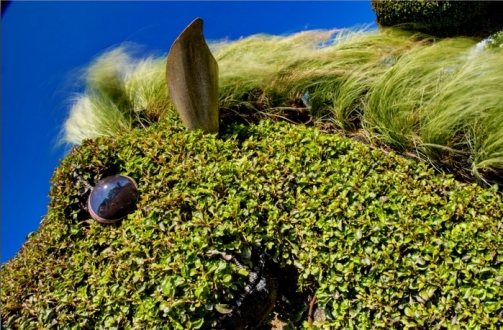 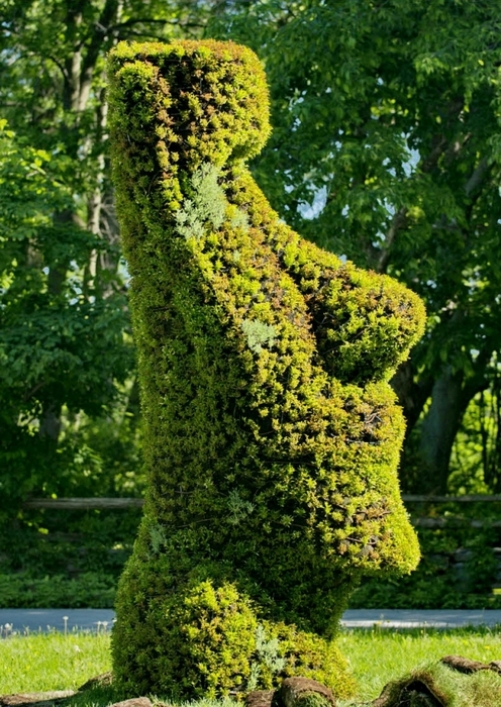 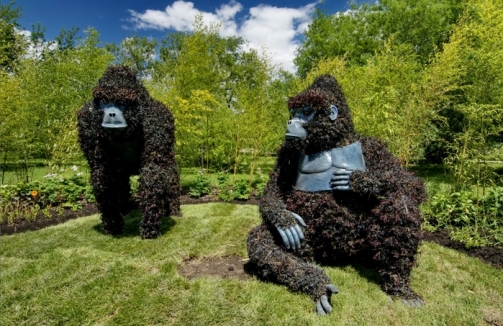