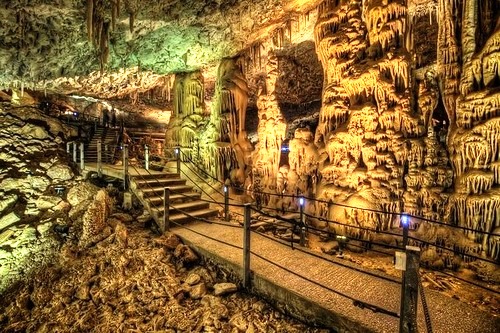 Beautiful stalactite cave Avshalom. Stalactite cave Avshalom is located on the western slopes of the Judean Hills in Israel. Avshalom Cave – a true natural museum, an area of ​​over 5,000 square meters, in which as exhibits to the public “exposed” numerous stalactites and stalagmites. These growths reach about 4 m and remind a huge piece of fabric, coral reefs, or bunches of grapes. Special lighting installed in the cave, further enhances the effect of the sight. Avshalom Cave was discovered by accident in May 1968, during work on the extraction of building rubble. After another explosion workers saw the entrance to the cave. The first experience was fantastic: a cave of all colors of the rainbow, as if littered with mountains of diamonds. Only later, after going down, pioneers saw the sun shining water that ran down the stalactites. 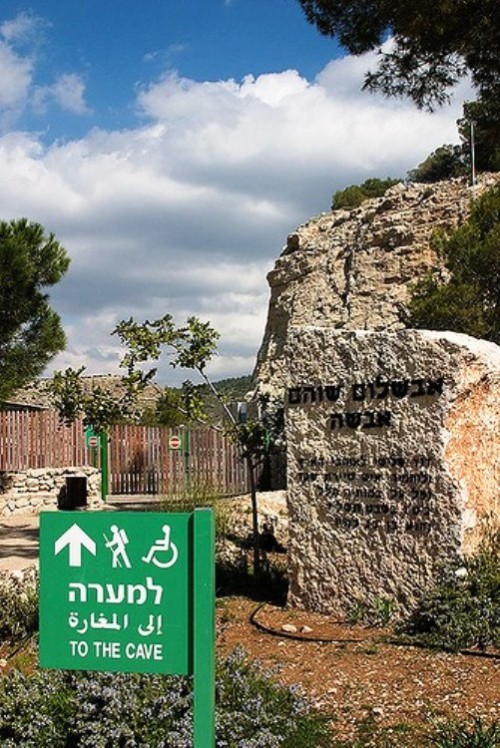 Geologists engaged in the study of caves and found that it was formed about 25 million years ago, when the ridge of the Judean Hills rose above the water surface. For millennia, water saturated with carbon dioxide gas seeping through cracks and through the layer of soil that formed “decoration” of caves.

Currently in the cave all year round constant temperature (22 C) and high humidity (92 to 100%), which provides a continuous growth of stalactites and stalagmites.

According to sources, Avshalom got its name in honor of Israeli soldier, Avshalom Shoham, who died during the war 1967-1970. After the cave was opened, the government feared that careless tourists would simply break the beauty of nature which had been created for thousands of years. 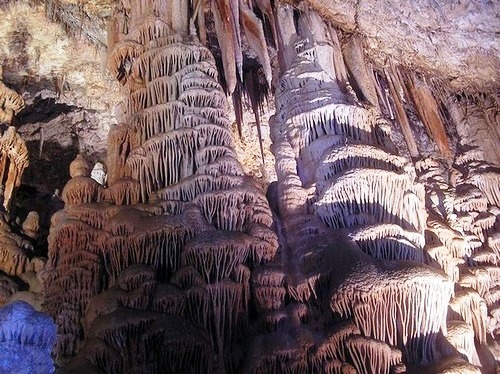 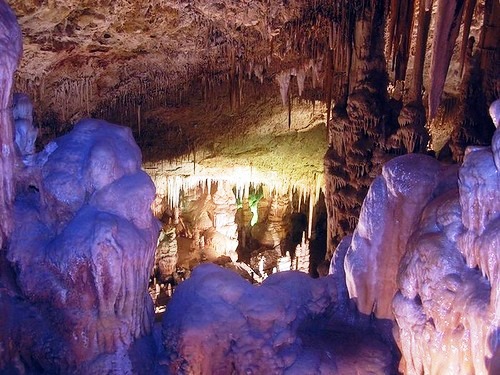 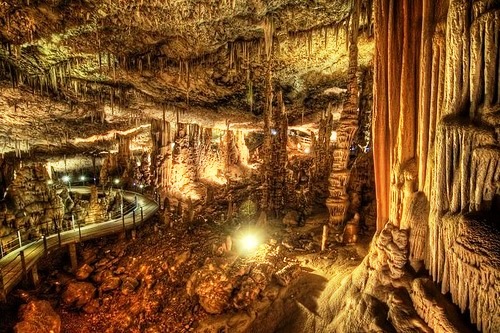 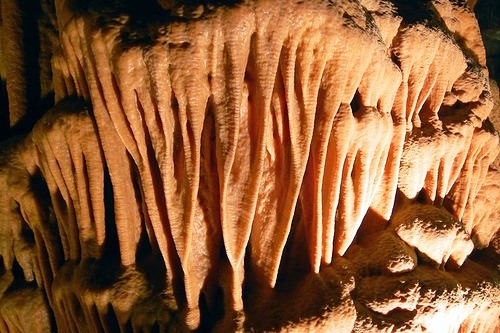 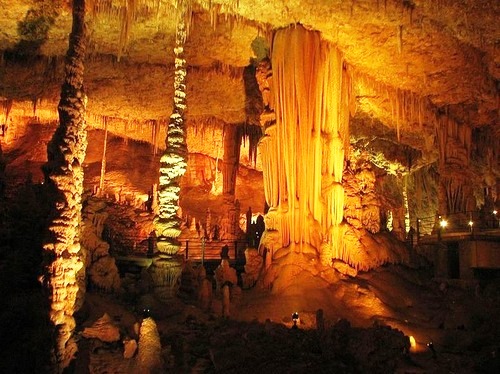 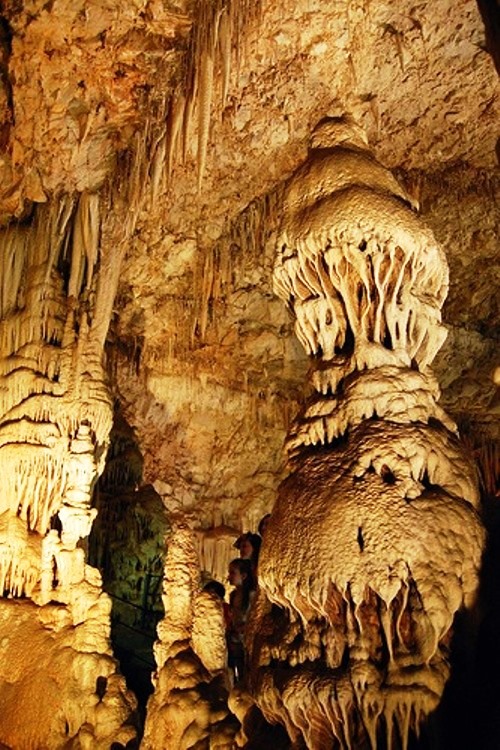 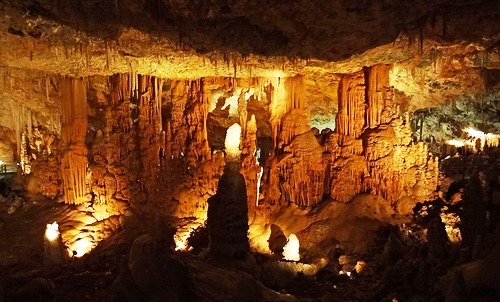 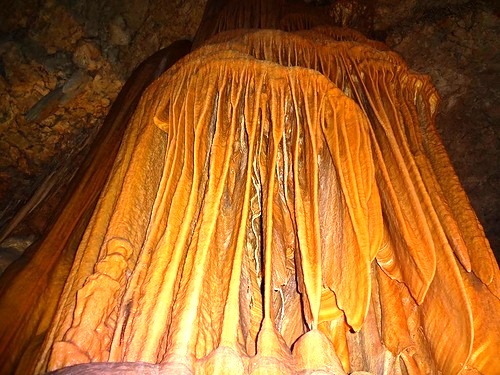 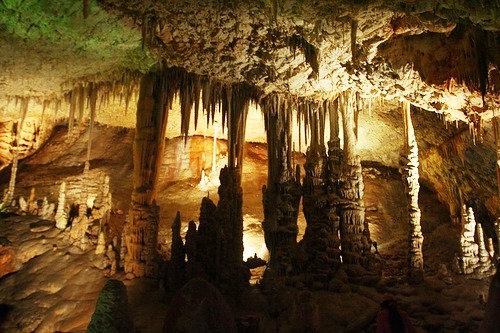 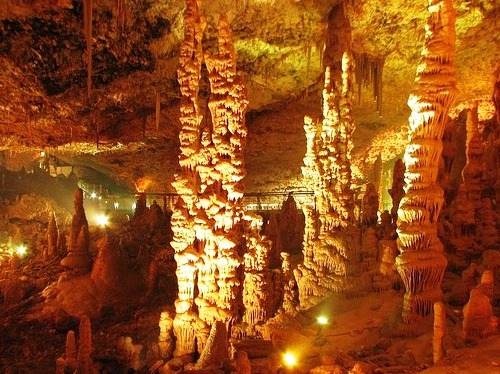 Columns inside the cave 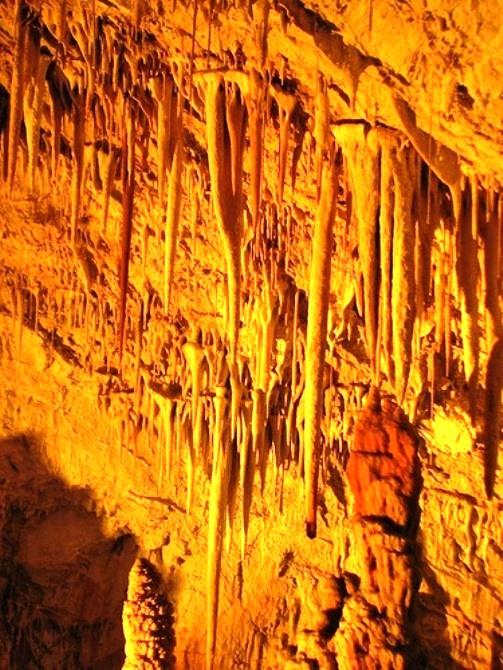 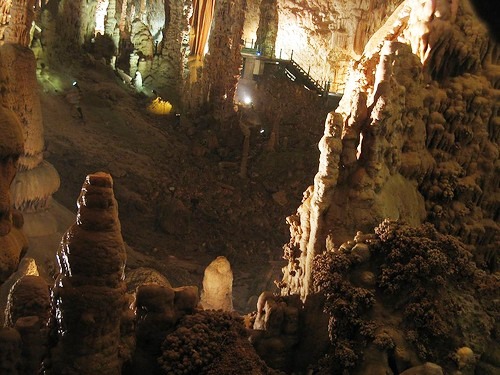 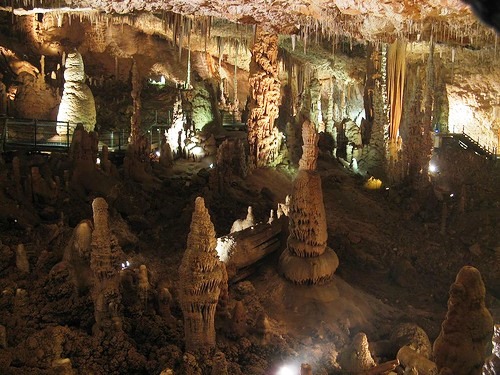 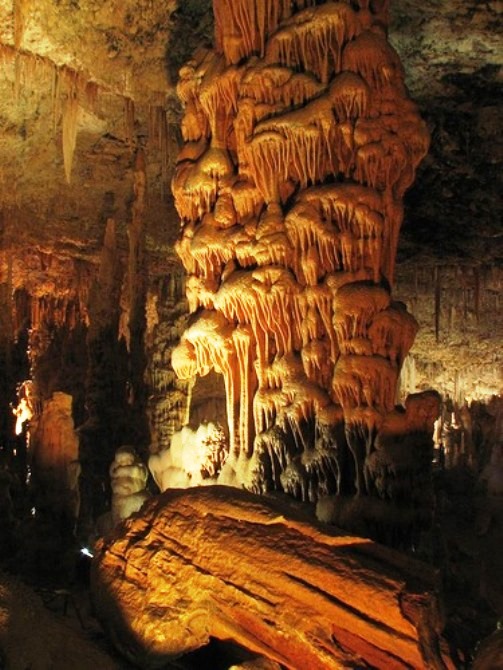 Nature is the best artist, and architector 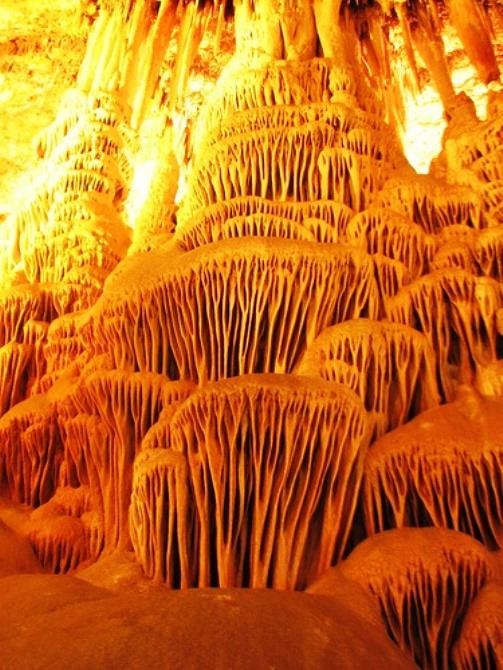