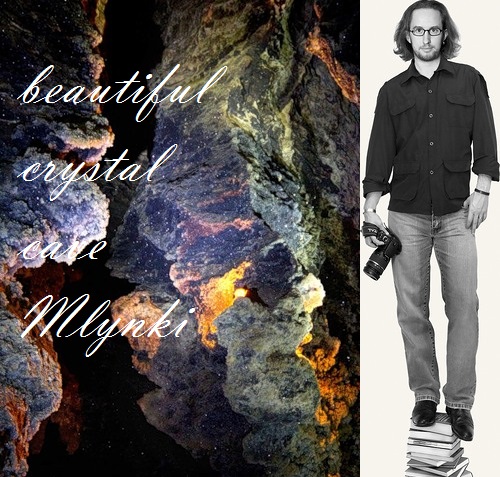 World most beautiful crystal cave Mlynki – horizontal gypsum rare crystal cave of labyrinth type. Located in Ternopol region, Ukraine, it is one of the most beautiful gypsum caves in the world, is known for the multicolored gypsum crystals. The total length of the passages of almost 45 km. The temperature in the cave in summer and winter is always constant – about 9-10 degrees Celsius. With crystal lined walls glittering deep beneath the earth’s surface, these mesmerizing scenes are taken from inside the cave. These awesome images were taken by naturalist photographer Oleg Grigorev. At the entrance of the cave you are met by the sculpture of a speleologist Vasya (Basil). You have to touch him or be photographed with him for good luck. 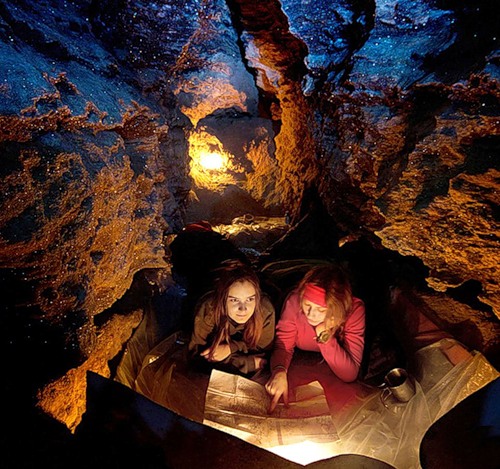 The tourists who visited the cave prove that it is stunning, it just blew them away. It’s even more incredible in person. Those who were there once want to come back. Manganese and iron ions make crystals colorful. This is an entire underground world. Only the sounds of dropping water break the silence in the cave.

Oleg spent the night in the cave and said he was enthralled by the cave’s beauty, describing it as like seeing the dawn at Mars. He said: ‘To get to the base where we were going to stay for the night we had to crawl for hours. ‘It was really hard, we were grinding the sand and dust with our teeth. There were deep holes, big halls, galleries, bats, dust, beautiful crystals on our way. But it was worth it. It’s really hard to describe my first impressions of the cave and impossible to put the beauty of the cave into words. It’s impossible to take a photo that does the cave justice, you need to see the cave in person to realize just how beautiful it is. In candle light the crystals are as colorful as a rainbow, I felt like I was seeing a sunrise on Mars. When I got out of the cave I was absolutely exhausted but It was such an amazing experience I know I’ll be back”. 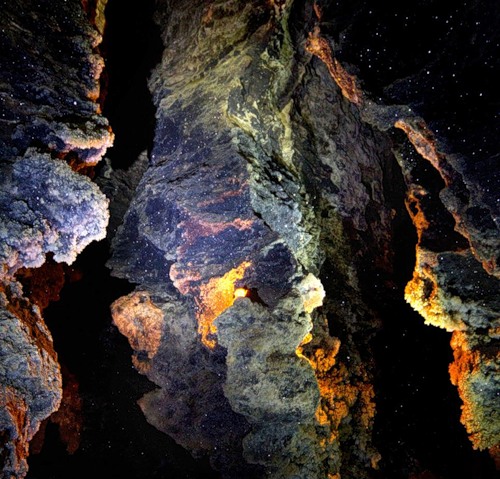 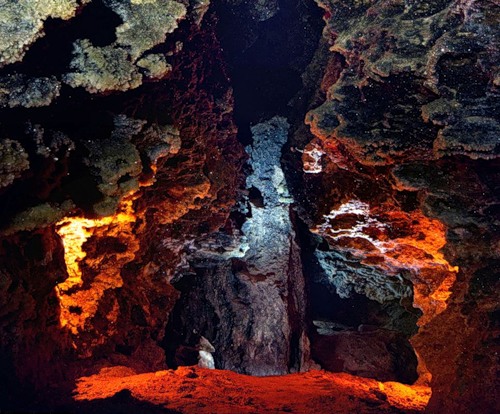 Inside the Crystal cave 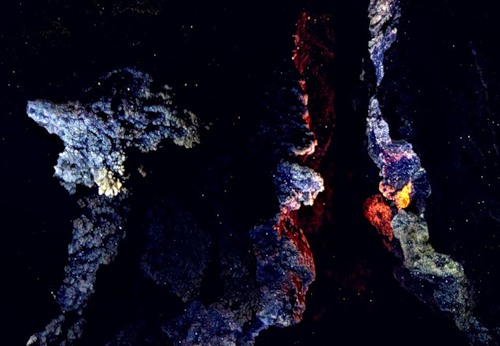 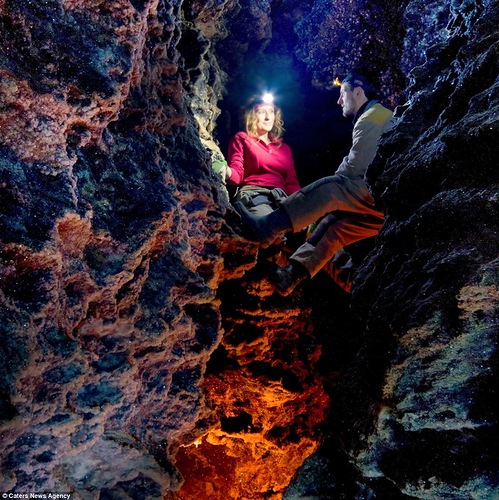 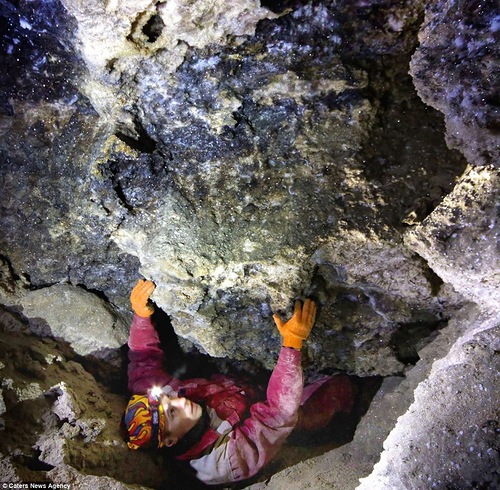 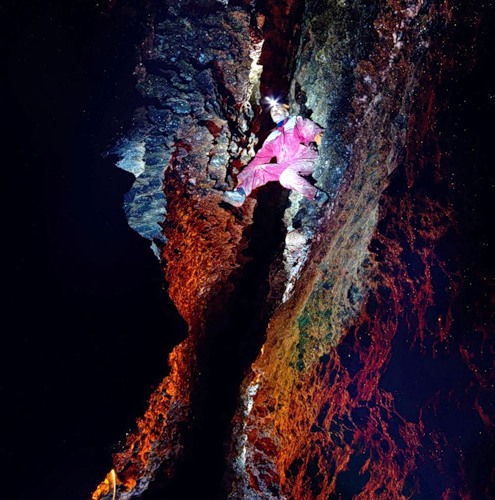 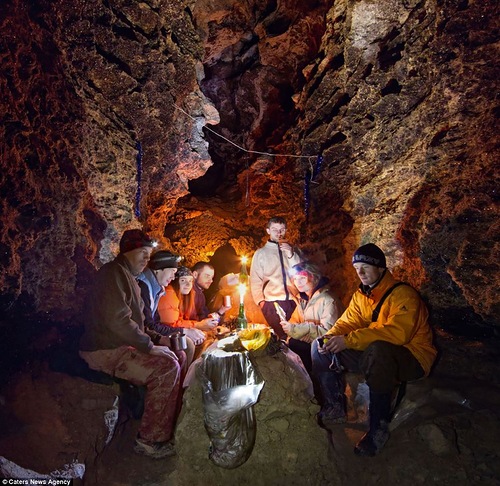 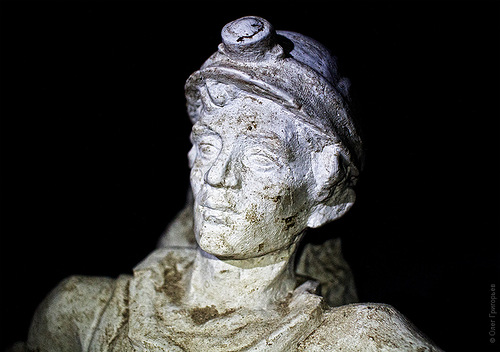 Statue to miner at the entrance. Crystal cave 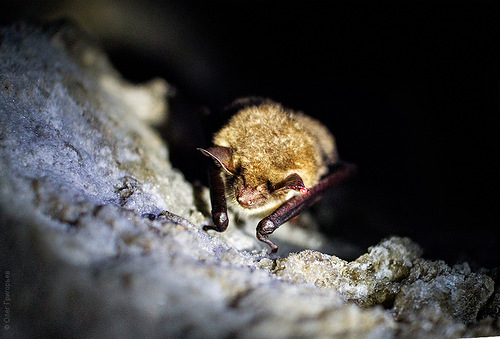 A bat in the cave 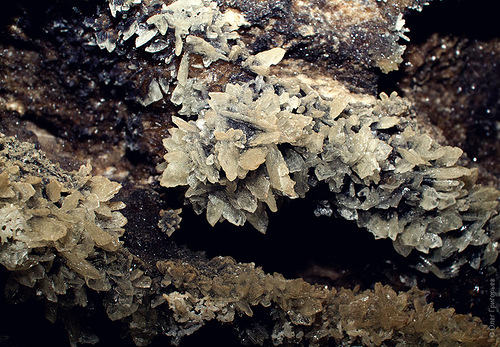 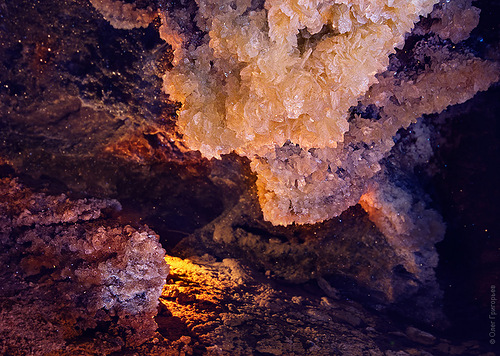 Amazing colors of crystals in the cave 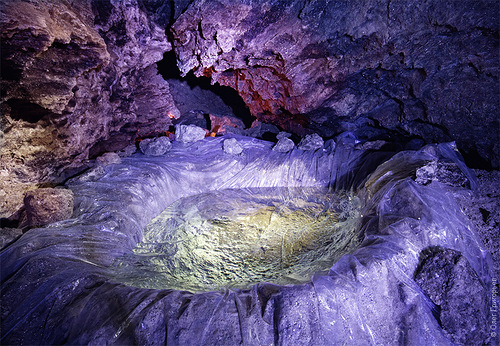 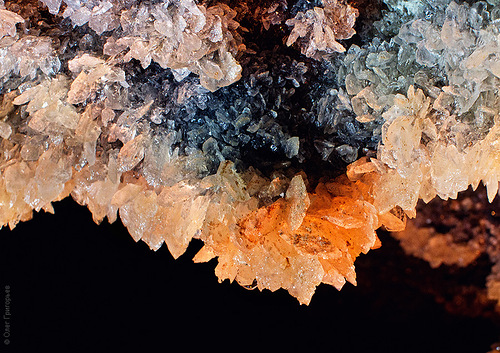 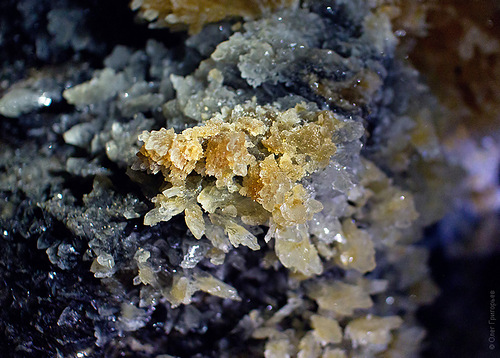