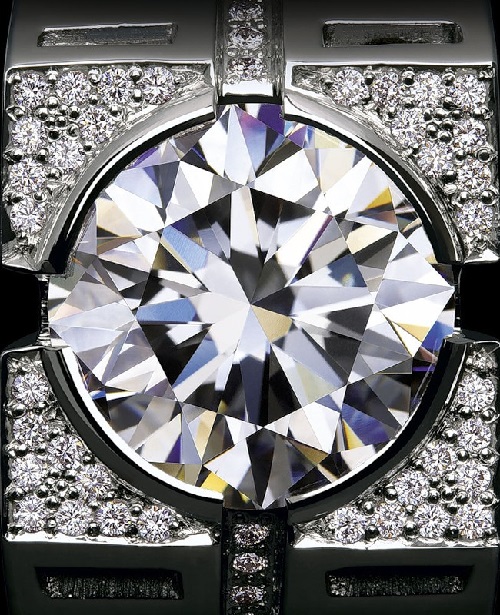 Birthstones and Notable Diamonds. Do you know your birthstone? Mine is Opal or tourmaline, though I love emeralds most of all. Diamonds, famous diamonds have long and mysterious history as a rule… 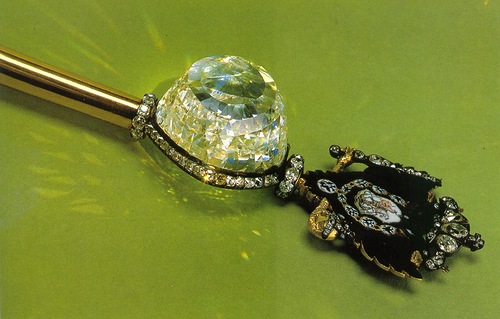 Mounted in the Imperial Scepter, The Orlov diamond made during the reign of Catherine the Great (1762-96)

Nowadays the Orlov is one of the most important items in one of the greatest collections of gems and jewelry, the Treasures of the Diamond Fund, Gokhran, Moscow. Comprises of many historical jewels amassed by the rulers of Russia before the 1917 Revolution. As well as some of the exceptional diamonds unearthed during the past three decades that testify to Russia’s current position as a leading world diamond producer. 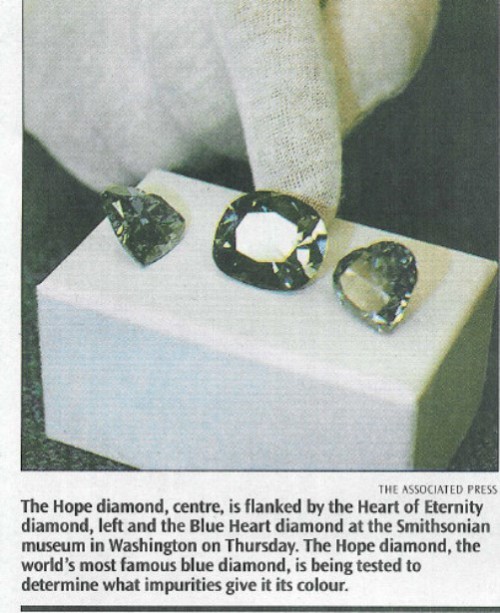 Three of the world’s most famous blue diamonds. Left to right: The Heart of Eternity, the Hope, and the Blue Heart Diamond; 27, 45 and 30 carats, respectively

The Hope looks larger than 45 carats because it is a rather flat stone. The Heart of Eternity is Fancy Vivid Blue, the Hope is Fancy Deep Grayish-Blue and the Blue Heart’s color grade is still unknown. (Probably Fancy Vivid or Fancy Deep.)

In fact, The Hope Diamond has a long recorded history with few gaps in which it changed hands numerous times on its way from India to France to Britain and to the United States. Described as the “most famous diamond in the world” it is the second most-visited artwork in the world, after the Mona Lisa. 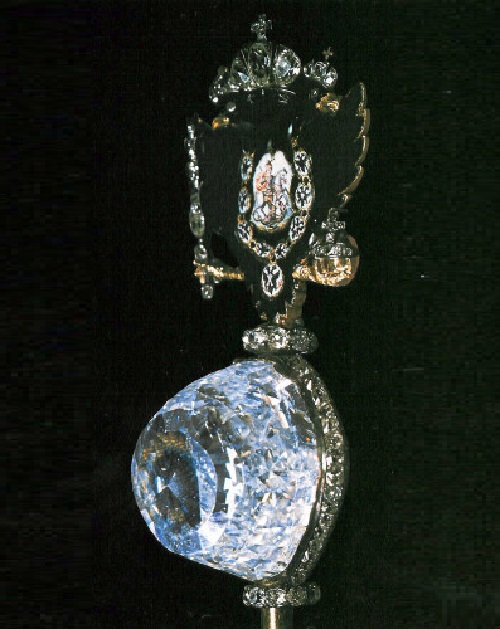 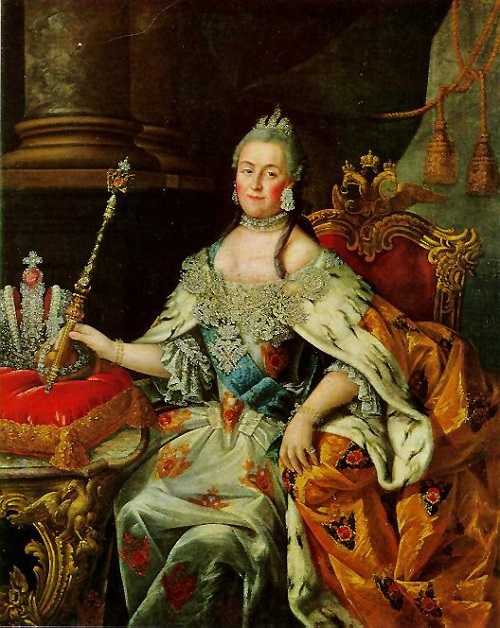 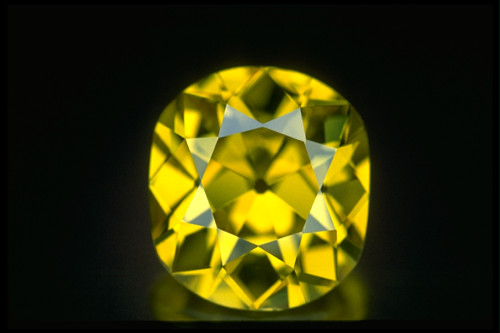 Named for the Smithsonian employee who helped facilitate the transaction, the 18.30-carat Shepard Diamond from South Africa. Acquired by the Smithsonian Museum by exchange for a collection of small diamonds that had been seized as smuggled goods by the United States Customs Service 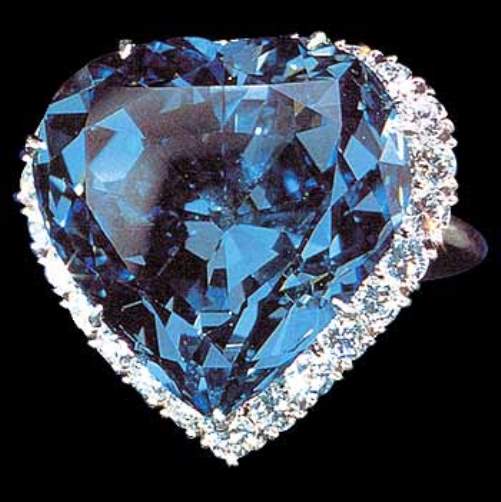 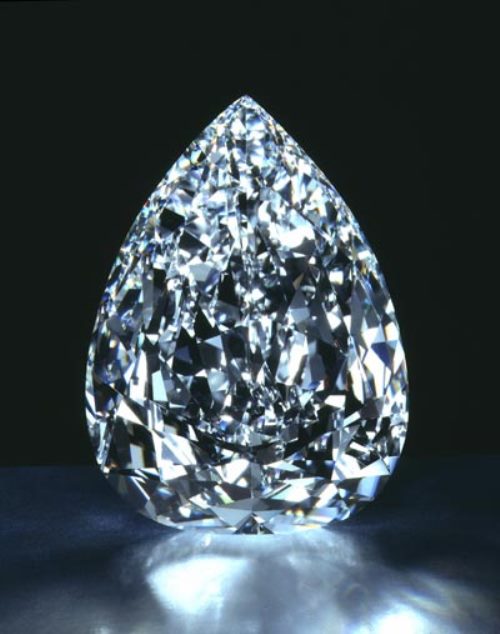 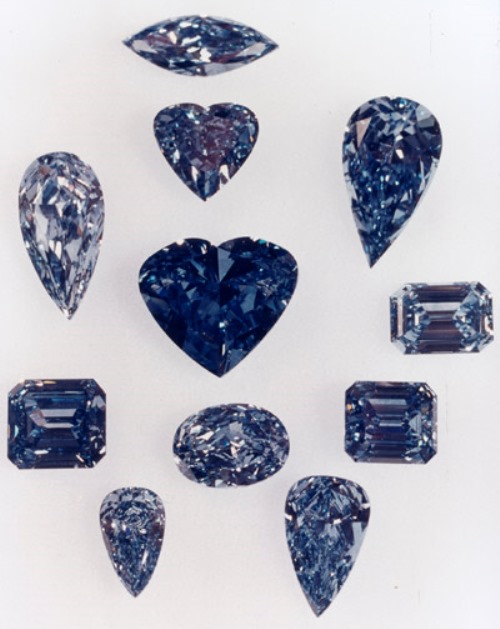 The Millennium Blue Diamonds, with the Heart of Eternity at the center 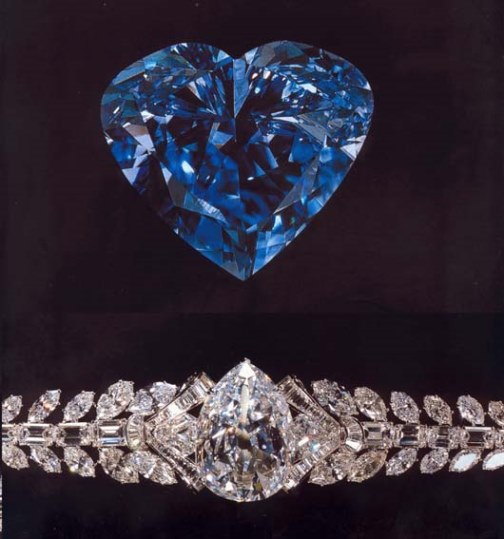 The Heart of Eternity 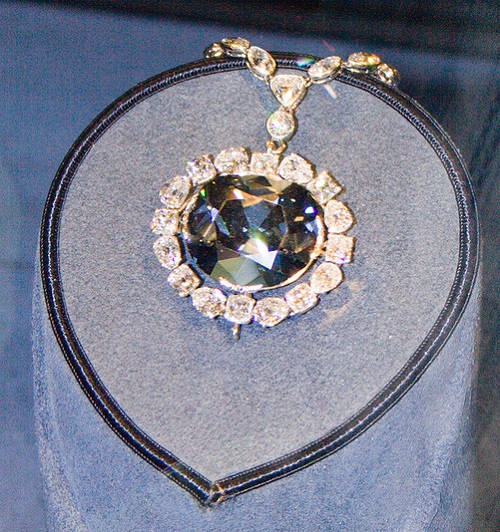 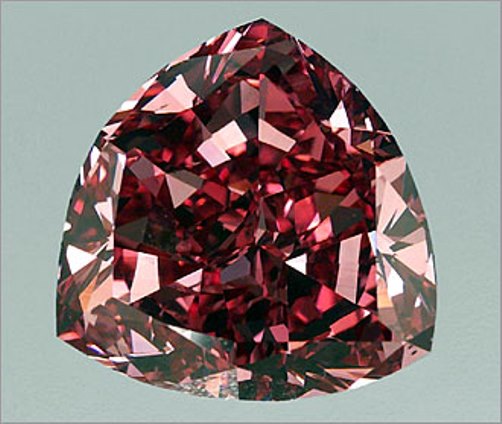 The largest Fancy Red, natural color diamond. The stone is a triangular brilliant, sometimes referred to as a trillion or a brilliant cut 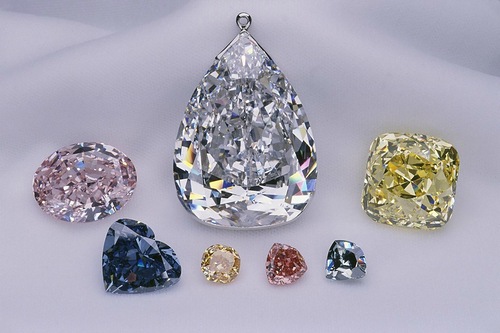 The Millennium Star, the Heart of Eternity, the Pumpkin Diamond, the Allnatt Diamond, the Ocean Dream, and the Steinmetz Pink