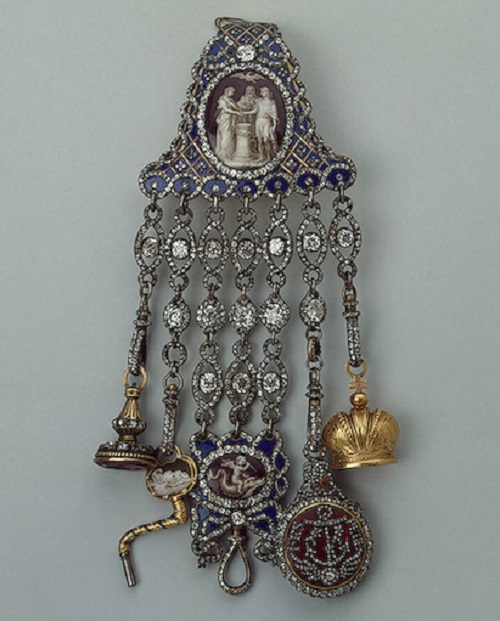 Chatelaine Jewelry was popular from the 17th to the early 20th century, among both – men and women. From the early Middle Ages plain rings with chains turned into extremely detailed jewelry masterpieces made of precious stones and enamels, carvings. They were worn on the belt (usually a tailcoat), by men from aristocratic circles. 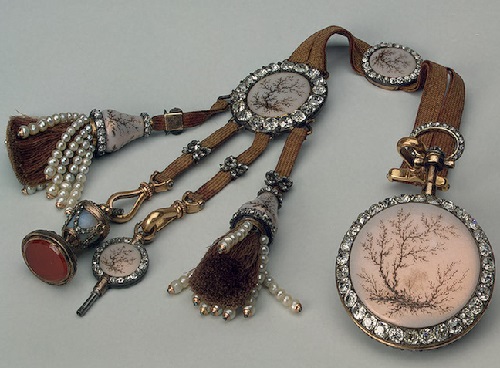 Clock on chatelaine, stamp in the form of a vase. 1770s

The Englishwoman’s Domestic Magazine that reported on the fashions in 1874 held that chatelaines were also worn at balls, having hooks suspended from them to hold fans. A spate of chatelaines in the 1878 Exhibition reflected their acceptance in formal wear. A typical lady’s chatelaine would suspend important keys, a pencil with a small ivory sheet to write, purses, étui, pomanders, vinaigrettes and scissors or sewing implements and other everyday essentials. 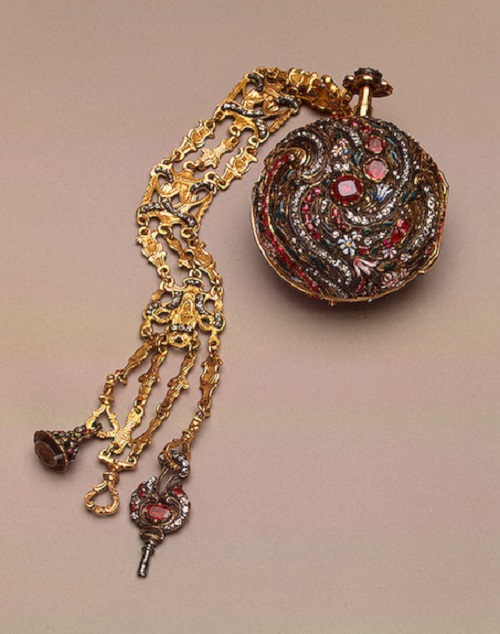 A chatelaine (from French: “lady of the castle”) in its original form is a belt hook, worn by the lady of the castle, from which the keys of the castle were suspended. It was a form of jewelry that had it’s origins in practical use. Through time and innovation chatelaines came to support several chains from which accessories were suspended. Chatelaines weren’t reserved for women. Men wore them as well. Early examples suspended items like a watch, seal, small pocket knife and a writing instrument. 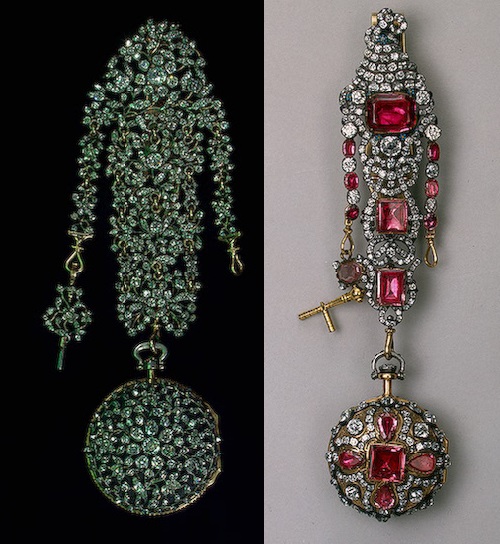 Watch on a Chatelaine 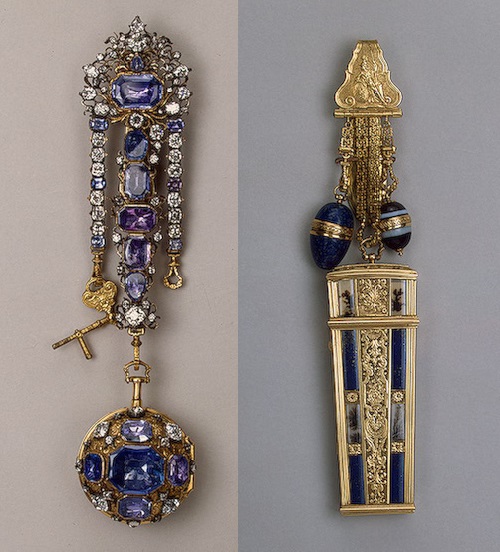 Watch and Necessaire on a Chatelaine 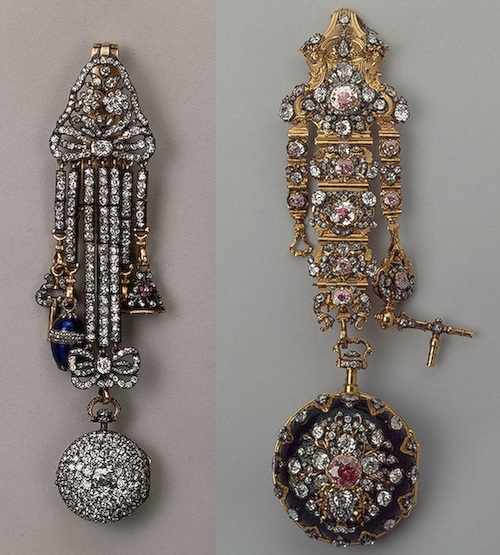 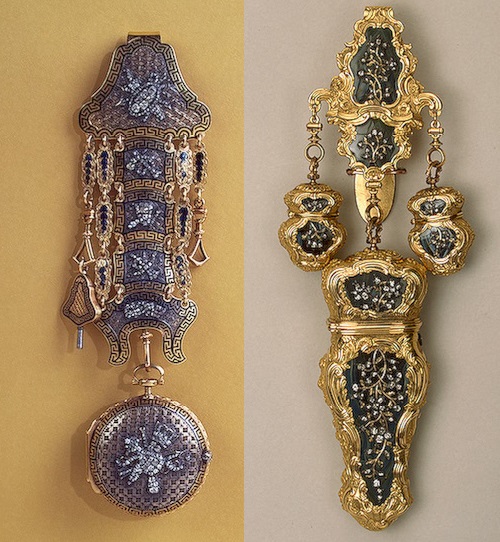 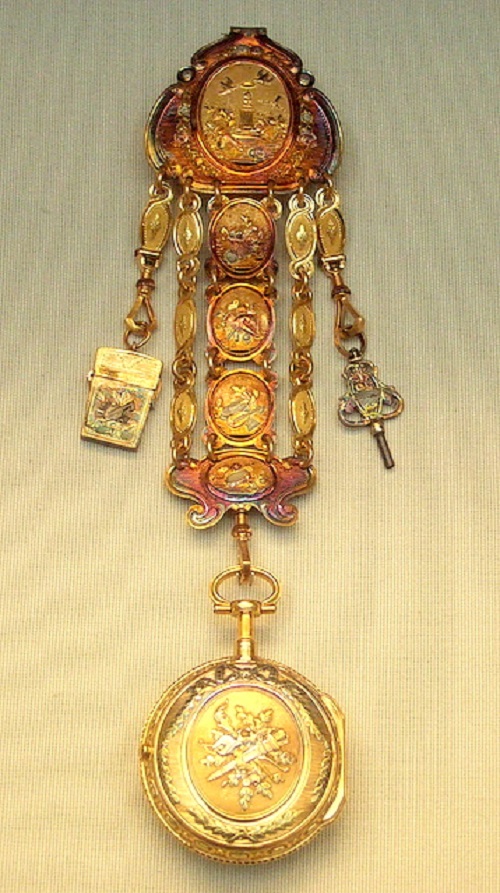 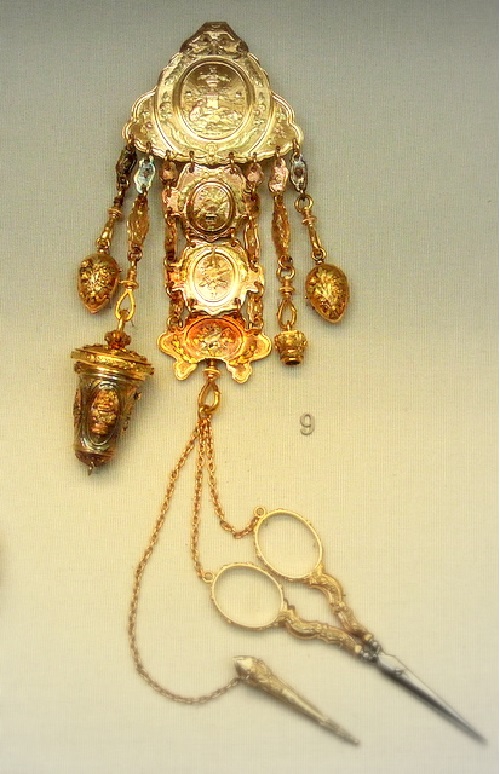 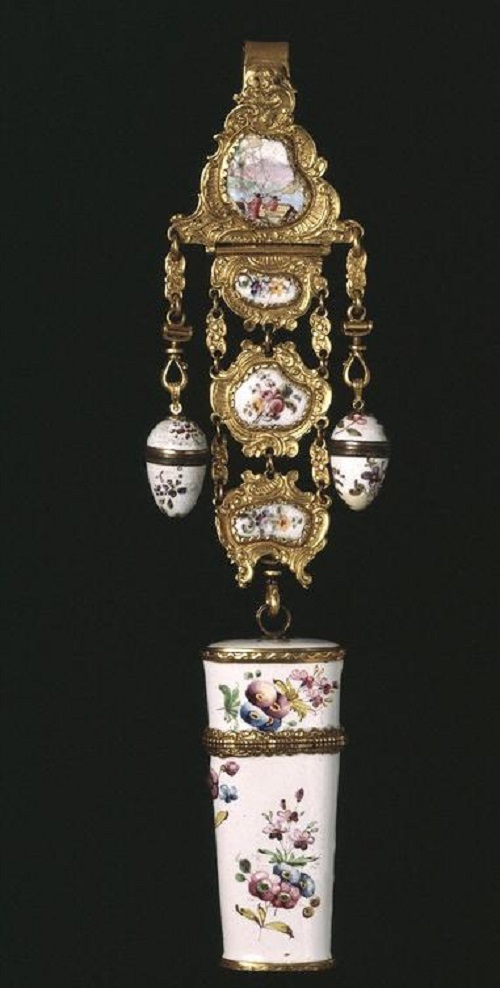 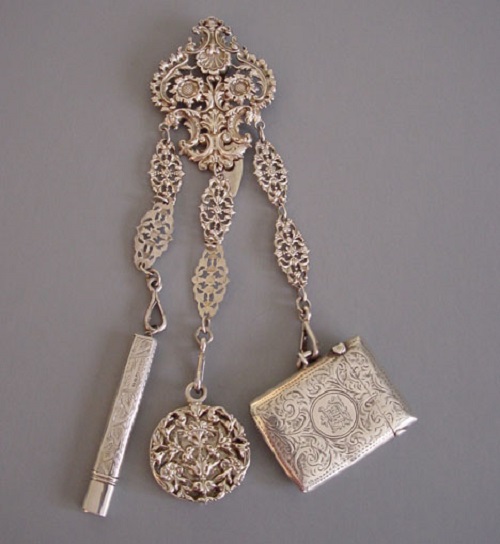 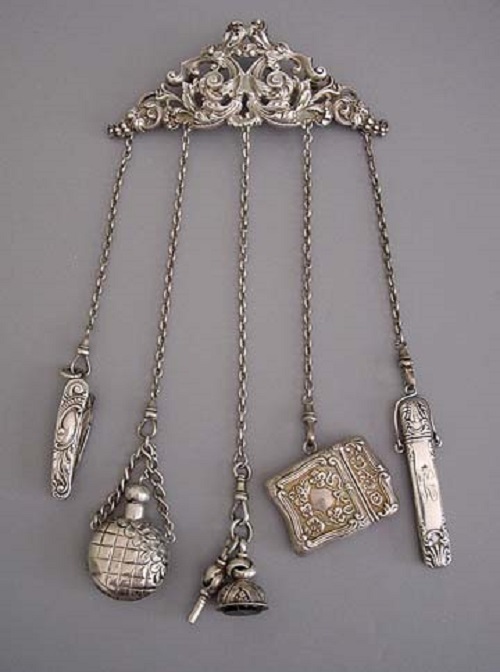