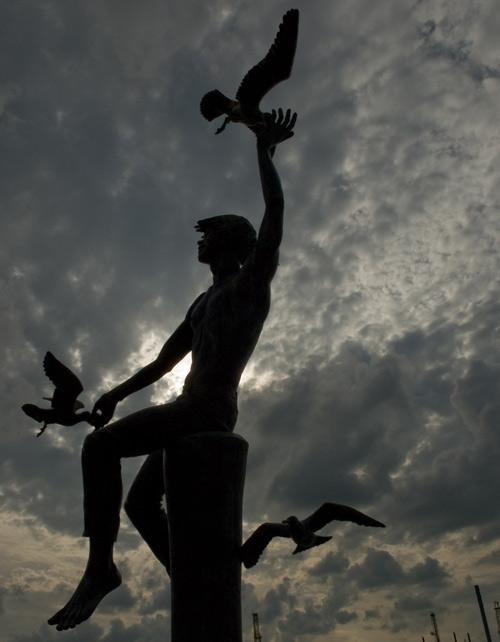 Children raised by animals
In the entire recorded human history there are more than a hundred cases in which children grew up away from people, in the company of animals. Such “Mowgli” stories happened to all races and continents. All these cases have become the proof that a person does not have internal program, a special soul, and his normal human upbringing is possible only in a society. Any human deprived of the chance to speak as a young child, could ever be taught in later life. Feral children usually exhibit the behavior of the animals with whom they have had closest contact, a condition known as the Mowgli Syndrome after the fictional child from Rudyard Kipling’s “The Jungle Book” who was raised by wolves in the jungle. Such children have usually built strong ties with the animals with whom they lived and find the transition to normal human contact extremely traumatic. 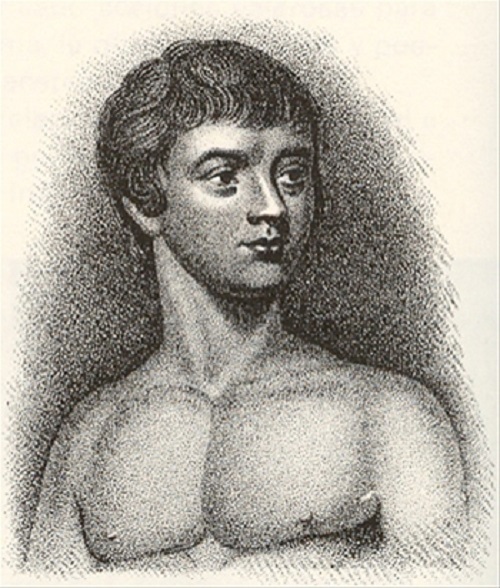 Victor of Aveyron (c. 1788 – 1828) was a French feral child who was found in 1800 after apparently spending the majority of his childhood alone in the woods. Upon his discovery, his case was taken up by a young physician, Jean Marc Gaspard Itard, who worked with the boy for five years and gave him his name, Victor. Itard was interested in determining what Victor could learn. He devised procedures to teach the boy words and recorded his progress. 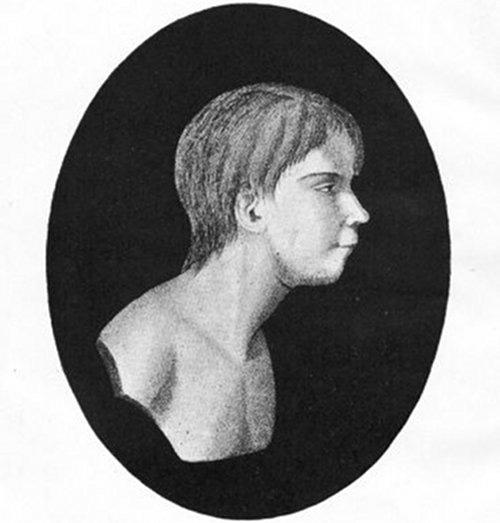 Victor of Aveyron, French boy, Victor’s portrait from the front cover of the book about him.

Based on his apparent age when he was found, Victor is assumed to have been born around 1788. It is not known when or how he came to live in the woods near Saint-Sernin-sur-Rance, though he was reportedly seen there around 1794. In 1797 he was spotted by three hunters; he ran from them but they were able to catch him when he tried to climb a tree. They brought him to a nearby town where he was cared for by a widow. However, he soon escaped and returned to the woods; he was periodically spotted in 1798 and 1799. On January 8, 1800, he emerged from the forests on his own. His age was unknown, but citizens of the village estimated he was about twelve years old. His lack of speech, as well as his food preferences and the numerous scars on his body, indicated he had been in the wild for the majority of his life. 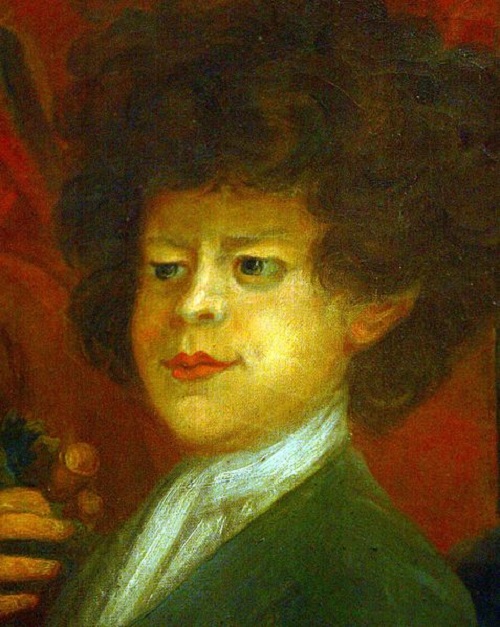 Peter the Wild Boy (fl. 1725 to February 1785) shown in a detail of a court painting by William Kent in Kensington Palace.

Peter the Wild Boy was a mentally handicapped boy from Hanover in northern Germany who was found in 1725 living wild in the woods near Hamelin, the town of Pied Piper legend. The boy, of unknown parentage, had been living an entirely feral existence for an unknown length of time, surviving by eating forest flora; he walked on all fours, exhibited uncivilized behavior, and could not be taught to speak a language. Once found, he was brought to Great Britain by order of George I. 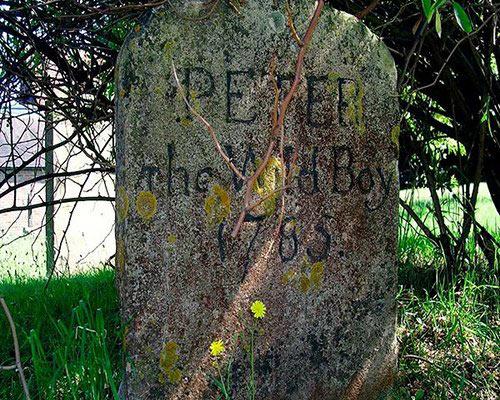 Peter died 22 February 1785 and was buried in Northchurch. His grave can still be seen in the churchyard of St Mary’s Church, Northchurch, directly outside the main door to the church 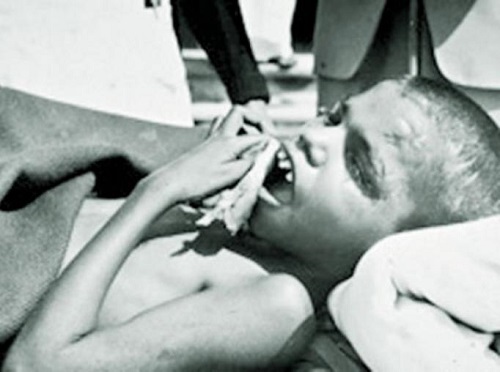 John Ssebunya. In 1991 in Uganda, a farmer Millie, went to the forest for firewood, found the boy about four years old in the company of monkeys. The kid looked pretty bad, but the hands were not given. Millie called for backup, and the boy was cornered, fighting off agitated monkeys. His knees looked almost white, as the boy moved on them. The nails were very long and curly.

John Ssebunya, better known as the ‘Monkey Boy of Uganda’

Village locals recognized in the boy John Ssebunya who escaped from the people in 1988, after John Ssebunya witnessed his father killing his mother. Then he was two or three years old. Also, as a consequence of his years in the wild, John had contracted a case of intestinal worms that were said to be over 1 and a half feet long, once they exited his body. He also carried an awful lot of injuries, mostly in the form of shredding on his knees from trying to imitate how the monkeys walked. John was then placed in the care of Paul and Molly Wasswa who ran an orphanage close to the village. 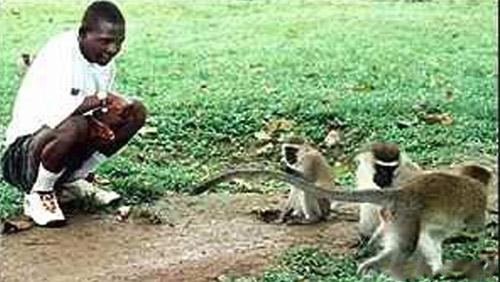 Despite the fact that John Ssebunya has been successfully brought back into the human fold, he retains a strong affinity with monkeys.

Incredibly they succeeded in teaching him to speak, although many think that he already knew how to talk before he ran away. A few years later, having learned to speak, John told how he befriended monkeys in the forest, how they fed him. Five monkeys took up forestry education of the boy, teaching him to find food in the forest and climb trees. The important thing though, is that John’s story has a happy ending, he’s completely rehabilitated and now sings in the Pearl of Africa’s children’s choir and exhibits virtually no animalistic behavior at all. 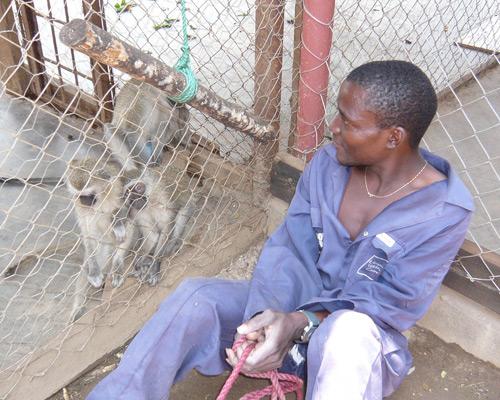 John Ssebunya was tested on knowledge of the monkey language and in front of reporters, with gestures and cries, John Ssebunya had a talk with monkeys. 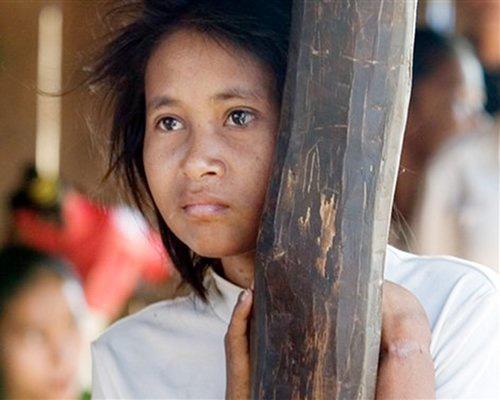 Rochom Pngien. January 13, 2007 from the forest to the north-east of Cambodia came out dirty, naked, covered with scars, woman. She stole food from a farmer, and he caught her. Amazingly, the head policeman was her father, and apparently recognized her through prominent scars on her back and wrist. According to her father, Rochom and her sister had gotten lost in the jungle while herding buffalo, the sister has never been found and is thus presumed dead. After her discovery, attempts were made to try and get Rochom to readjust back to village life. When she was found, her vocabulary was limited to words like ’stomach-ache,’ ’mother,’ and ’father.’ In addition, a Spanish psychologist sent to study her, explained that she often muttered words that were totally incomprehensible to anyone.

Rochom Pngien was always looking at the forest side. And so, in the spring of 2010 Rochom fled into the jungle, native habitat and understandable. In June, she was again found – in the toilet, a hundred meters from the house. She cried. As it turned out, she spent 11 days in a cesspool on a 10-meter depth. Forester washed her from the uncleanness and gave he to the Spanish team of psychologists who teach her norms of human behavior.

Whenever she became hungry or thirsty she would simply indicate her need for food or liquid by pointing to her mouth. She also preferred crawling on all fours, rather than walking upright, and refused to wear clothing. Despite numerous attempts to reintegrate her back into society; Rochom routinely escapes back into the jungle. 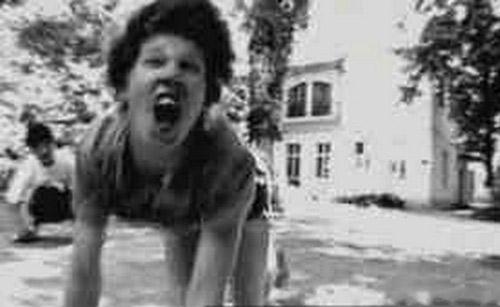 Oxana Malaya, Ukrainian dog girl. In 1992 the Odessa specialized school appeared a strange creature. Medical records stated she was a girl of eight years old. She walked on all fours, easily jumped up on the bed and on the table, baring her teeth and growling. Reluctantly used the words, but understood the other’s speech. 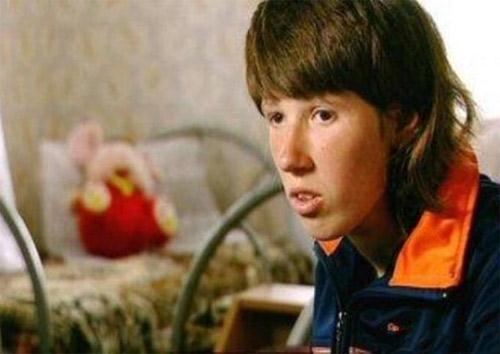 Originally the girl dog was from the village of New Blagoveschenka that is in the Kherson region. The parents were good for nothing, drinking, drug abusers. Her mother left the village, and her father married a divorcee with six children. The girl had no one to looked after, and she made friends with a couple of local dogs. They have taught her everything. 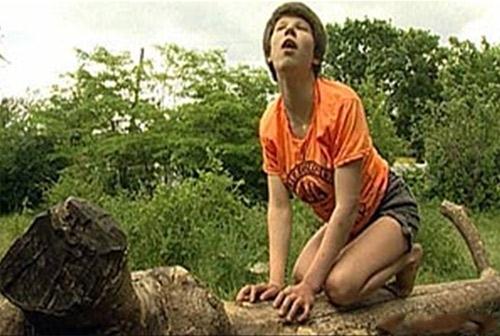 For years Oksana was humanized, taught to scribble on the machine, embroider, to count to twenty. When the TV crew arrived they asked the girl to bark, standing on all fours, and then she was about to run wild back. Grown-up girl was transferred to a boarding school for adults, where she was allowed to communicate with the best friends – dogs. 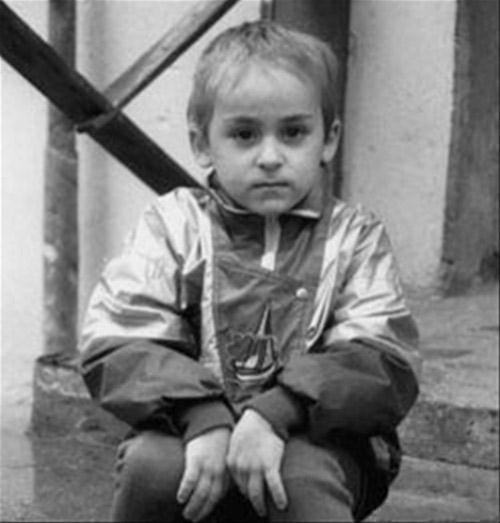 Ivan Mishukov was born in 1992. When he was four, he left his home to escape his mother and her abusive alcoholic boyfriend. Ivan gained the dogs’ trust by providing them with food, and in return he was protected by the pack. Dogs defended Vanya and warmed at winter nights. Eventually he was made pack leader. Mishukov was rescued by Moscow police in 1998, when he was six. The police separated the boy from the dogs by leaving bait for the pack in a restaurant kitchen. Prior to capture, he had escaped the police three times, defended by the pack. Because he had only lived among the dogs for two years, he relearned language fairly rapidly. At the age of 11, Ivan entered the military school in Kronstadt. 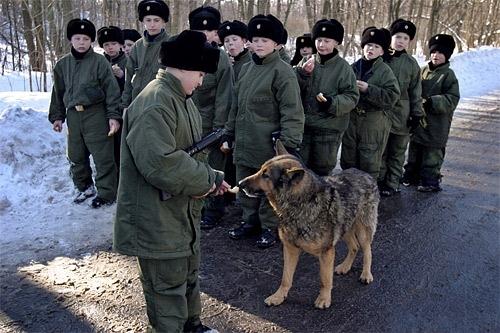 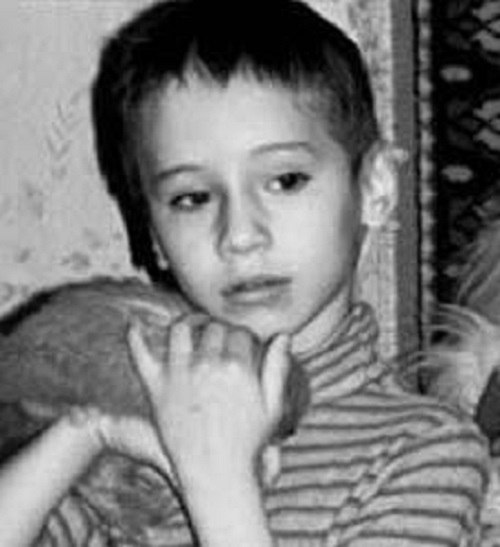 Russian boy abandoned by his mother, who speaks tweet was discovered by social workers in Volgograd. When he was found, 6-year-old boy could not speak, but instead tweeted as his friends parrots. Despite the fact that he was not physically hurt, he could not enter into normal human contact. He expresses his emotions, waving his arms like a bird flapping its wings. He was transferred to the center of psychological care, where experts are trying to rehabilitate him. 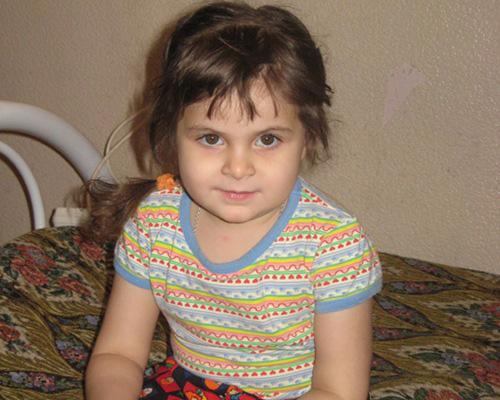 Madina, the girl who lived among dogs

The tragic story of Madina is like the story of Oxana Malaya. Madina lived with dogs, left by herself, before she was discovered at the age of 3. When she was found, she knew only two words – yes and no, but preferred to bark like a dog. Fortunately, Madina was declared mentally and physically healthy immediately after detection. Despite the fact that her development has been slow, the hope is not completely lost, and those who take care of it, believe that she will be able to lead a normal life as an adult.