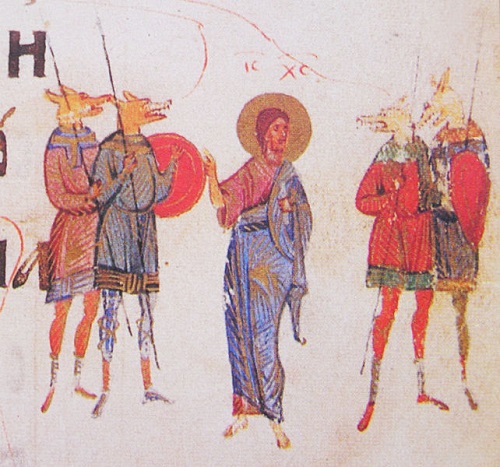 Cynocephaly dog-head humans. Christian culture faced numerous ancient legends of various antropozoomorph beings, raised the question of their belonging to the human race: the question naturally follows from the Scriptures of Christians. This question was asked by one of the largest Christian thinkers of all times and peoples Aurelian Augustine in the early V century. Since the human race according to the Bible comes from the race of Adam, and then from Noah, whether the existence of such monstrous peoples was real? Among these peoples Augustine mentioned Cynocephaly: “And what about Cynocephaly, dog’s head, which bark and look more animals than people?” 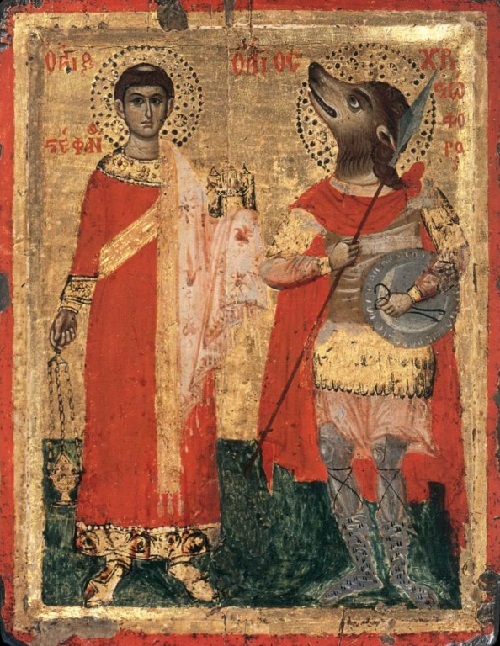 The condition of cynocephaly, having the head of a dog is a widely attested mythical phenomenon existing in many different forms and contexts. Cynocephaly was familiar to the Ancient Greeks from representations of the Egyptian gods Hapi (the son of Horus). Reports of dog-headed races can also be traced back to Greek antiquity. In the fifth century BC, the Greek physician Ctesias wrote a detailed report on the existence of cynocephali in India. Similarly, the Greek traveler Megasthenes claimed to know about dog-headed people in India who lived in the mountains, communicated through barking, wore the skins of wild animals and lived by hunting. 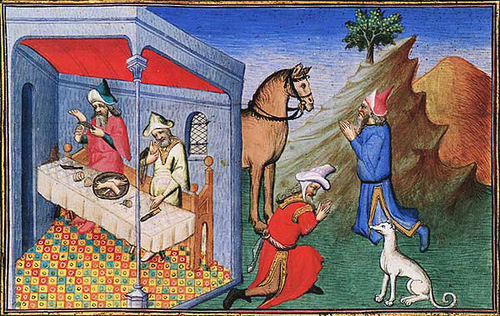 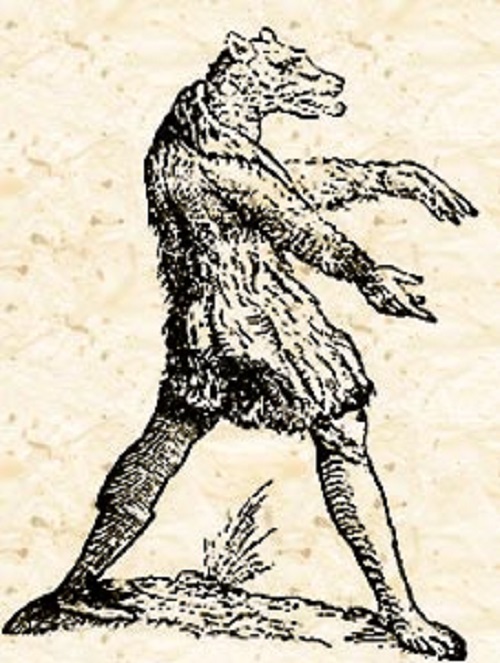 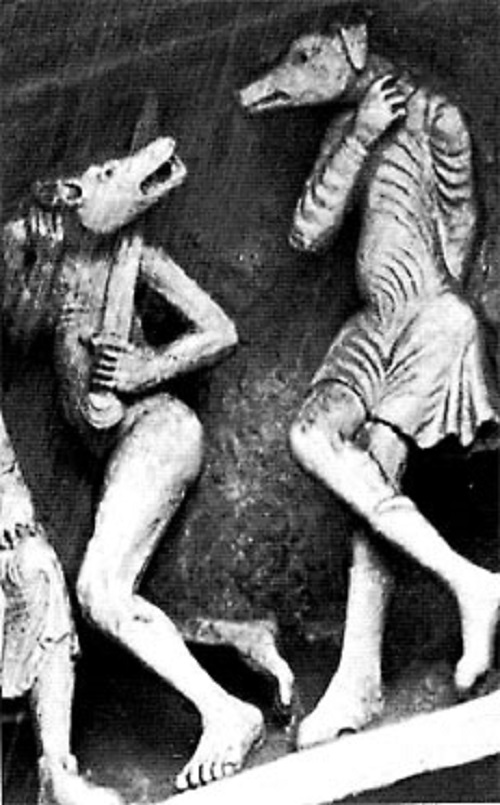 Cynocephali on the tympanum of the cathedral in Veselay, XI-XII centuries

Monstrous tribes. Illustration for ‘The Universe’ by Rabanus Maurus

Martyr Christopher Pseglavets (Cynocephal). Icon of XVII century. A rare image of Russian iconography, prohibited by the big Moscow Cathedral in 1667. His name is associated with belief: it is enough to see his image to undergo sudden death.

If the iconic image of St. Christopher with a dog’s head to the era of the Reformation disappeared almost everywhere on the east and west, the Coptic Church in the XVIII century had saints with dog heads – heirs of former Egyptian deities. On the next icon of the Coptic Museum of Cairo art depicted saints Ahraks Augani, who also has dogs’ head. 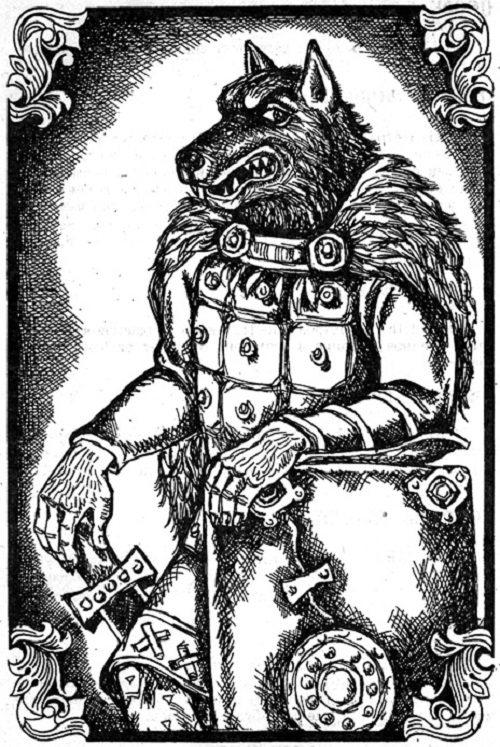 In antiquity Cynocephali do not carry the threatening fact, but rather one of the images were barbaric people and thus endowed with similar features: the inability to speak, clothes made ​​of animal skins. Finally, the third – the inability of Cynocephali to speak human language. This feature finds many parallels in the view of some nations on the other. Tendency for people speaking a strange language, draw monsters, people deprived of speech, or deformed organs of speech, or finally dumb, well known in the history of representations of many nations.