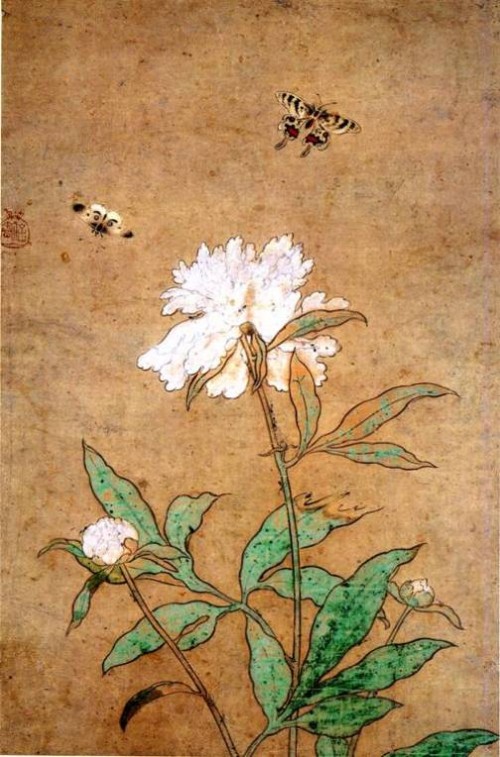 Maples and cherries painting by Hasegawa Tohaku
Hasegawa Tohaku (1539-1610), a Japanese artist, founder of the school of Japanese painting during the Momoyama period (1572-1615), marking the transition from the classical to the late Middle Ages. Power passed to the most powerful princes who brutally suppressed opponents, led the country from the ravages of civil strife. Yet this “peace” was still fragile and unstable. Samurai clans continued to build huge castles, fortresses, to be able to hide behind their walls. Monumental castle architecture reflected ​​the power and wealth of their owners. Ceremonial and accommodations in castles were decorated with panoramic paintings and screens, which covered all the walls. Often these paintings were made on a gold-leaf background. Large decorative compositions ponderously gleaming gold were painted by Tohaku.

It is believed that the famous painted sliding wall doors in the Buddhist temple Shoun-ji (1592) marked the beginning of fuoga – painting with maples and cherries. Later, the paintings were moved to Chishaku-in temple, Kyoto. On a gold background Tohaku depicted massive trunk of an old maple, Time Warp and storms. His ragged bark, broad strokes in contrast with the calm neutral background gives the impression as if rising from the gold surface. All the plants that appear in Japanese medieval poems or paintings clearly fix symbolic and sometimes religious and philosophical meaning. 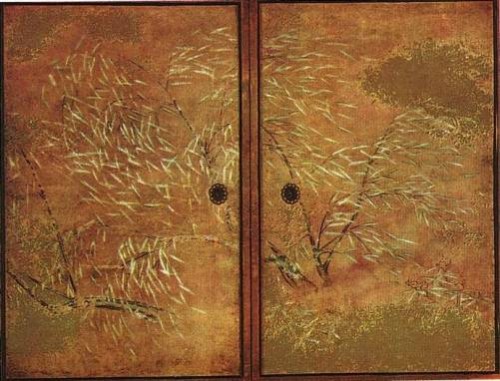 And that is why in all the works of Tohaku should distinguish several levels: on the external – specific landscape motifs, and on the internal – symbolic picture of the eternal truths of nature.

Tohaku called himself the heir of Sesshu Toyo (1420-1506 ). Tohaku was influenced by his work, and therefore considered him his spiritual mentor. Tohaku owned an extensive set of artistic techniques, drawing knowledge from masters such as Sesshu Toyo, a representative of a little-known school that is closely connected with the Daitoku-ji temple.

Long time Tohaku executed orders of Kyoto monasteries and was awarded the high monastic rank of hōgen (bridge of law, divine bridge). There he created, preserved to this day, the painting “Sakya Muni Buddha in Nirvana,” which follows the traditional Buddhist Tohaku iconography. Studying and worshiping the works of Sesshū, who was influenced by Chinese Song Dynasty landscape painting, Tohaku appealed to the origins of Japanese monochrome ink painting, thus appeared “Monkeys in dry tree”.

Painting of Tohaku differs by image vividness. Tohaku extremely skillfully used multi-tone shades of mascara. Of all surviving works most impressive is his large composition “Pine Grove”, painted on six-door screen. Six-winged screen shows several pine trees in the fog. Just a few bold spots of mascara create Tohaku poetic picture of an autumn forest, which amaze people around the world to this day. 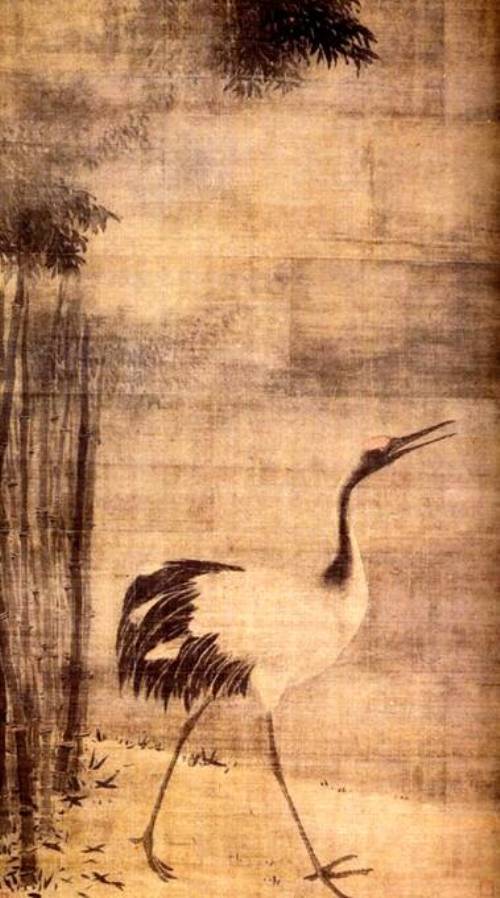 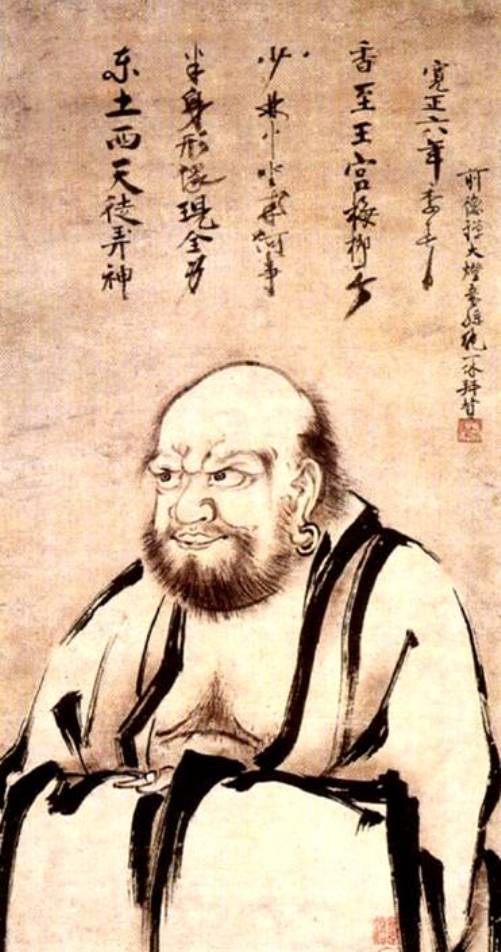 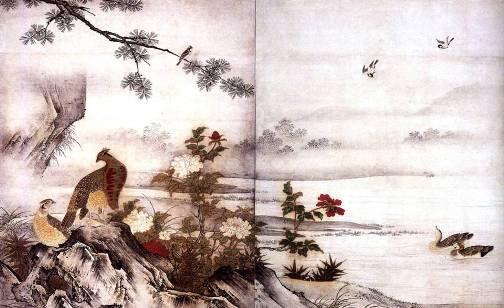 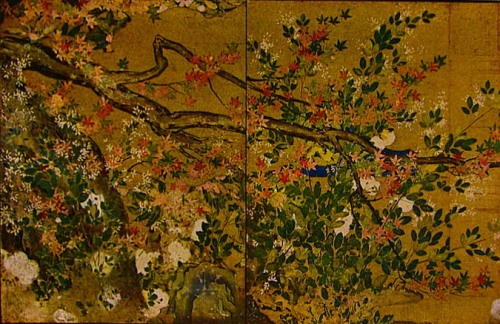 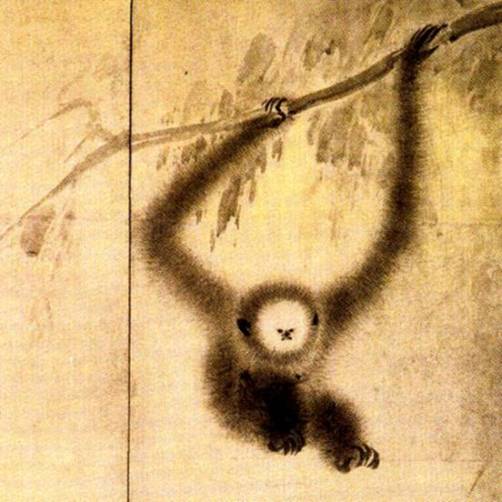 Monkey in a tree 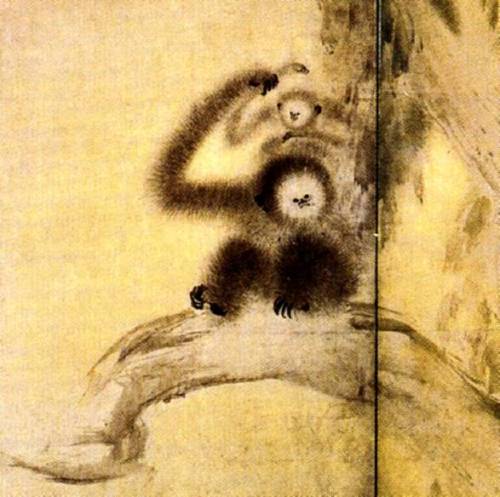 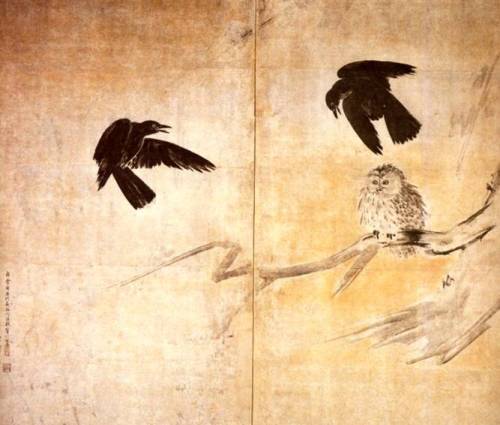 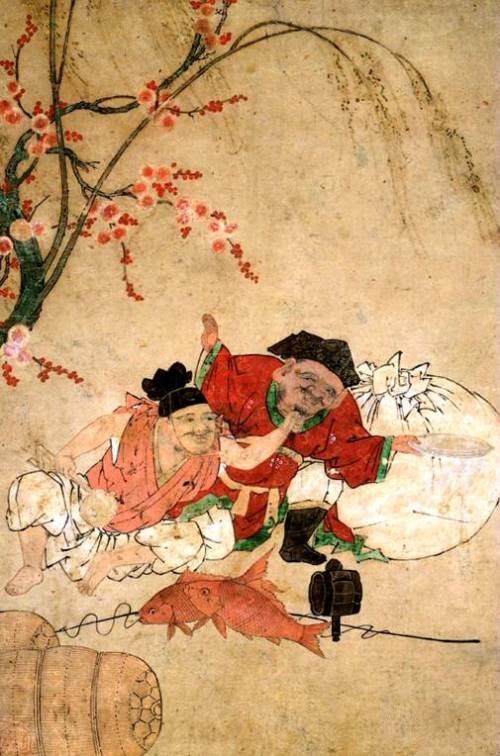