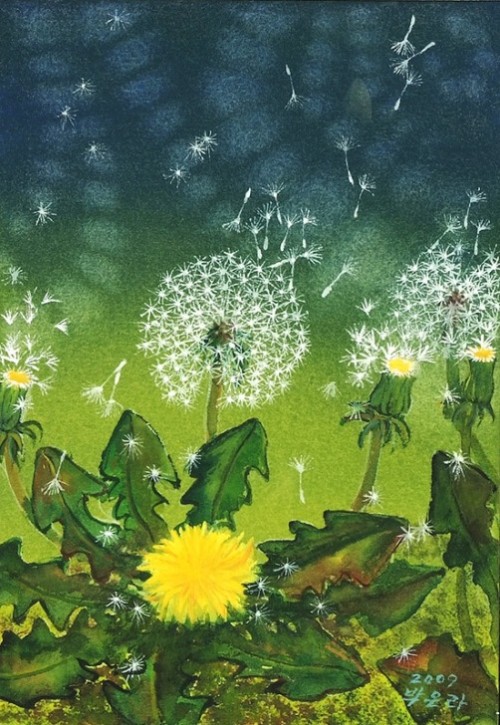 The common name dandelion came from French dent-de-lion, meaning lion’s tooth. Given to members of the genus, like other members of the Asteraceae family, they have very small flowers collected together into a composite flower head. In several European languages the plant, or at least its parachute ball stage – named after the popular children’s pastime. In particular, blowing the parachutes off the stalk. Different languages have different name for the flower. For example, Pusteblume German for “blowing flower”, soffione – Italian for “blowing”, dmuchawiec – Polish, derived from the verb “blow”, and одуванчик – Russian, derived from the verb “blow”. Dandelions – first flowers of spring. Accordingly, an inspiration for the Korean artist. 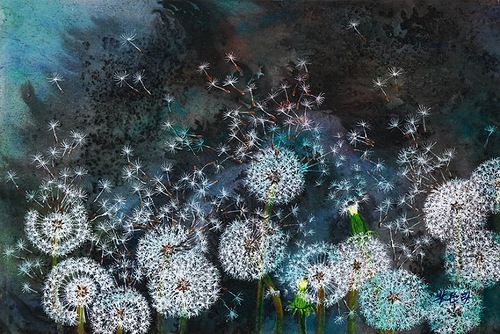 If dandelions were hard to grow, they would be most welcome on any lawn. Andrew V. Mason. 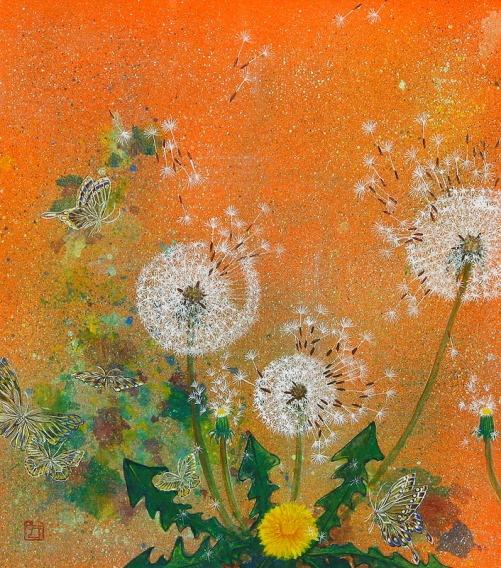 The radiant dandelion, shining in the grass, like a spark dropped from the sun. Henry Ward Beecher 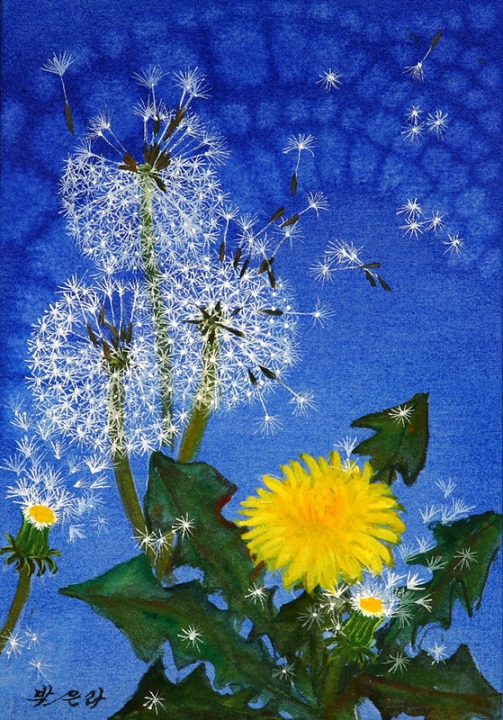 You cannot forget if you would those golden kisses all over the cheeks of the meadow, queerly called dandelions. Henry Ward Beecher 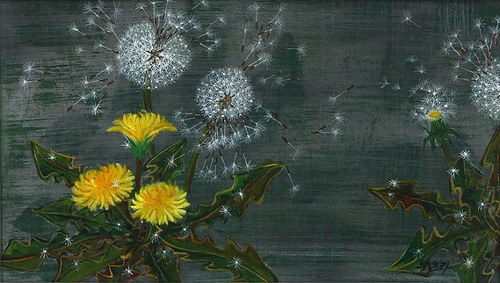 The miracles of nature do not seem miracles because they are so common. If no one had ever seen a flower, even a dandelion would be the most startling event in the world 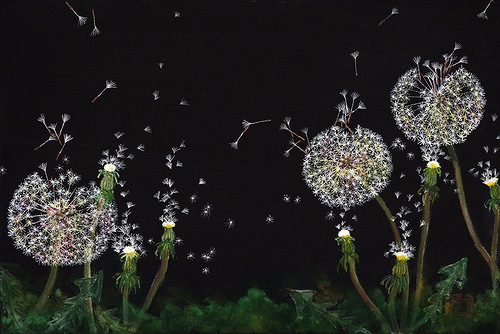 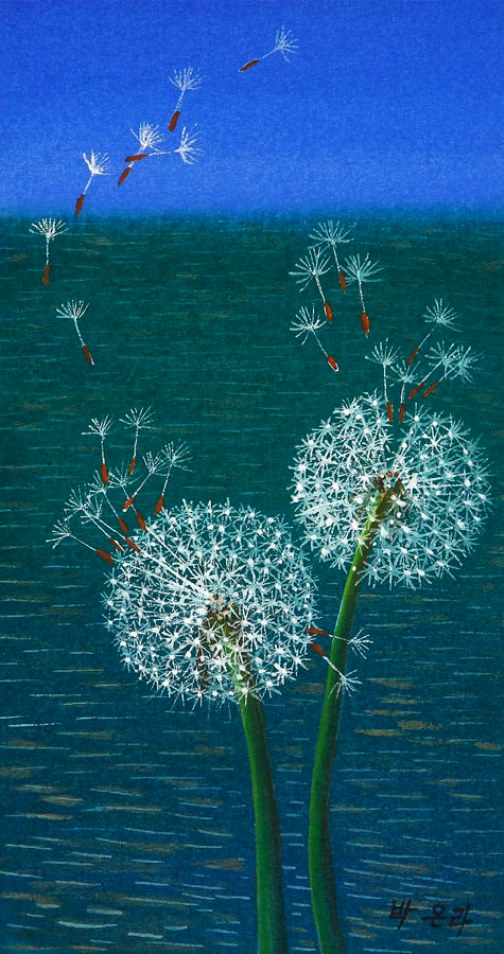 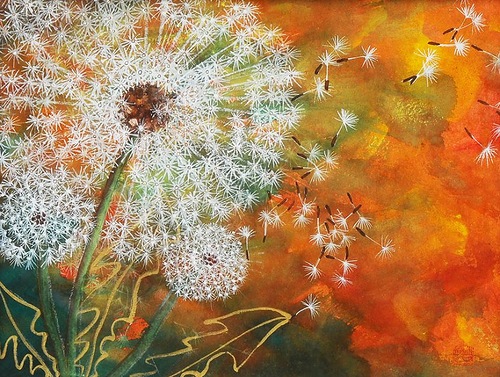 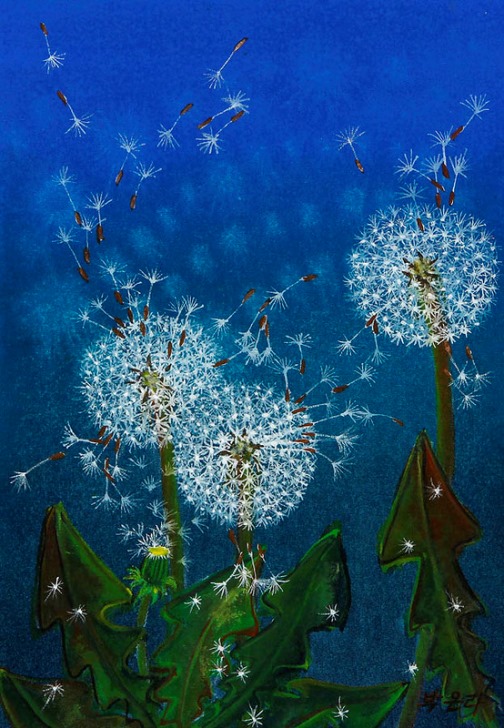 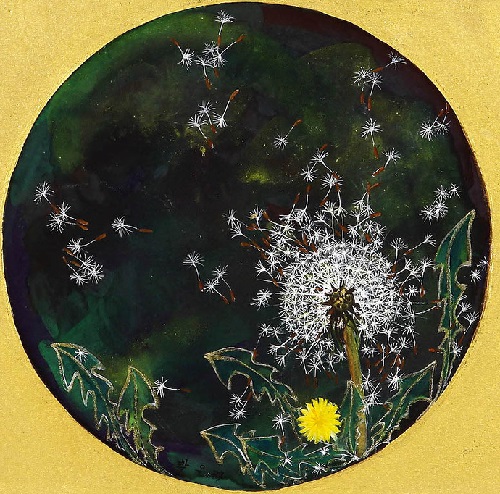 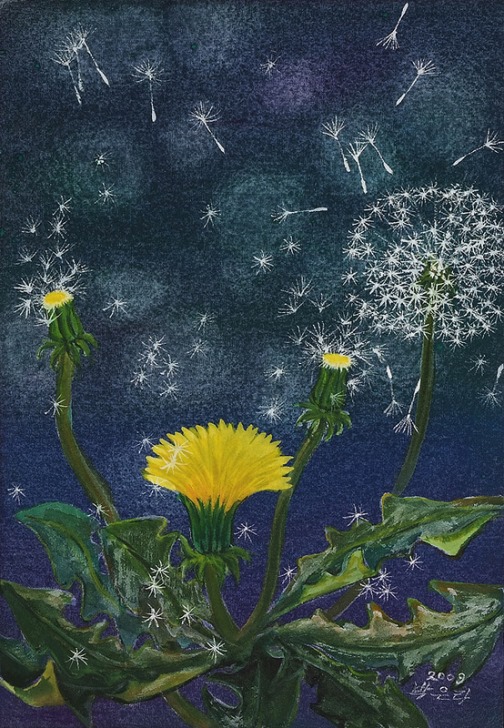 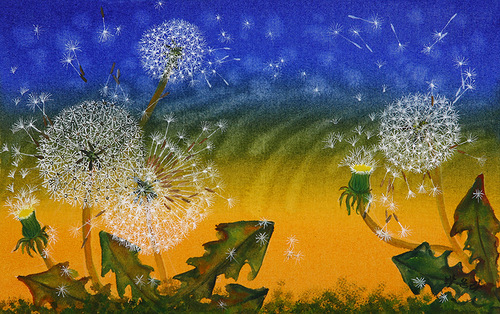 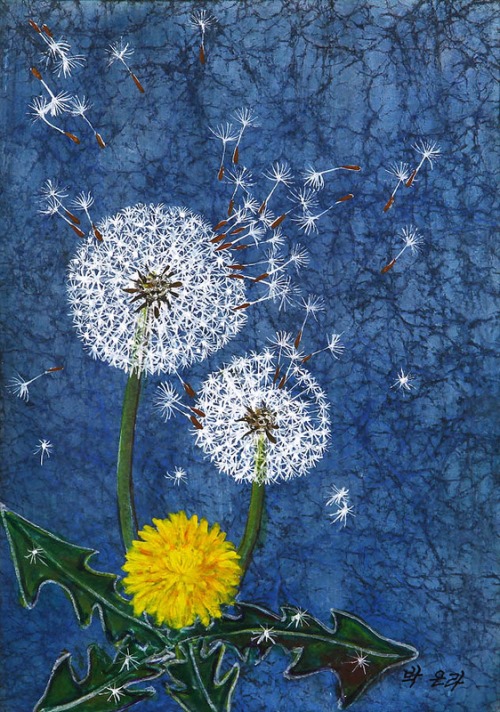 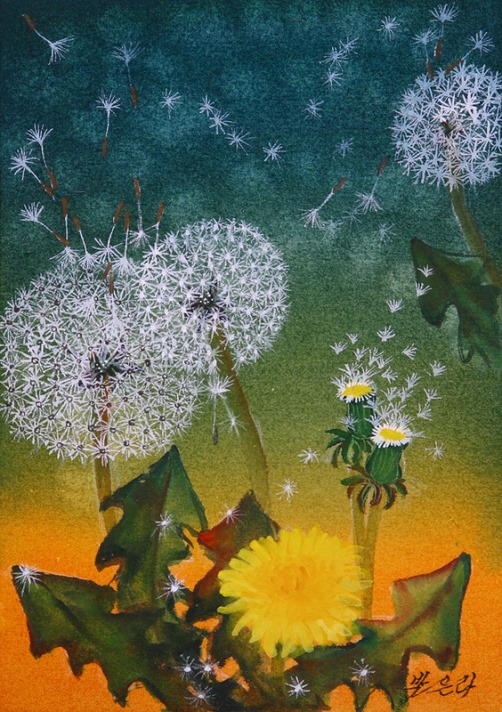 A family of Dandelions