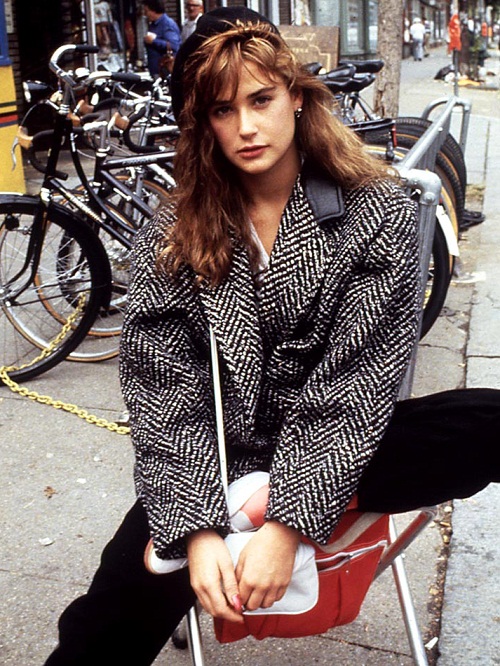 Adored by millions, Demi Moore is one of the most beautiful women in the world. This post is a tribute to my favorite actress, and contains interesting facts you probably didn’t know.
She was born Demetria Gene on November 11, 1962 in Roswell, New Mexico. Unfortunately, in her family mother and stepfather abused alcohol, and often changed their places of residence. Interestingly, Moore was cross-eyed as a child, but two surgeries corrected this. Besides, she suffered from kidney dysfunction. At the age of 16 the girl quit school to work in the model agency. And later Moore decided to star in a movie. Meanwhile, there was time when Moore was cocaine addicted. But in 1985, during the filming “the lights of St. Elmo” she got rid of addiction. At the age of 18 years she married rock musician Freddie Moore. Then, followed two more marriages. In 1987, it was the famous actor Bruce Willis, and in 2005, the comedy actor Ashton Kutcher, who was 16 years younger than her. 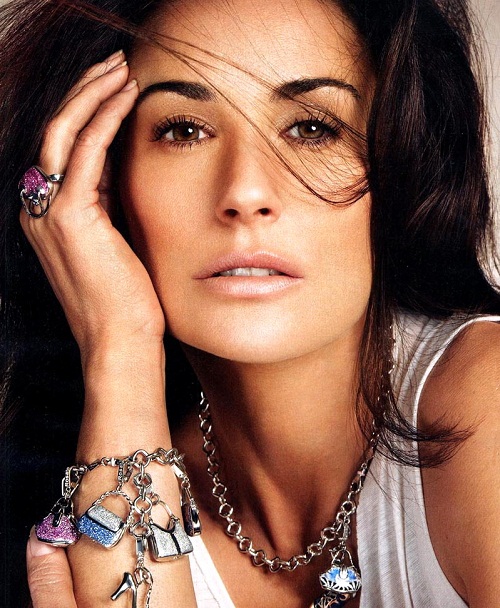 Demi has broken all records of Hollywood beauties to demonstrate nudity on the covers of glamour magazines. For the first time in 1980, the anniversary of the magazine Oui, then twice for the magazine Vanity Fair. In August 1991, Moore appeared nude under the title More Demi Moore. Annie Leibovitz shot the picture while Moore was seven months pregnant, this truly shocked the public. In August 1992, Moore again appeared nude on the cover of Vanity Fair, modeling for body painting artist Joanne Gair in Demi’s Birthday Suit. 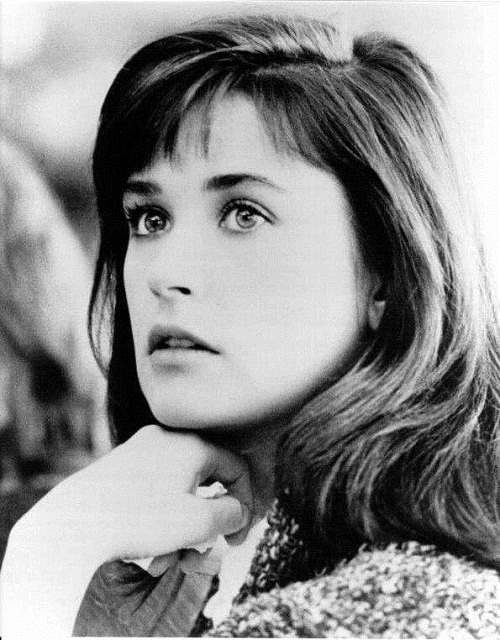 Before the release of “strip tease” the actress came to David Letterman show in a bathing suit, proving that she is not fat to play the role of a stripper! The actress was able to gain muscle mass needed for filming in Ridley Scott’s film “G.I. Jane” and gained the popularity of militant feminists.

She is a follower of Philip Berg’s Kabbalah Center religion.

Moore’s net worth is estimated to be $150 million. 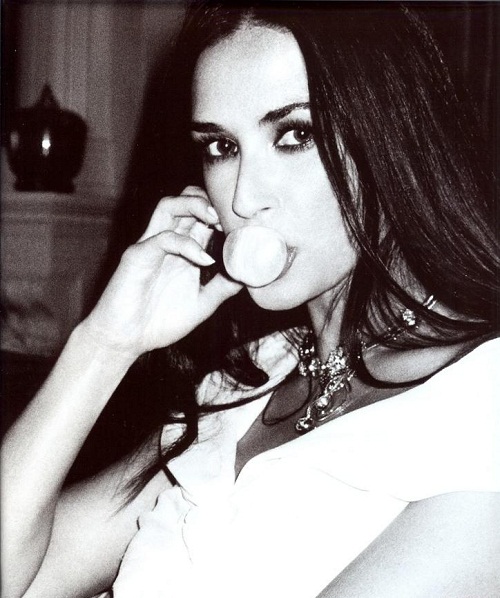 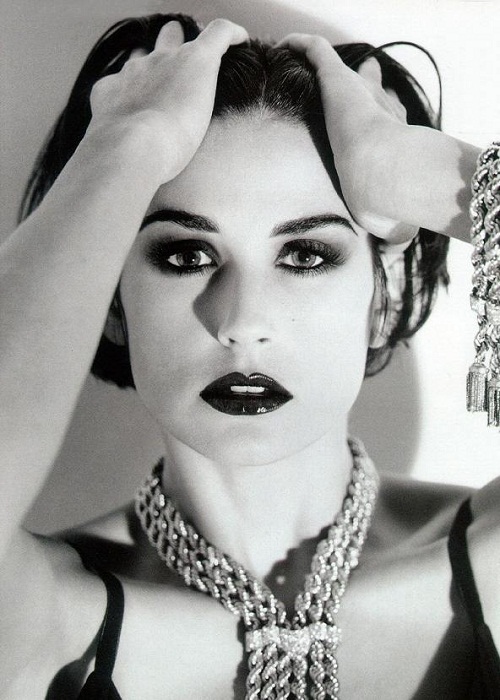 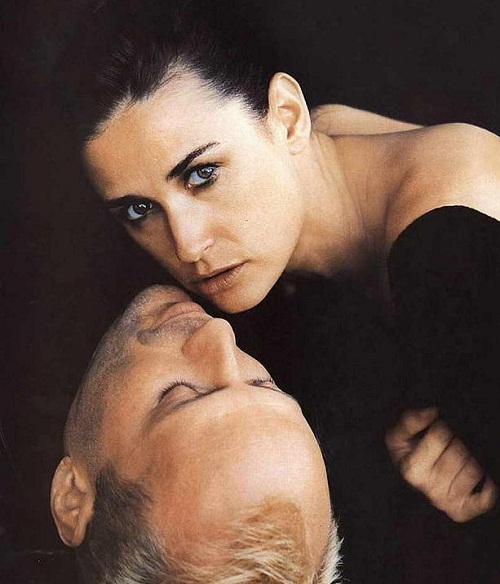 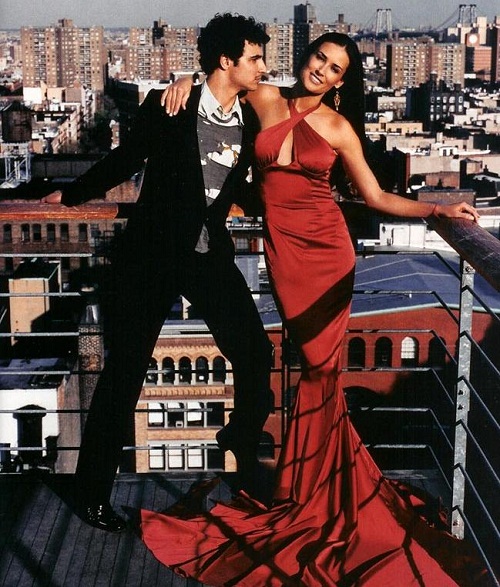 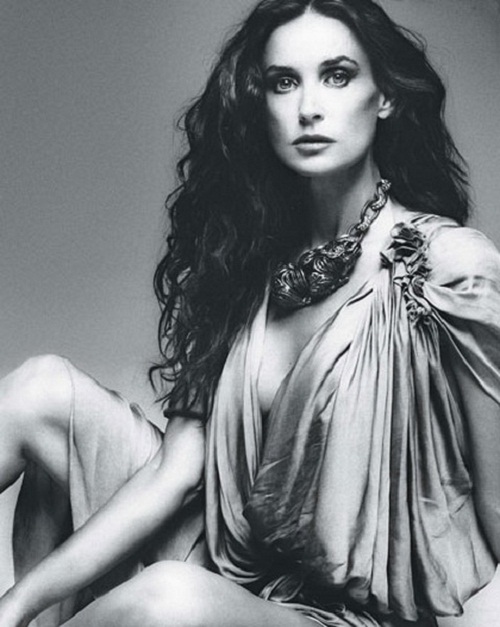 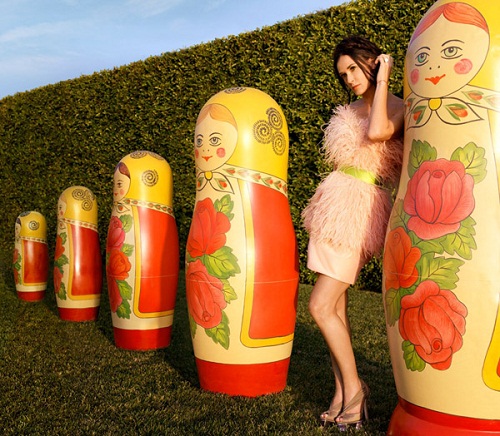 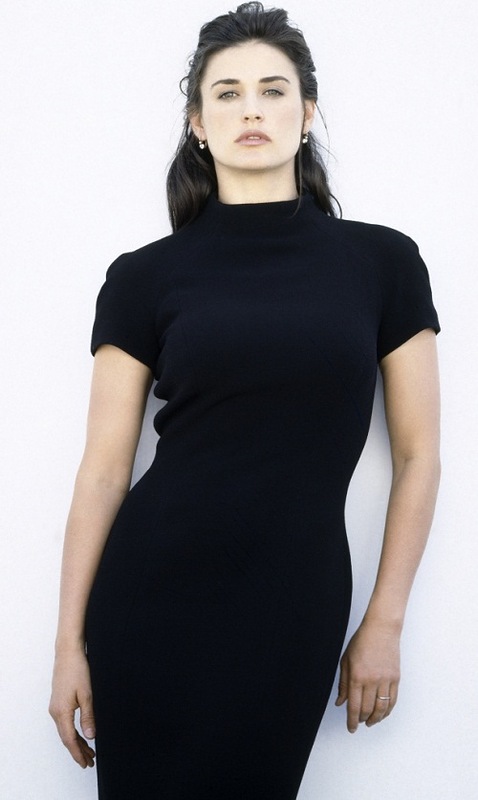 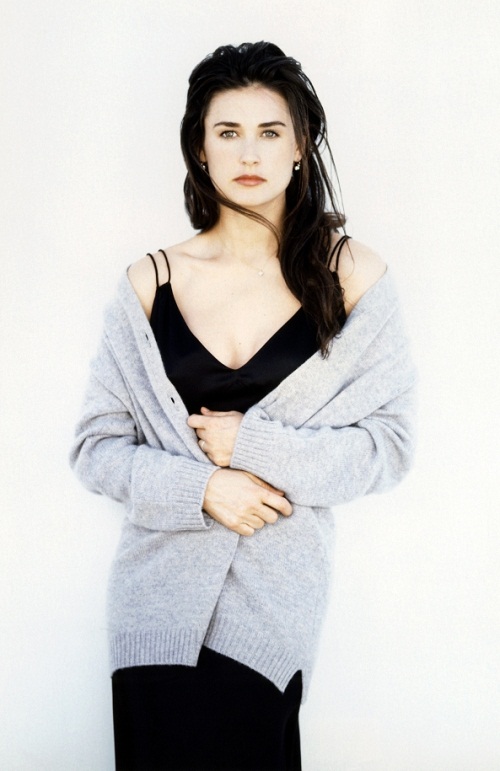 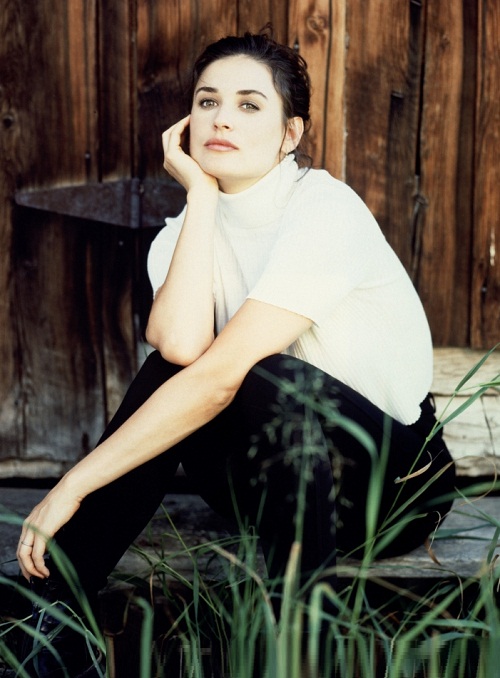 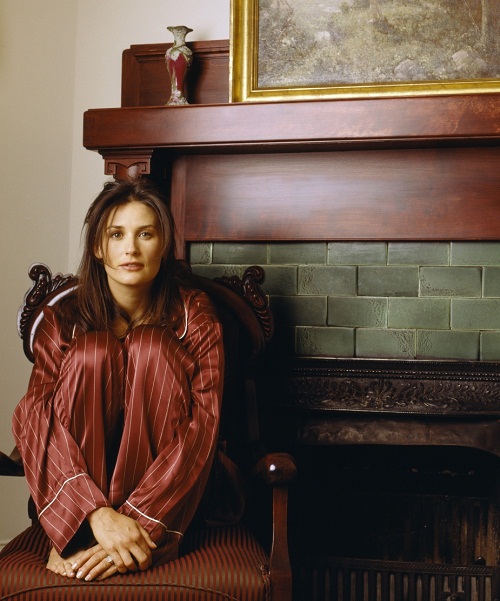 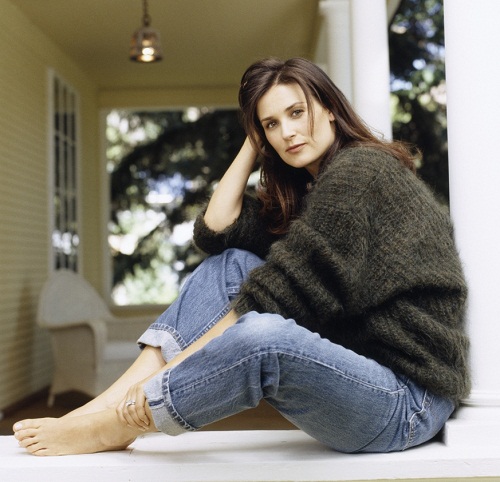 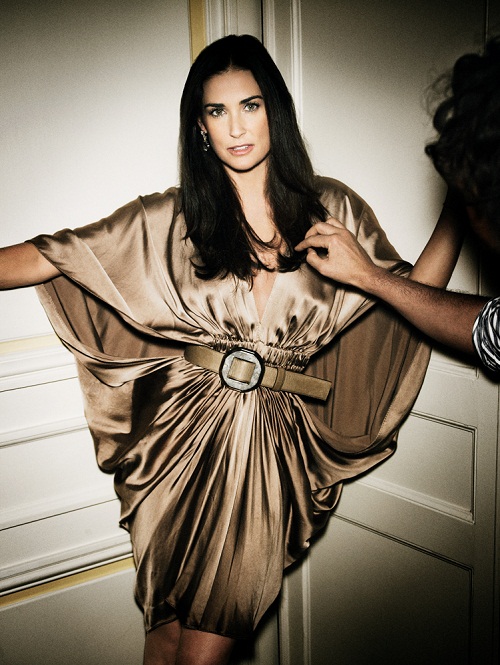 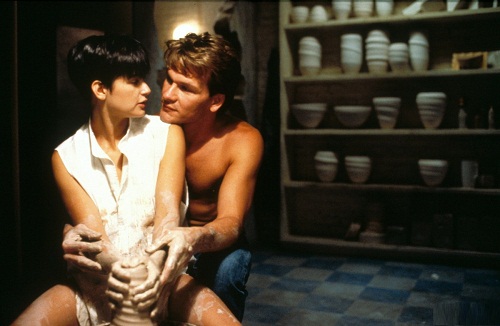 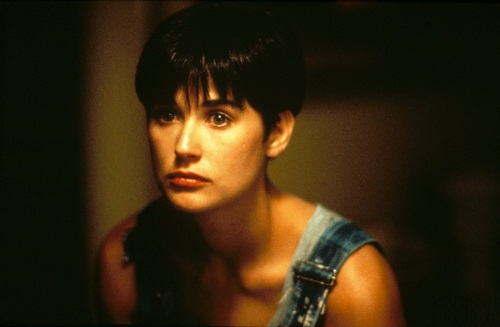 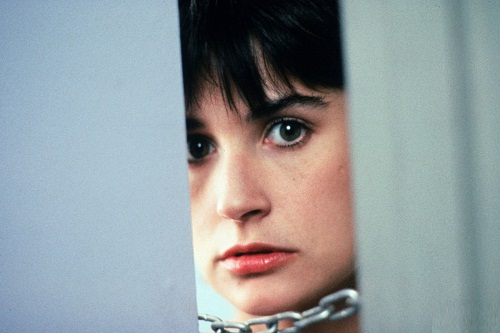 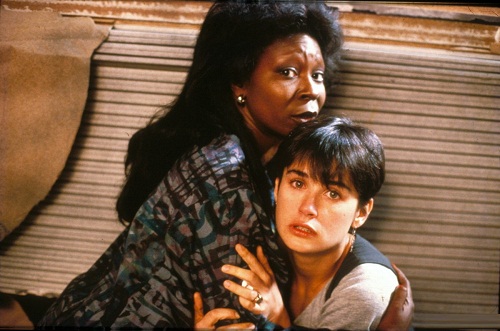 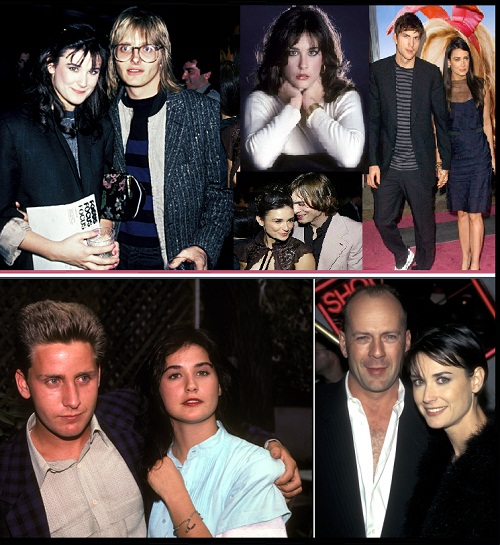 Along with Arnold Schwarzenegger, Sylvester Stallone and Bruce Willis she is the co-owner of Planet Hollywood restaurants 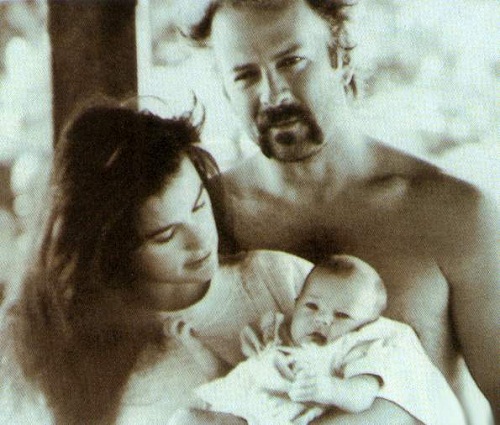 Happy parents with their daughter. Moore and Willis 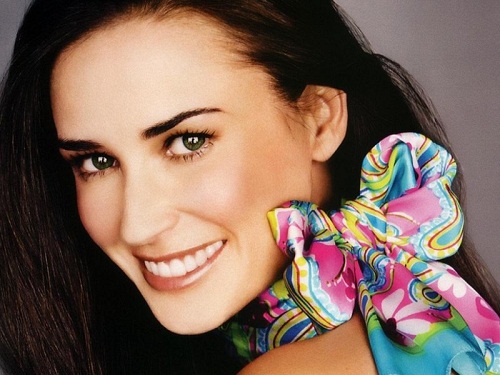 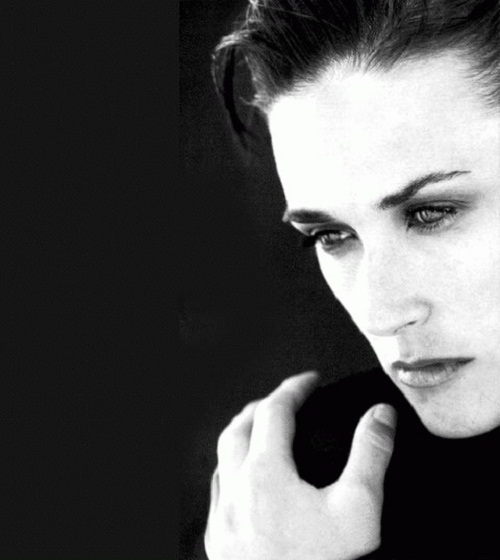 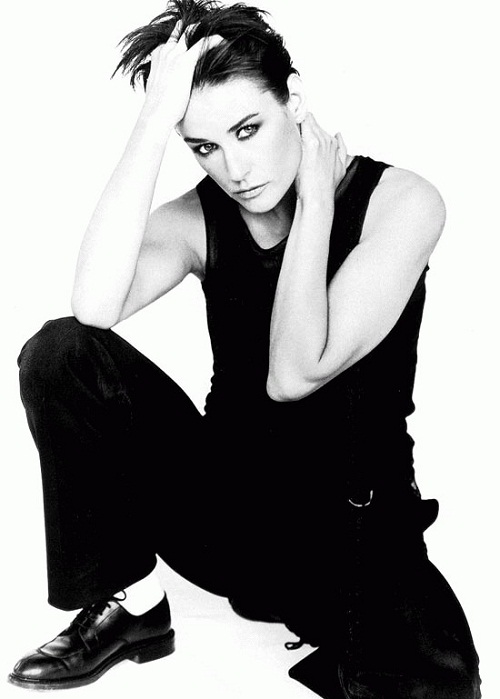 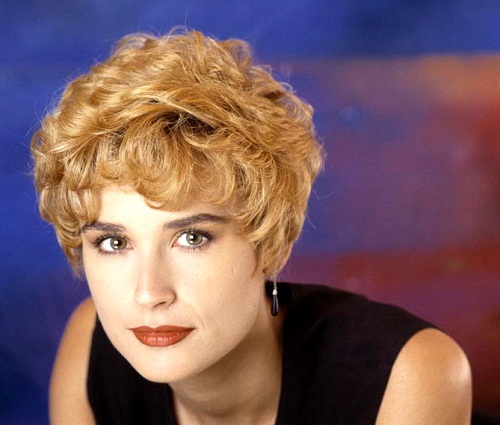 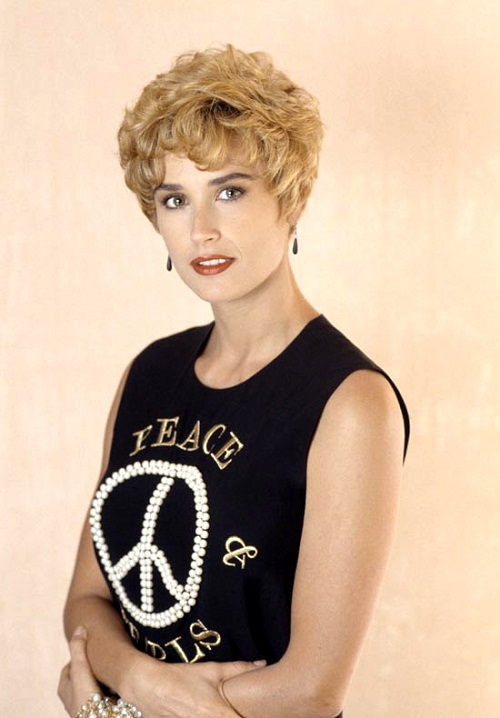 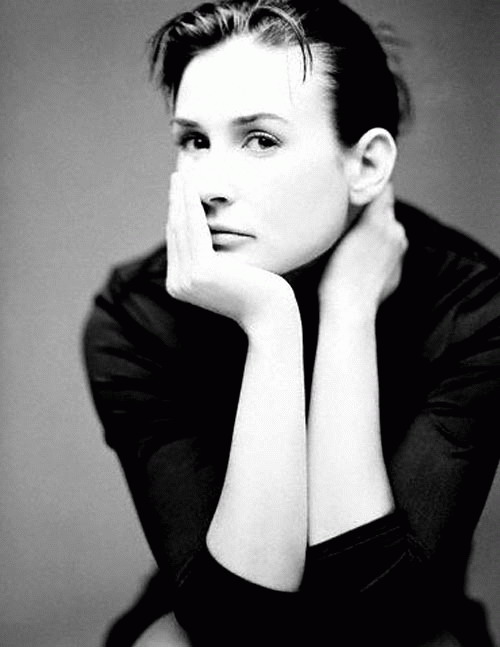 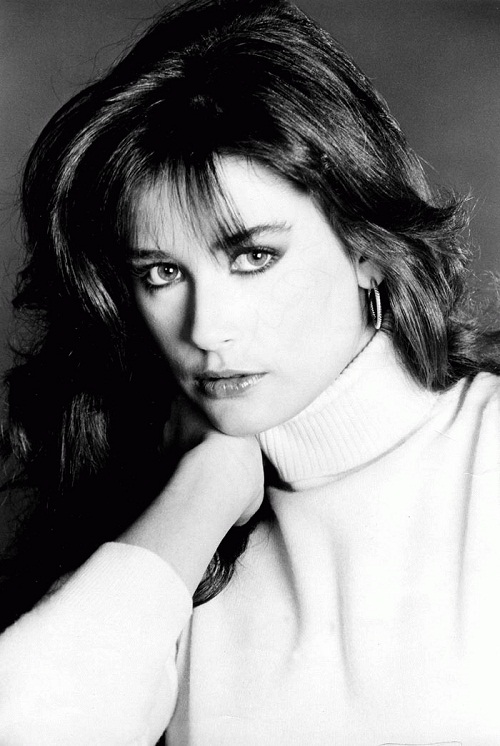