« Eiffel Tower Paris
Even now I may confess » 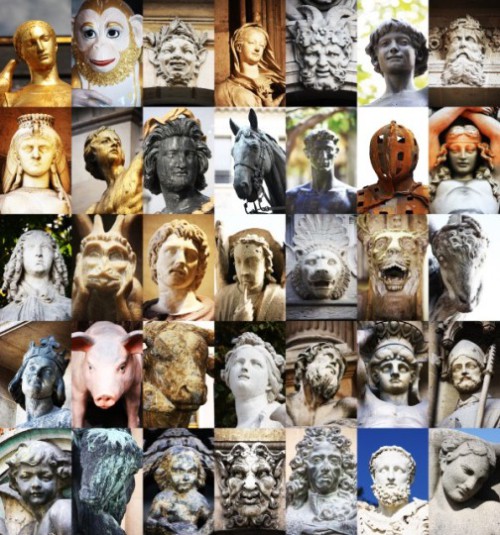 Marco Gervasio photo project
Bas-relief – a type of decor in architecture. In French it means “low relief”. The convex image stands out above the wall at half its volume. Artists and sculptors decorated the buildings with relief decoration, starting from the Paleolithic.

Canadian photographer Marco Gervasio is the author of the series of beautiful series of photographs “Paris Visages” taken in the French capital. According to Marco Gervasio, he discovered artistic and architectural beauty of Paris, focusing on the details. In particular, numerous faces of human, and animals, meanwhile “observing you wherever you go and whatever you do”. Their artful impressive heads, busts decorate buildings everywhere from parks to churches, galleries to houses. All they want from us – to notice them sometimes, just what Marco Gervasio has successfully done. 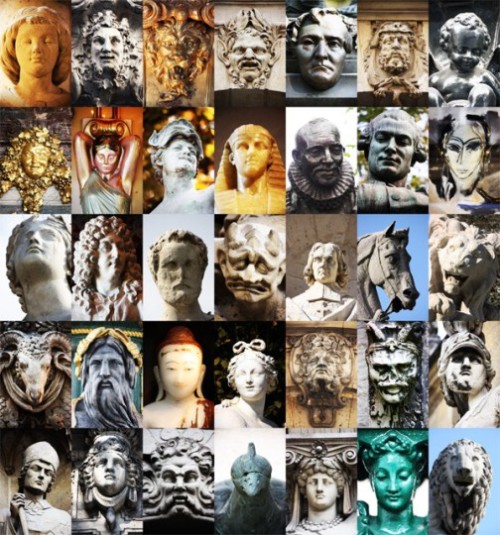 Often unnoticed, they watch us, passing by. Work by Canadian photographer Marco Gervasio

Bas-relief images are characteristic for many architectural styles, from Gothic to Art Nouveau. However, for the Gothic – it is an integral element. At the temples, the images carried not only a decorative function, but also showed biblical stories. They aimed illiterate, ordinary people to see important events from the Holy Scriptures. And such works of art still attract lots of tourists and photographers. 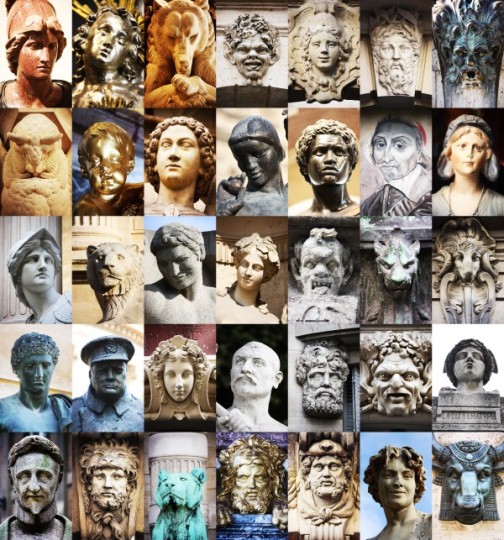 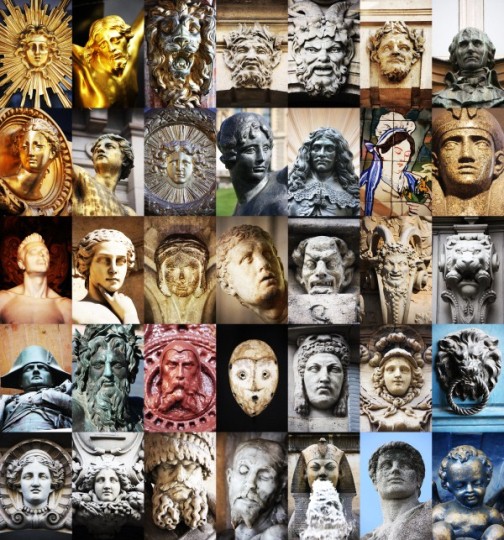 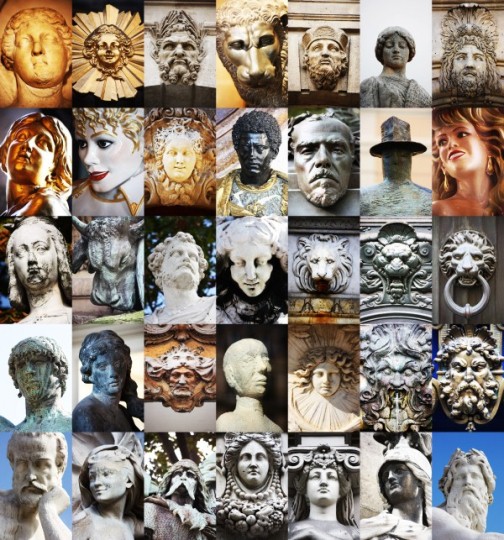 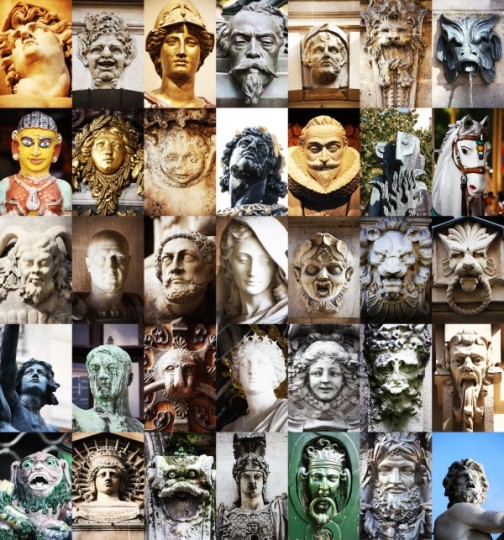 Looking from the distant past, Bas-relief Faces 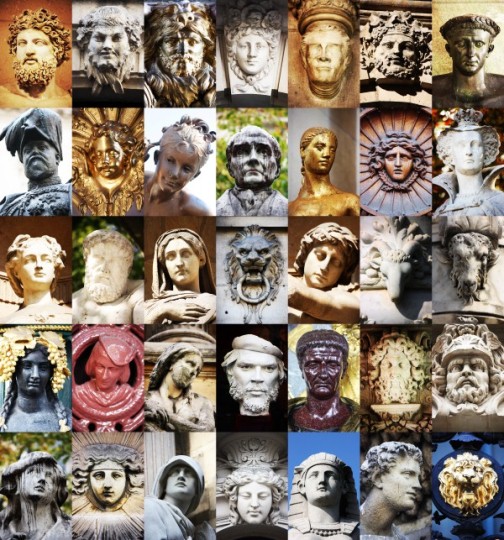 A series of photographs titled “Faces of Paris”