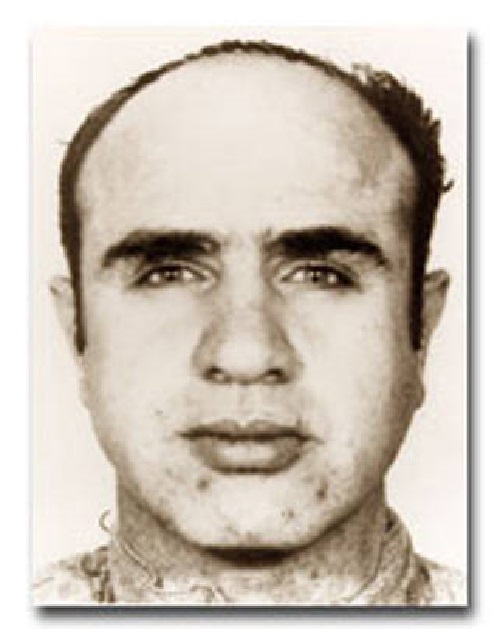 Famous American gangsters
The most influential leaders of the mafia clans who ruled the criminal world in the US in various years of the twentieth century. Alphonse Gabriel Capone was an Italian American gangster who became the boss of the criminal organization known as The Chicago Outfit. He made a fortune in bootleg liquor during Prohibition. However, Capone’s rule over Chicago stopped in 1931 when he into prison for tax evasion. And after his release he was hospitalized for dementia as a result of having advanced syphilis. Capone died in his house in Florida, never returning to Chicago after his release from prison.
Known as ‘‘Scarface’’ for the disfiguring scars that marked the left side of his face, Capone fascinated Chicago and the nation. In particular, for his combination of street brutality, stylish living, and ability to elude justice during the 1920s. Even after his conviction on charges of tax evasion in 1931, Capone remained a dominant figure in the national culture. For example, the story of his rise and fall, which author Jay Robert Nash has succinctly described as being from ‘‘rags to riches to jail’’. Also, he served as the archetype of gangster life in film and television portrayals of American organized crime.

Frank Costello – an Italian New York City gangster who rose to the top of America’s underworld. In particular, controlled a vast gambling empire across the United States and enjoyed political influence. Nicknamed the “Prime Minister of the Underworld”, he became one of the most powerful and influential Mafia bosses in American history, eventually leading the Luciano crime family.

Vincent Louis Gigante, also known as “the Chin”, was a New York Italian-American mobster in the American Mafia who was boss of the Genovese crime family from 1981 to 2005. Also known for botching the job and only grazing Costello in the head with a bullet. Costello didn’t die from the gunshot to his head, but decided to step down from his status of family boss. Noteworthy, never convicted of the crime.

John Joseph Gotti was an American mobster who became the Boss of the Gambino crime family in New York City. He turned to a life of crime at an early age. Operating out of the Ozone Park neighborhood of Queens, Gotti quickly rose in prominence. And became one of the crime family’s biggest earners and a protege of Gambino family under-boss Aniello Dellacroce. Known as the “The Dapper Don” for his expensive clothes and personality in front of news cameras. Later given the nickname “The Teflon Don” because several attempts to convict him of crimes in the 1980s resulted in either a hung jury or an acquittal.

Meyer Lansky, known as the “Mob’s Accountant”, was a Polish-born American organized crime figure. He, along with his associate Charles “Lucky” Luciano, was instrumental in the development of the “National Crime Syndicate” in the US. For decades he was one of the most powerful people in the country. Lansky developed a gambling empire which stretched from Saratoga, New York to Miami to Council Bluffs and Las Vegas.

Charlie ‘Lucky’ – an Italian mobster born in Sicily. Considered the father of modern organized crime in the US. Particularly, for splitting New York City into five different Mafia crime families and the establishment of the first commission. He was the first official boss of the modern Genovese crime family. He was, along with his associate Meyer Lansky, instrumental in the development of the “National Crime Syndicate” in the US.

The Gambino crime family is one of the “Five Families” that dominates organized crime activities in New York City, within the nationwide criminal phenomenon known as the Mafia (or Cosa Nostra). The group, named after Carlo Gambino, boss of the family at the time of the McClellan hearings in 1963 when the structure of organized crime first gained public attention. Its illicit activities include labor and construction racketeering, gambling, loansharking, extortion, money laundering, and prostitution. In addition, dumping violations, construction, building and cement violations, fraud and wire fraud, hijacking, pier thefts, and fencing. 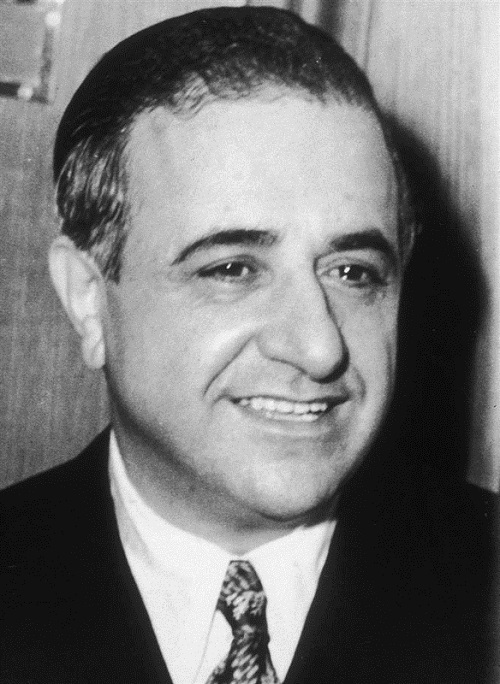 Albert Anastasia was boss of so called the Gambino crime family, one of New York City’s Five Families, from 1951-1957. He also ran a gang of contract killers called Murder Inc. which enforced the decisions of the Commission, the ruling council of the American Mafia. Nicknamed the “Mad Hatter” and the “Lord High Executioner”.

Joseph Charles Bonanno a Sicilian-born American mafioso who became the boss of the Bonanno crime family. Nicknamed “Joe Bananas,” a name he despised. Bonanno’s large cash position gleaned from crime allowed him to make many profitable real estate investments during the Great Depression. His legitimate business interests included areas as diverse as the garment industry, cheese factories, funeral homes, and a trucking company. According to belief, a Joe Bonanno-owned funeral parlor in Brooklyn was utilized as a convenient front for disposing of bodies. The funeral home’s clients got provided with double—decker coffins, and more than one body would be buried at once. By the time Bonanno became a US citizen in 1945, he was a multimillionaire.