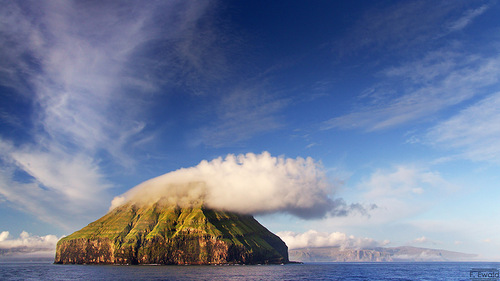 Uninhabited Litla Dimun Island and cloud
In fact, Litla Dimun – is the smallest and only uninhabited island from 18 Faeroe islands, located between Scotland and Iceland. It’s height is 414 meters. Probably because it is uninhabited and not spoiled by a man, it’s a reason for the cloud to stay and reason for island not to feel lonely. In 1918 The Danish schooner Caspe, carrying a cargo of salt, was driven onto Litla Dimun by a gale. The six-men crew were able to reach a narrow ledge just above the surf, but they had no stores, and the captain was severely injured. 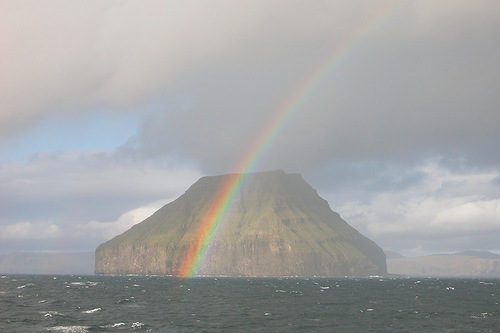 Eventually they managed to move from the ledge, and found a cabin half-way up the island which had matches, fuel and a lamp. They caught two sheep and a sick bird, and were able to survive for seventeen days before being discovered and rescued by a fishing boat. One of the shipwrecked sailors settled in the Faroes.

The sheep now living on the island are Faroes sheep, but until the mid-nineteenth century it was occupied by feral sheep, probably derived from the earliest sheep brought to Northern Europe in the Neolithic Period. The last of these very small, black, short-wooled sheep were shot in the 1860s. They were similar in appearance and origin to the surviving Soay sheep, from the island of Soay in the St Kilda archipelago off the west coast of Scotland. Soay is an island of very similar size and topography to Litla Dimun, and has similarly difficult access.

The modern Faroes sheep of the island are gathered each autumn. People sail to the island in a fishing boat, towing several rowing skiffs. About 40 people then form a chain across the island, driving the 200 or so sheep into a pen on the north side of the island. The sheep are then caught, restrained by tying their feet together, put in nets five at a time and lowered by ropes to the skiffs. Each skiff then takes its load of 15 sheep to the fishing boat, which returns to the island of Suðuroy. The sheep are unloaded on the wharf in the village of Hvalba, where they are placed in rows and distributed to their owners. A few sheep escape the gathering, and from time to time these are shot.

Museum specimens of the extinct feral sheep of Litla Dimun 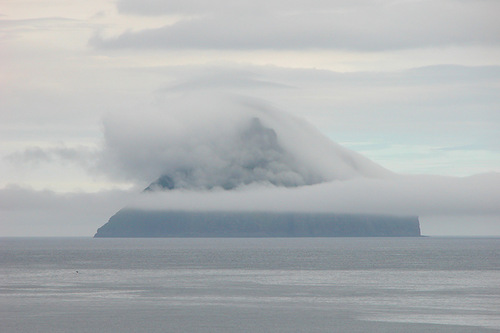 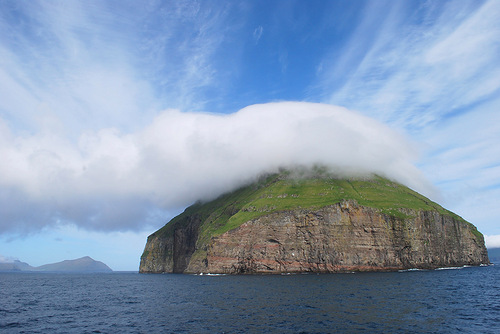 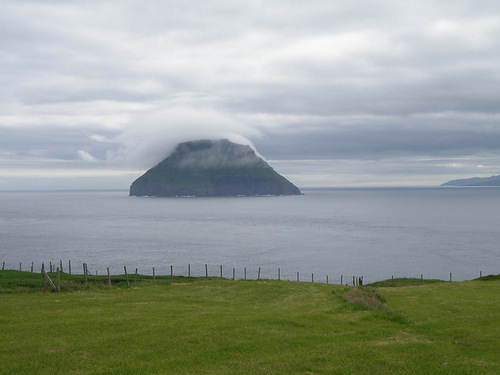