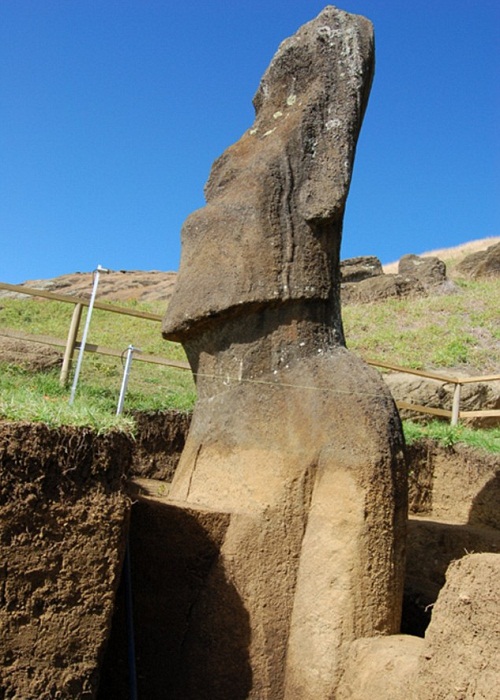 According to new discoveries, the Easter Island heads also have bodies

The Easter Island heads also have bodies
The enduring image in the public’s mind of the mysterious heads on Easter Island is simply that – heads. So it comes as quite a shock to see the heads from another angle – and discover that they have full bodies, extending down many, many feet into the ground of the island. The Easter Island Statue Project has been carefully excavating two of 1,000-plus statues on the islands – doing their best to uncover the secrets of the mysterious stones, and the people who built them.
Project director Jo Anne Van Tilburg said: ‘Our EISP excavations recently exposed the torsos of two 7m tall statues. ‘Hundreds, perhaps thousands, of visitors to the island have been astonished to see that, indeed, Easter Island statues have bodies! ‘More important, however, we discovered a great deal about the Rapa Nui techniques of ancient engineering.’ 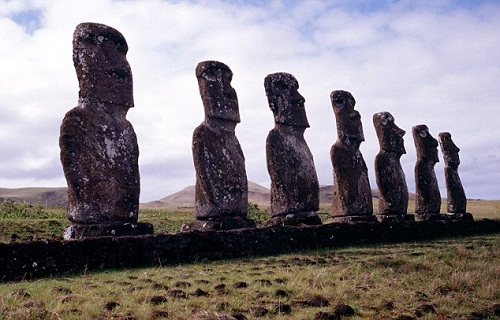 Among their discoveries, the team have discovered:
The dirt and detritus partially burying the statues was washed down from above and not deliberately placed there to bury, protect, or support the statues.
The statues were erected in place and stand on stone pavements.
Post holes were cut into bedrock to support upright tree trunks.
Rope guides were cut into bedrock around the post holes.
Posts, ropes, stones, and different types of stone tools were all used to carve and raise the statues upright.

The remote island – one of the remotest in the world, tucked away in the South Pacific Ocean – was once home to a Polynesian population, whose history remains mysterious. 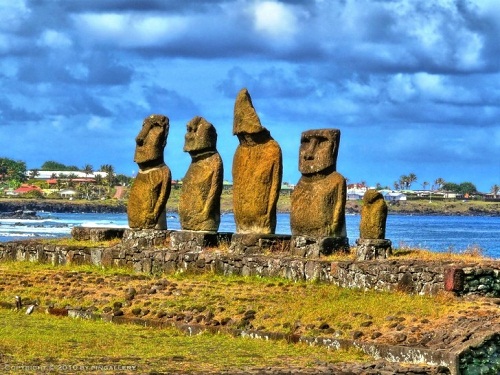 Mysterious figures on The Easter Island 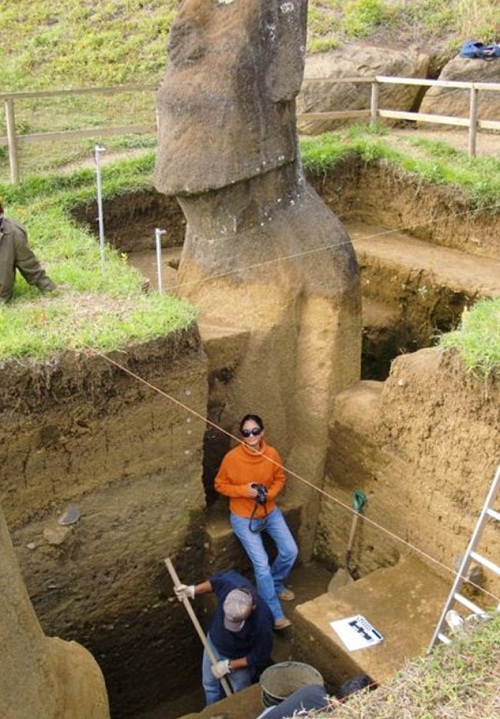 The scientists working on the Easter Island 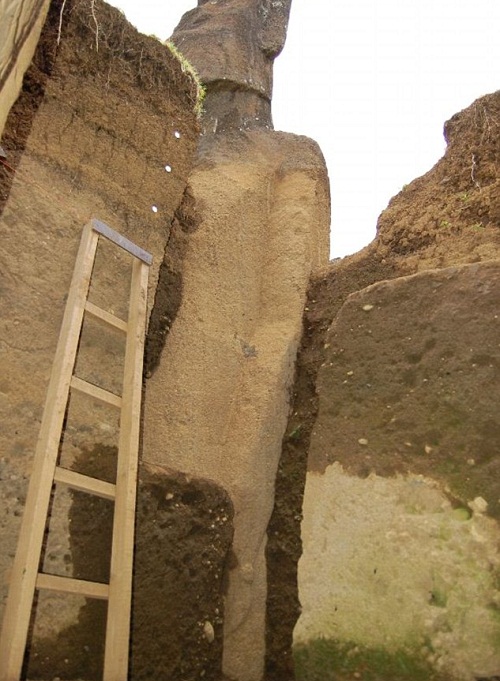 Discovered on The Easter Island bodies 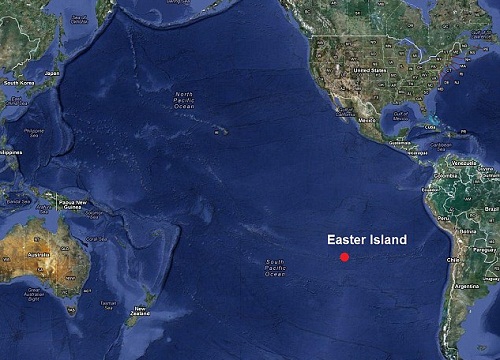 Location of The Easter Island on the map 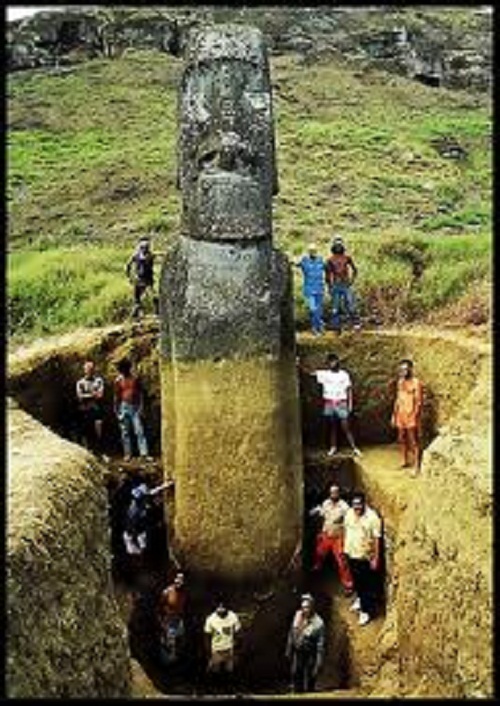 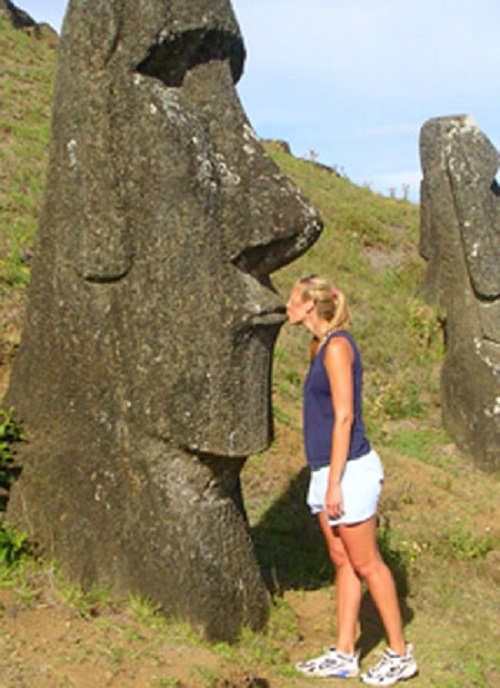