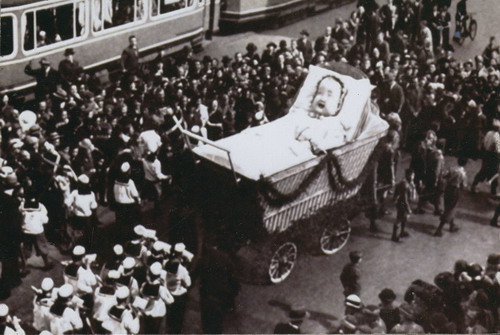 Joanna Ebensteins mysterious photo
According to Joanna Ebenstein, she purchased this picture on the market in Ohio. And since that time she tried to solve the riddle of the origin of this photo. Well, I dare to have my own theory. First of all, when I saw this picture, I had deja vu. That’s where I’ve seen it – the sailors, the carriage, the baby, and the old footage. I mean the famous scene – a carriage with a child rolling down the Potemkin stairs, the scene that makes my heart stop. The premiere took place in Moscow in the cinema “Art” on December 5, 1925, right on the 20th anniversary of 1905 revolution. Both, the revolt on the ship “Prince Potemkin Tauride” and unrest in Odessa happened in June 1905. Judging by the sailors, it is a demonstration to commemorate highly regarded in the world the first Soviet film by Eisenstein “Battleship Potemkin”. In addition, the revolution of 1905, and the legendary seamen rioters. Meanwhile, in 1958, the film became the greatest film of all time, according to the Brussels World’s Fair. 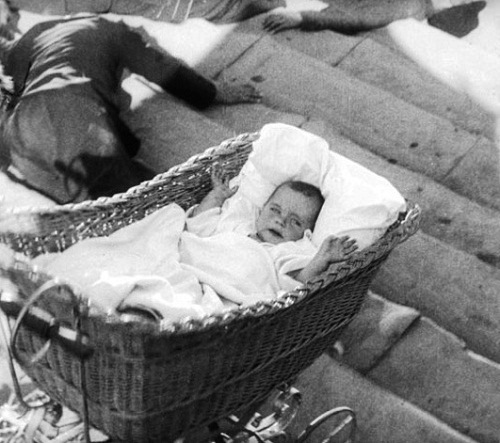 By the way, the scene with the baby carriage rolling down the stairs has become the subject of quotes and parodies in lots of films. And among them – “Return” of Battleship, “Good Bye, Lenin” by Wolfgang Becker, “The Untouchables” by Brian De Palma, “Naked Gun 33 1/3” by Peter Segal, and more. According to the Italian comedy by Paolo Villaggio “Second Tragic Fantozzi”, crazy boss makes his men to shoot “Battleship” Potemkin” again, and the stroller protagonist rolls. 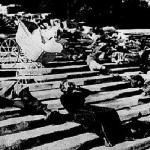 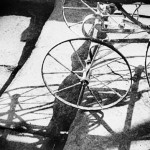 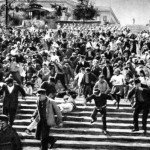 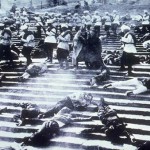 In memory of revolution of 1905 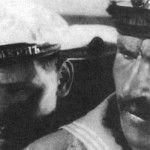 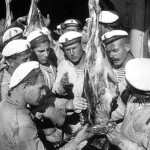 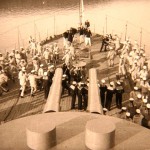 Drama on the deck 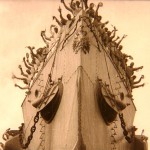 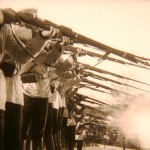 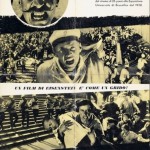 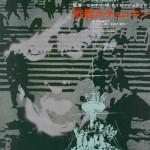 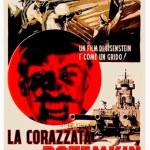 Poster to the “Battleship Potemkin”, 1925 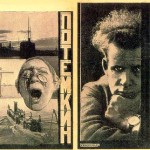