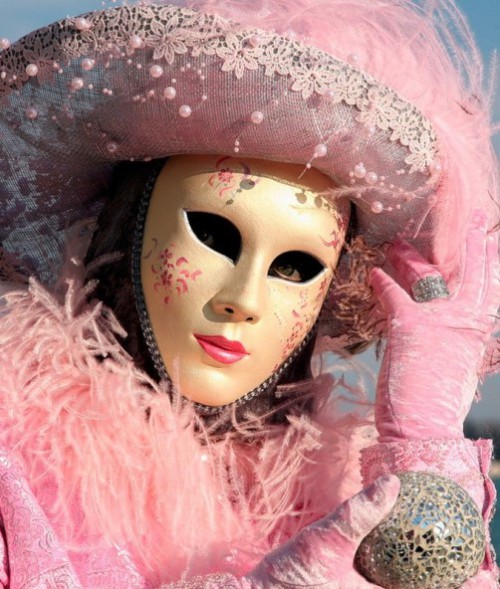 Mardi Gras means Fat Tuesday
How It All Began. Who knew? Who knew that Mardi Gras, which most people know only as a one day parade on Fat Tuesday, actually is a centuries old tradition. Besides, celebrated for weeks each year, not just one day? Who knew that Mardi Gras balls and dances shaped some cities’ social calendars? And who knew – entire industries appeared thanks to Mardi Gras?
Traced back to ancient Roman times, it was a December event combining two Roman celebrations, Saturnalia and the Sun festival. When Christianity began its ascent, it converted the Roman events into the Christmas celebration.
Later, Europe celebrated Christmas for twelve days, beginning with the day after Christmas. And culminating twelve days later on January 6. In fact, the day the three wise men (or kings) arrived at the manger to greet the eight pound, six ounce little baby Jesus. 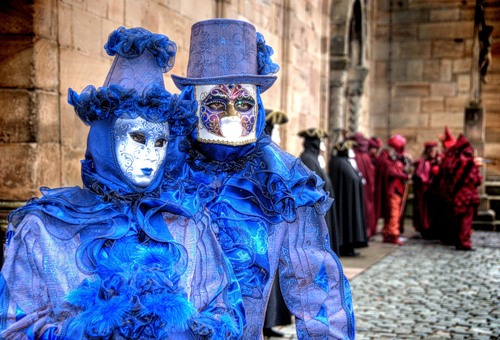 January 6 is now the start of the modern Mardi Gras (also known as Carnival) season, and is known as “Twelfth Night”. During the twelve days of Christmas, Europeans appointed a king of festivities and gave out small token gifts, in honor of the gifts brought by the three wise men.

This was the beginning of two enduring traditions, the royalty appointed by Mardi Gras societies and krewes, and the “throws” that are disbursed from Mardi Gras floats. The Europeans also had dances and balls throughout the twelve days, and a masked ball on Twelfth Night. The tradition of King Cake also evolved during this time period, when a coin or pea was cooked in a cake and then served at a celebration. Whoever got the piece of cake with the coin was crowned King of the evening.

At some point in history, the Twelve Days of Christmas celebrations were extended to last until the day before Ash Wednesday, the traditional beginning of Lent in Christian religions. Lent is a forty day long period of fasting and prayer, and people with foresight rallied on Fat Tuesday to get in all the fun they could before Lent began. The celebration of Mardi Gras was exported to America by the French. In French, Mardi Gras means Fat Tuesday, and Carnival means farewell to meat.

Mobile is credited with having the first Mardi Gras celebration in the New World, which was initiated in 1703. Societies were formed and celebrations were held over the next few years in Mobile, New Orleans and Biloxi, Mississippi. Things took a turn in 1830 when the first Mardi Gras parade erupted spontaneously on New Year’s Eve in Mobile. Yes, it was alcohol inspired. That explains why the men involved paraded with hoes and cowbells and woke the town.

Those gentlemen went on to form the first Mardi Gras mystic society, the Cowbellion de Rakin Society. The Cowbellions put on their second Mardi Gras parade in 1840, and this one was a little more formal, having a theme and floats.

New Orleans, now the center of the Mardi Gras world, started parading in 1837. In 1856, members of the Cowbellion de Rakin Society from Mobile went to New Orleans and helped some gentlemen there create the first mystic society in New Orleans, the Mistick Krewe of Comus, which held its first parade in 1857.

Some balls are still private, upscale (black tie and tails), invitation only affairs, while some are open to the public. Membership requirements in societies and krewes vary also. Some can only be joined if you are lucky enough to be invited. Others only require a membership application and payment of dues. Secret society and krewe events still play a central role in social calendars of Mardi Gras towns.

The Civil War interrupted Mardi Gras celebrations along the Gulf Coast for several years. In Mobile, the Union occupation after the war was a time of great hardship and discouragement for the defeated population. Enter one Joe Cain, a gentlemen and former Confederate soldier who was determined to lift Mobile’s spirits by reviving the Mardi Gras celebration.

Dressed up as a mythical Chickasaw chief (a jab at the Union soldiers because the Chickasaw were never defeated by Union troops) named Slacabamorinico, Cain defiantly paraded in front of the Union troops to the delight of the locals. Cain is still synonymous with Mardi Gras in Mobile. He created many of the mystic societies there and started a number of the parades that still endure. He was active in the Mardi Gras community until his death in 1904.

Cain started the Order of Myths parade in 1867, and it is still the final parade in Mobile each Mardi Gras. The Sunday before Mardi Gras is Joe Cain Day, and a parade open to anyone marches through the city.
How Rex Came to New Orleans’ Mardi Gras.

In 1872, Russian Grand Duke Alexei Alexandrovich Romanov visited New Orleans and created quite a stir, along with a lot of traditions. Legend has it that local businessmen put on a daylight parade in honor of the Duke and named it “Rex”, Latin for king. The announcement of the parade was made by newspaper ad on Lundi Gras, or Fat Monday, the day before Fat Tuesday.

The ad commanded New Orleans to shut it businesses for the day and to hand the city over to “Rex, King of Carnival.” Bands in the parade played the tune “If Ever I Cease to Love,” from the play Bluebeard, in which actress Lydia Thompson had a role. Ms. Thompson just happened to be in town for a performance during the Duke’s visit.

It was rumored that the Duke was smitten with Thompson and “If Ever I Cease to Love” was his favorite song. Legend also says that the Romanov family colors, purple, green, and gold, were adopted by the Rex organization as its official colors.

Today, Rex is still the King of Carnival, and arrives each Lundi Gras aboard a riverboat at Canal Street, where the keys to the city are handed to him. The daytime Rex parade still continues and its colors are the official colors of Mardi Gras. And yes, “If Ever I Cease to Love” is the official song of Mardi Gras. So a Russian Duke figured largely in some of New Orleans’ grandest Mardi Gras traditions. Who knew? 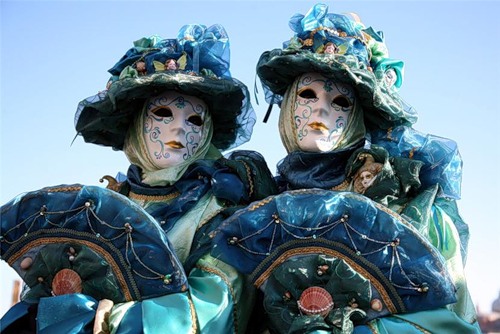 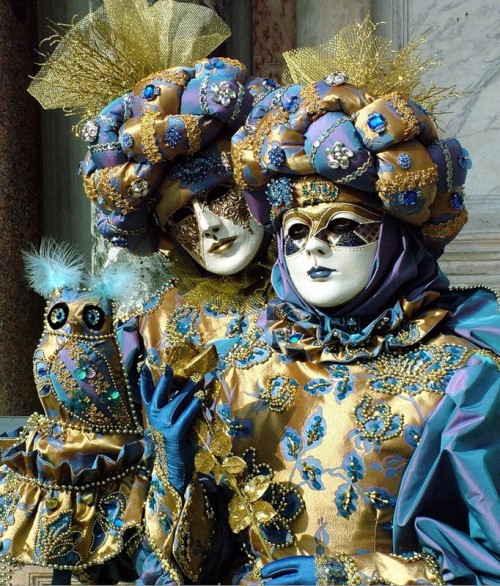 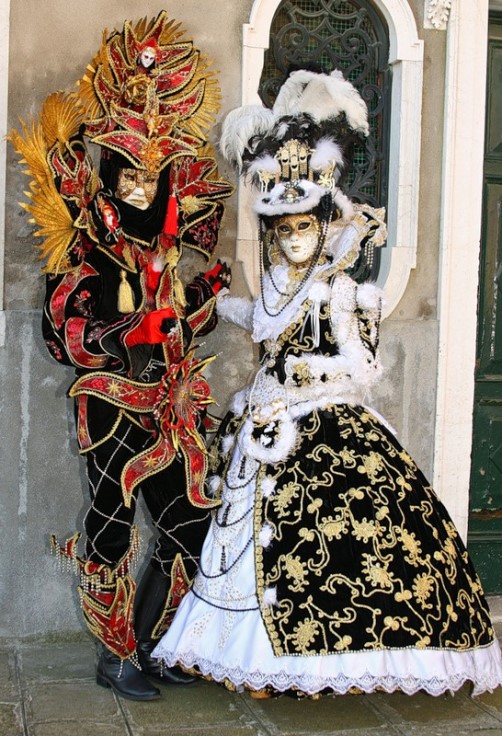 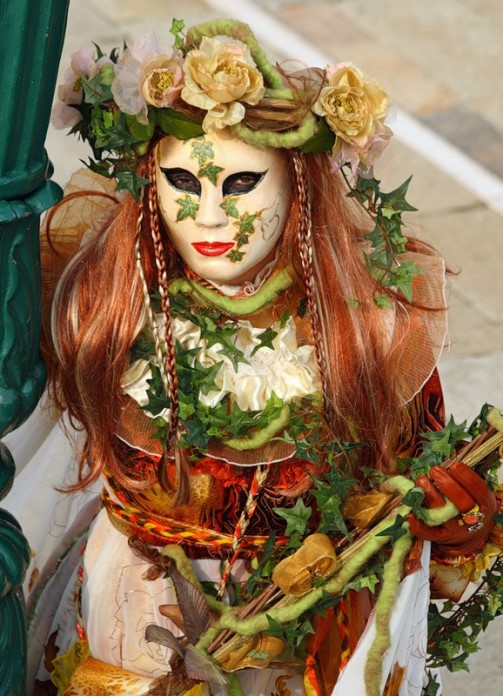 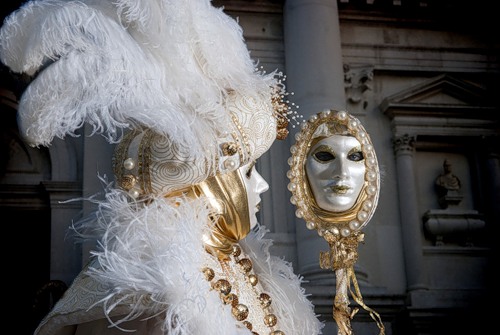 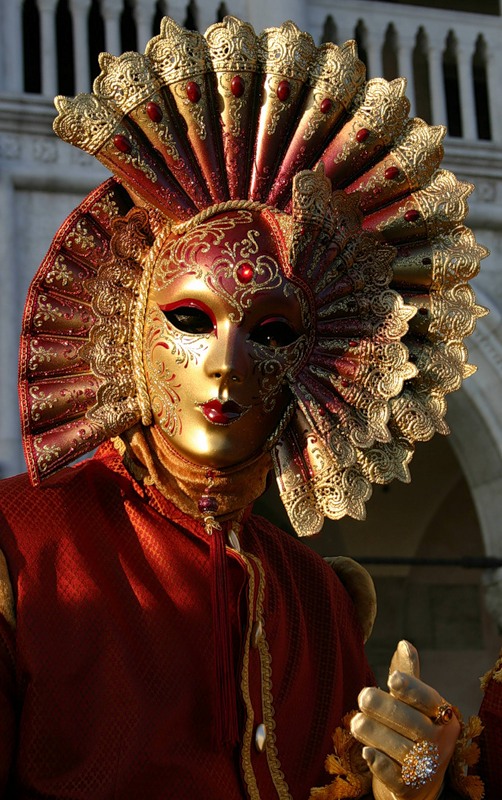 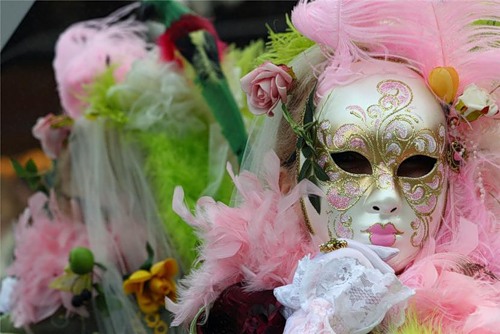 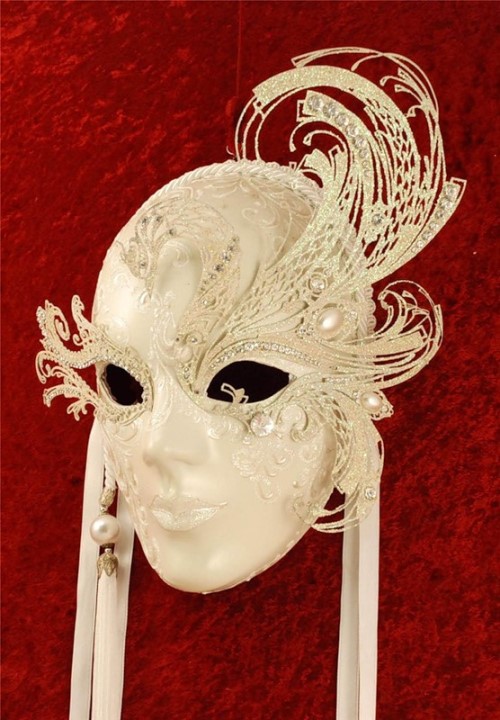 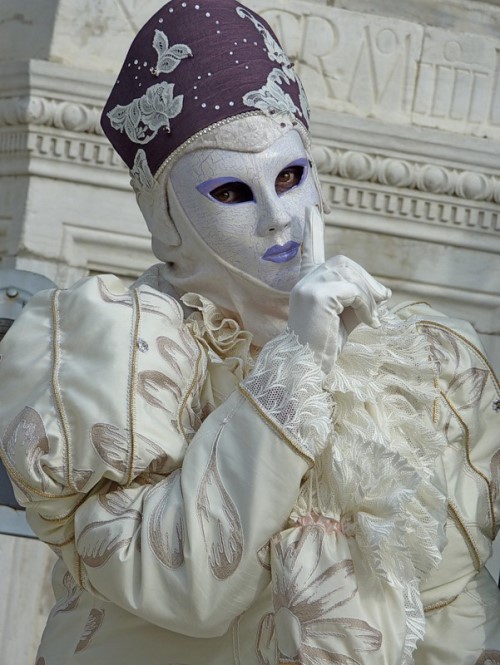 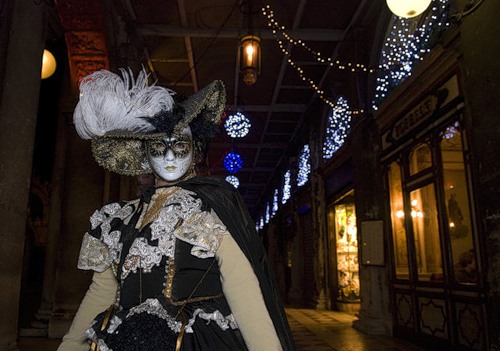 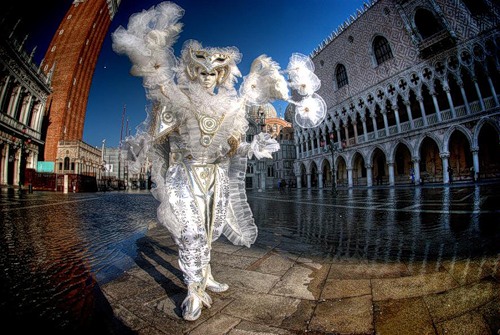 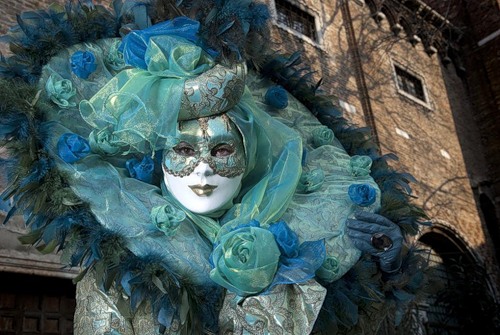 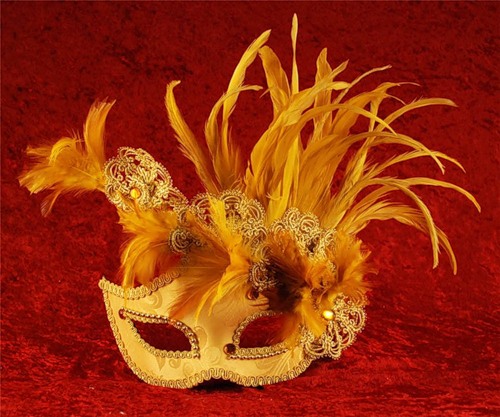 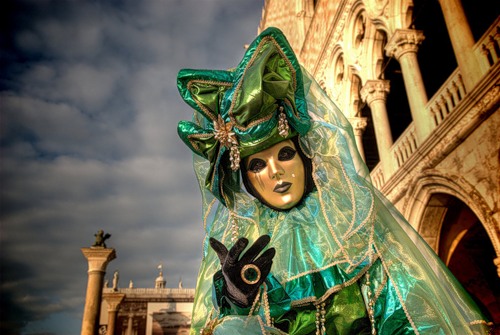 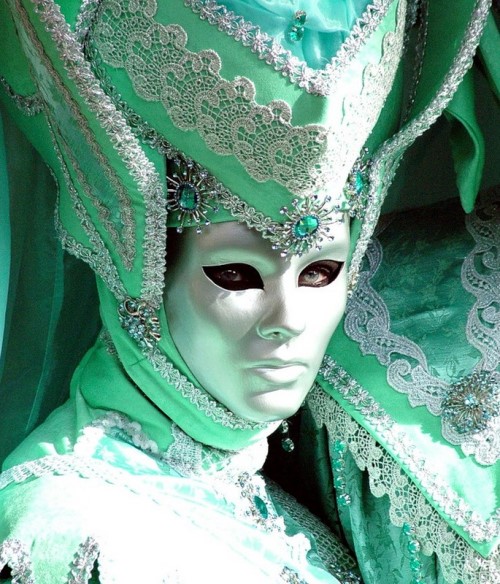 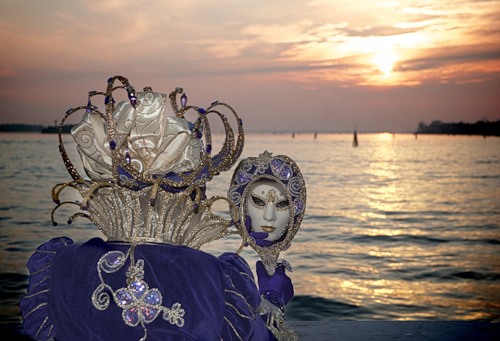 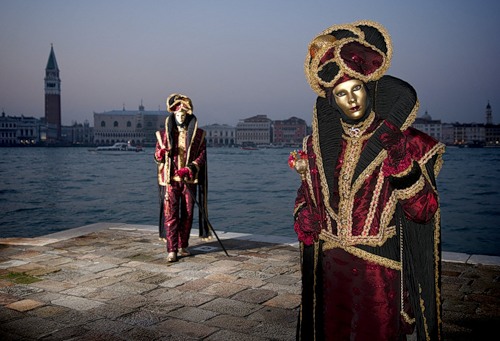 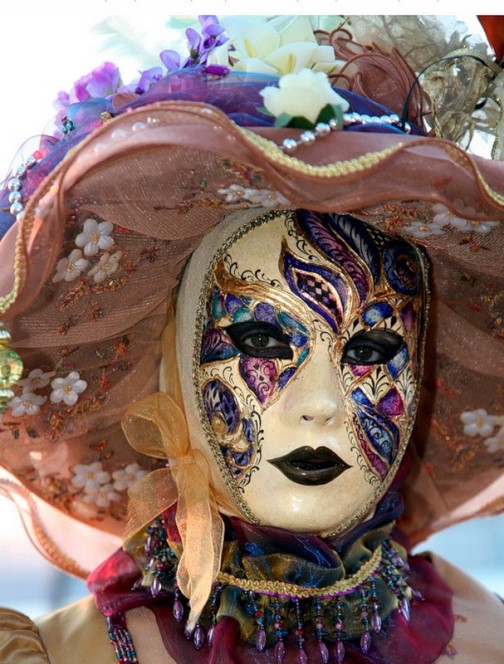