This image – called ‘View from the Window at Le Gras’ – reckoned to be the first ever taken, dated at around 1826. World’s oldest photographs

World’s oldest photographs
According to belief, the First Photograph Ever Taken is ‘View from the Window at Le Gras’ [Circa, 1826]. Indeed, looking back at XIX century, the world was a different place. Between 1815 and 1838, Belgium was the United Kingdom of the Netherlands, Greece seceded from the Ottoman Empire, and Poland was a part of Russia. As a history lover I enjoyed these first photographs of a human. They are quite stunning and mysterious, incredible. Besides, it is amazing how clear and clean some parts of them are, despite the long exposure and moving subjects. 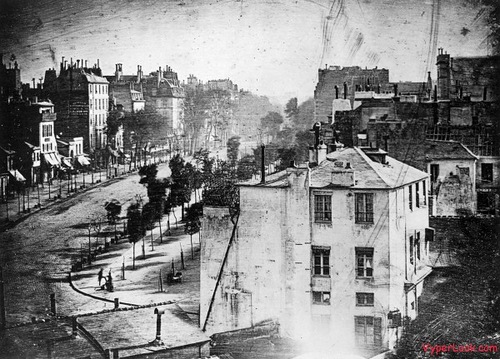 This shot, also from Louis Daguerre and taken in 1838 or 1839, features the first photographic image of a person. While the busy street appears vacant because most people were moving too fast to leave an impression during the 10-minute exposure, a man getting his boots polished in the bottom left stood still long enough to be visible.

Earliest known, surviving heliographic engraving in existence, made by Nicephore Niepce in 1825 by the heliography process. 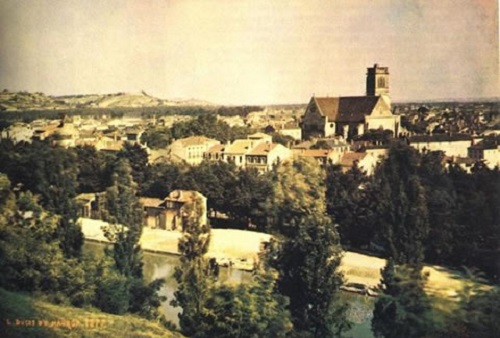 a view of Angouleme in south France

This image, another very early color photograph, dates from 1872 and features a view of Angouleme in south France.

This photograph, from French chemist Louis Daguerre in 1837, was the first ‘daguerreotype’ image – a commercially viable process which did not require multiple hours of exposure. 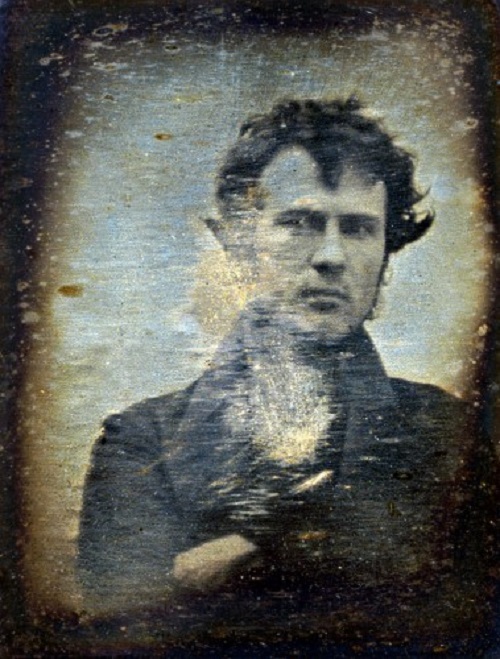 In this image from 1839, the world’s first clear human photograph, Dutch chemist Robert Cornelius took a photograph of himself.