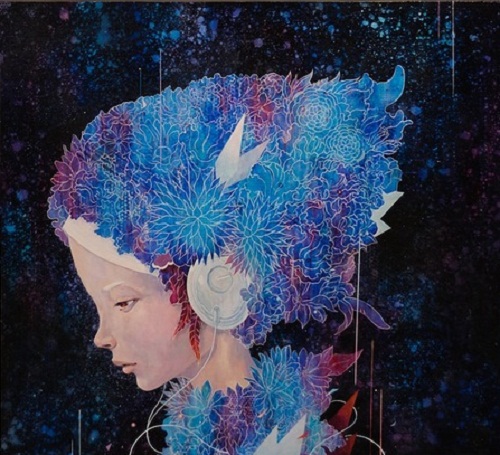 Modern Japanese Painting by Yoskay Yamamoto
A self-trained illustrator, American-Japanese artist Yoskay Yamamoto has his own style of painting. He bases his art on a combination of two different directions – cultural urban west art with traditional and mythical Japanese elements. Born and raised in Toba, Japan, Yamamoto moved to the United States at the age of 15. A self-trained illustrator, Yamamoto’s artistic tastes expanded as he fell in love with the urban culture of the West coast. According to Yamamoto, he discovered a way to fuse the two different cultural backgrounds together into his work. In particular, Yamamoto nostalgically blends pop iconic characters from his new Western home with traditional and mythical Japanese elements. Meanwhile, balancing his Asian heritage with urban pop art. 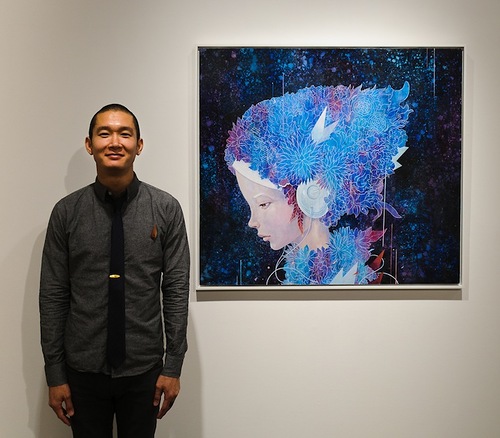 Japanese artist Yamamoto next to his painting 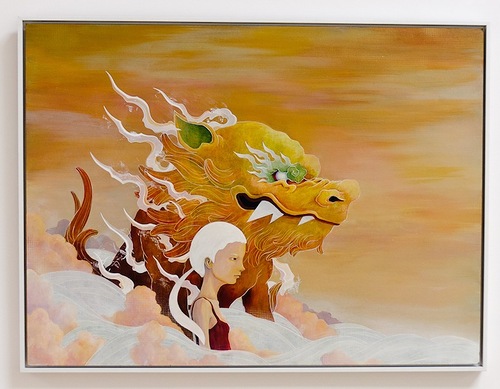 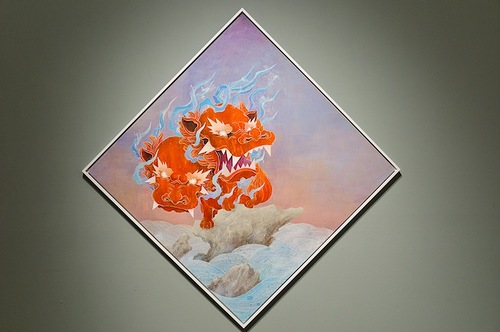 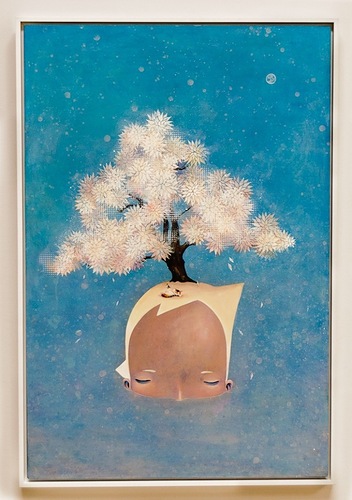 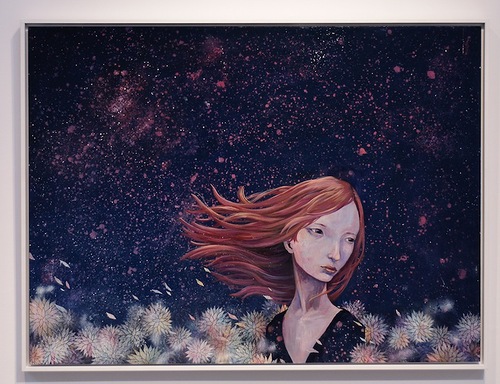 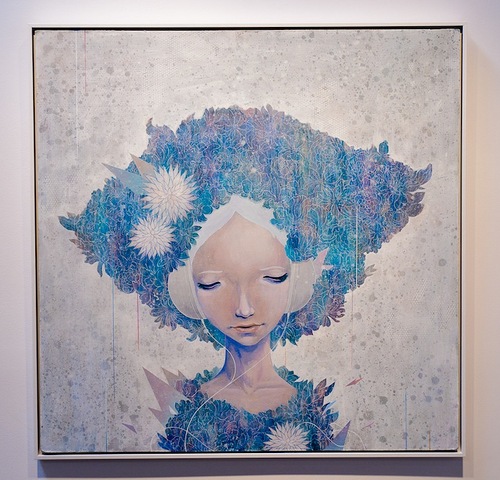 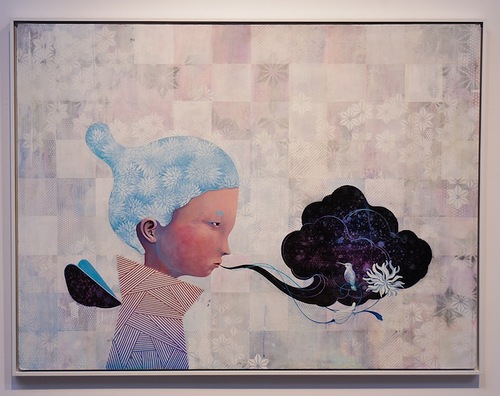 Picking up where we left off 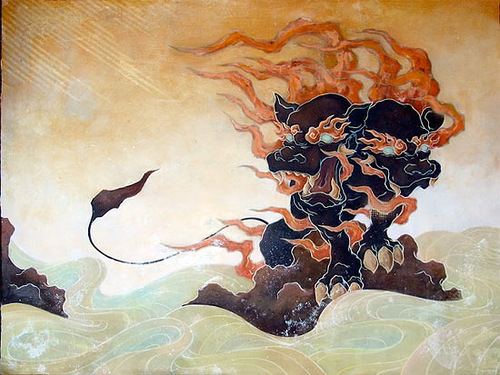 Do you mind if I stay for a bit 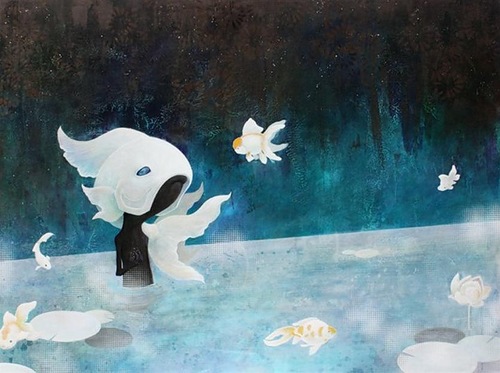 Lost or to be lost 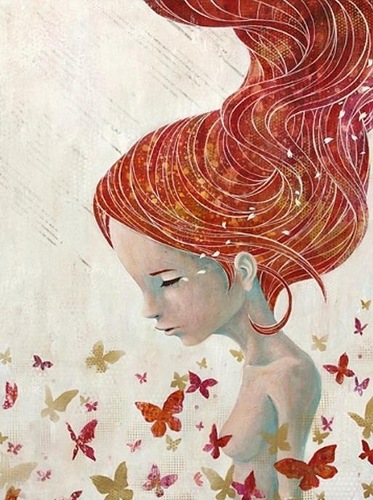 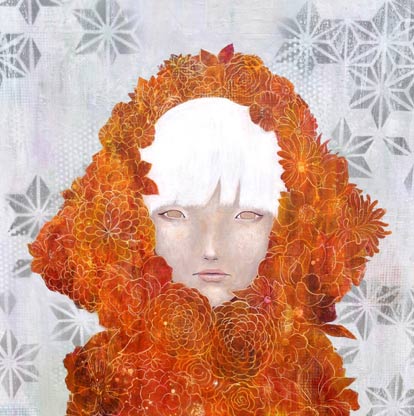