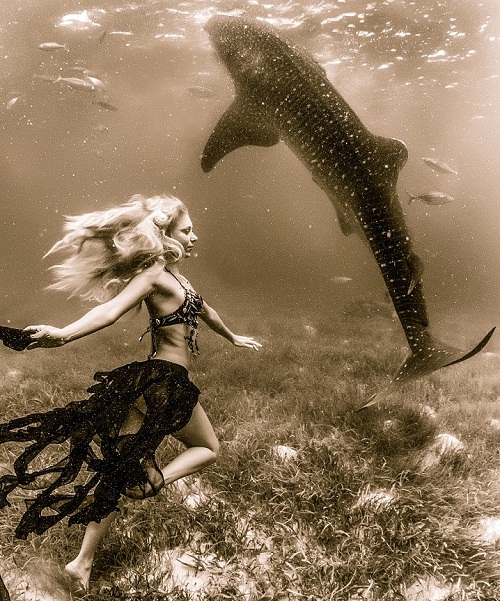 Photo-session of beautiful models with whale sharks
Beautiful fearless underwater models in the shoot with 30-foot-long whale sharks. International models Hannah Fraser, 36, and Roberta Mancino, 32, gamely dived up to 25-feet-deep into the ocean, complete with designer attire, for a one-of-a-kind photo-session posing in the wild with the 18-tonne world’s largest fish. The photographs of top-models perfectly mimicking the graceful poses of whale sharks in the tropical waters of the Philippines were taken by US photographers Shawn Heinrichs, 41, and Kristian Schmidt, 35, who spent four-months planning the five-day photo-shoot. 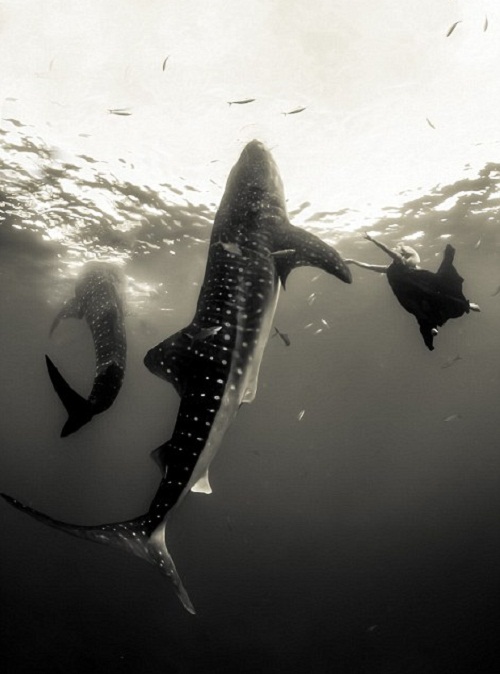 Extreme photo-session of a beautiful model with whale sharks

Mr. Heinrichs described how they were able to take the incredible shots, by tapping into the knowledge of locals in the Philippine village of Oslob, where fishermen have developed a special bond with the whale sharks they share the ocean with. 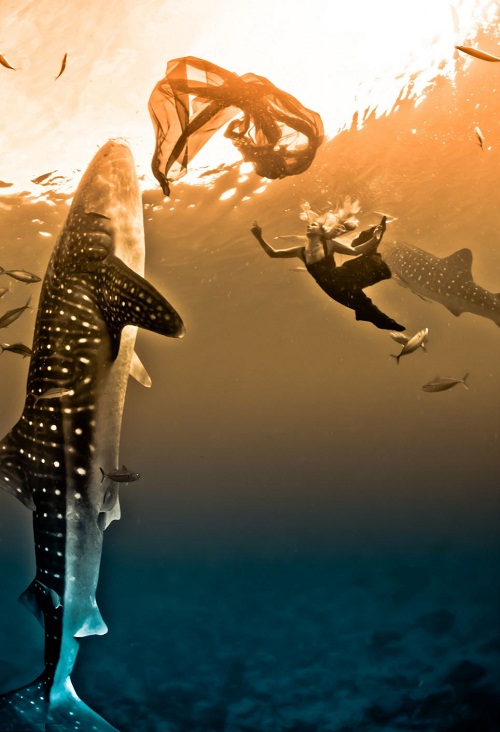 The underwater staged photo of whale sharks with a model

‘Each day the whale sharks come in to the shallow waters of the village and the fishermen feed them small handfuls of tiny shrimp,’ he said. ‘For a few hours a day, the whale sharks sit peacefully beneath the canoes waiting for a tasty treat. 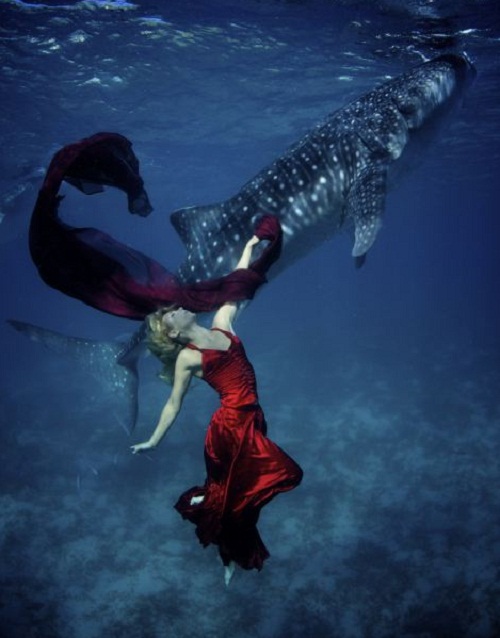 ‘The experience, confidence and natural beauty that Hannah and Roberta brought to the project was a decisive factor in making the shoot such a huge success.’ 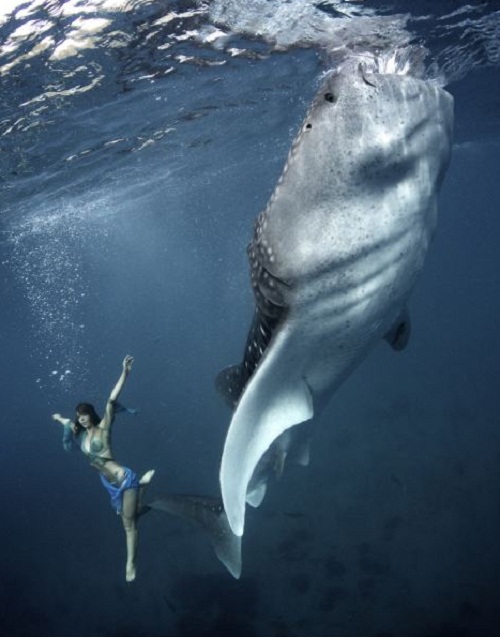 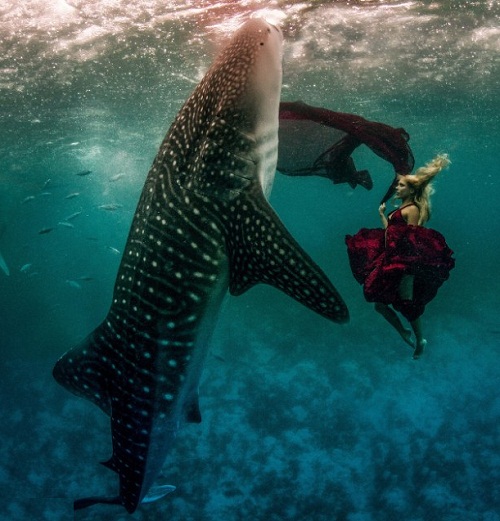 Fashion photo at the depth of the ocean, 30-foot-long whale shark looks giant comparing to a girl 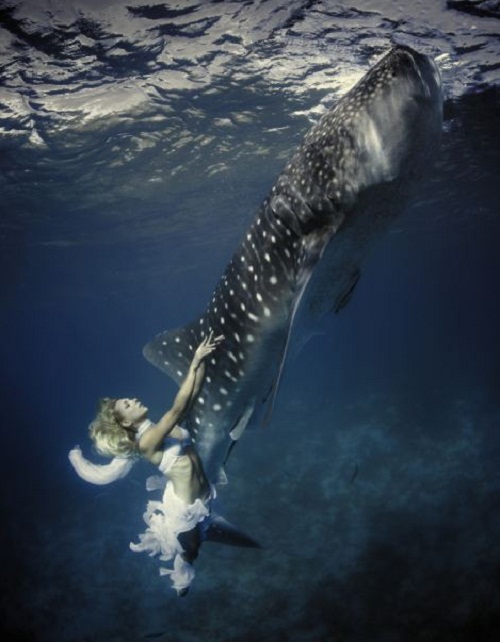 Swimming on the tail of a 30-foot-long whale shark 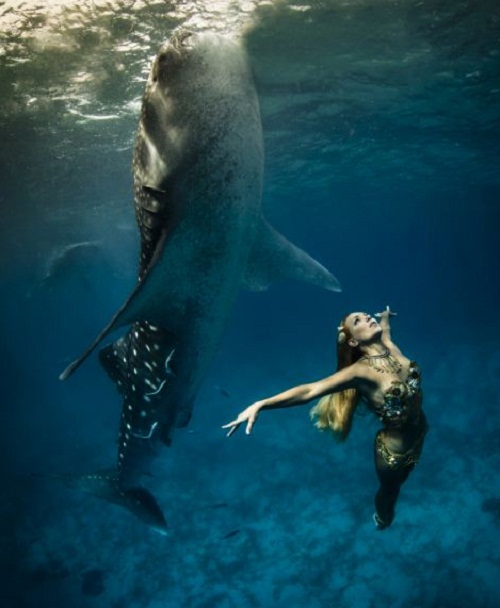 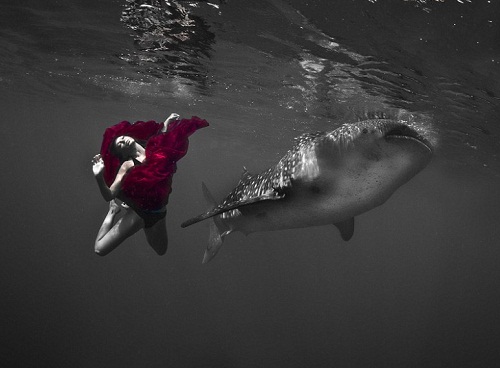 A model posing with a giant whale shark, extreme and dangerous underwater shoot 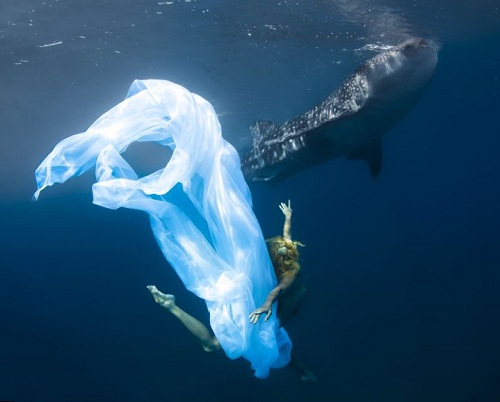 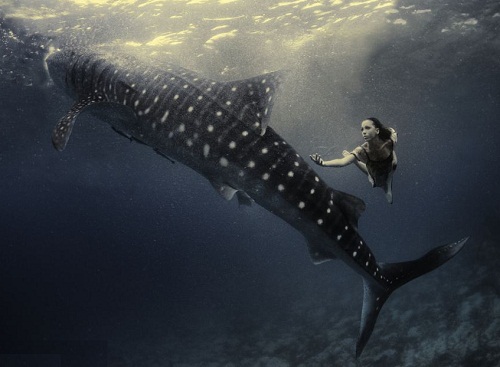 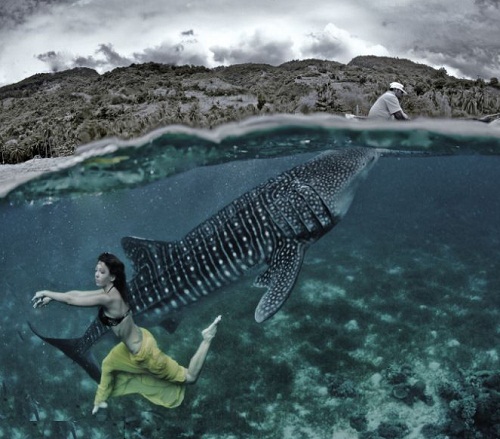 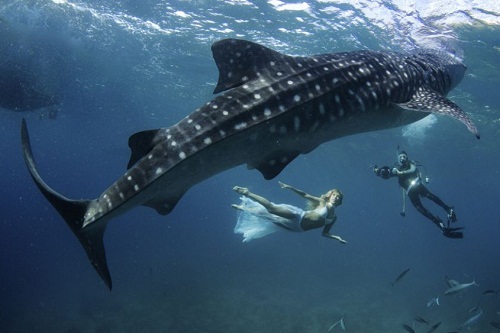