Ship Models Made of Human Bones 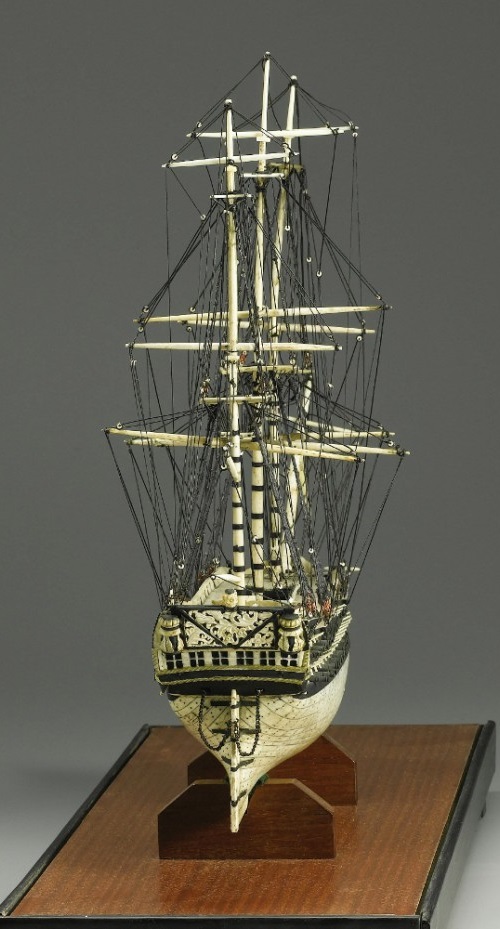 Ship Models Made of Human Bones
French prisoners of Napoleonic war spent over a decade in British care. To pass the time, and to earn money these prisoners made elite British Navy ship models of human bones. Traditionally, for the creation of ship models self-taught masters used beef, mutton, human bone and any bone they came across. Meanwhile, pigs around the Prisoners-Of-War camp also helped roving uncovered human skeletons buried in shallow graves. First, after gathering bones prisoners boiled the bones. Next, bleached them in the sun, to make the bones easier to shape and carve. In addition to human, cattle, and mutton bones, prisoners made use of their own hair to fashion sail rigging, and tissue paper to create sails. On several occasions, visitors to the camp from nearby villagers and British officers would smuggle in pieces of turtle shell, silk, tools, and metal foil for the Frenchmen to use. Noteworthy, the price of historical relics tend to reach tens of thousands of dollars at auctions.

Ship Models Made of Human Bones 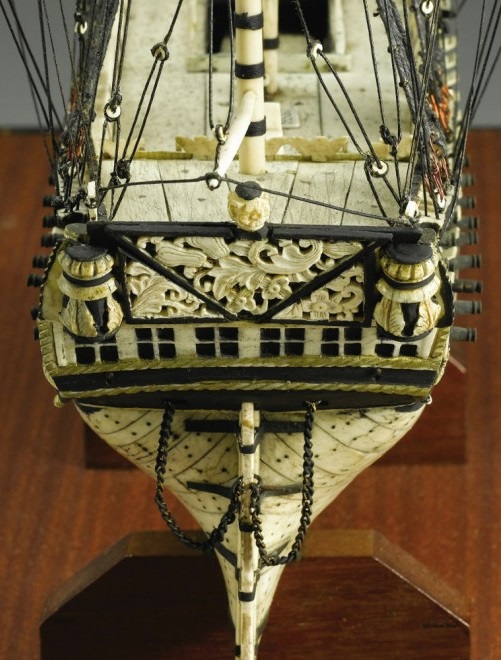 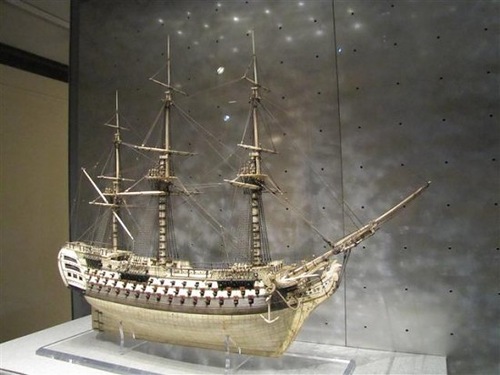 An example of ship. To pass the time, and to earn money the prisoners made elite ship models 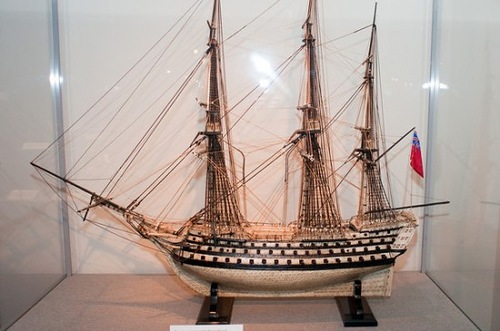 Exhibited in the Museum ship models 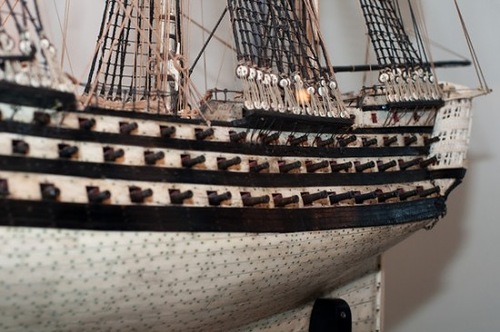 Detail of the ship hand carved from bones 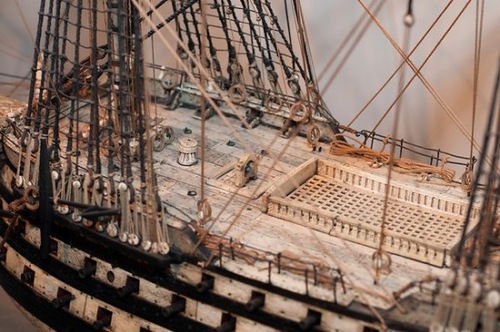 The thoroughfull and accurate work of the ancient masters is amazing 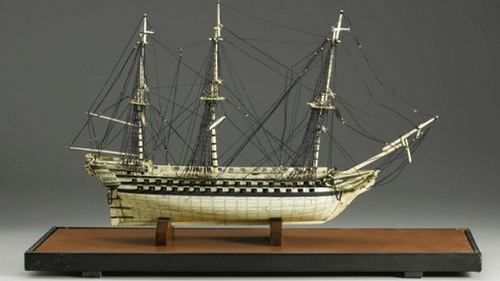 One of the models. Traditionally, for the creation of ship models self-taught masters used beef, mutton, human bone and any bone they came across 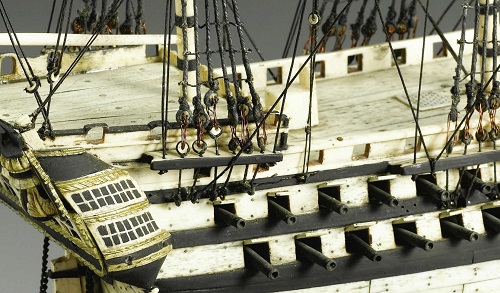 Example of skill and knowledge of the subject