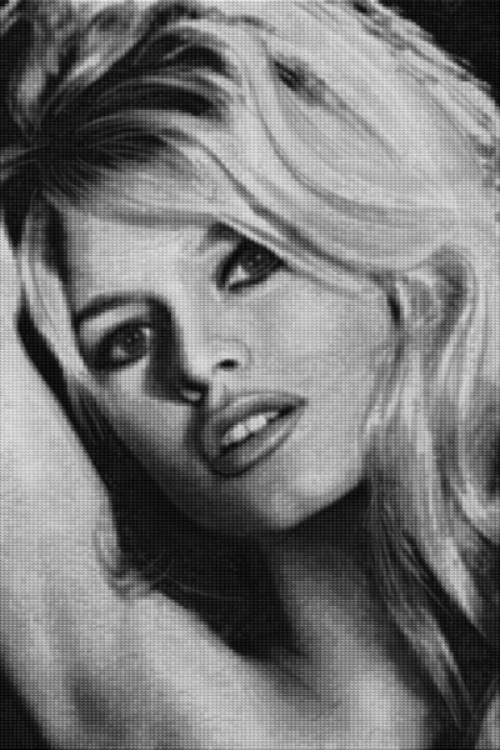 Photomosaic by Alex Guofeng Cao
Born in 1969 in China, Alex Guofeng Cao now lives and works in New York. According to Alex Guofeng Cao, he came to New York searching for his pursuit. As a result, photography easily became his passion. Meanwhile, the most recent body of work by Cao is a series of images of popular culture icons. At a glance almost anyone can identify some if not all of the characters in the menagerie of stars. But, upon closer inspection, one can see that these stars are composed of a constellation of tiny repetitive images each slightly differing from its neighbors. The arrays of miniscule visages that compose and conspire to form the larger portraits are iconic images themselves. 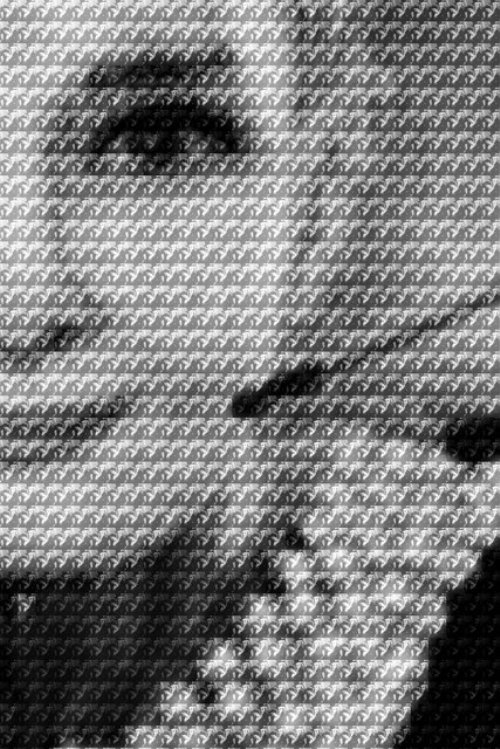 Close-up Audrey Hepburn portrait made of photographs of Dietrich 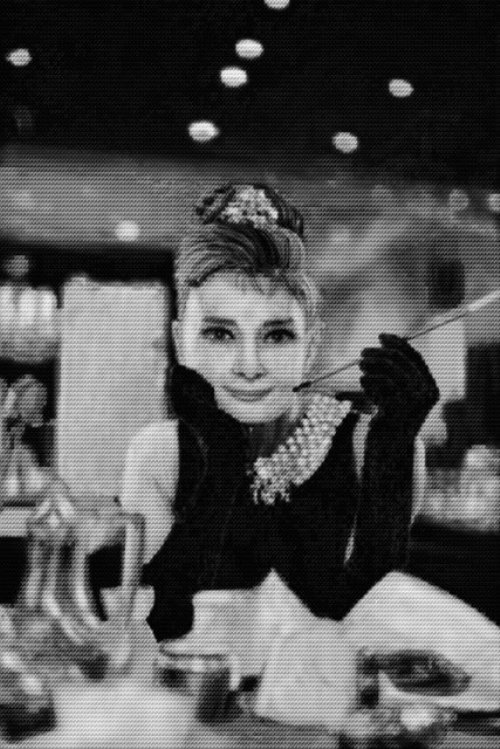 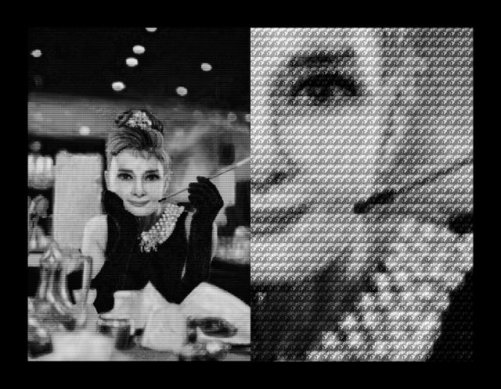 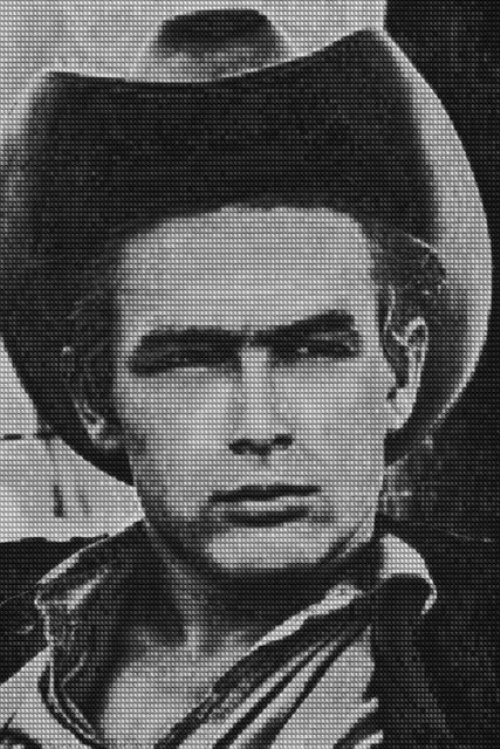 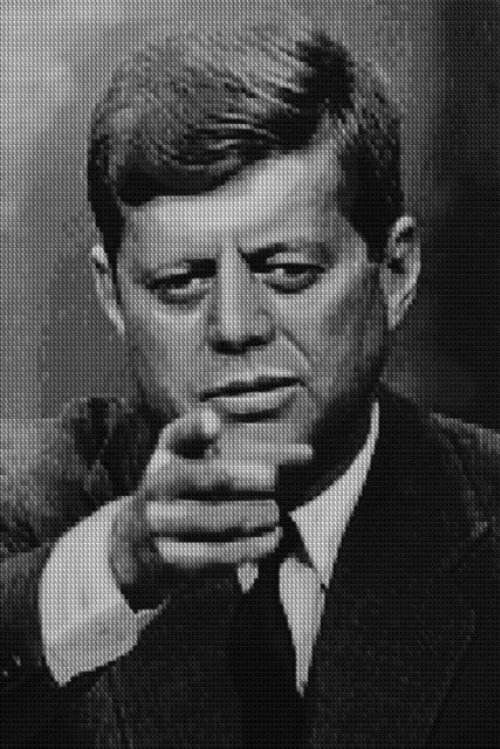 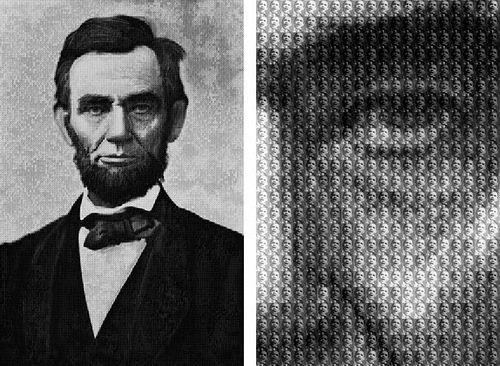 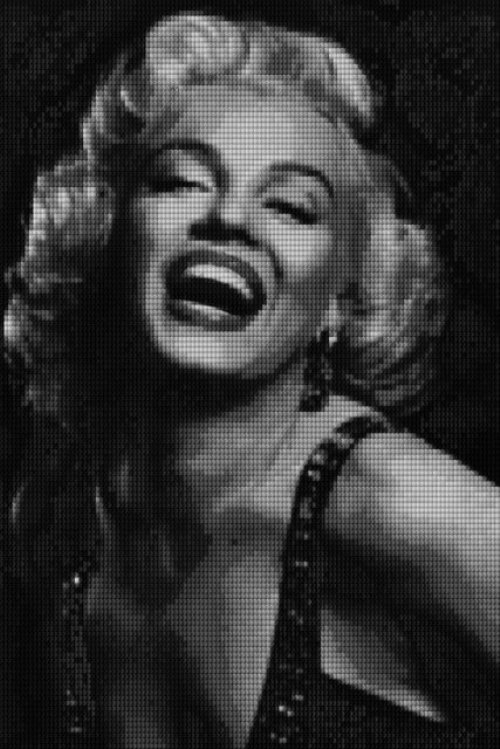 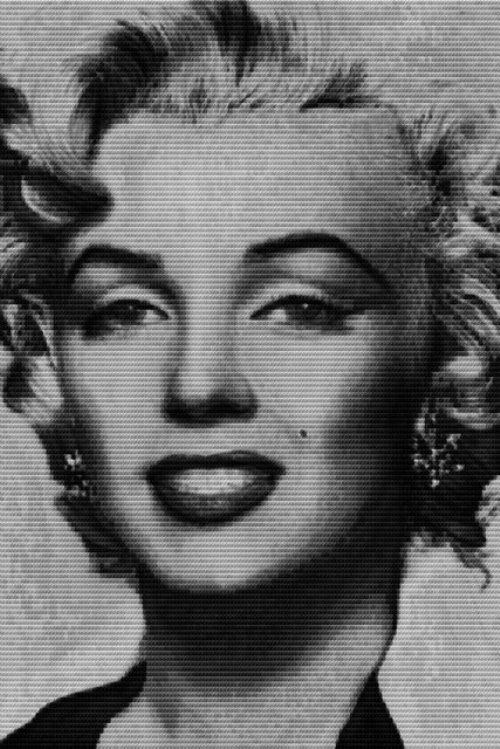