Portraits of gum by Anna Matveeva 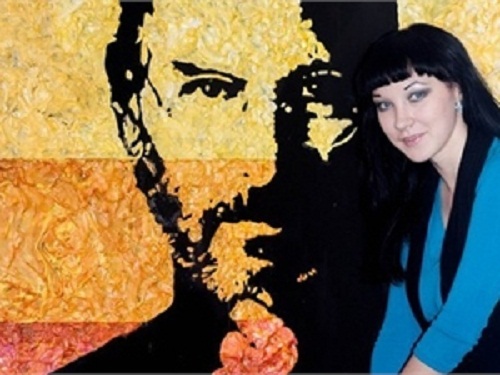 Work by Donetsk based artist. Portrait of Steve Jobs, created with chewing gum. Portraits of gum by Anna Matveeva

Portraits of gum by Anna Matveeva
Beautiful 22-year-old Donetsk based artist Anna Sophia Matveeva has created the whole gallery of portraits, using chewing gum instead of a brush and paints. According to the artist, to create one picture she needs from 500 to 1000 colored chewing gums and three weeks of work. Noteworthy, each portrait weighs at least five kilograms. Soon, Anna is planning to present her works at a solo exhibition. The creative girl has molded portraits of world famous people. In particular, Steve Jobs, Elton John, Michael Jackson, and Luchescu – a coach of a local football club “Shakhtyor”. 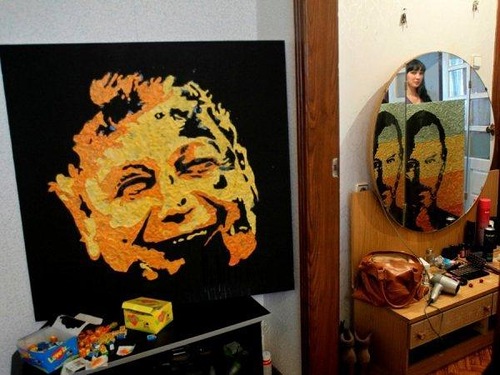 22-year-old Anna Sophia Matveeva says, that she came up with the idea of making art with chewing gum by accident. Once, she was traveling with a friend in a car, and they were both chewing sweet strawberry gum when she realized the elastic texture of the gum could be an ideal art medium. So, she found a few brands of colored bubble gum and decided to give it a go, although, it wasn’t as easy as she thought. Instead of chewing on every piece of gum, Anna tried soaking it in water and then modelling them with her hands. In addition, she noticed the material to become crumpled and difficult to stick to the canvas. Later, the artist has learned it’s an enzyme in our saliva that makes the gum such a great material to work with. And she realized it was impossible for her to chew all the gum she needed. Naturally, the artist herself would not have coped with this task, so, to the creative process connected her family and friends. And they readily agreed, because not every day they could have the privilege to combine business with pleasure and chew gum in the name of art.

Portraits of gum by Anna Matveeva 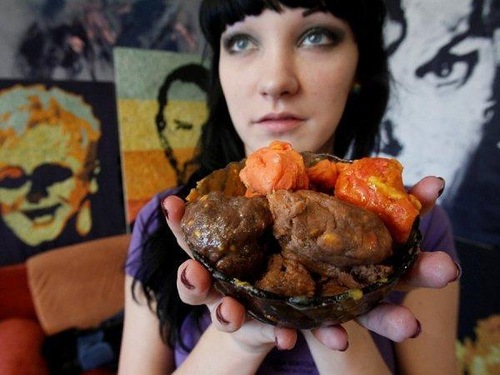 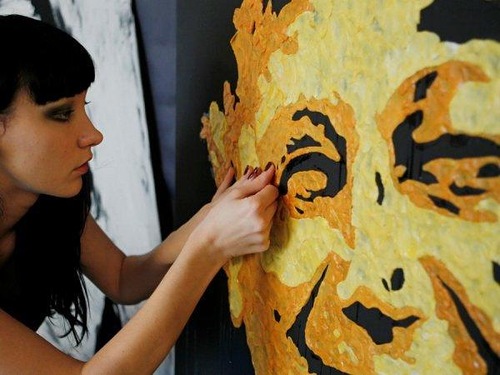 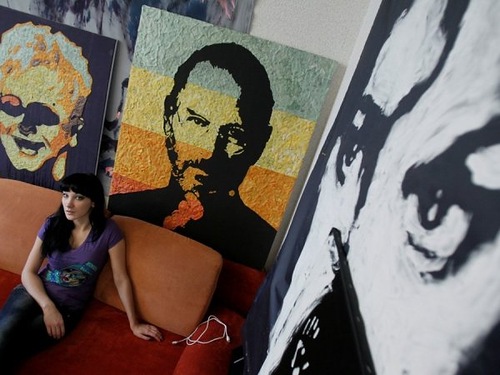 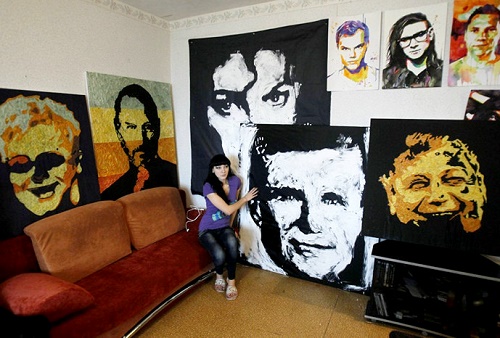