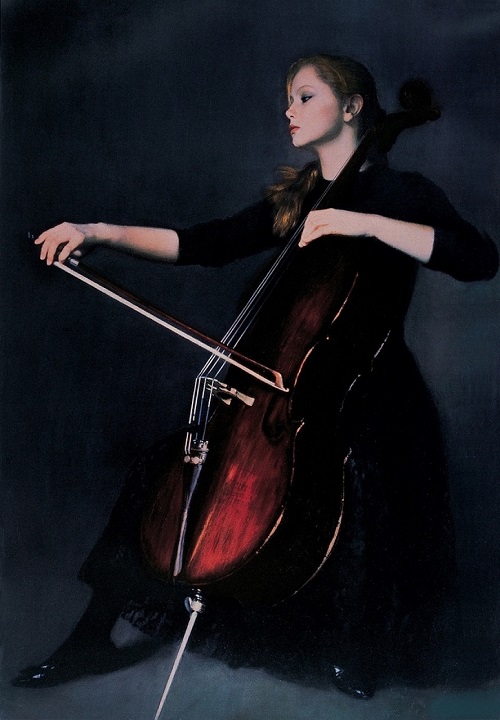 Realistic painting by Chen Yifei
Chen Yifei (April 12, 1946 – April 10, 2005) was a Chinese realist artist and a filmmaker. He graduated from the Art Institute of Shanghai. In the era of the Cultural Revolution, was known for large-scale portraits of Mao Zedong and large paintings on revolutionary themes. Chen Yifei graduated from the Art Institute of Shanghai in 1965. He lived and worked in the United States. After returning to China, Chen Yifei was one of the most commercially successful artists of the country and appealed to the cinema, directed two feature films and a documentary film “Escape to Shanghai” about the fate of Jewish refugees who fled to Shanghai from Nazi persecution. Chen Yifei died during the filming of his third feature film “Barber”. 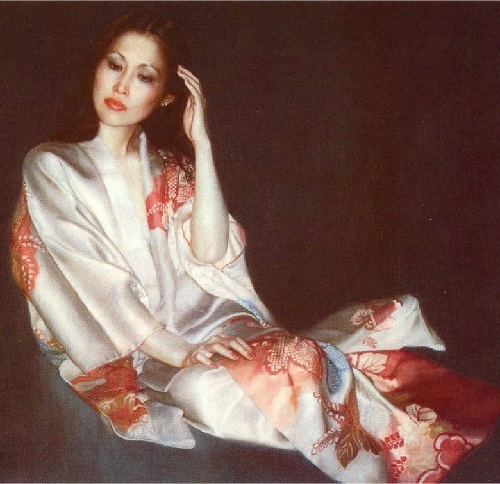 The oil paintings of Chen Yifei portray the combined sense of romanticism and realism. His beautiful women are often in traditional Chinese dresses, with musical instruments. There are many examples of this brand of painting including Young Cellists (1984) and Two Women and Fan (2003). Other works featuring Chinese women in traditional clothing include Beauty (Blue/Red) (1998), Beauty with Fan (2002), Group of Beauties with Fans (2004), Seated Beauty with Fan (1998), and Reclining Beauty (1997).

The realism of Chen’s works often evokes a photographic or cinematic feeling, inspired by the framing, lighting and positioning of the paintings. 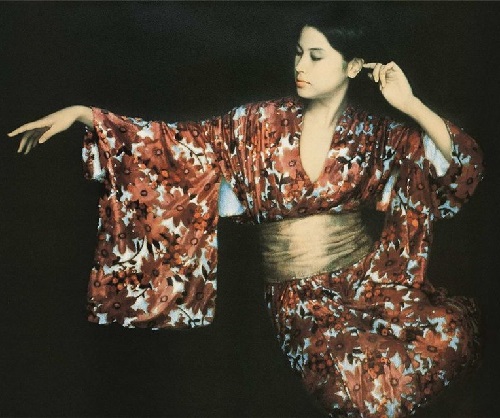 A woman in a red gown 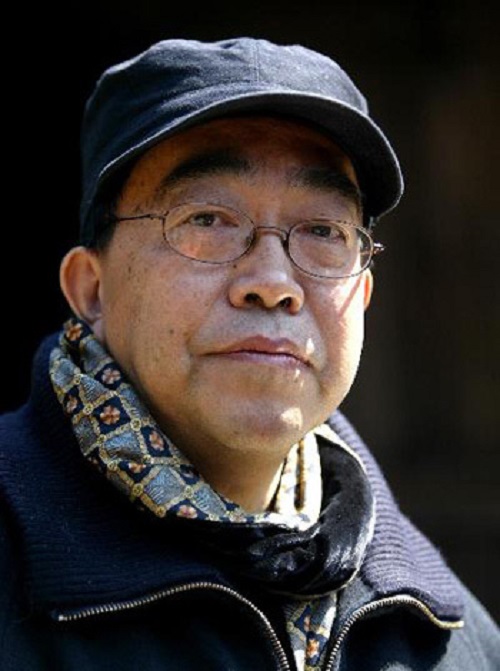 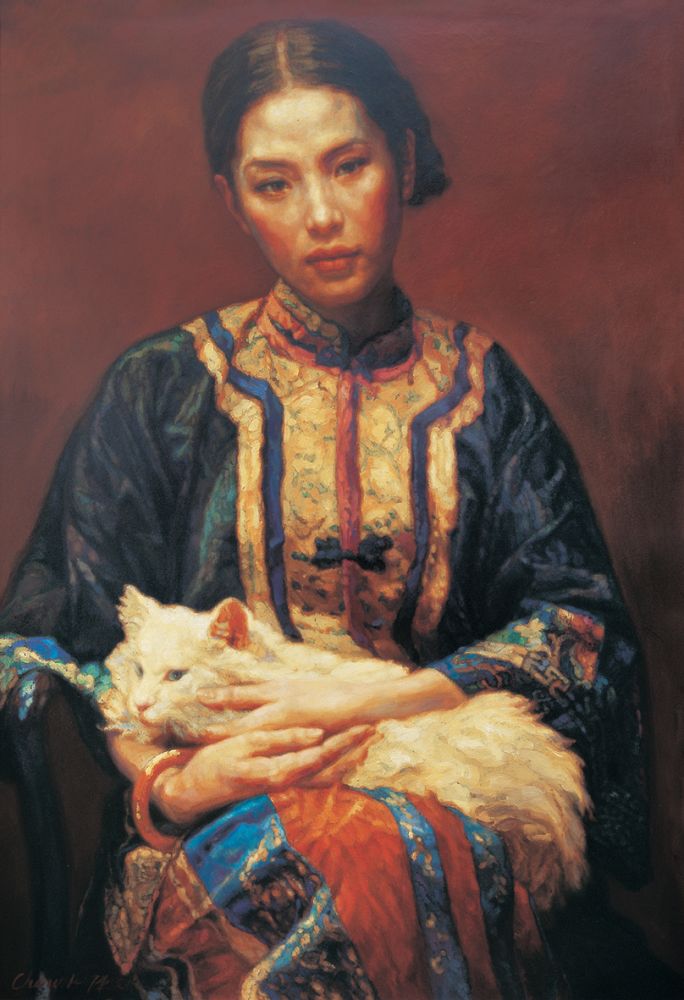 A girl with a white cat 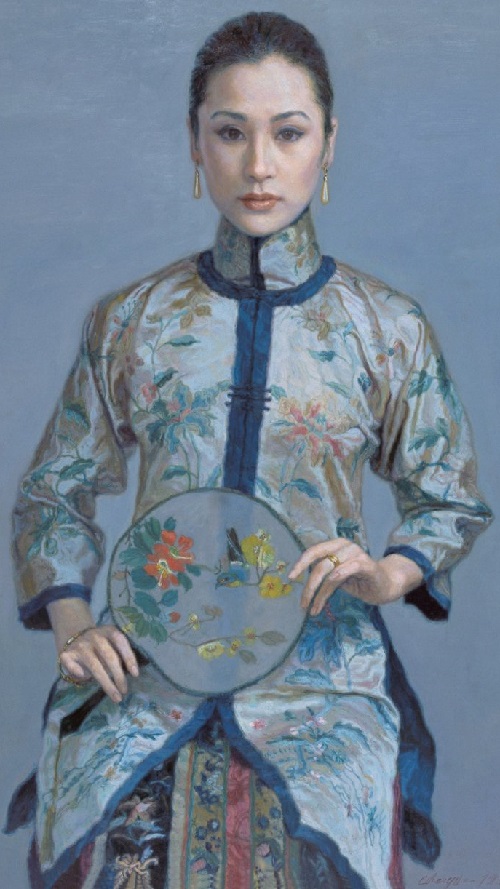 Beautiful woman with a fan 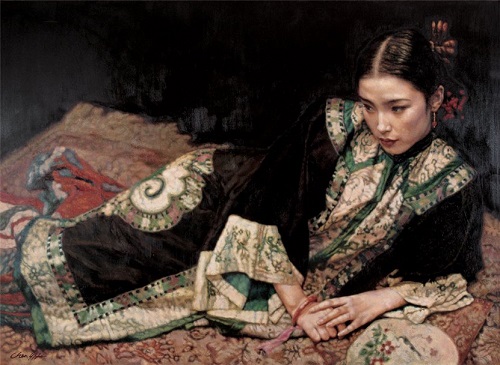 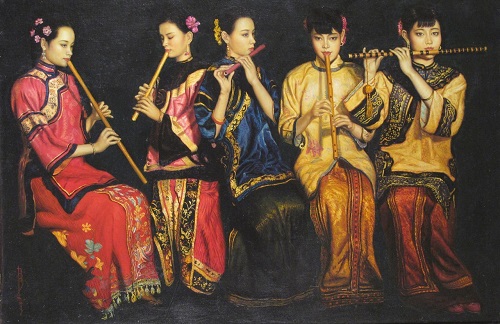 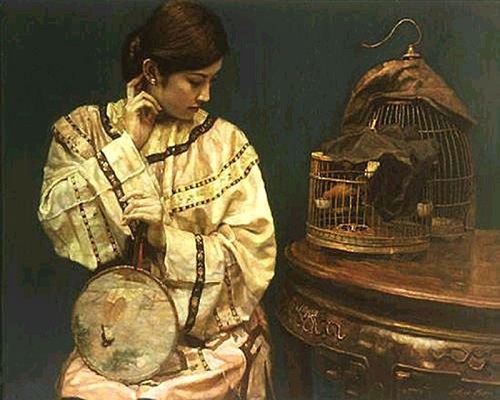 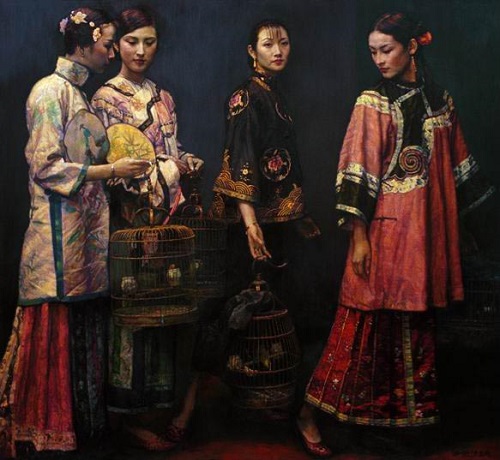 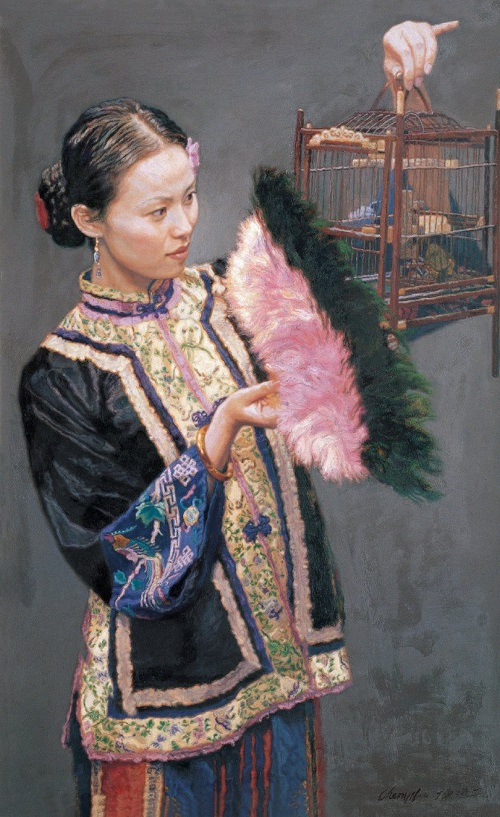 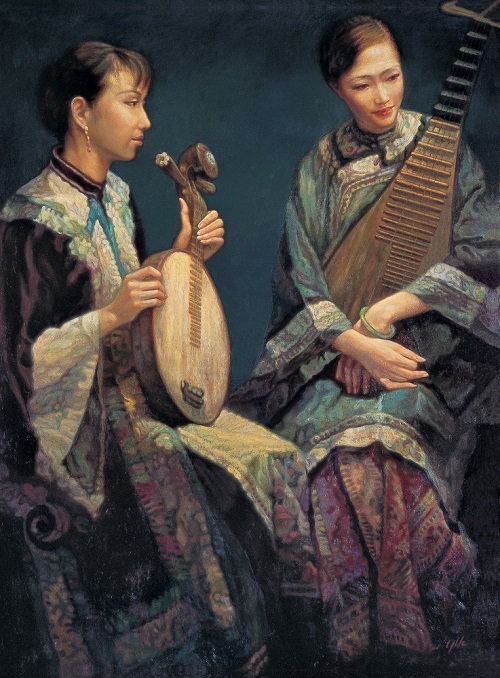 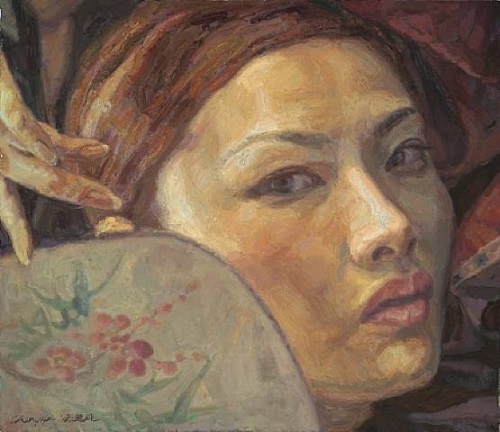