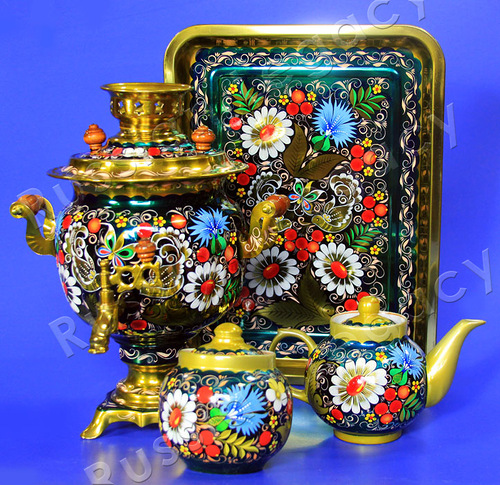 Traditional Russian Samovar
In the old days samovar, the traditional Russian tea water boiler, was the showy centerpiece of any Russian tea table. Meanwhile, the word “samovar” literally means “self-cooking”. And since ancient times, the old Russian city of Tula has been the center of the production of samovars. According to historians, the first samovar factory was founded in Tula in 1778. For producing Samovars craftsmen used various metals. In particular, cast iron, copper and brass, which could be plated with nickel, silver or gold.
Traditionally, Samovar was the sign of prosperity. And wealthy families used to have several samovars, from the ones used daily to those displayed only as decorative objects. Some even had a whole room dedicated to the samovar only. 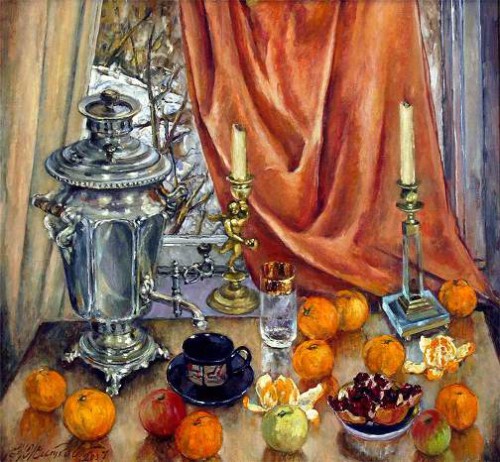 However, nowadays electric tea kettles have replaced the traditional samovars in everyday life. Nevertheless, traditional old samovars are still in use on festive occasions at home, on dachas, as well as in restaurants and hotels serving Russian teas. Even today the samovar is a symbol of the warm Russian hospitality.

Meanwhile, there are various shapes and sizes of samovars. The body of modern samovars is usually round, resembling either a cylinder, sphere, vase, pear, goblet or barrel.

Structure and parts of samovar 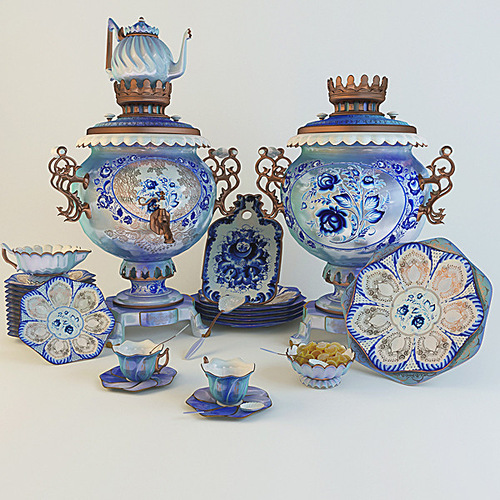 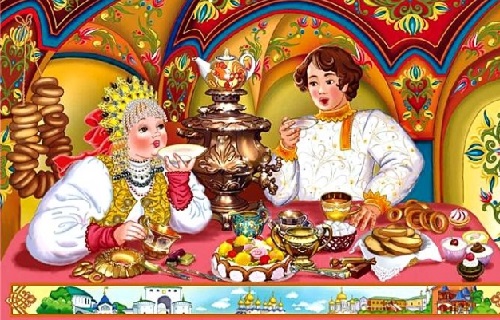 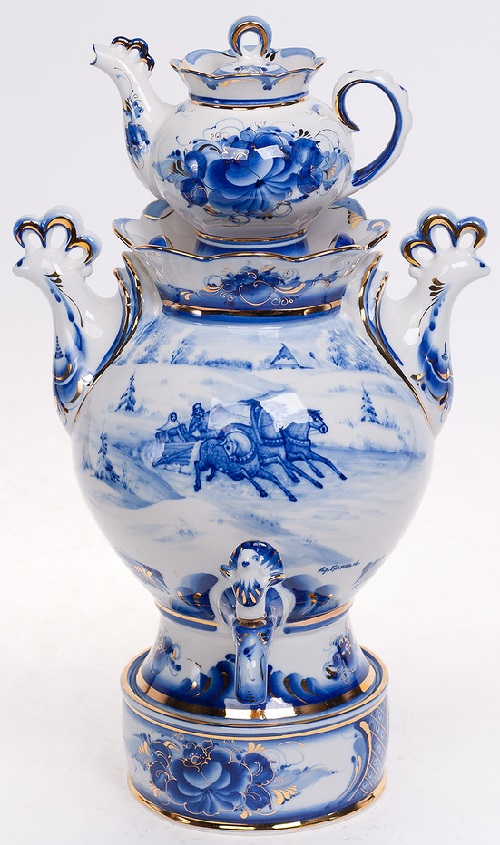 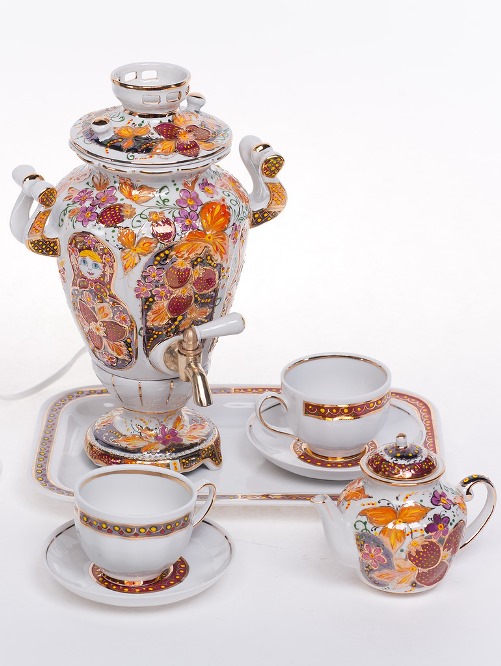 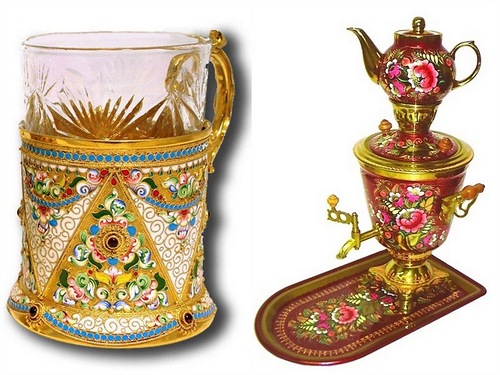 Glassholder, known as “podstakannik” (left)” and set of painted Samovar and teapot on tray 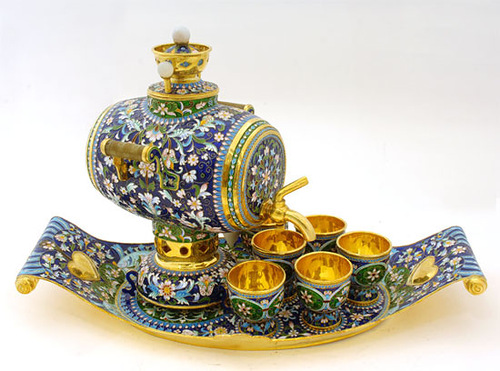 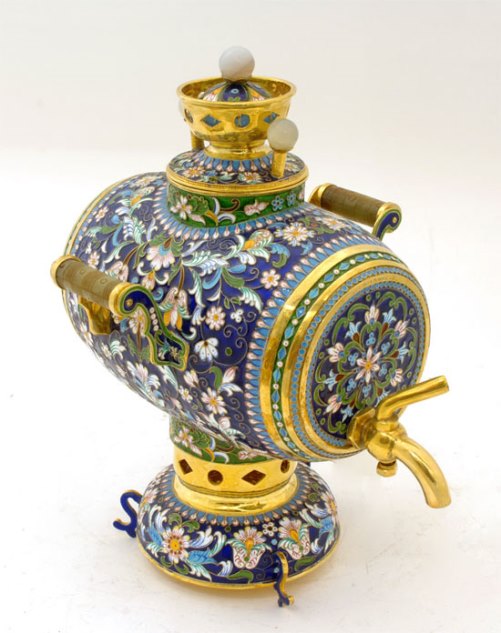 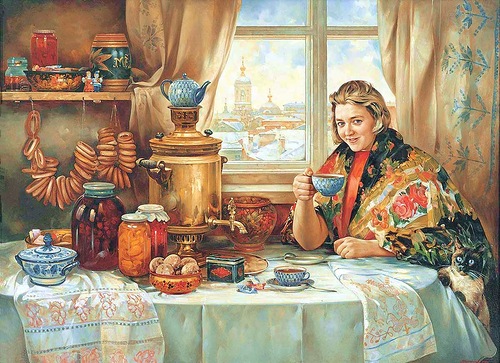 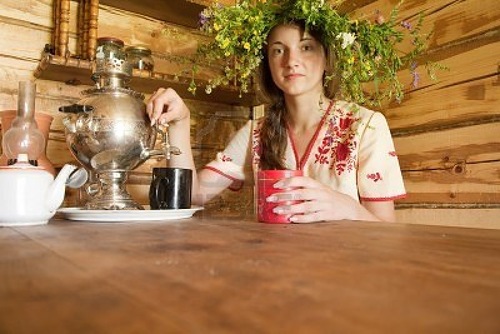 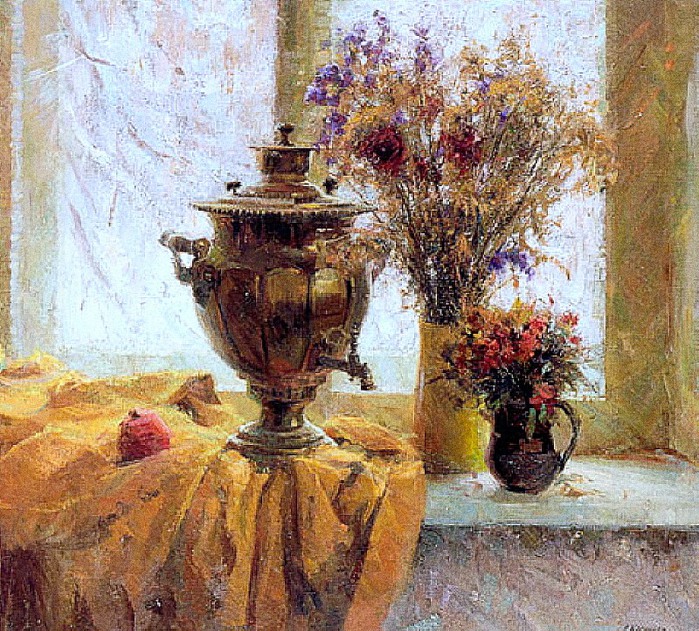 Alexandr Kosnichev (b. 1970). Still life on the background of frozen window 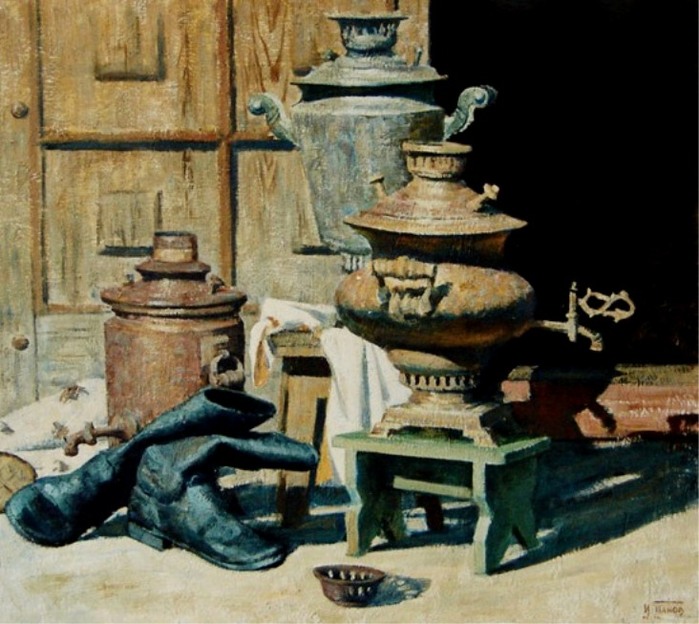 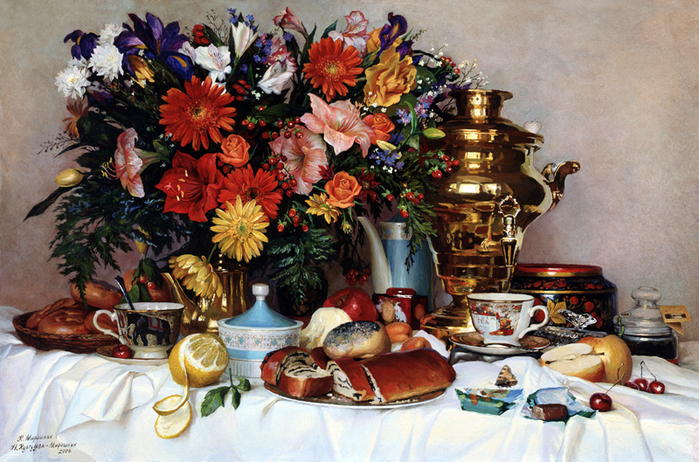 Konstantin Miroshnik (b. 1971) and Natalie Kurguzova-Miroshnik (b.1973). Russian still life 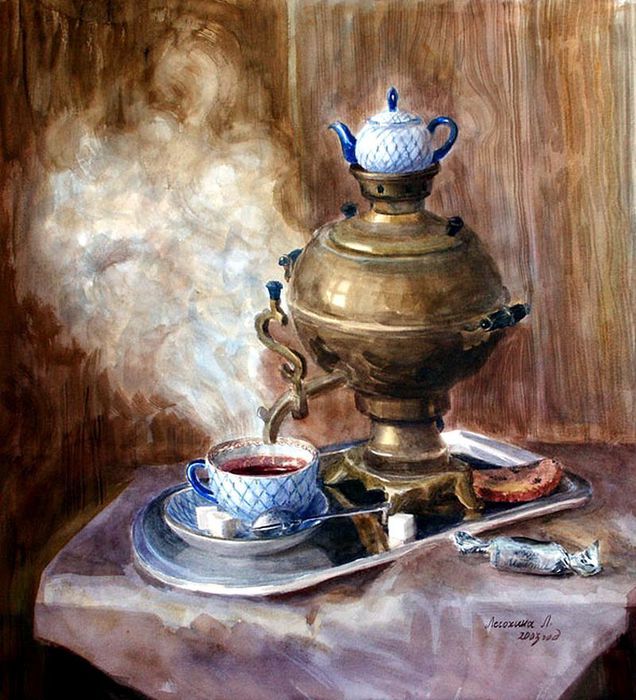 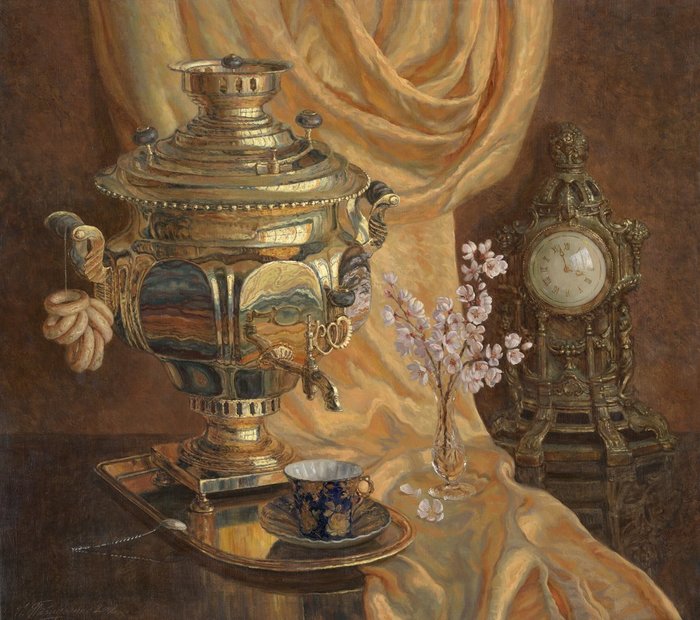 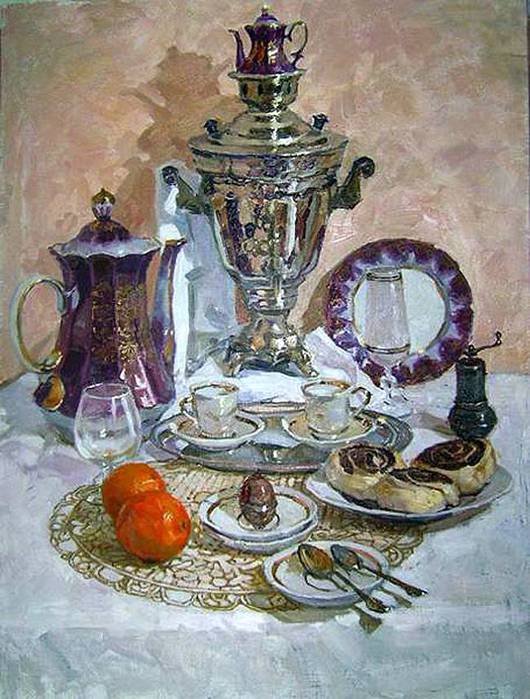 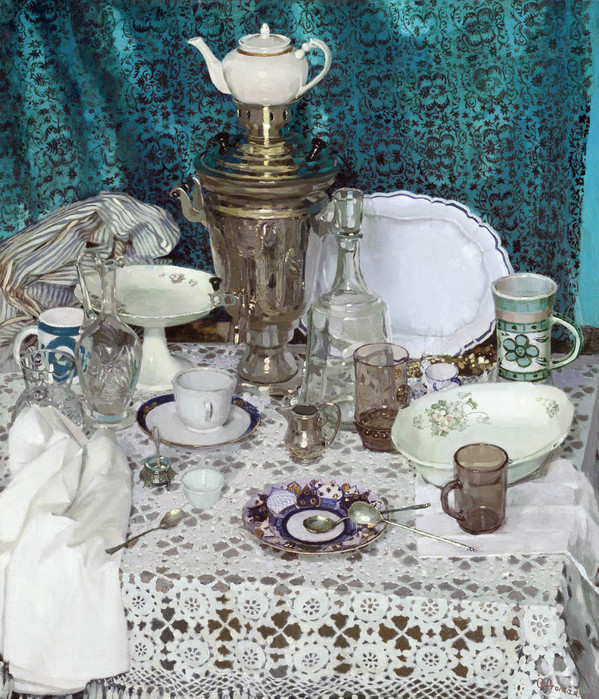 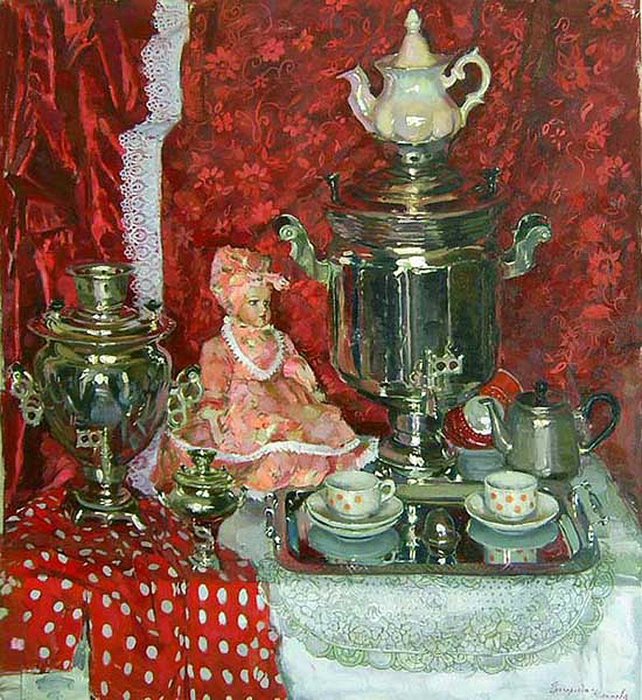 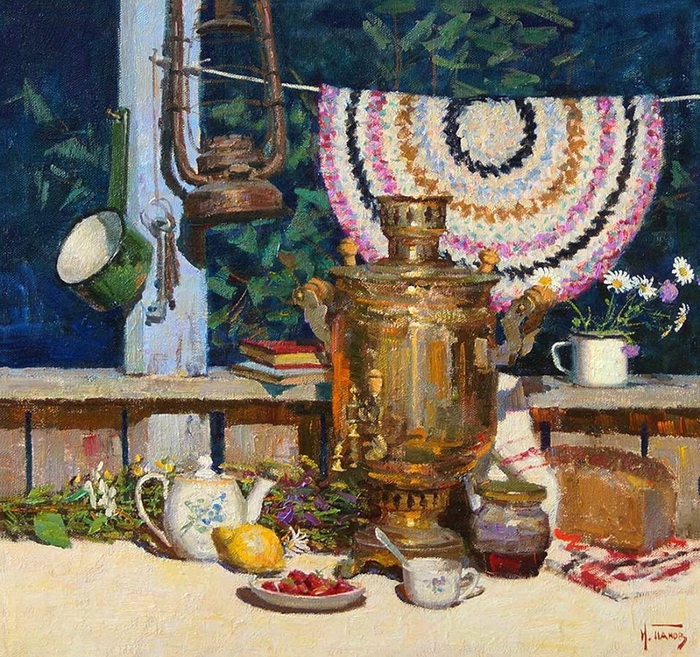