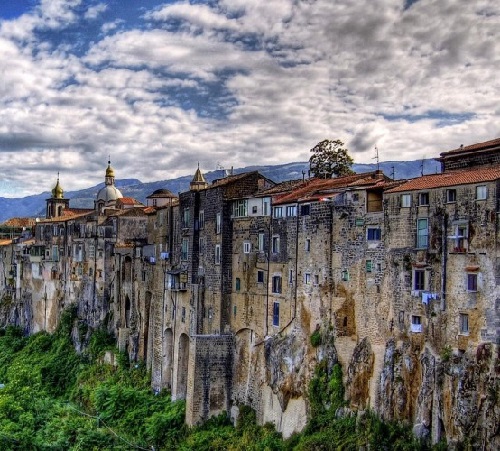 Gothic town SantAgata de Goti
Located 15 km east of Caserta and 25 km west of Benevento on the steep bank of a mountain river Martorana, the town looks impressive. Meanwhile, the city center is a semi-circle in terms of the correct diameter of 1 km. It stretches from north to south, and bounded on the west river. In fact, Sant’Agata de’ Goti is a comune in the Province of Benevento in the Italian region Campania. Located about 35 km northeast of Naples and about 25 km west of Benevento near the Monte Taburno. By the way, the name derives from the Gascony family De Goth who held it in the 14th century. 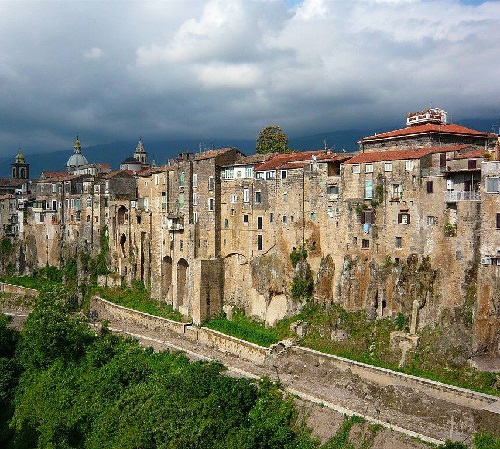 However, in the 4th century BC on this site already existed Satikula city, taken by the Romans during the Second Samnite War in 315 BC. Then, after the fall of the Roman Empire, Vandals and Goths seized the city, and built a fortress here.

Cultural heritage Sant’Agata-de’-Gothic is as diverse and interesting as its history. Divided into two streets Via Roma, the historic center, moving from south to north, you can see all the main attractions. In particular, in the south, in the eponymous square is the Church of the Most Holy Annunciation (Chiesa del Santissima Annunziata). 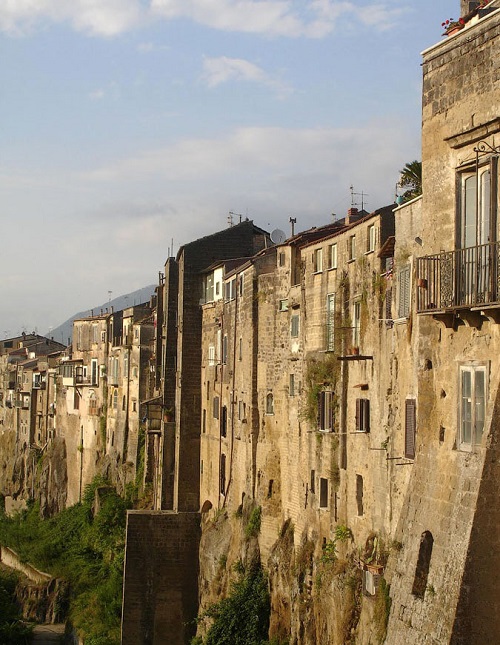 Besides, on the north side of the square there is the Norman castle with semicircular arcades on the ground floor and the mural in 1110, “Diana and Acteon” on the second. In addition, there is a Church of St. Mina (Chiesa di San Menna) of the 11th century, before the entrance of which is preserved Romanesque archivolt with lion heads. The church has three naves, separated by different columns and mosaic floor of the early 12th century. By the way, one of the oldest in southern Italy. 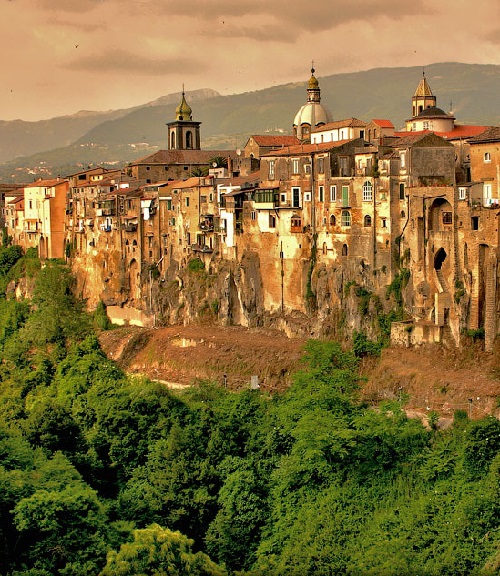 Outside the city (the south-east) is interesting Roman aqueduct that supplied water Caserta. And of course, with stunning views over the city. Noteworthy, at the end of July in the Sant’Agata-de’-Gothic takes place an international festival of costume cinema Sannio Film Fest. 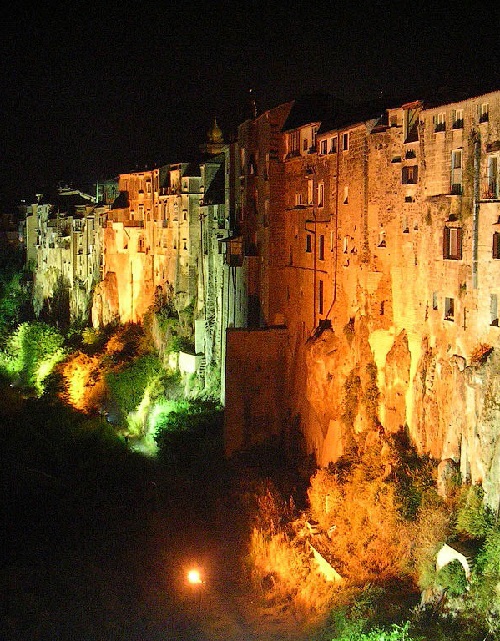 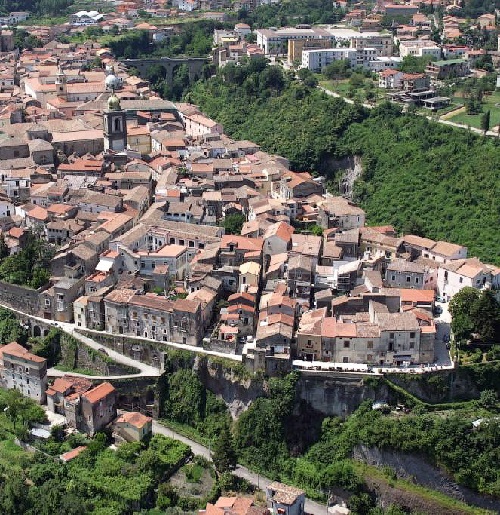 The view of the Gothic town Sant’Agata-de’Goti from above, Italy 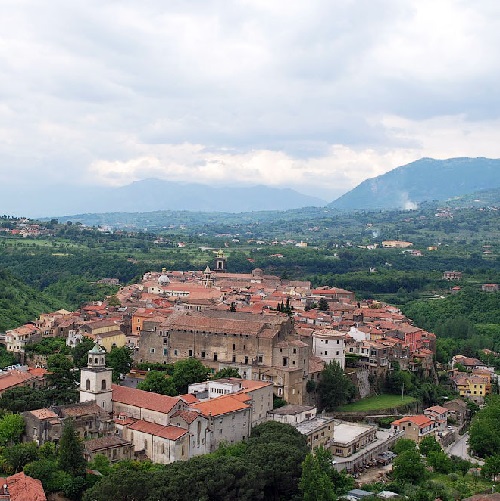 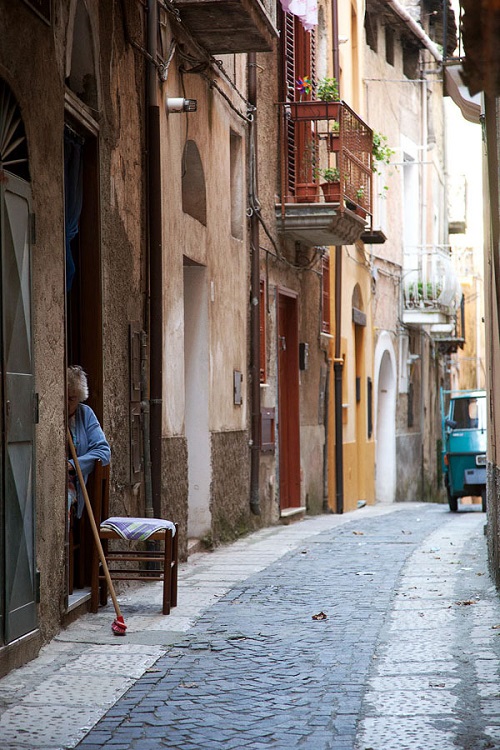 The street in the Gothic town Sant’Agata-de’Goti, Italy 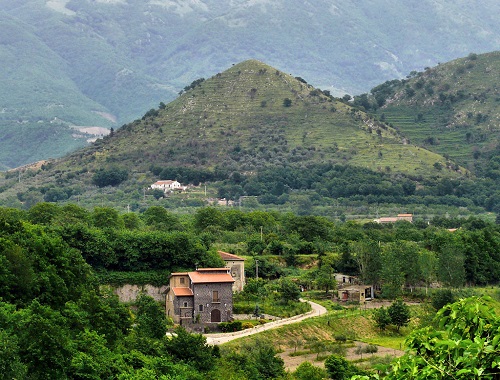 Look at the mountains – pyramids. Many researchers have considered them the remains of the ancient pyramids and call for excavations